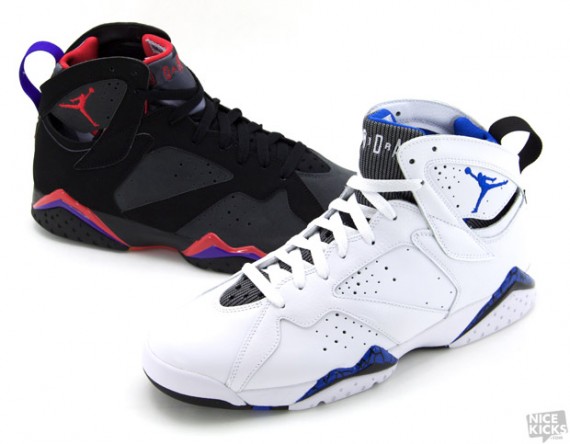 Just last week, we gave you a deeper look into the upcoming Air Jodan VII 60+ Pack.  As you may already know, the two sneakers were made to commemorate one of Michael Jordan’s greatest games of many: the Bulls vs. Magic game which took place on January 16, 1993, the day he scored an astounding 64 points despite a loss.  We now have even more pictures for you, for a better insight on the details of the pack like the quality of the nubuck on the Raptor’s colorway, worn by MJ, and the cement-like design on the midsole of the Orlando Magic colorway.  Also, the tongue of the Magic colorway features a pinstripe design similar to the Nike Air Penny 1, paying homage to Anfernee “Penny” Hardaway who played on the Magic. Wrapping the sneakers up is tissue paper containing a nice Air Jordan 7 sole print.  The shoes are releasing on August 15th with a retail price of $310.  via Nice Kicks