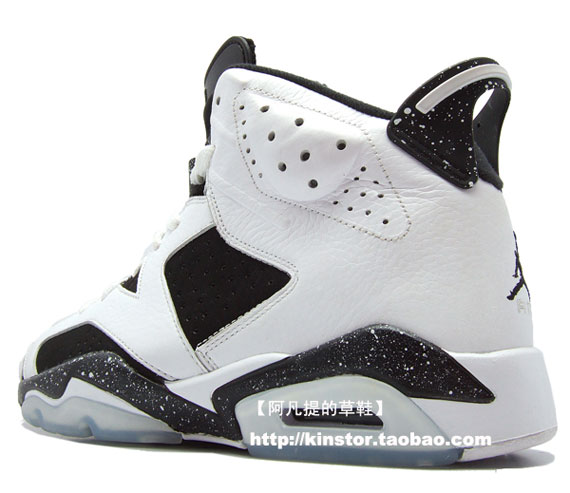 Even though the Air Jordan IX’s are coming back in a few colorways, it’s definitely looking like 2010 will be the year of the AJVI’s. Aside from the two OG colorways, we’ve also seen a variety of other new versions of the Air Jordan VI such as the Motorsports and Pistons editions, as well as a few others, including a GS model. After the OG’s, perhaps the most anticipated will be the White/Black “Oreo” colorway. Here we get our most thorough look yet at this interesting addition to the Air Jordan VI family. The shoe sports a White leather upper with choice panels in Black suede and some speckled graphics on the midsole, lace lock and heel tab to really give the shoe that Oreo look that was popularized by the 1999 Air Jordan IV colorway. These are expected to hit Jordan retailers in March, but for the time being, enjoy some in-depth detailed images of the eagerly anticipated kicks after the jump. Via Kinstor. 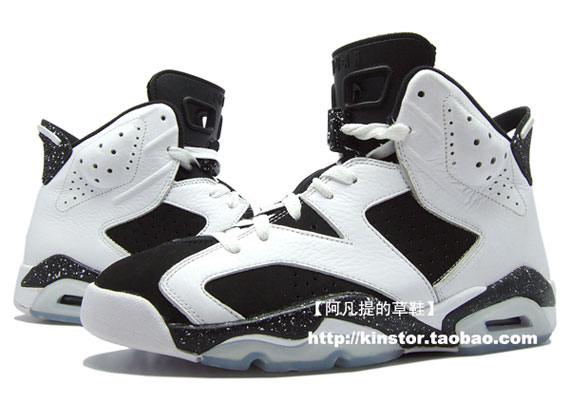 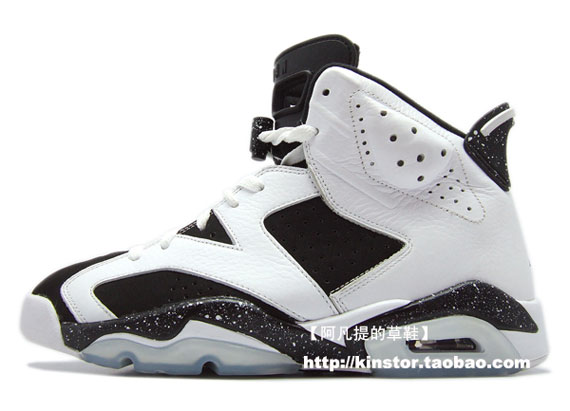 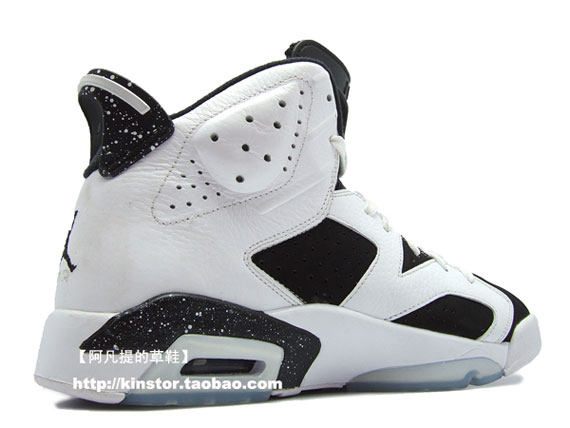 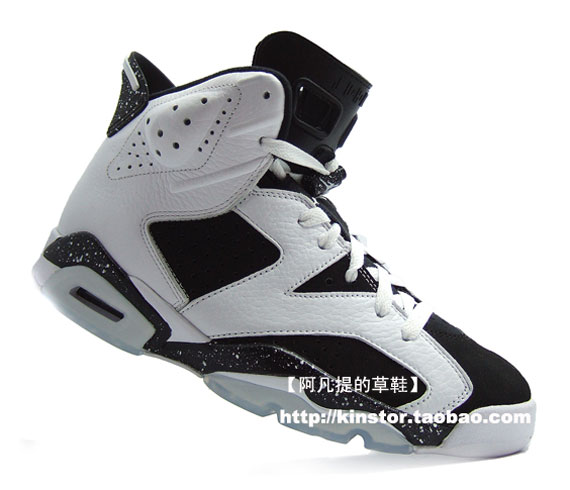 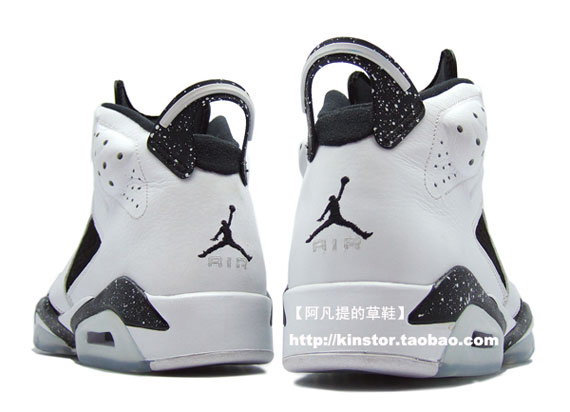 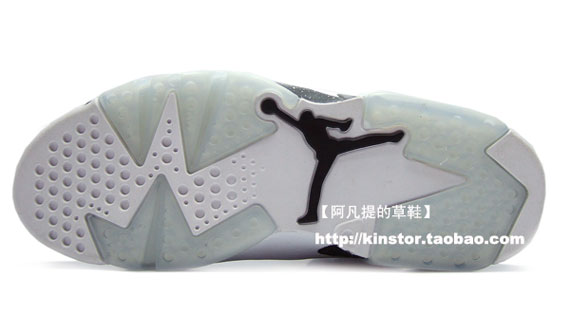 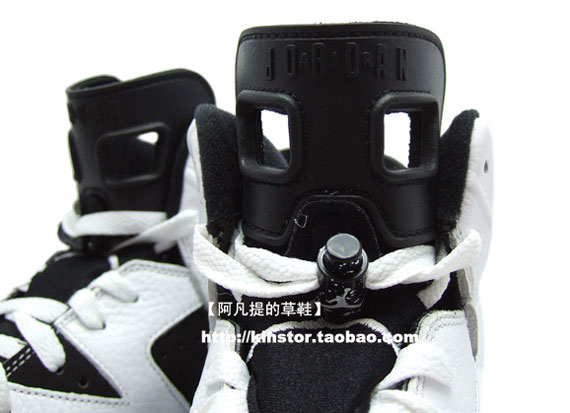 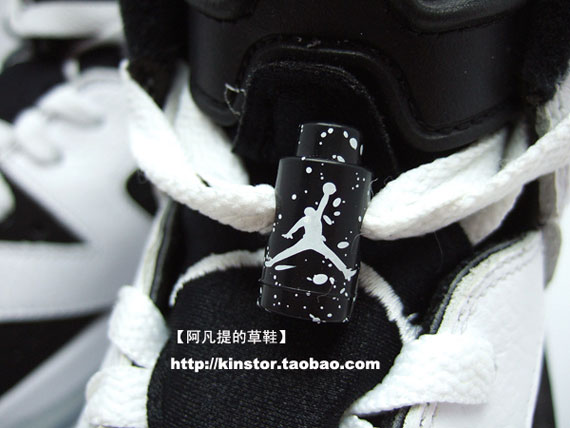 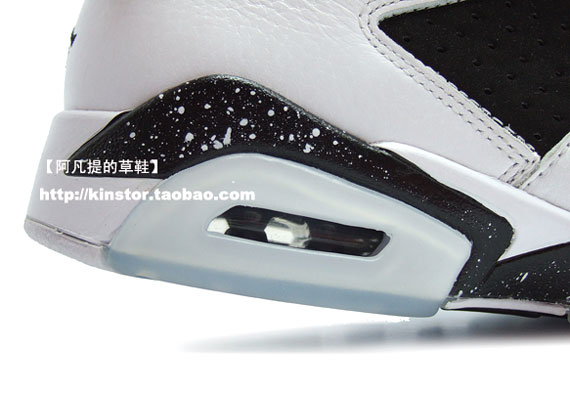 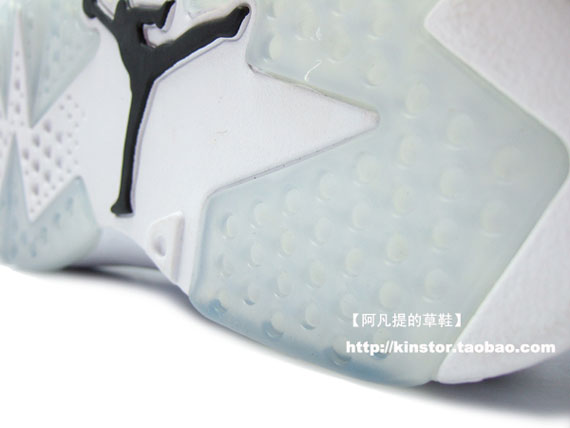 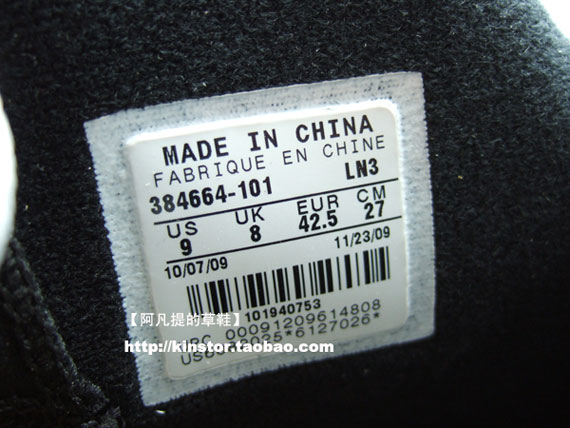