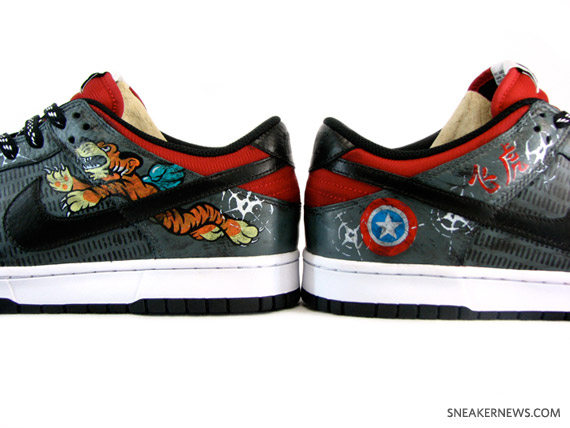 Settling this sort of thing would probably be even messier than boxing’s current picture, but we’d nominate SBTG among the heavyweights of sneaker customization. Case in point: their Nike Air Force 1s and Dunks for Chinese New Year 2010.

Valentine’s Day, February 14th marks the new Year of the Tiger and Royalefam are marking the metal Tiger with the SBTG Premium Flying Tiger Nike Dunk Low pictured above. They’re made to resemble fighter plane graphics made famous by the Flying Tiger ‘volunteer’ group of Americans who joined up with the Chinese Air Force in late 1941 (they were actually making about three times what they originally earned stateside, possibly the most subtly-streetsmart reference on a sneaker, ever).

Another Dunk joins the battle, this time a hightop from the new SBTG Basics line. The lows are more detailed, so these are more affordable. A similar design has also been applied to the AF1 Metal Tiger. All three pairs will release on the ‘other’ V-Day, Sunday, Feb 14th. Click the jump for more photos, plus a video from Royalefam. 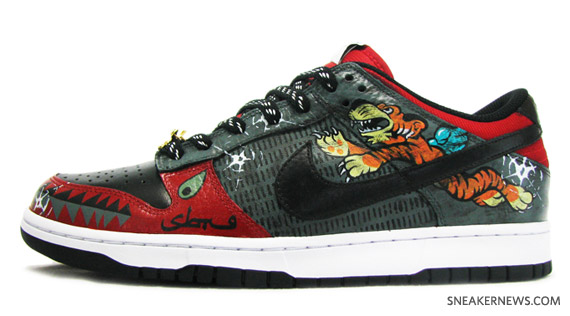 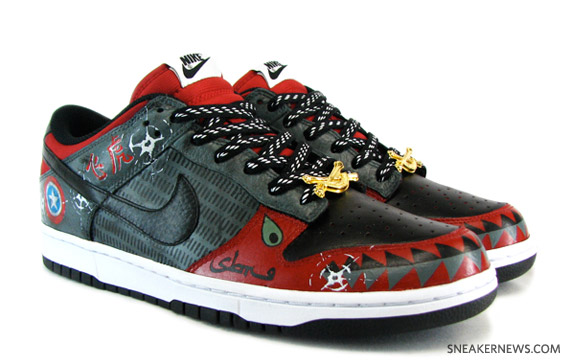 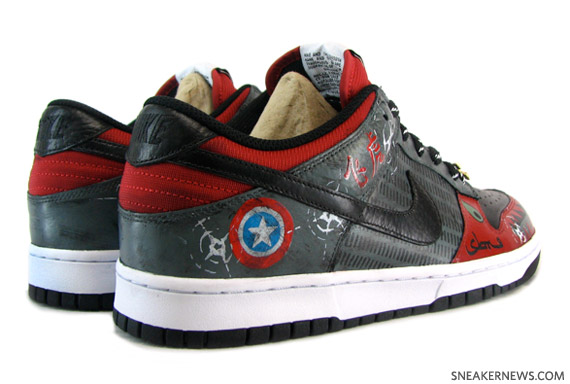 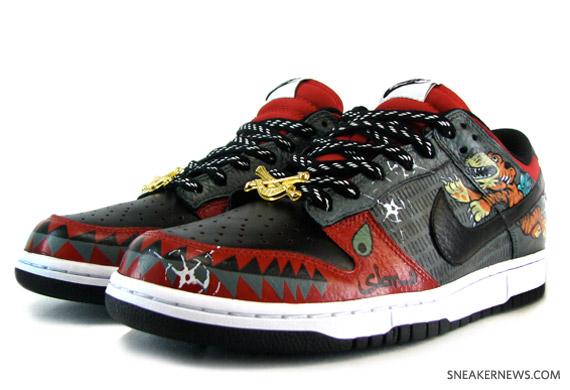 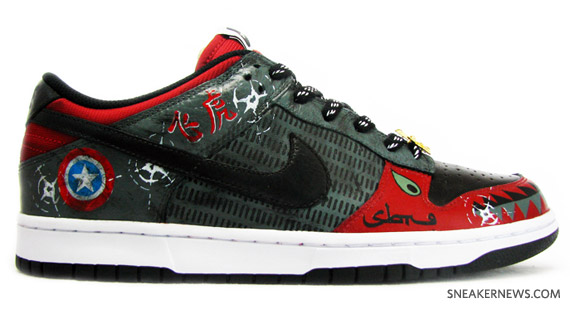 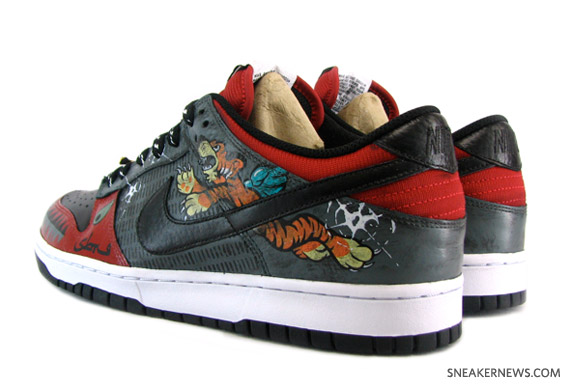 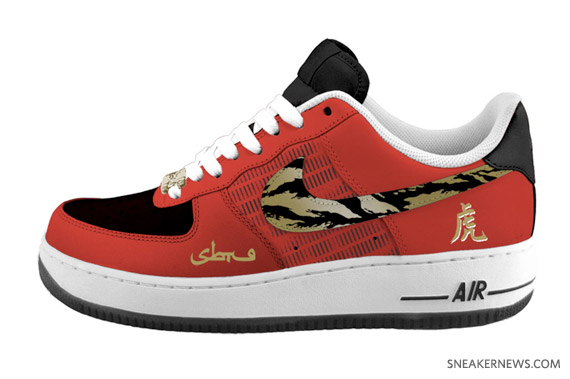 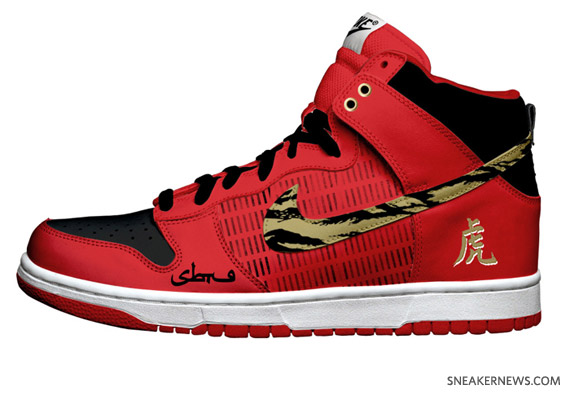