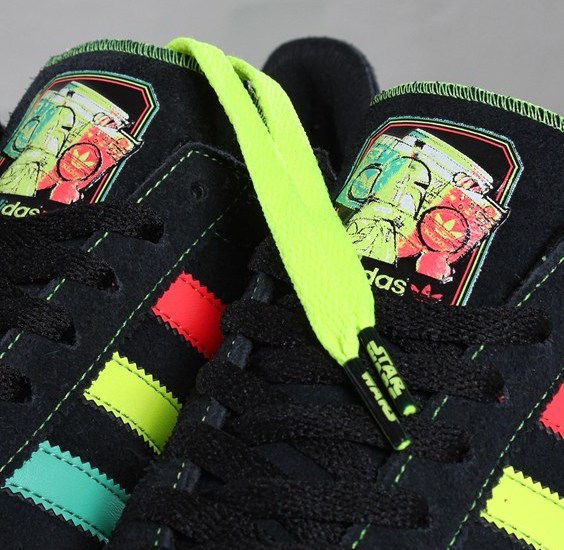 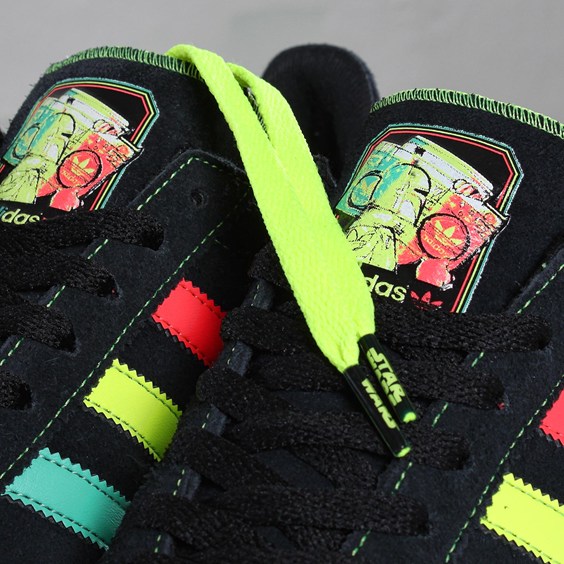 The latest Star Wars x adidas Originals sneaker is a model that offers a statement on the timeless quality of beloved designs.  This new adidas Originals Gazelle 2 is done in black suede with rastafied accents, but the real draw here is seeing the bounty hunter Boba Fett rocking a huge ghetto blaster.  So this model first sold in 1968 features a character who debuted in 1980s’s The Empire Strikes Back while holding a boombox most prominently seen in the decade following that film’s release.  Pretty crazy combination, even for 2011, but the timing is just right and they’re available now from Three Stripes accounts like SNS. 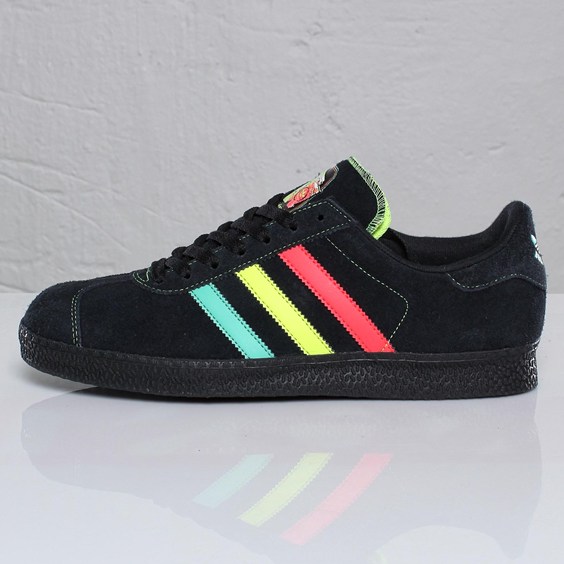 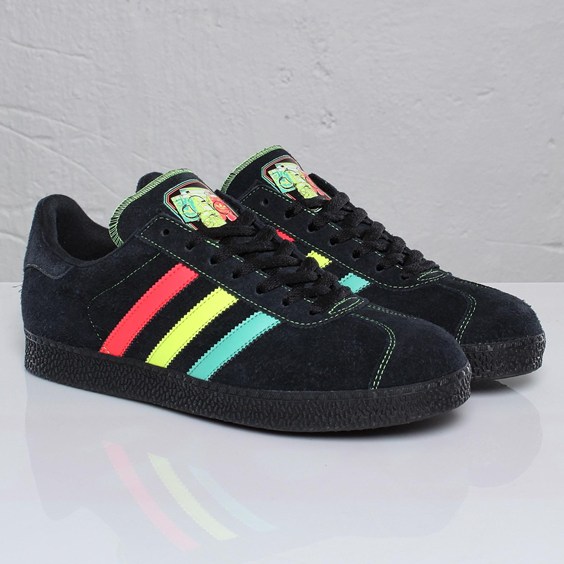 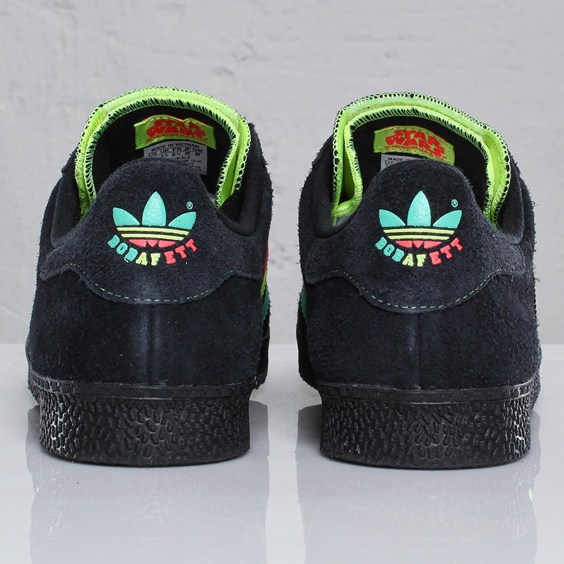 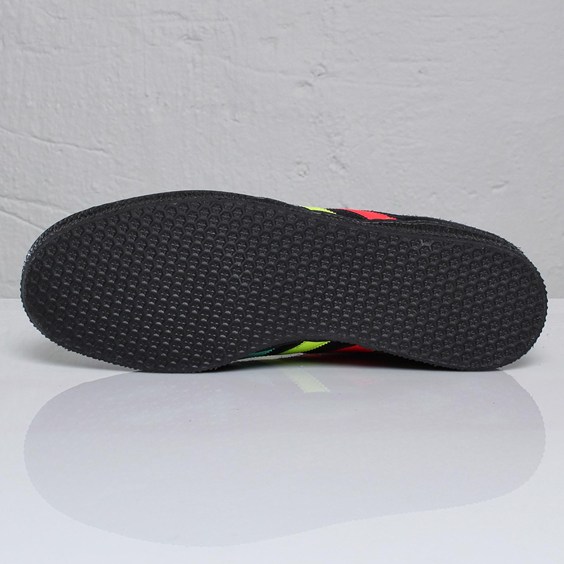 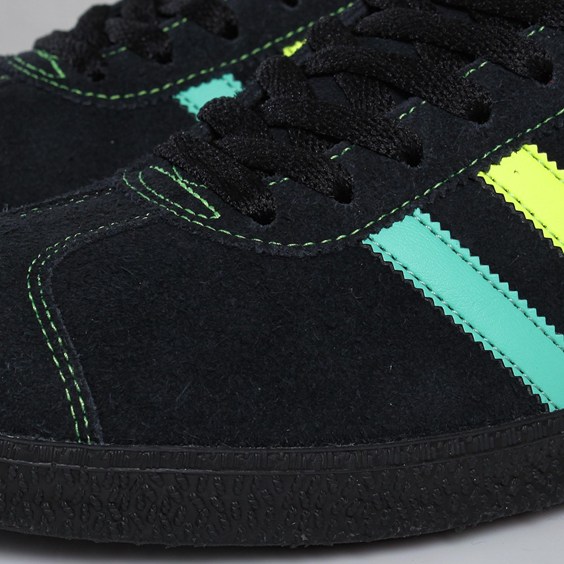 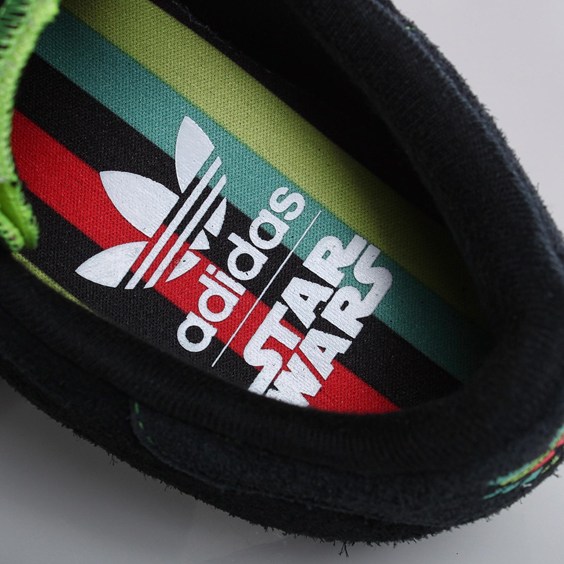