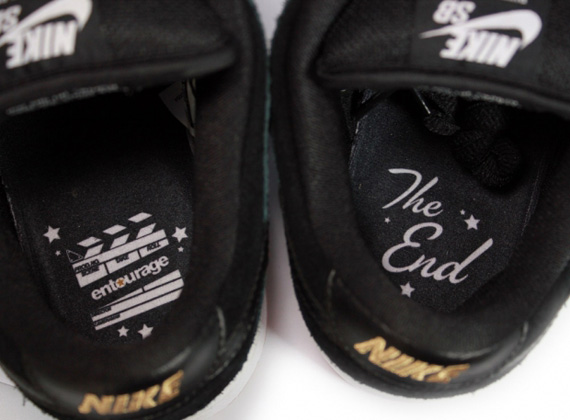 The hit HBO show Entourage went out on top, leaving a generation of TV-viewers with a hypothetical first-hand view at the life and times of movie-star’s tumultuous career and a heap of one-liners from Ari Gold. To commemorate the eighth and final season, Nike SB teamed up with a few individuals tied to the show and created a special pair of the SB Dunk Low, featuring a simple tonal-black upper with elephant print accents and Entourage branding and labels around the shoe. Originally noted as a Friends & Family release, the Entourage x Nike SB Dunk Low would later resurface in slightly altered form – no Entourage label on the tongue, and a new gum outsole.

News of the release has been up and down and subject to change, but according to TSG, it appears that this special release, like the show it was designed after, will be gone for good. However, with the shaky nature of the release information surrounding the shoe, who knows what could happen? A release at a later date? Consider these cancelled for now, so let us know if you’re disappointed or indifferent at this news. If you still need these in your collection, a few of the F&F versions are available now on eBay. 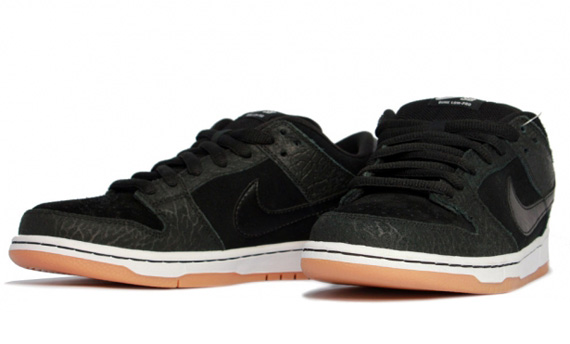 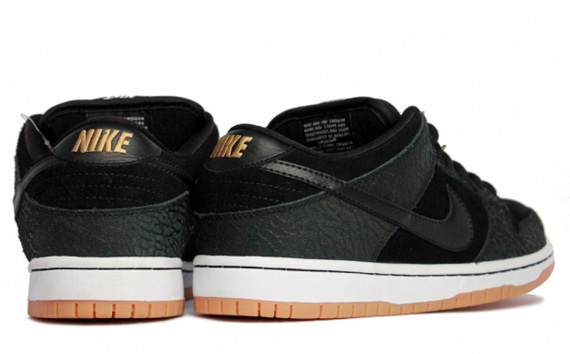