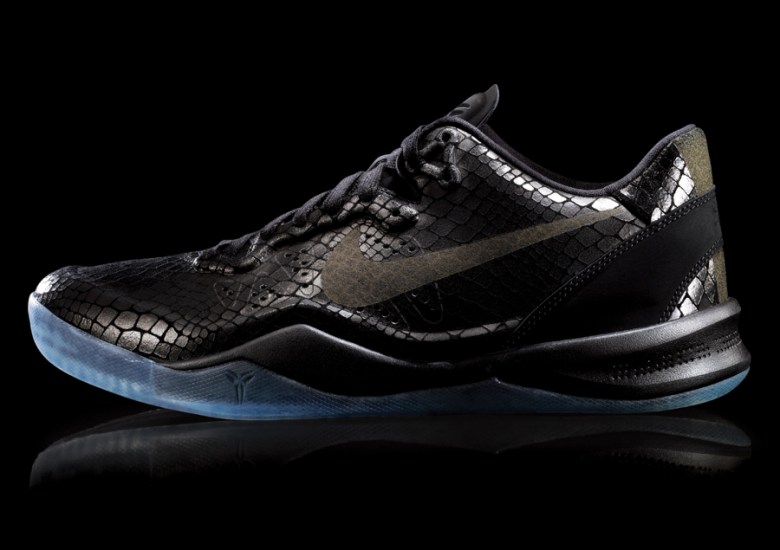 Nike 2013 “Year Of The Snake” Collection 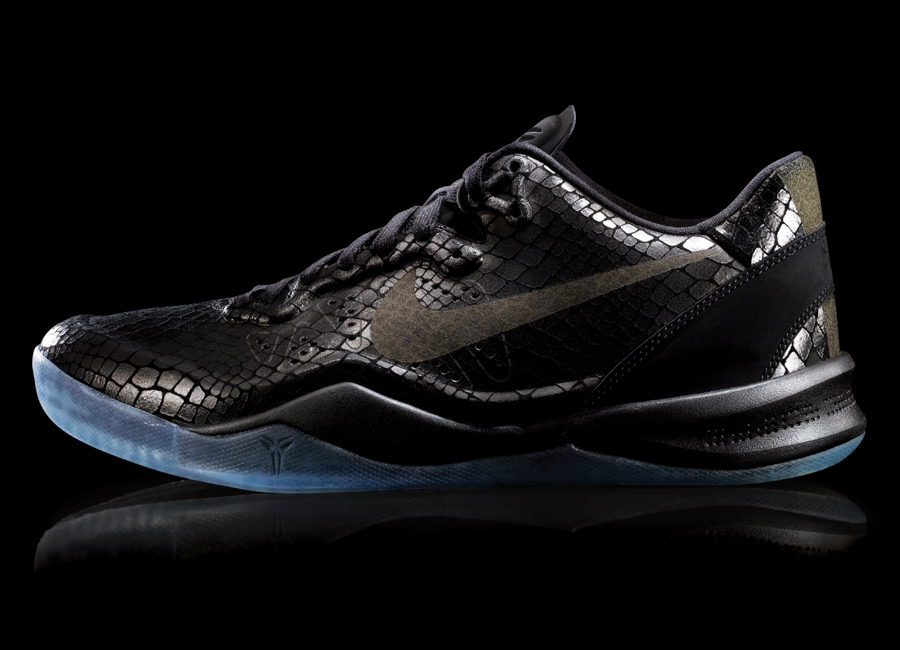 Inspired by Kobe Bryant and the Year of the Snake, Nike Basketball and Nike Sportswear introduces a capsule of footwear and apparel to pay homage to the 2013 zodiac. With the first Zodiac-based capsule of releases beginning in 2002, the release of the ‘Year of the Snake’ completes the twelve-pronged cycle as we enter another year of good fortune laid out by the traditional mindset of the honored beasts. Featured in the Nike 2013 ‘Year of the Snake’ Collection are three Nike Kobe 8 colorways, featuring scaly uppers, VT-treated EXT models, and the basic Engineered Mesh shells, and three Nike Air Force 1 releases. Continue on for a complete review of the Nike 2013 ‘Year of the Snake’ Collection and be sure to chime in with your opinion on this awesome set of footwear releases.

The above release dates are for China 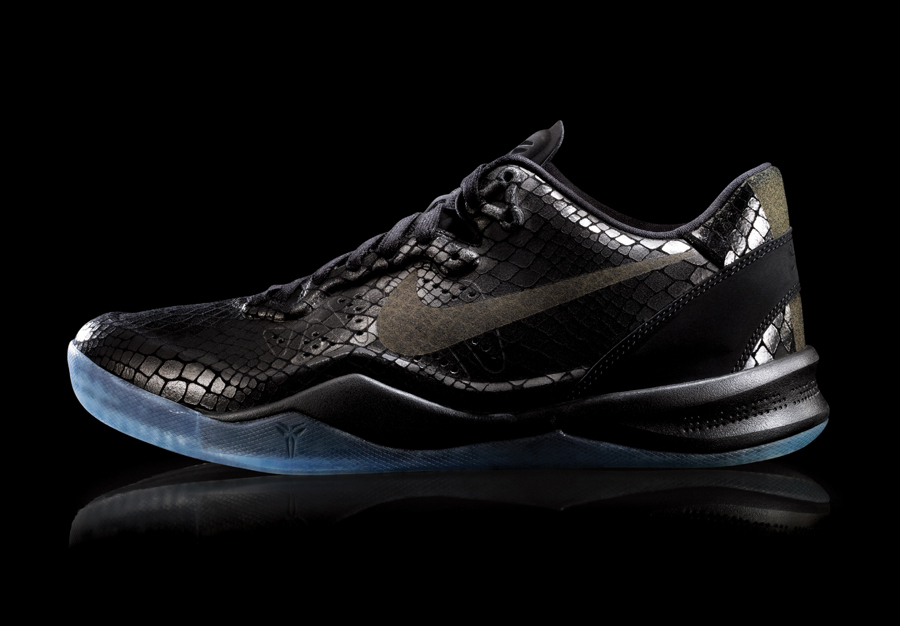 The NIKE KOBE 8 BLACK in snake print is exclusively designed for the Year of the Snake. It is made of black leather in snake print to echo Kobe’s Black Mamba nickname and symbolizes his aggressiveness on the court. 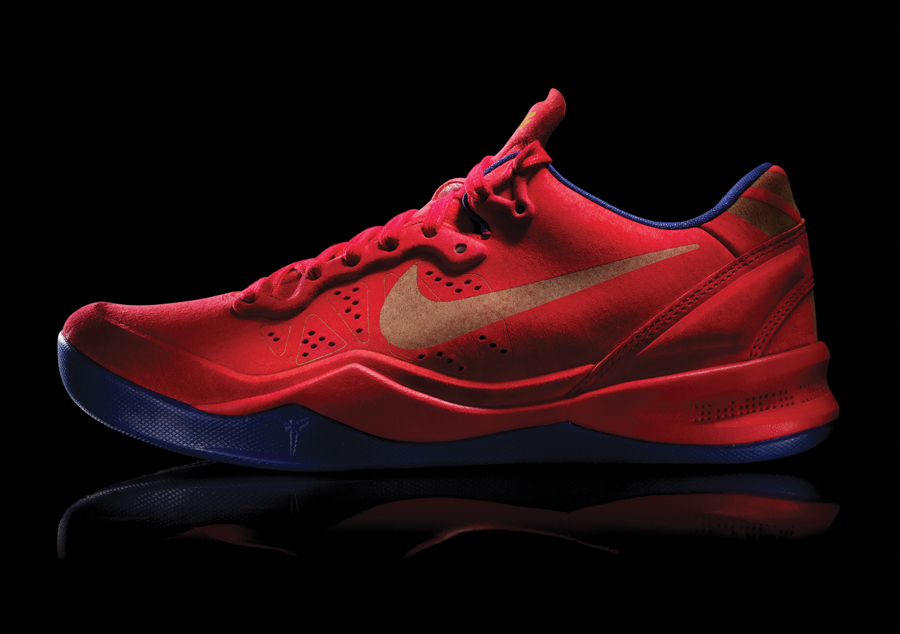 NIKE KOBE 8 RED is the off-court version of the KOBE 8 SYSTEM. The Year of the Snake model is made of red suede for the Chinese New Year. The one-piece design uses Vac-Tech and laser-etching technologies, which gives the shoe a clean-cut look that is consistent with previous Kobe collections. The etchings on the outsole combine timeless herringbone and snake scale patterns. 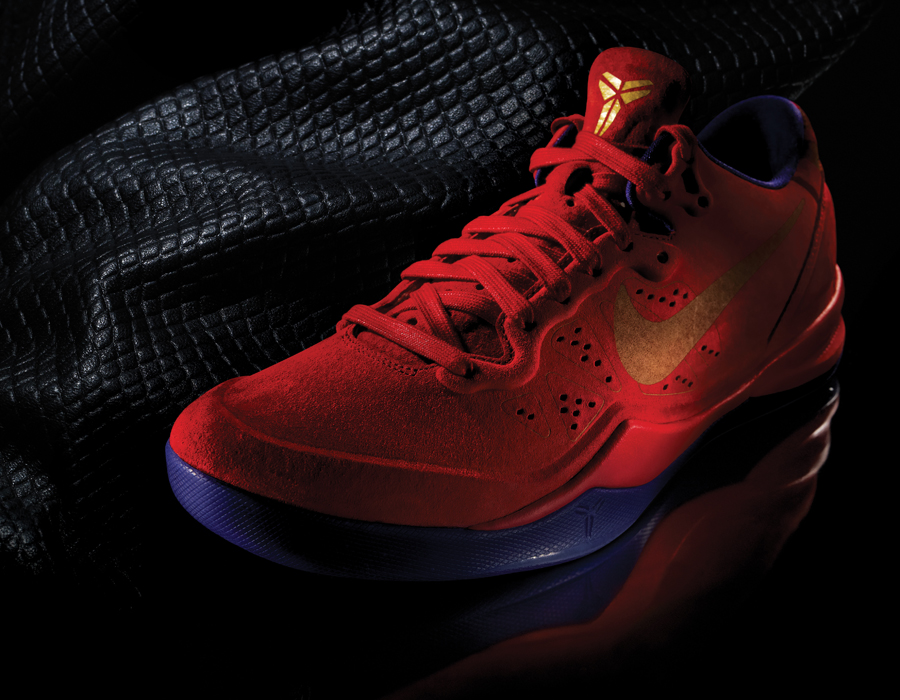 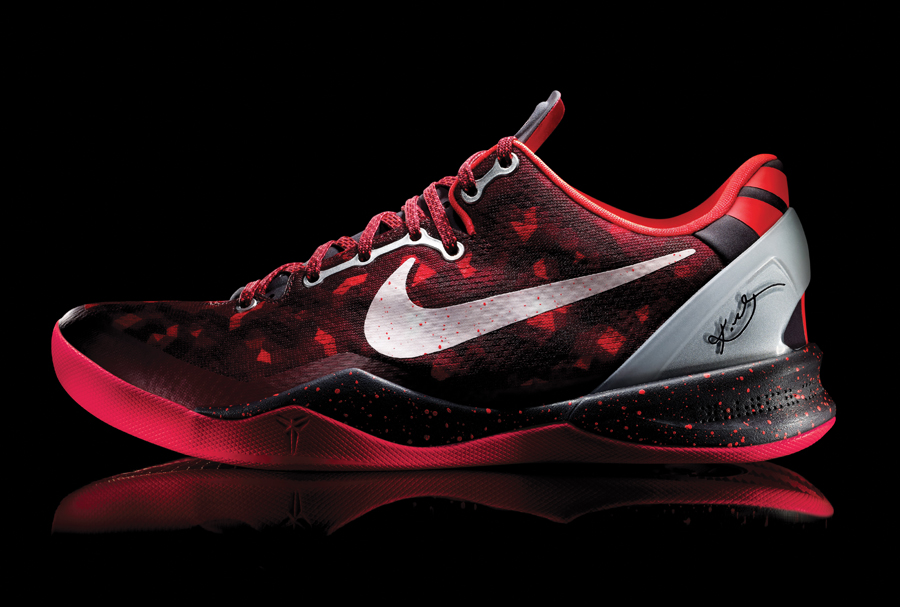 The KOBE 8 SYSTEM incorporates innovative Nike Engineered Mesh for the first time in a basketball shoe to offer a dynamic and ultra-lightweight fit. Additionally, the synthetic overlays on the toe and lateral quarter panel provide support for even the toughest games. The full-length Lunarlon midsole delivers lightweight, low profile cushioning and stability. A snake graphic shoe tongue provides a close fit and comfort. In connection with the victories of the Purple and Gold Dynasty led by Kobe, the KOBE 8 SYSTEM Year of the Snake special edition is inspired by the Chinese kung-fu representing Kobe’s bold, aggressive style on the court. The four icons on the outsole stand for Kobe’s speed, precision, vision and versatility. The color red symbolizes danger and the destructive power of Kobe’s speed. The snakeskin pattern on the shoe is a perfect interpretation of Kobe’s on-court alter ego, the Black Mamba. 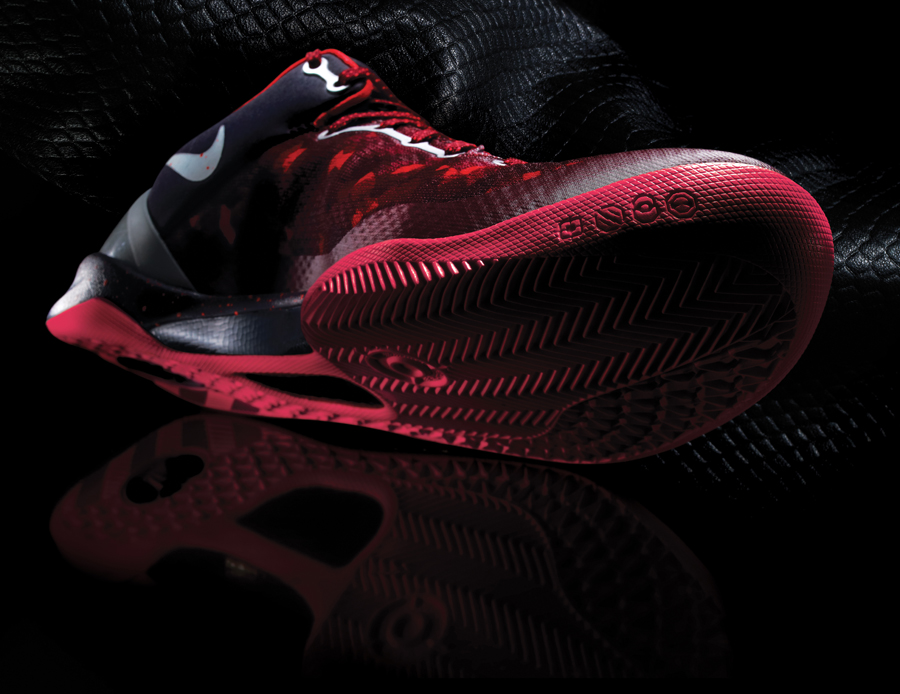 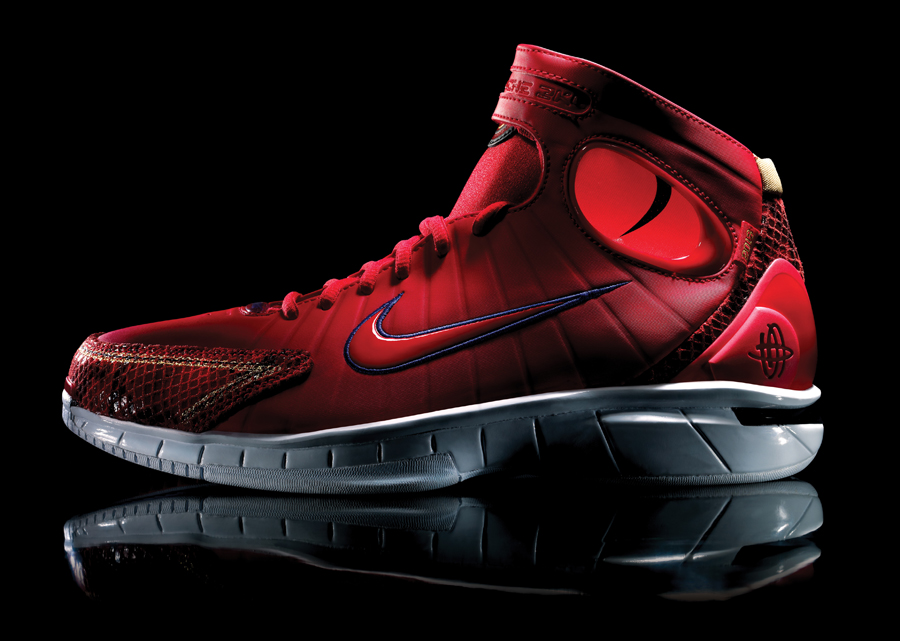 Released in 2004, NIKE ZOOM HUARACHE 2K4 combines timeless design and innovative technology. Nike Zoom Air provides impact protection, reduces weight significantly, and provides comfort with elastic inner soles. The upper features classic elements such as an ankle strap, a Nike Swoosh on the side and the Huarache signature hollow-out design at the ankle. It has a transitional role in the evolution of modern basketball shoes. The 2013 model uses red snake print leather and gold stitches at the toe and heel as symbols of good luck for the Chinese New Year. The purple-lined Nike Swoosh and the seal pattern of the characters “癸巳(Gui Si)” on the tongue highlight the Chinese zodiac sign. 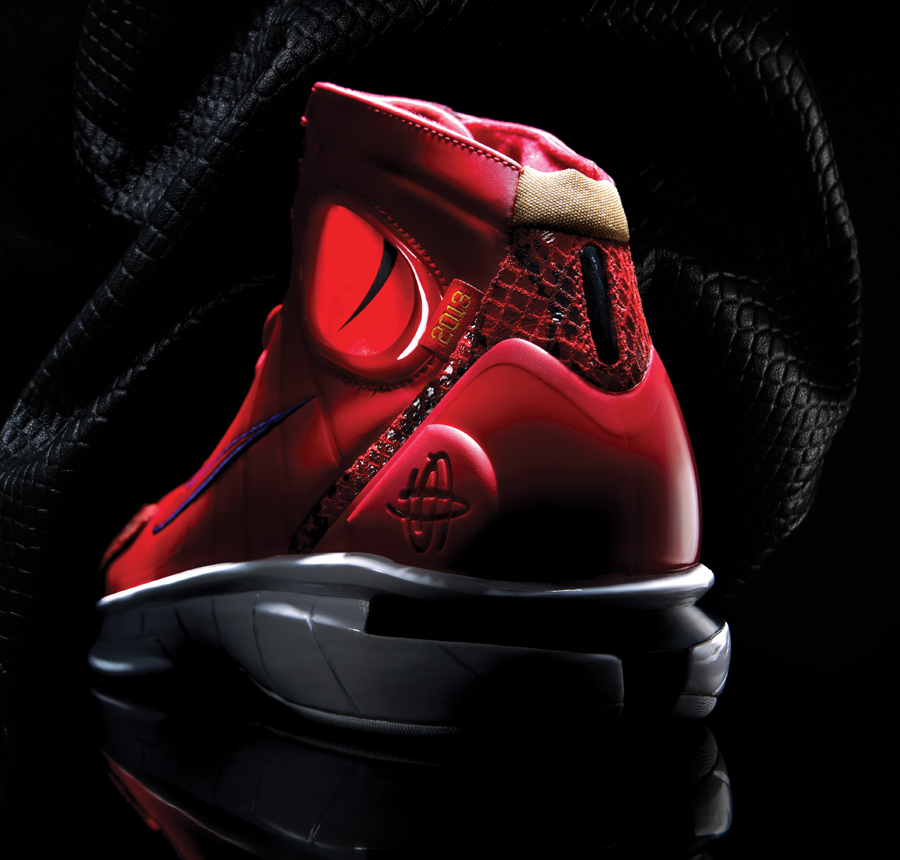 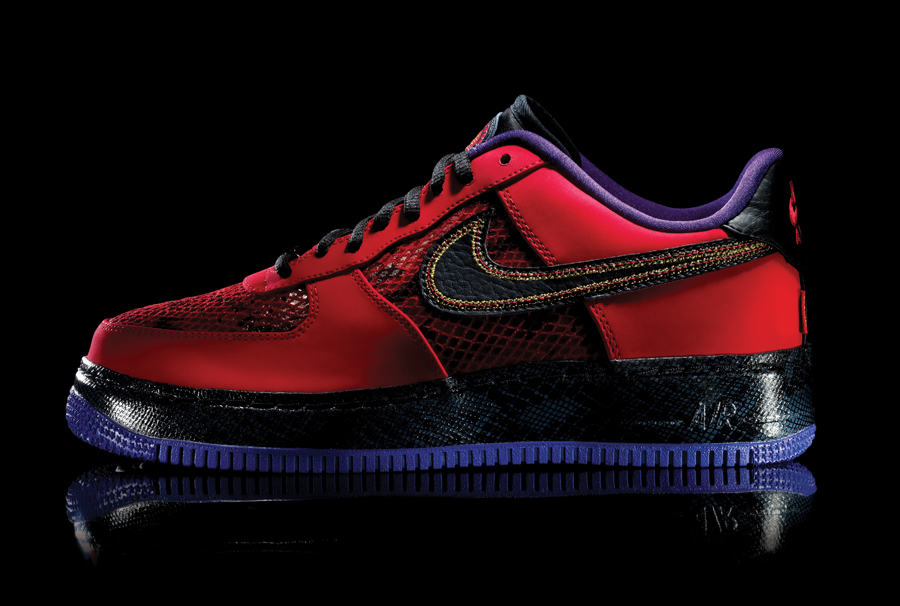 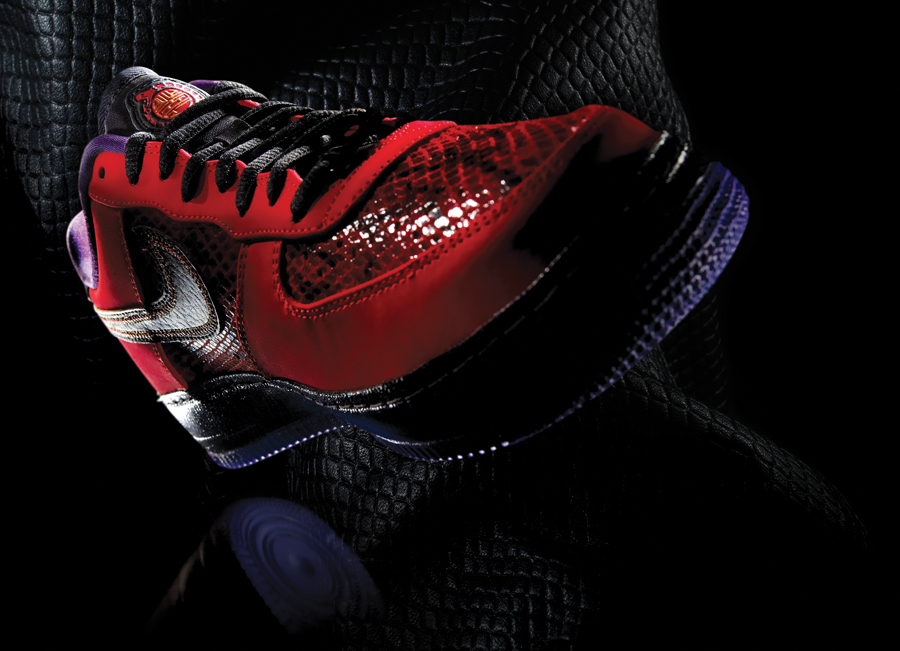 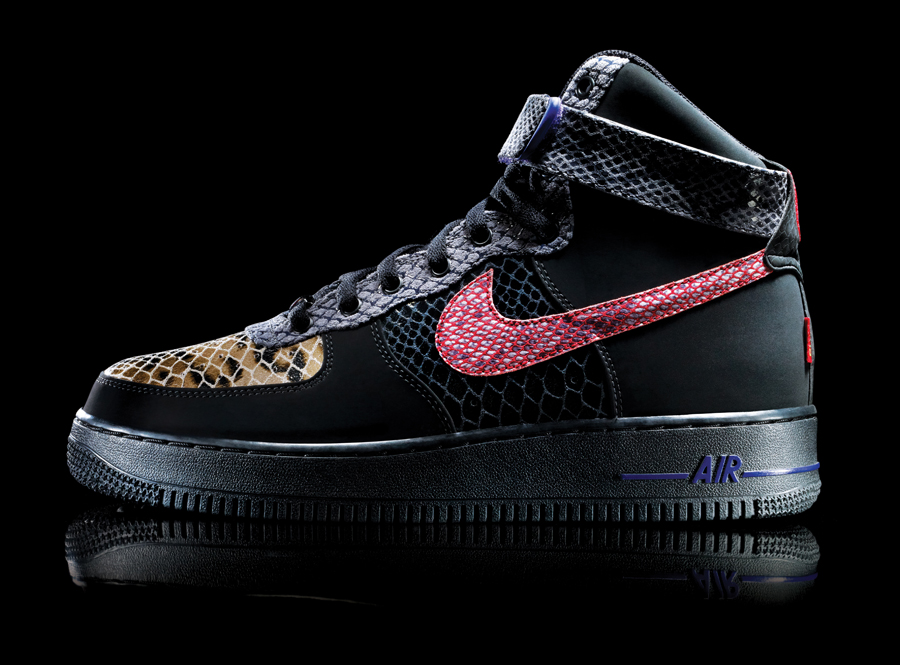 The Nike Air Force 1 high-top silhouette has been one of the most iconic basketball sneakers of the last 30 years — so the Year of the Snake collection wouldn’t be complete without one. The sleek, seductive shoe is mostly black with the toe and sides made of python print leather. The classic ankle strap design provides extra support around the ankles and presents a visual consistency with previous Nike AF1 collections. The seal pattern of the two characters “癸巳” on the heel echoes the Chinese motif. The Nike Swoosh in red and purple snake print is perhaps the most eye-catching feature of the shoe while a concealed Lunarlon drop-in midsole offers the ultimate in high performance comfort. 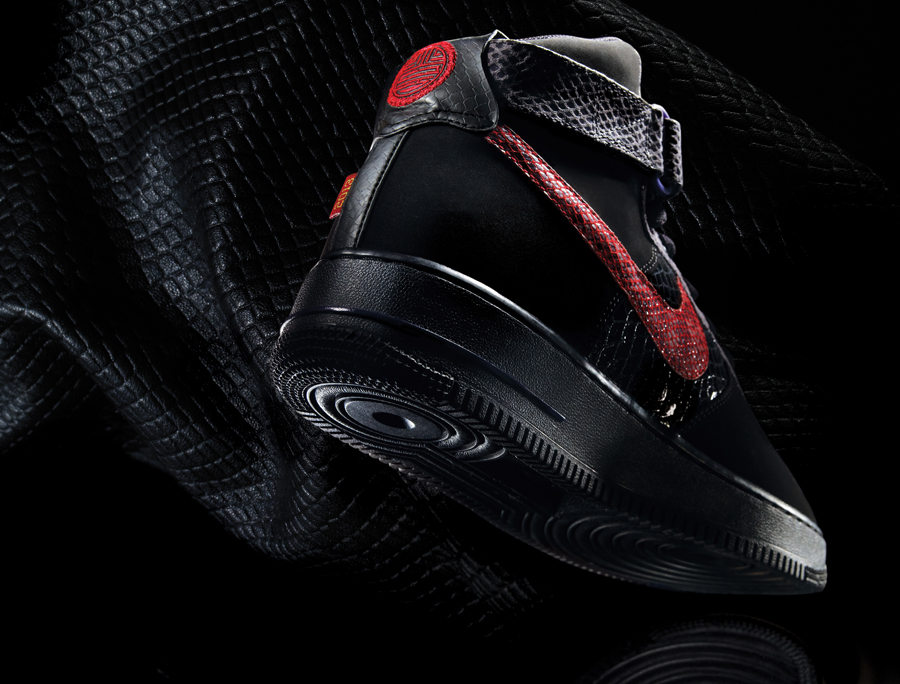 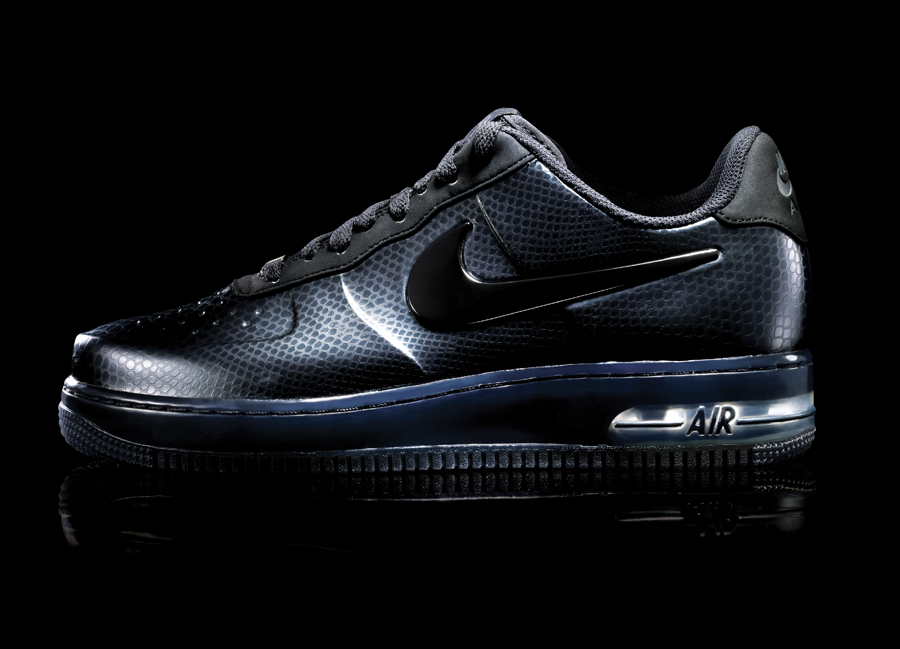 The Nike FOAMPOSITE’s one-piece upper represents the highest achievement in shoemaking because its production requires a metal casting mold. In 2011, Nike first applied FOAMPOSITE technology using a metal casting mold to form the classic Nike Air Force 1 upper resulting in yet another fresh interpretation. For the Year of the Snake, the 2013 Nike Air Force 1 FOAMPOSITE is mainly black with a snake print to echo the Black Mamba motif. The polish gives it a premium look. The Nike Air heel significantly enhances cushioning. 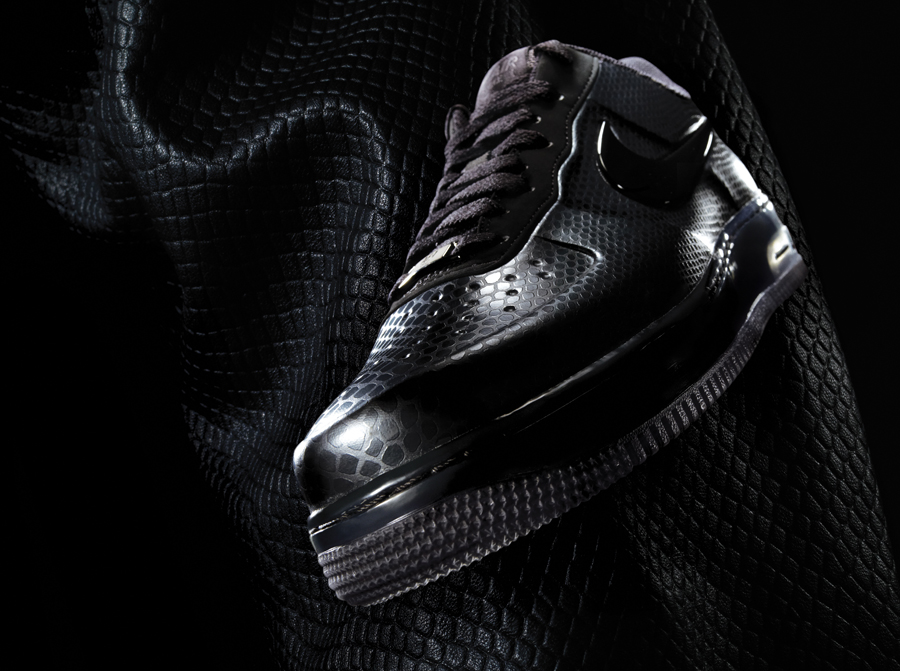 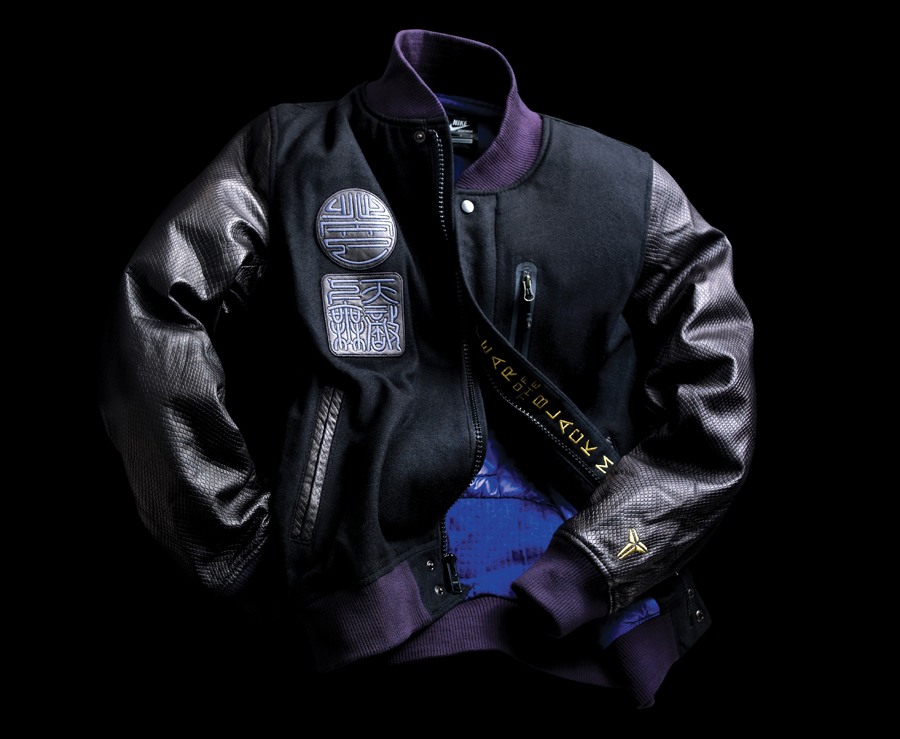 The casual, stylish Nike Destroyer Jacket is a symbol of personal glory. Nike has added some popular elements to the leather sleeve baseball jacket inspired by Kobe’s personal style. Snake scale patterns are etched on the classic leather sleeves. The stitch free zipper is simple and elegant with the words “YEAR OF THE BLACK MAMBA” embroidered on the wind-proof strip. A special lining material keeps the body warm. The rowan-knit collar and cuff enhances comfort. On the back of the jacket is the Chinese character “智”, which means wisdom. On the right lapel are Chinese characters representing the Year of the Snake such as “癸巳 (Gui Si)” and “天龙地蟒 (Tian Long Di Mang).” It is a perfect mesh of Kobe Bryant’s Black Mamba style and Nike’s iconic jacket. 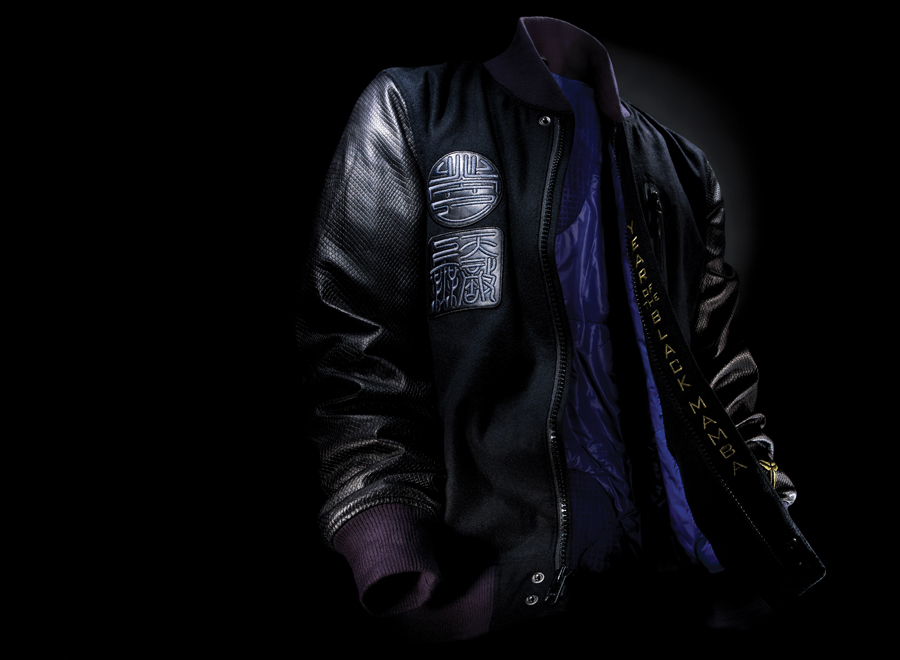