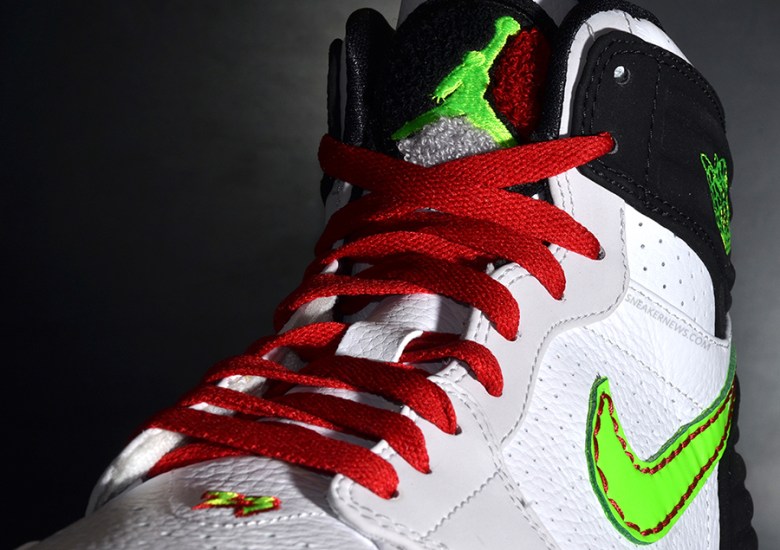 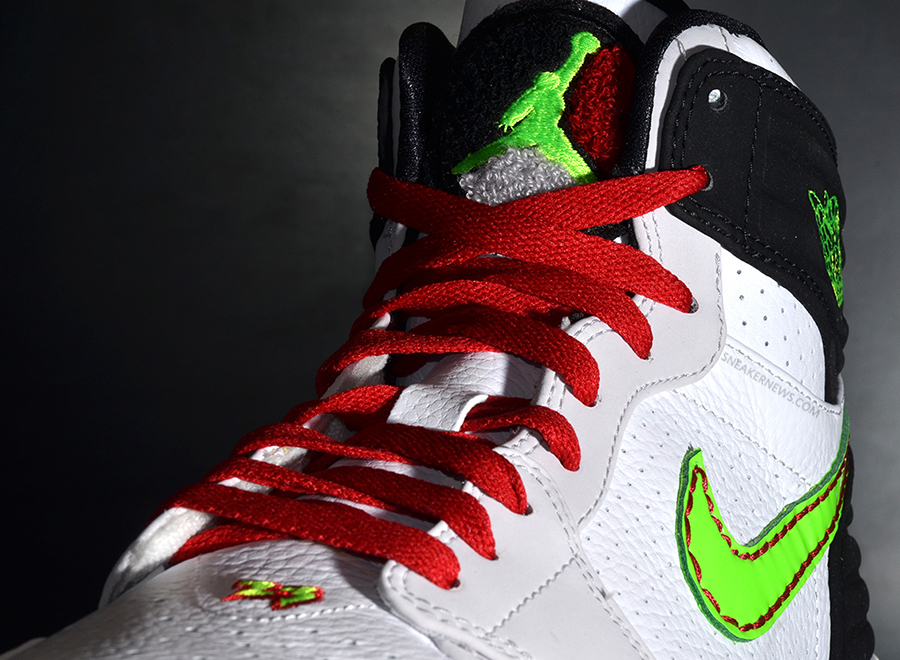 If Michael Jordan were in the process of winning his six NBA championships today, he’d be wearing more expressive colorways than we’d tend to associate with the Air Jordan Legacy.  Jordan was known to wear a new pair of shoes, and if we extrapolated that trend to the variety LeBron James has shown off this season, the possibilities are mind-boggling.  We get a hint of what might have been with Electric Green detailing on this otherwise Bulls-ish Air Jordan 1 Retro ’93, though one would imagine that an MJ Playoff colorway would switch the black and white.  And in fact, these officially release on Saturday alongside the ‘Playoffs’ Jordan VIII-inspired edition, so you’ll have your choice of traditional or a fresh twist, the latter of which is depicted further below and available this weekend at Nohble. 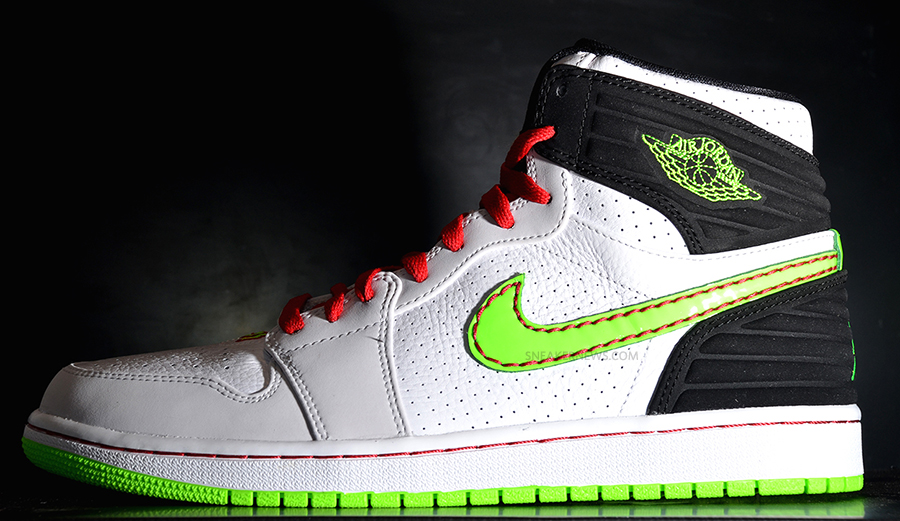 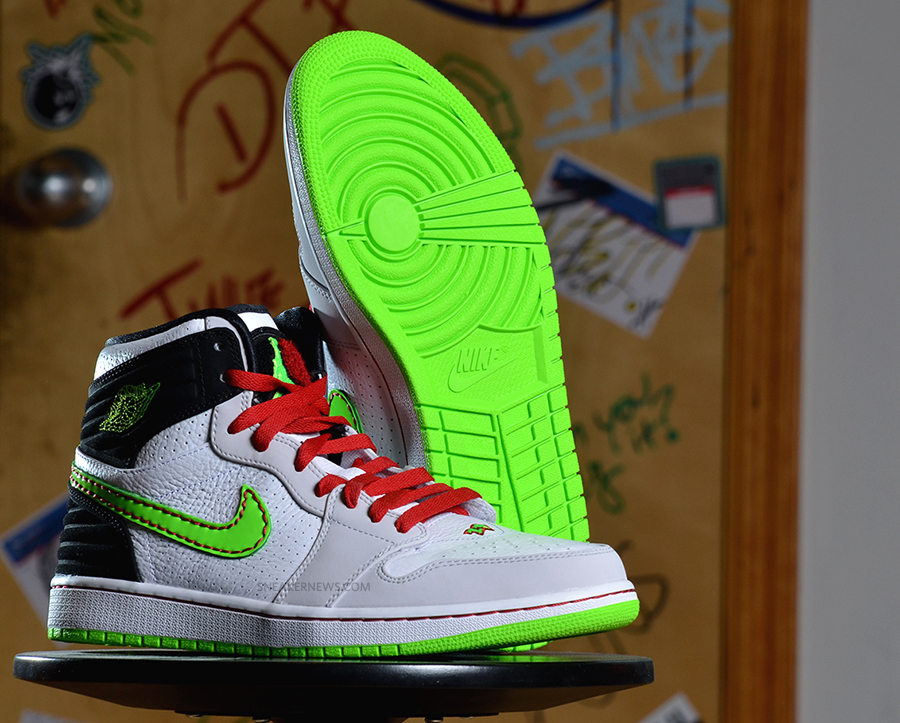 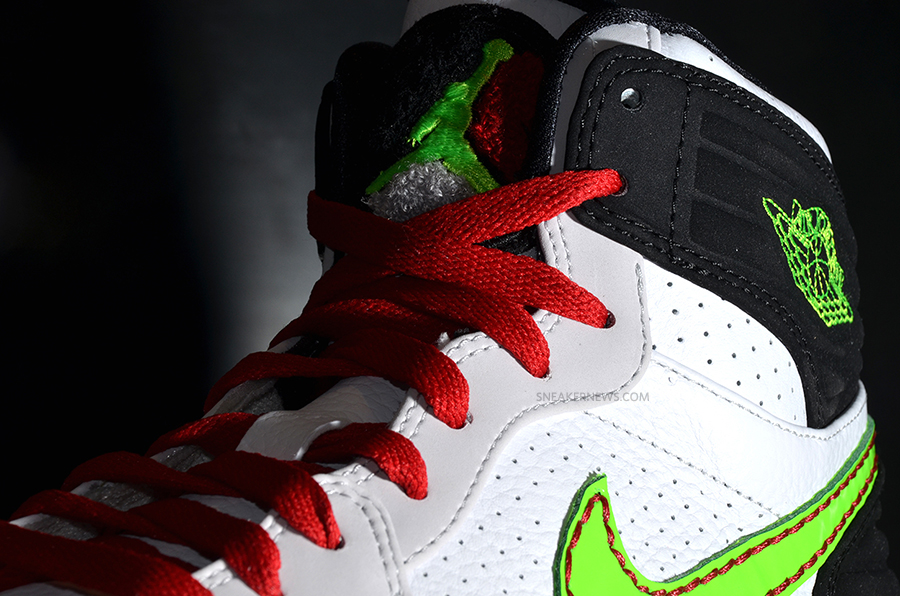 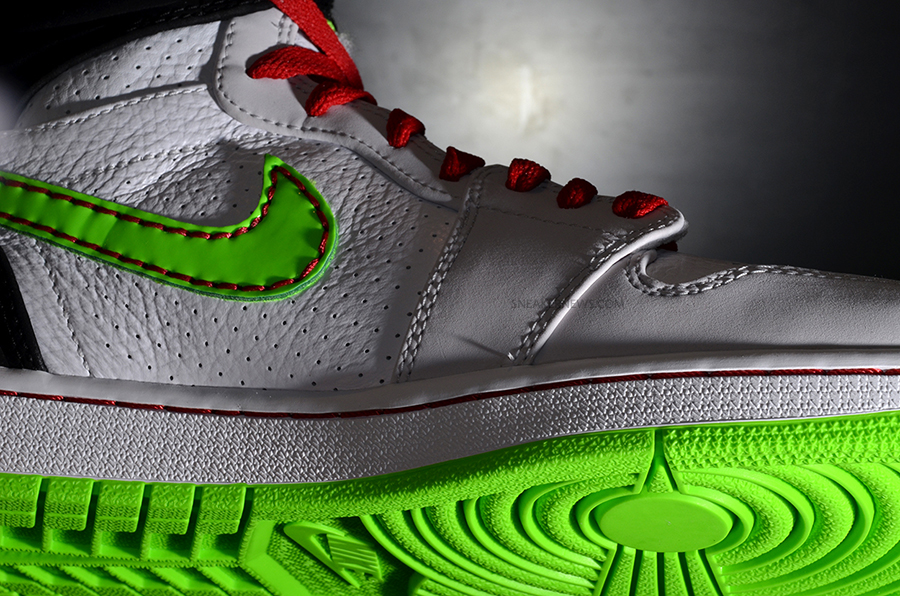 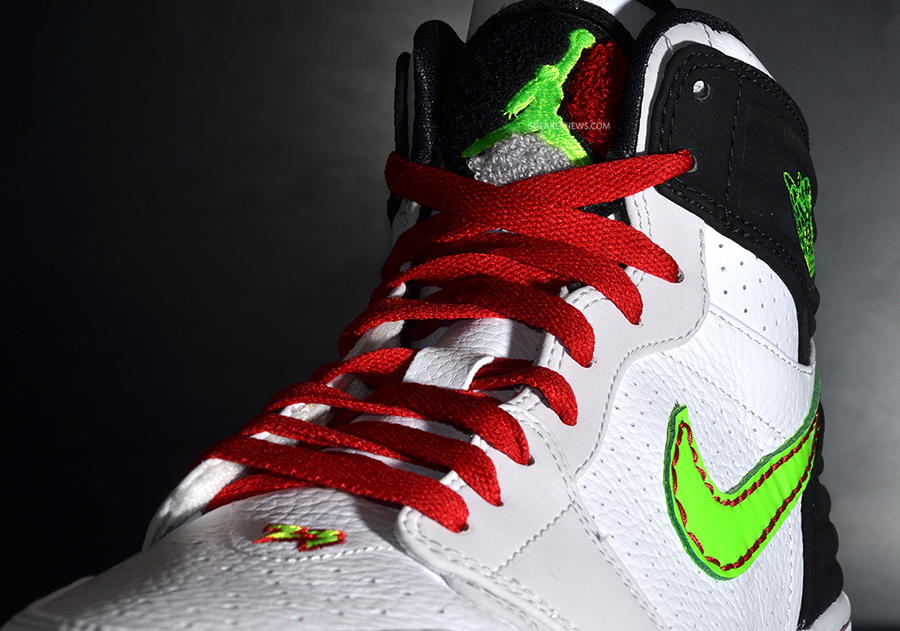 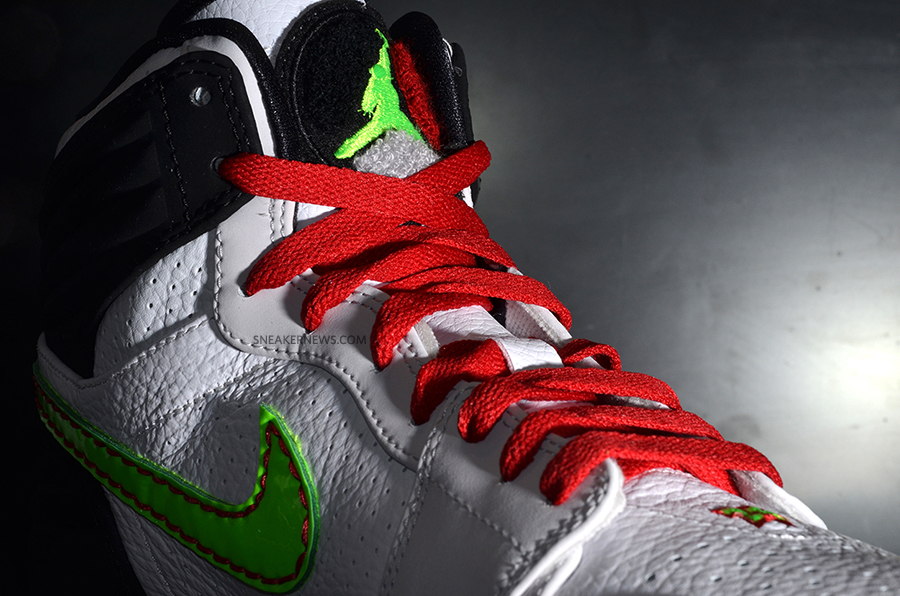 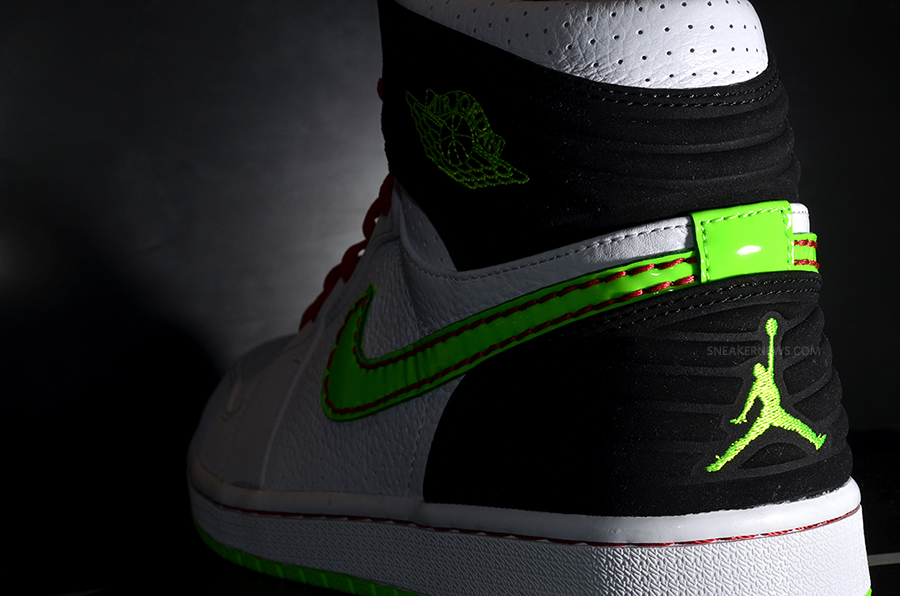