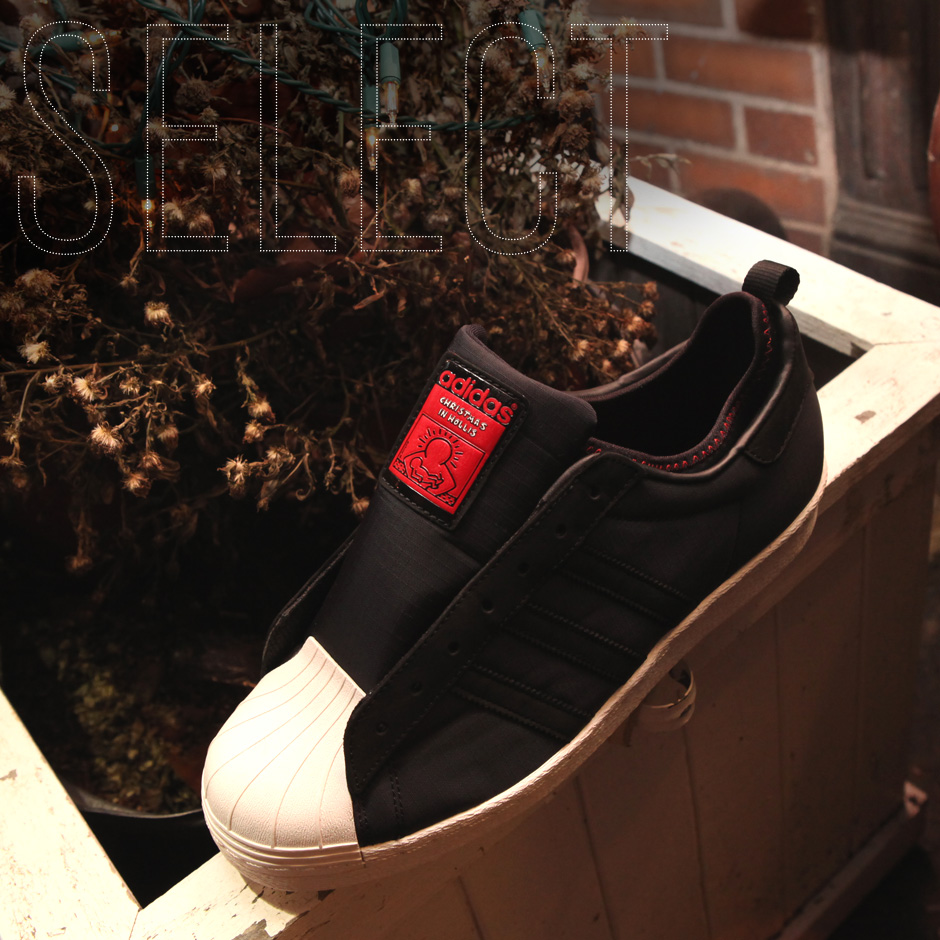 When Run DMC contributed the track, “Christmas in Hollis” to the 1987 fundraiser compilation album, A Very Special Christmas, they basically did for Christmas songs the same thing that they did for adidas sneakers – namely, giving a gritty street edge to something that had never been seen as anything but wholesome and traditional.

In both cases, Run DMC helped introduce urban culture and style to many segments of mainstream America for the first time and the lasting impact of these contributions can’t be quantified.

The relationship between Run DMC and adidas goes back a long way with both parties playing a significant part in the other one’s legacy. Way back before the Nike Air Yeezy and even the Reebok S.Carter, Run DMC kicked down the doors and blazed the pioneering trail for the worlds of hip-hop and sneakers to meet on a corporate level.

Back in the ’80s, the idea of a performance athletics brand looking beyond sports figures and into the hip-hop world for allies was completely unheard of. But in the case of Run DMC and adidas, their love affair emerged from a place far more authentic and sincere than some strategy meeting in an executive boardroom.

The Queens trio was faithfully repping the Three Stripes long before any business deals were struck. Run DMC hit the scene at a point in time when the hip-hop art form as we know it was still in its infancy and most rap acts were taking the stage in the most over the top outfits they could get tailored up. It was an understandable approach to attempt to turn heads and stand apart from the crowd, but Run DMC turned the whole look of the hip-hop culture on its head by doing the complete opposite. Instead of going for the outlandish flash and flair route, they dressed the way people did in their Hollis, Queens neighborhood. 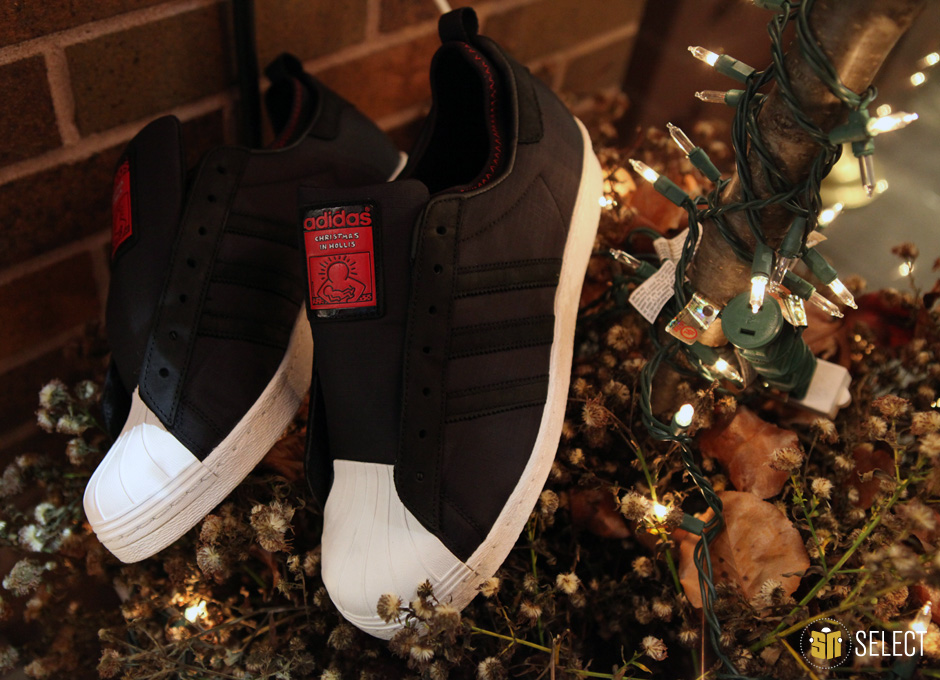 Run DMC’s  look was instantly more relatable to the people listening to hip-hop music at the time, and their choice to wear black leather jackets with jeans and unlaced adidas sneakers rather than shiny sequined jumpsuits effectively changed the aesthetics of the entire genre in the process. They “kept it real” long before anyway knew what keeping it real was, and their more practical fashion tastes resonated with their fans and rap peers, eventually becoming the norm and helping to lay the foundation for streetwear trends still embraced to this day.

The denims, leathers, and hat styles may have rotated and evolved throughout those formative Run DMC years, but the one constant through it all was their choice of footwear – nothing but adidas all day every day. No one at the time was paying them to wear the shoes. They wore adidas because they loved the brand, and as the group’s popularity and visibility grew, the shoes were inevitably along for the ride, appearing in every press photo and music video and anywhere else they were spotted without exception. 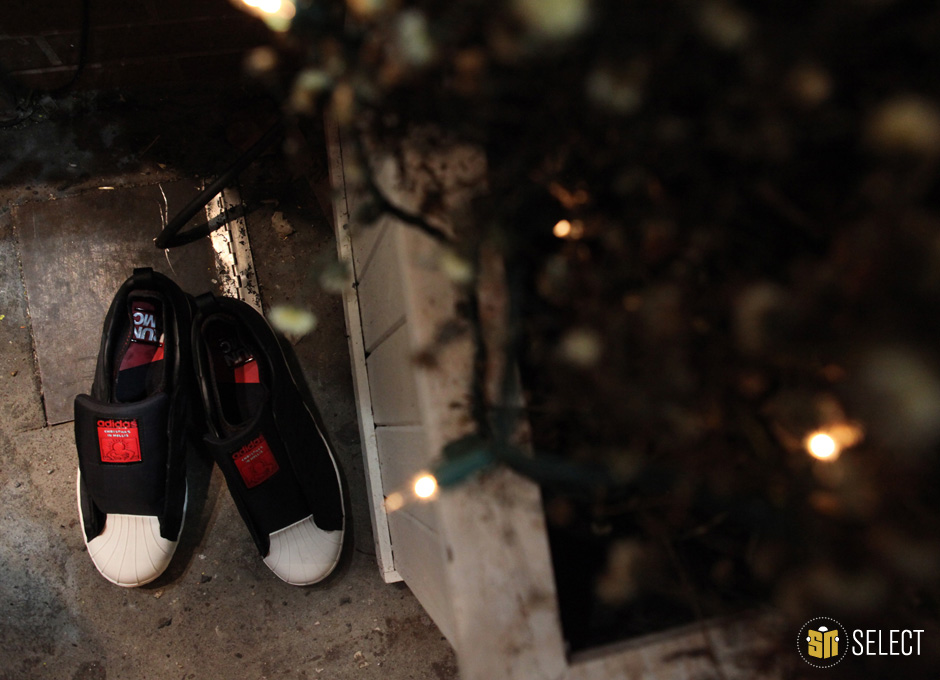 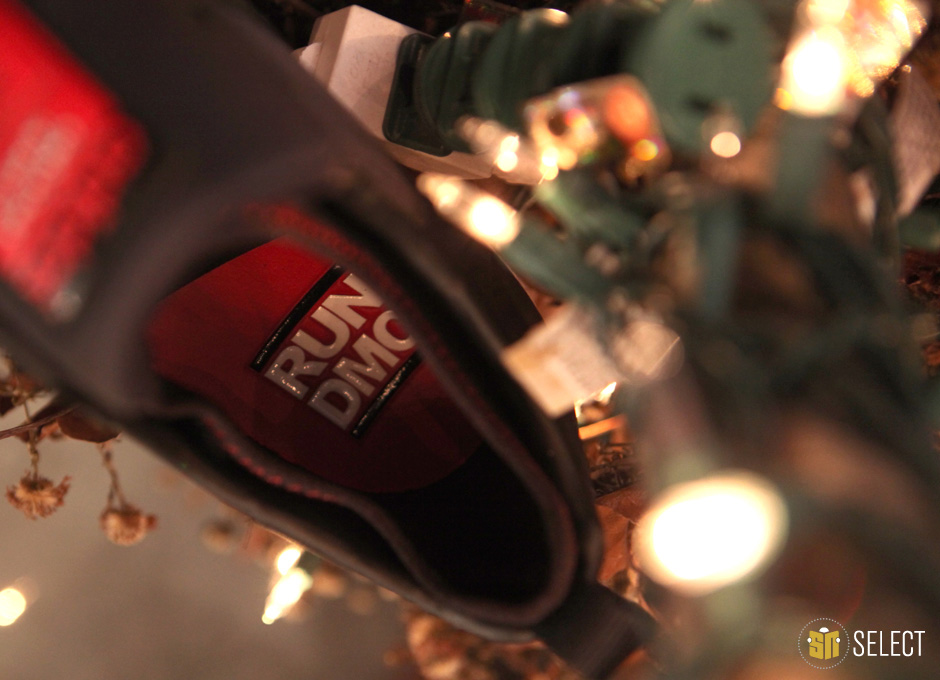 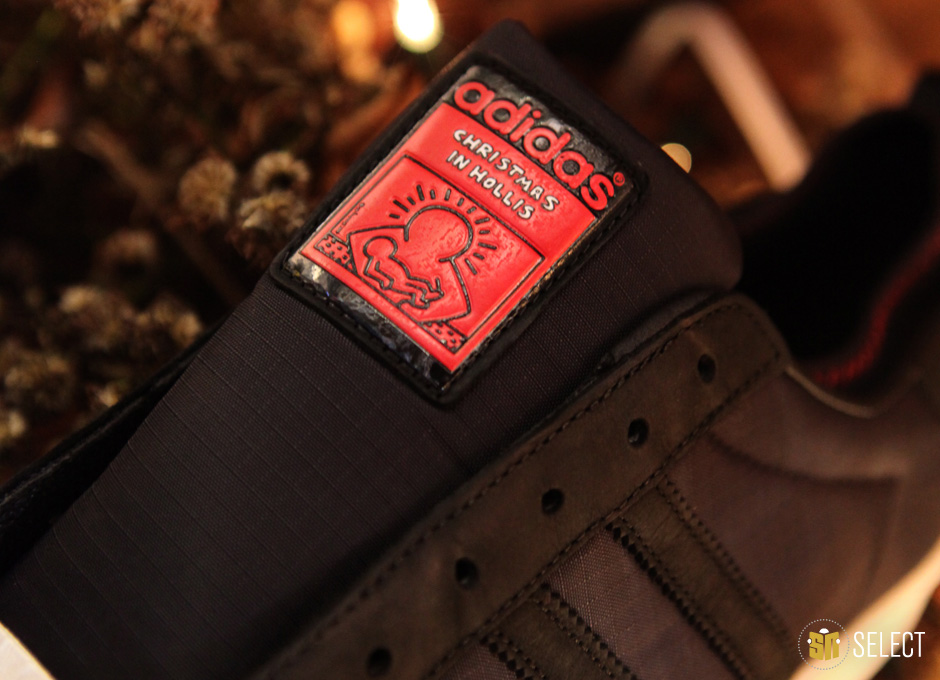 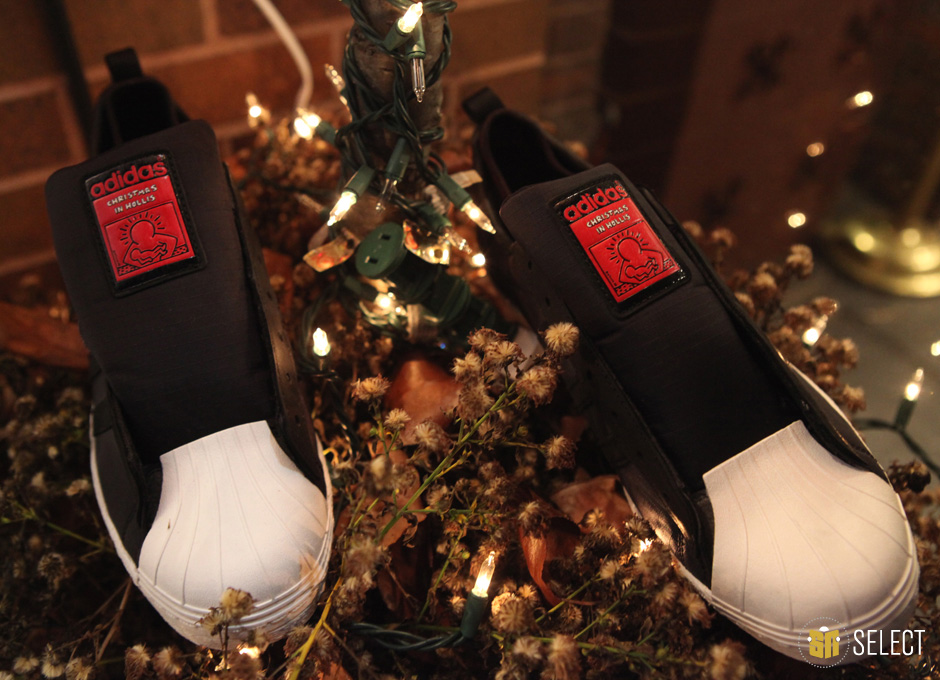 By the time Run DMC released their song “My Adidas” in 1986, the buzz they had created for the brand was impossible to ignore and adidas eventually signed them to an official endorsement contract worth $1.6 million. The deal had pretty much paid for itself long before the papers were signed and the group continued to go strong in Three Stripes gear for the rest of their career up until

present day, of course getting plenty of limited editions and exclusive apparel along the way. Over the years, adidas has paid homage to the relationship with a variety of special colorways and commemorative releases, with the latest installment in the ongoing series set to release next week just in time for the Holidays. 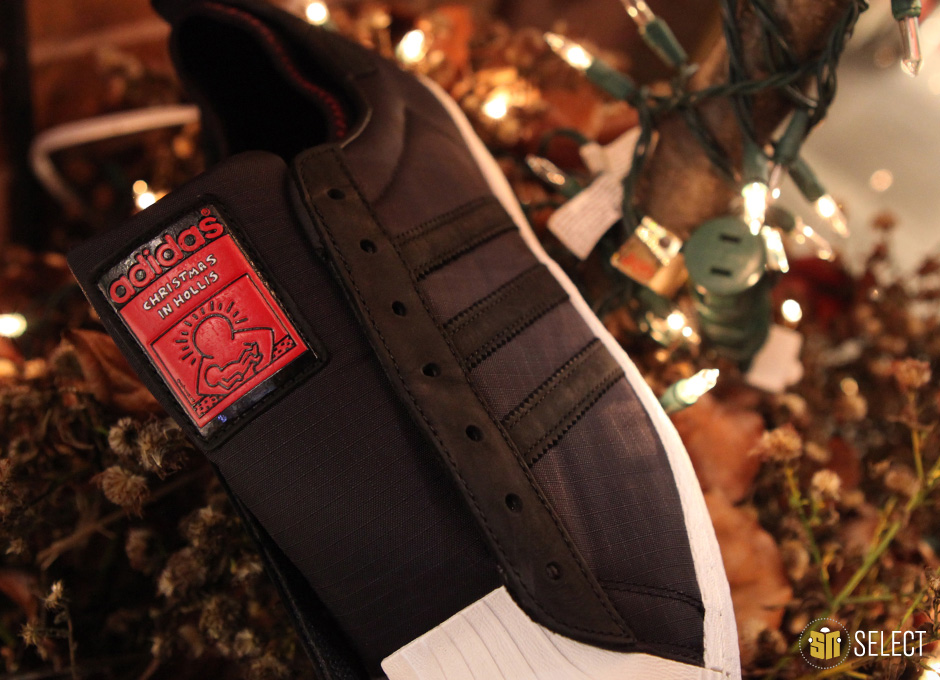 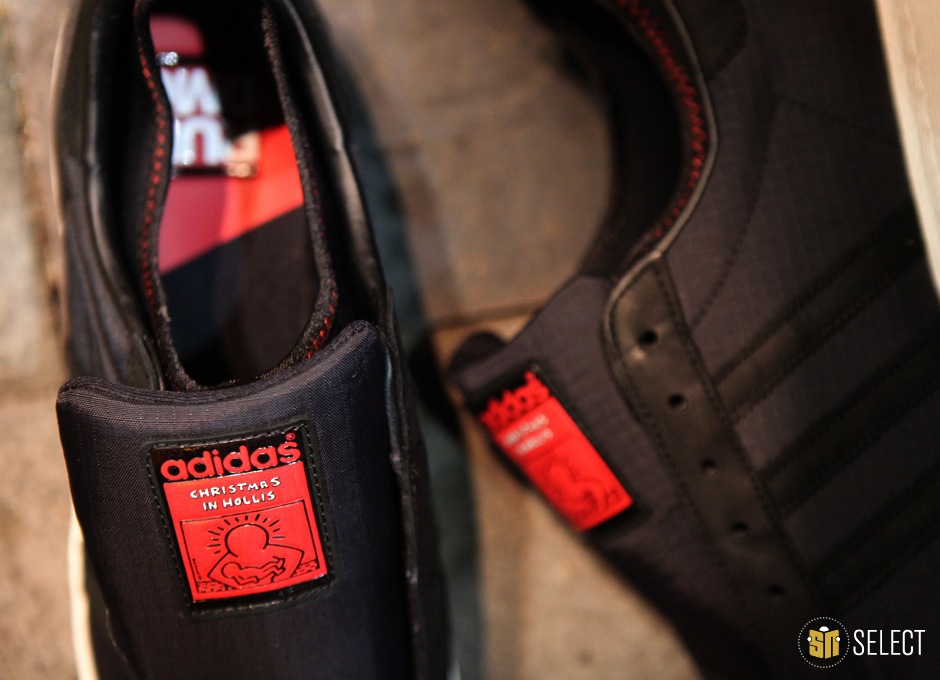 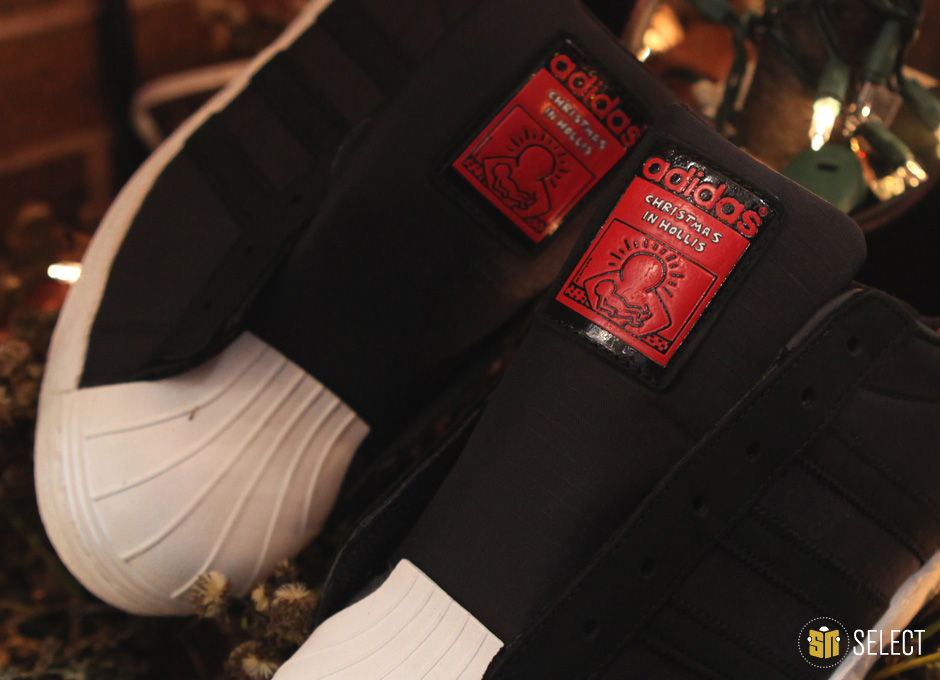 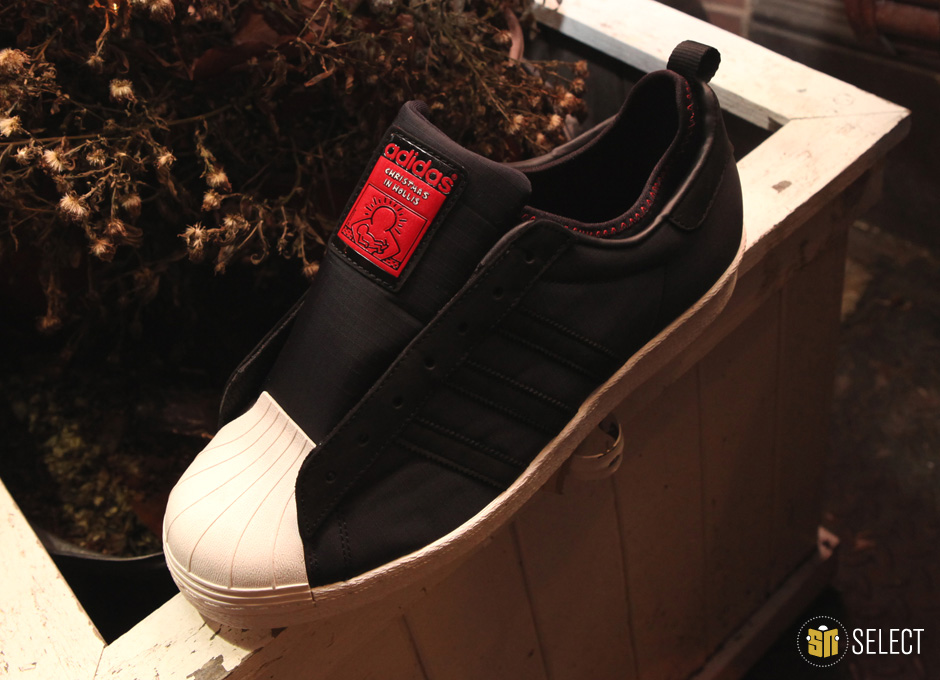 This Holiday season, adidas Originals will bring “Christmas in Hollis” to life in sneaker form, creating a special black ripstop nylon edition of the Superstar 80s, complete with a tongue label sporting the original Keith Haring artwork from the cover of the album that the song first appeared on. As an added touch, the iconic silhouette gets a slight revamp with the inclusion of an internal ankle bootie

that allows you to wear the shoes with no laces as recommended by the Run DMC style code. The Run DMC x Keith Haring x adidas Originals “Christmas in Hollis” Superstar 80s will hit adidas.com/originals as well as select adidas Originals retailers on Saturday, December 21st, but before it does, we hope you enjoy the up-close look we have for you here. 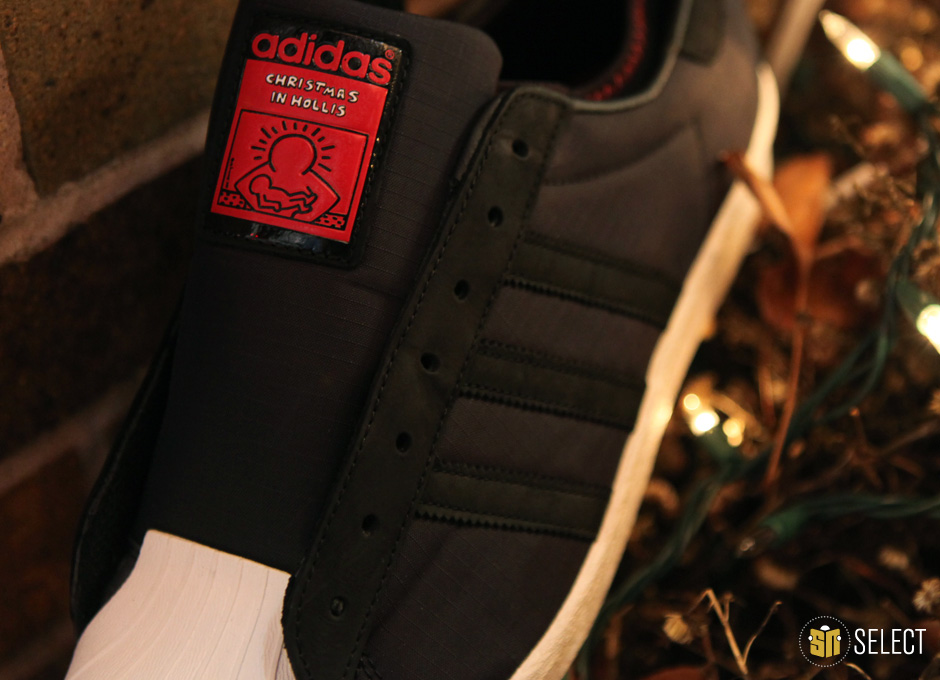 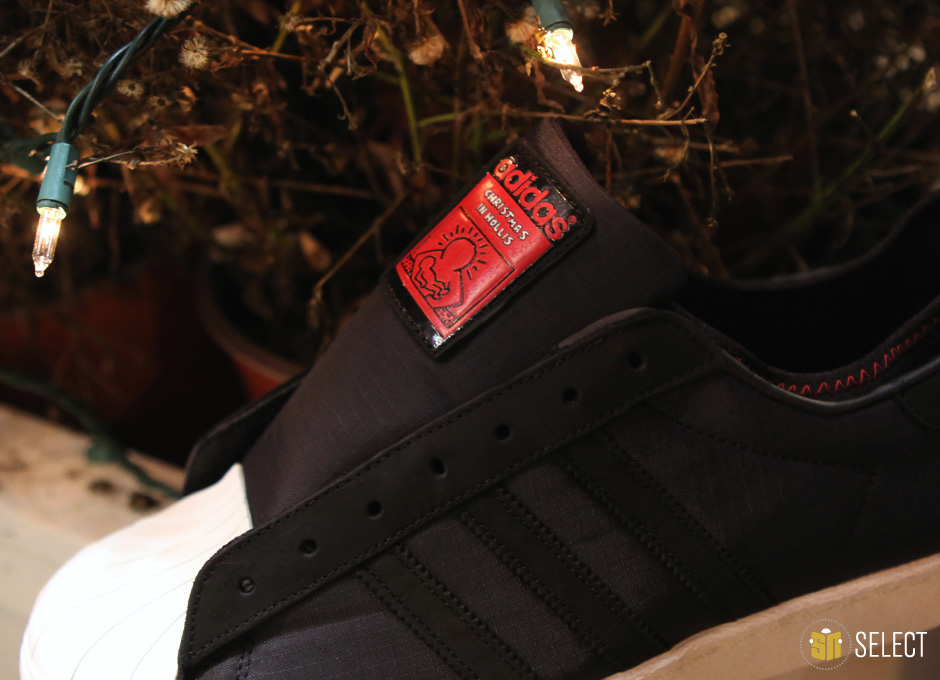 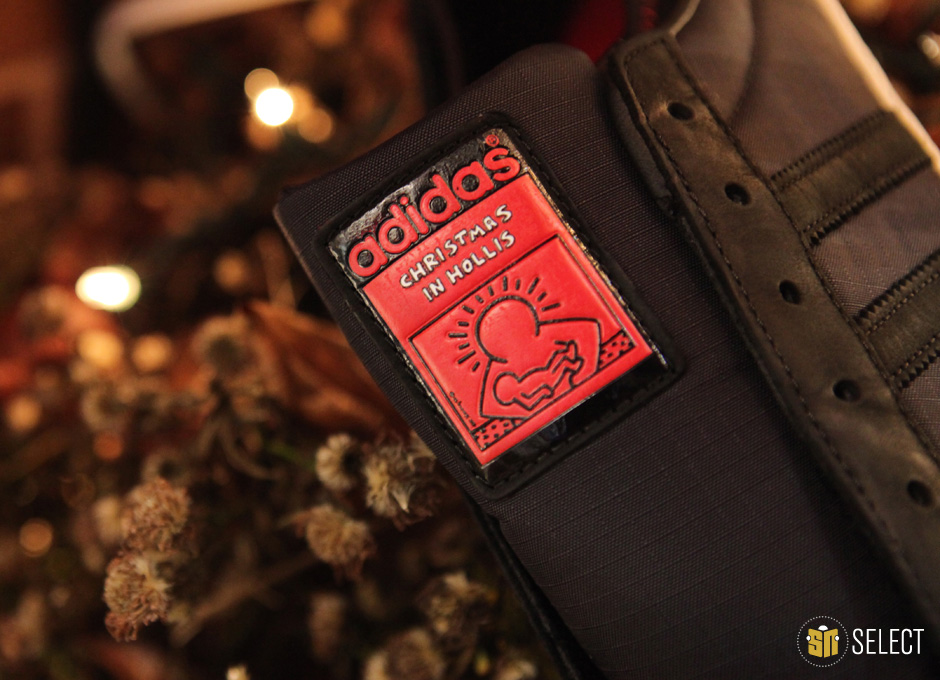