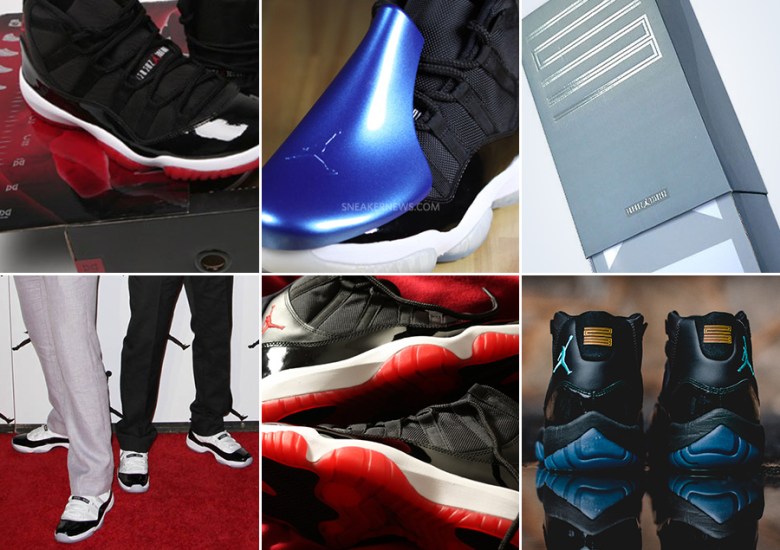 A Look Back at December Air Jordan 11 Releases 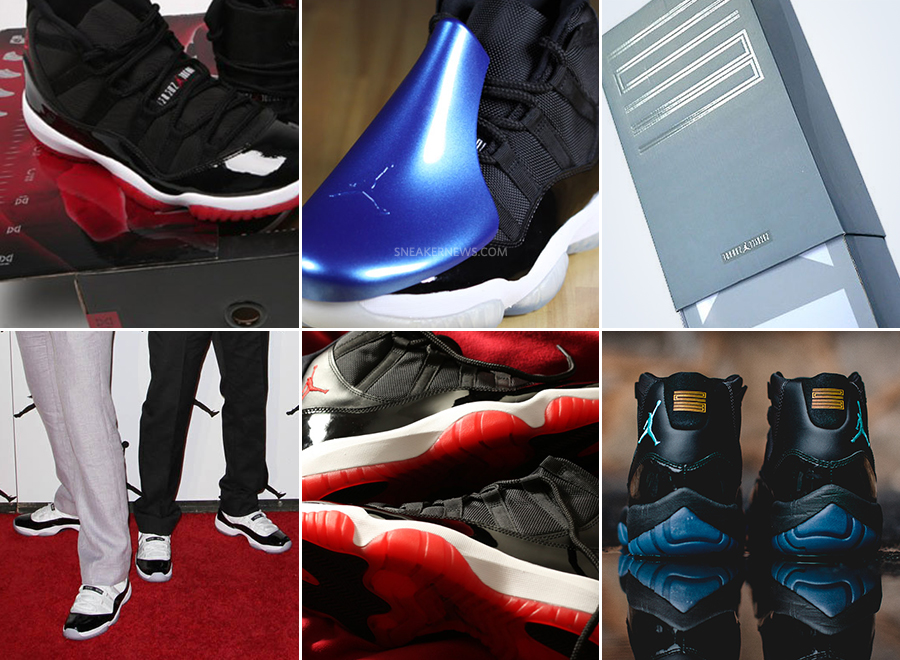 Sneaker buying is a year-round process with no specific weekend or occasion outranking the other by much,  but there’s no date more globally recognized than the annual release of the Air Jordan 11 Retro. Since 2008, Jordan Brand has offered up the iconic shoe every December, with each drop taking form in an original and classic Retro colorway. This Saturday’s release sticks out like a sore thumb in that the fresh “Gamma Blue” colorway that has no true connection to the visual anatomy of the Jordan Brand beast. Still, the decision to go “new” rather then “old” (many projected the Columbia to be this year’s release) may speak louder to the newer generation of sneaker fanatics – the one that likely had no recollection of Michael Jordan playing in a game.

Still, despite the evolving era of Jordan collectors, the release of the Air Jordan XI is still one of the most anticipated moments ever year. The infamous tradition has garnered a controversial reputation over the years thanks to the chaos that has ensued during in-store releases, but those who have been fortunate enough to obtain the patent leather beauties liken the event to a triumphant epilogue to a story filled with a year’s worth of sneaker releases. For those who may have forgotten the short history of this institution of the sneaker game, or better yet, those who will make the Gamma Blue their first-ever Air Jordan 11 purchase, we have a quick summary of the history of December Air Jordan 11 releases below. 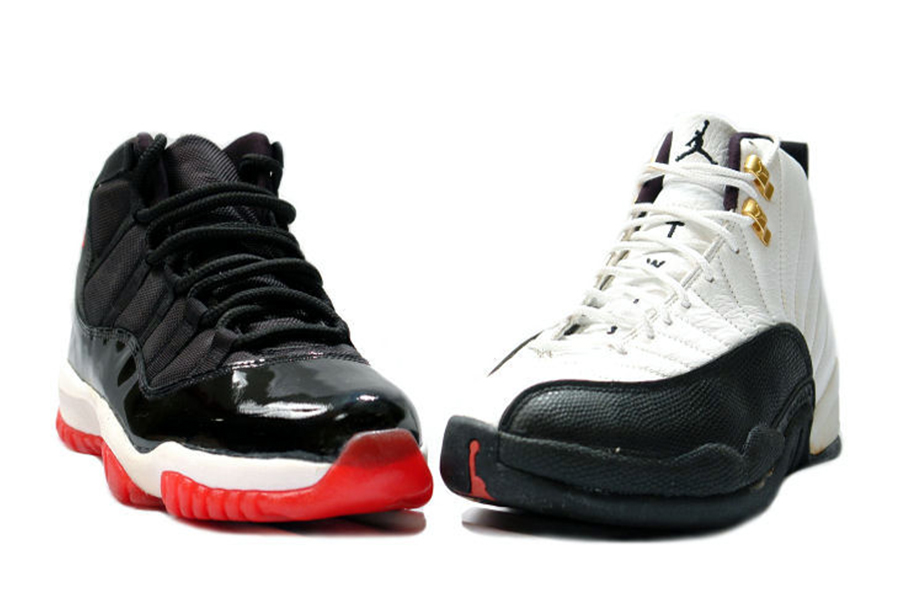 The final Collezione Package of 2008 consisted of this late-December release featuring the Air Jordan 11 “Bred” and Air Jordan 12 “Taxi”. Both shoes were packaged together in the special fold-out box and retailed for $310. With two iconic OG colorways being available in one fell swoop, this hot release was one of the most coveted of the year. 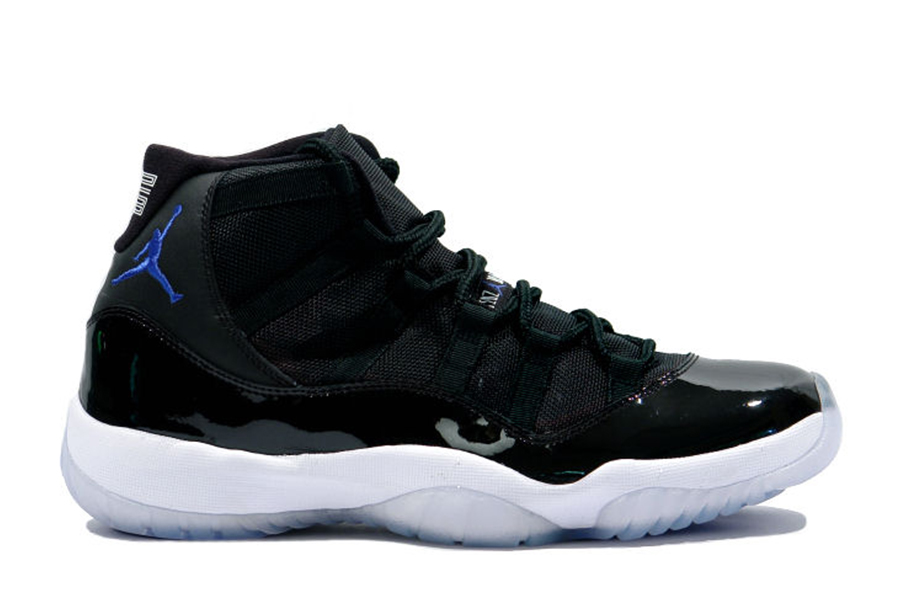 The “Space Jam” colorway was given its pen-name thanks to the animated film starring MJ and the Looney Tunes characters. This 2009 release, which retailed for a whopping $175, introduced a new packaging set-up that consisted of a slide-out box, a plastic interior cover, and hard plastic shoe-trees. The Space Jam release caused mayhem nationwide, with one notable Foot Locker location getting some rough treatment that ended up in a storefront being completely destroyed. 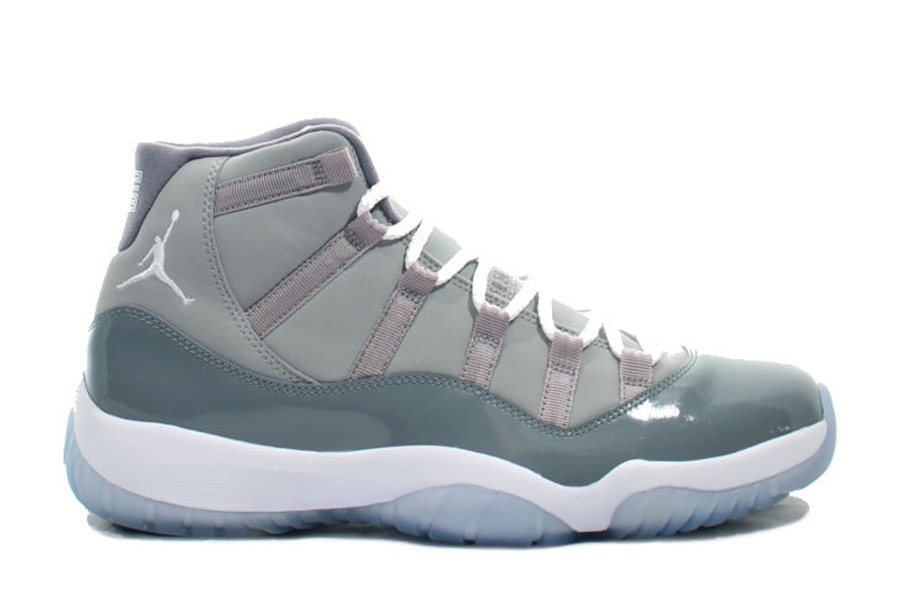 Although not truly an original colorway, the “Cool Grey” palette is often given that distinction in an honorary fashion. The 2010 release was the first of its kind since it originally hit stores in 2000, and like the Space Jams, these Retros were available in special box-packaging at an unchanged price-tag of $175. 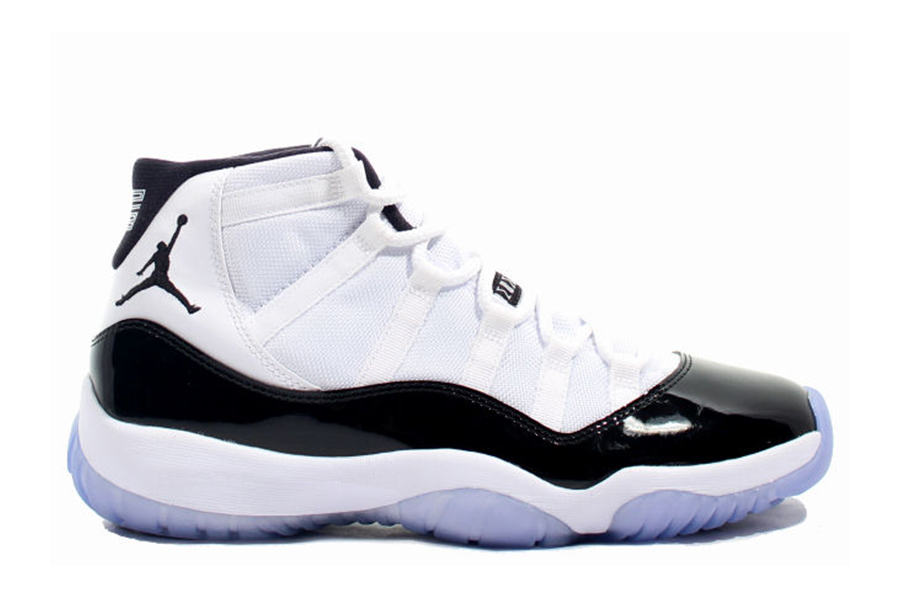 Arguably the most popular Air Jordan 11 colorway is the “Concord version that featured a white/black upper. This 2011 release was notorious for the blue tint on the translucent sole and the increased retail price of $180, although that didn’t stop fans from running to stores during the release. 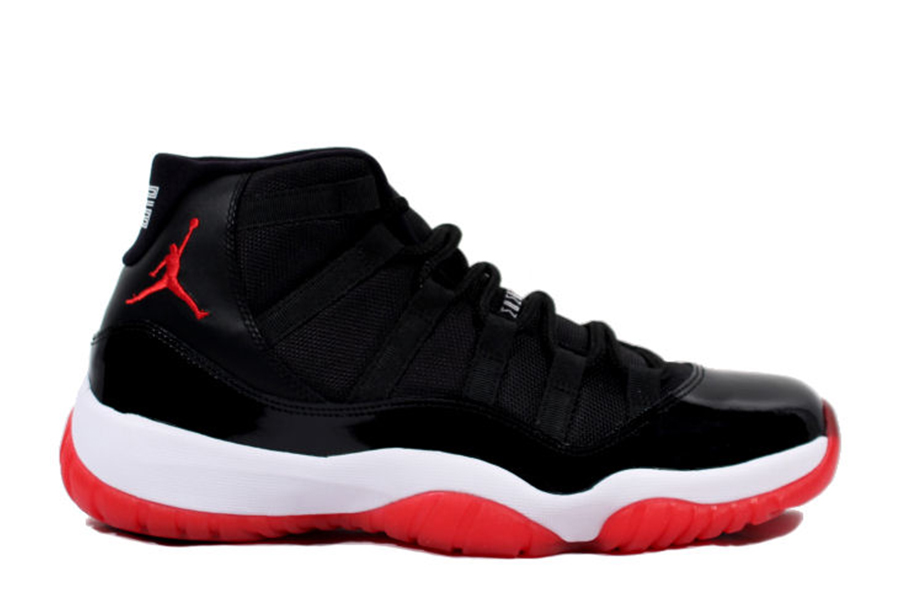 The most iconic of the XI set is the Black/Red color that Michael wore for most of the ’95-’96 season. It was that campaign that he led the Bulls to a magical 72-10 record – just one of the many stories behind the Bred 11. This version is also the most Retroed of the originals, hitting stores in four separate occasions as well as numerous restocks in 2013. The 2012 issue did not feature the same packaging as the previous Air Jordan 11 retros, although the hard plastic shoe trees were part of the set. 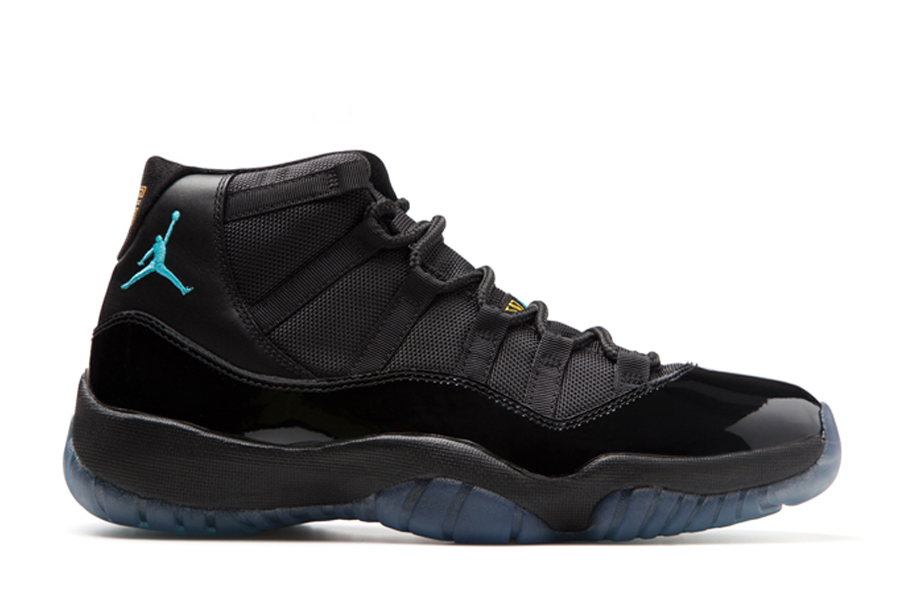 This weekend’s “Gamma Blue” will be just another notch on Jordan Brand’s healthy belt – even if the colorway isn’t an OG. Expect just as much excitement around as as any other Air Jordan XI in the past!