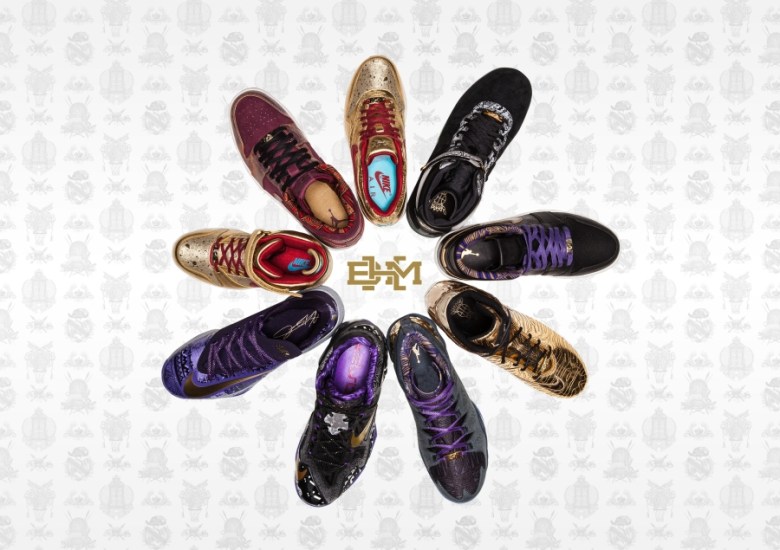 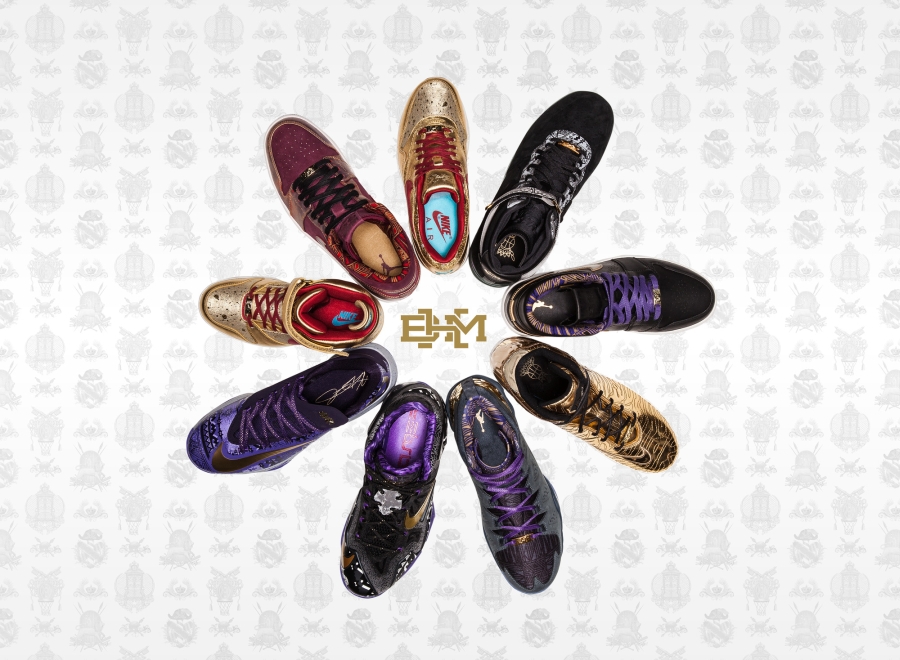 This year’s set of BHM Nikes and Jordans is a big one-there are ten sneakers in total that switch between signature shoes (The KD 6 and LeBron 11 among them), Jordan Brand retros, Nike SB releases, and more. Colors that make up this year’s theme include purple, burgundy, gold, black, and grey-each of which are seen applied to the sneakers with a brand new Black History Month print for 2014 – all of which are tied to the Sport Royalty theme. Stay with us after the break for individual shots on each of the new BHM sneakers and let us know which amongst the group you’re most looking forward to. Also remember that these sneakers will start to hit select Nike retailers starting February 1st, 2014.

For the fourth year, NIKE, Inc. is honoring Black History Month with a collection that pays tribute to a group of extraordinary athletes and their unwavering dedication to achieving success at the highest levels. Black History Month is always a reminder that athletes worldwide representing the NIKE, Inc. brand have been inspired by a legacy of Pan-African achievement.
SPORT ROYALTY

The 2014 BHM Collection was designed under the theme, Sport Royalty, to honor Nike’s kings and queens of sport: LeBron James, Carmelo Anthony, Allyson Felix, Maya Moore and Ishod Wair. The collection celebrates the crowning achievements and work ethic of these athletes that have won multiple championships, awards and led with high integrity and commitment both on and off their field of sport.
PRODUCT COLLECTION

One hundred percent of net proceeds (up to $1 million) generated by the 2014 BHM Collection during the month of February will go to the new NIKE Ever Higher Fund, a donor advised fund administered by Charities Aid Foundation of America (CAF America), a national 501(c)3 public charity.

The NIKE Ever Higher Fund will support charitable initiatives that leverage the power of sport to maximize the human potential of underserved youth. The hope is to assist communities with knowledge, resources and tools for the next generation of leaders. 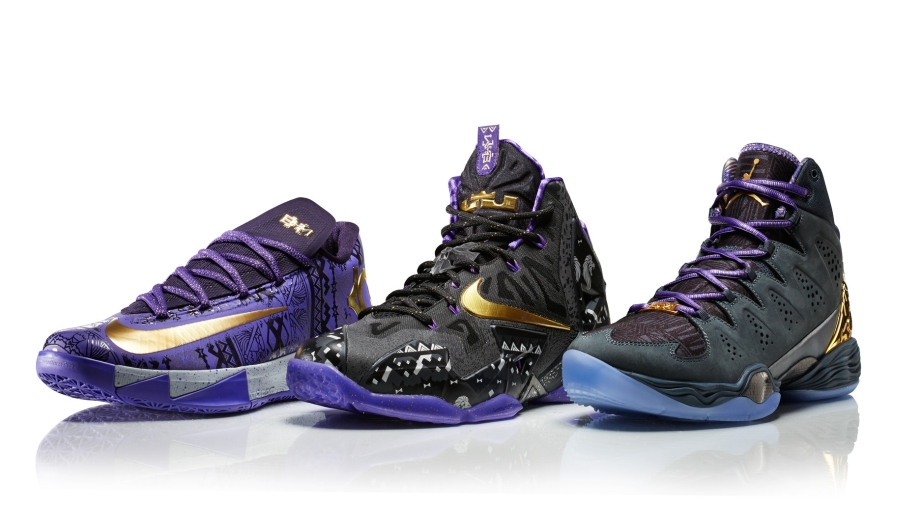 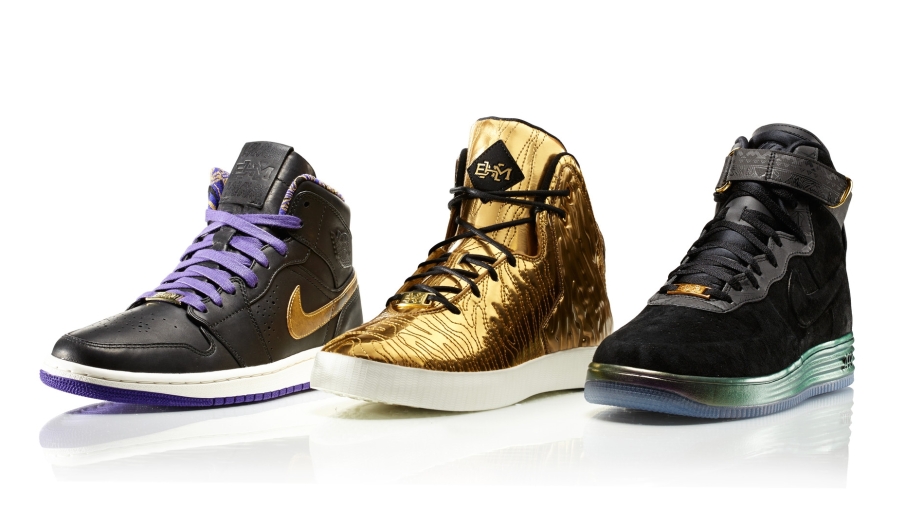 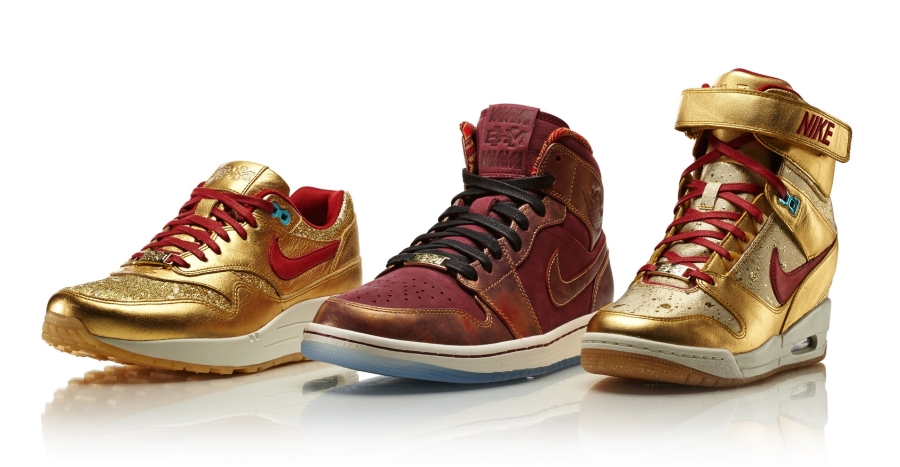 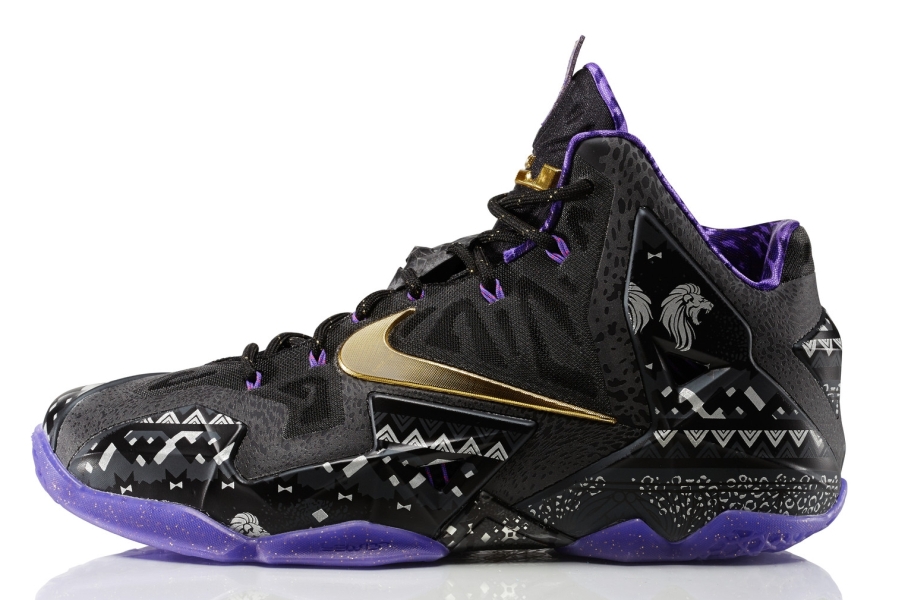 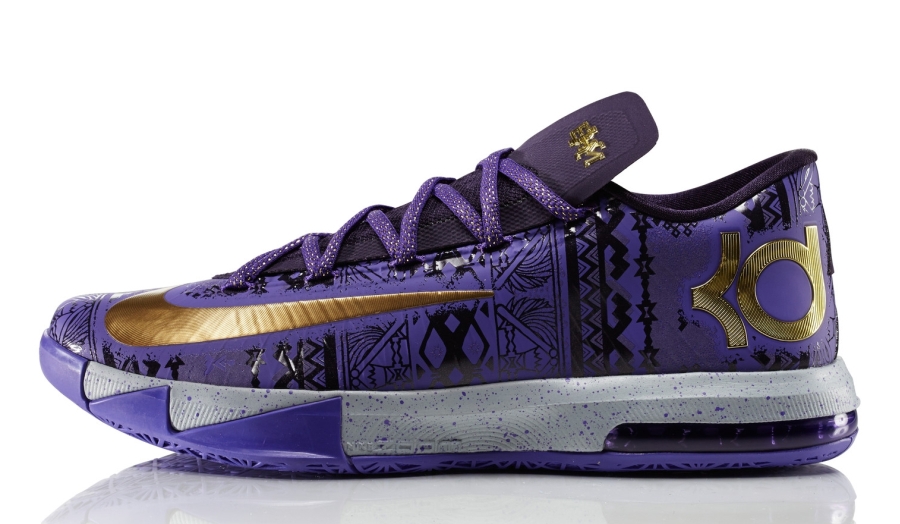 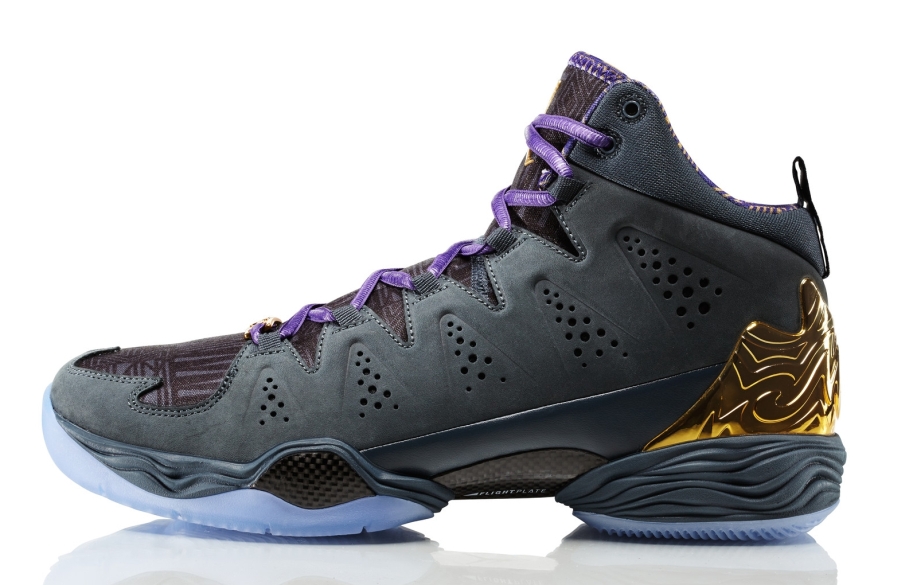 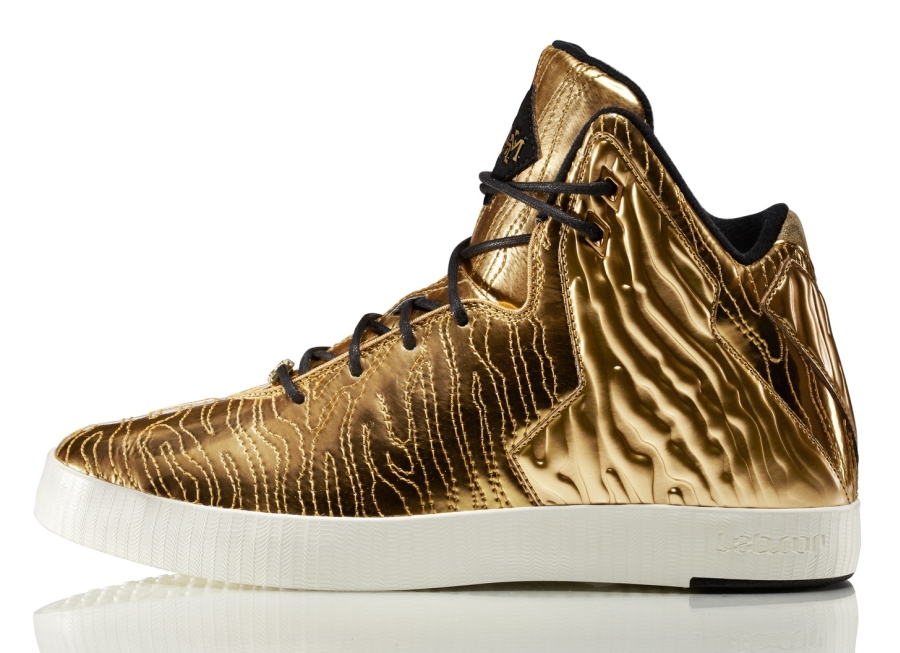 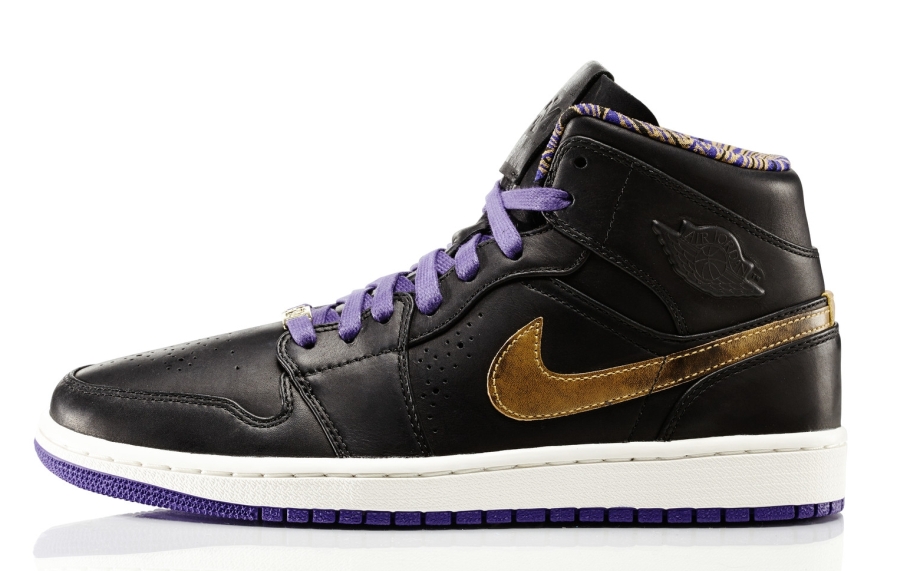 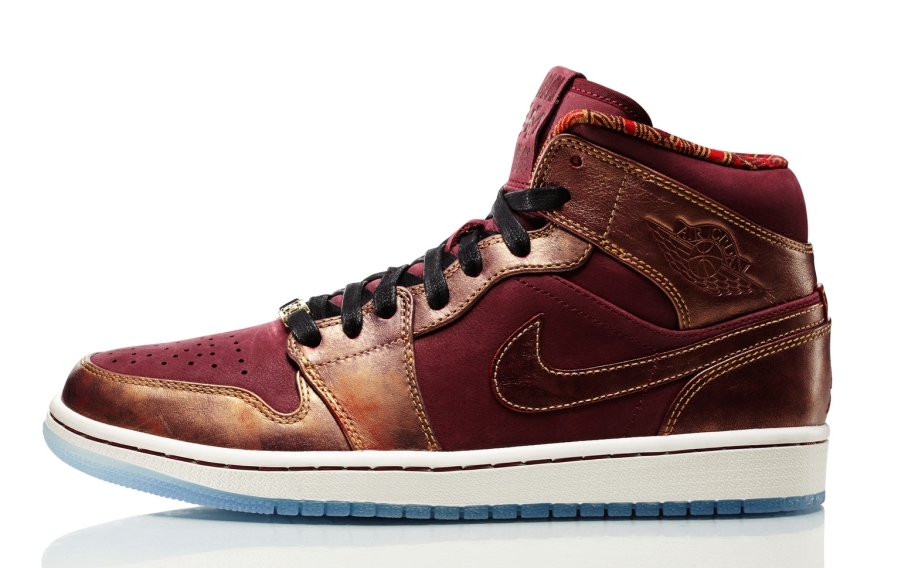 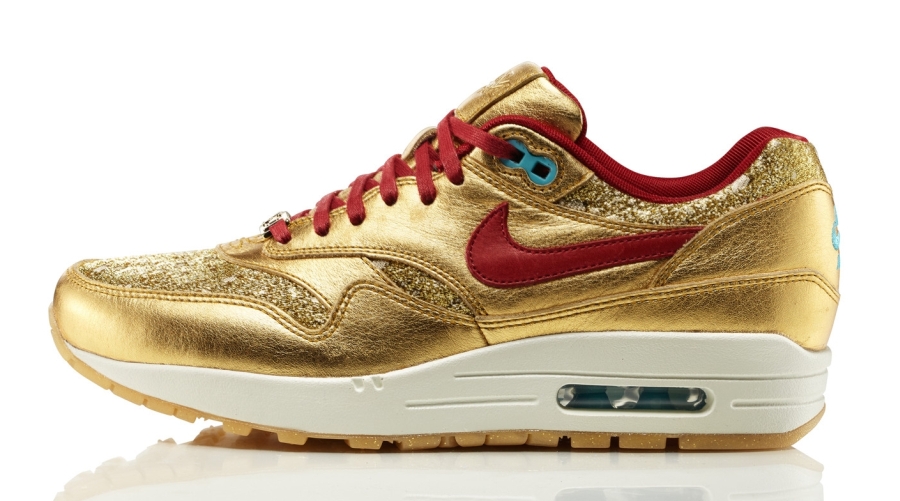 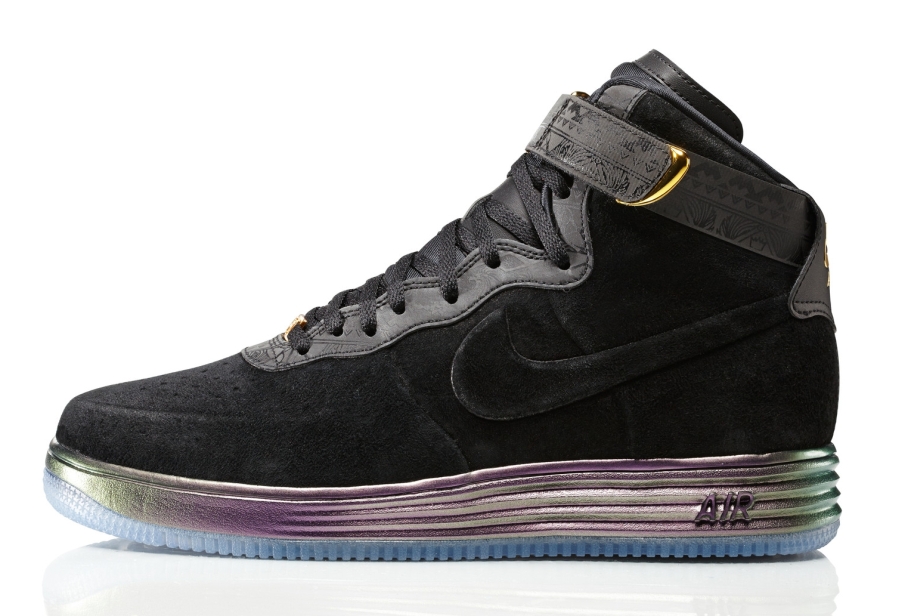 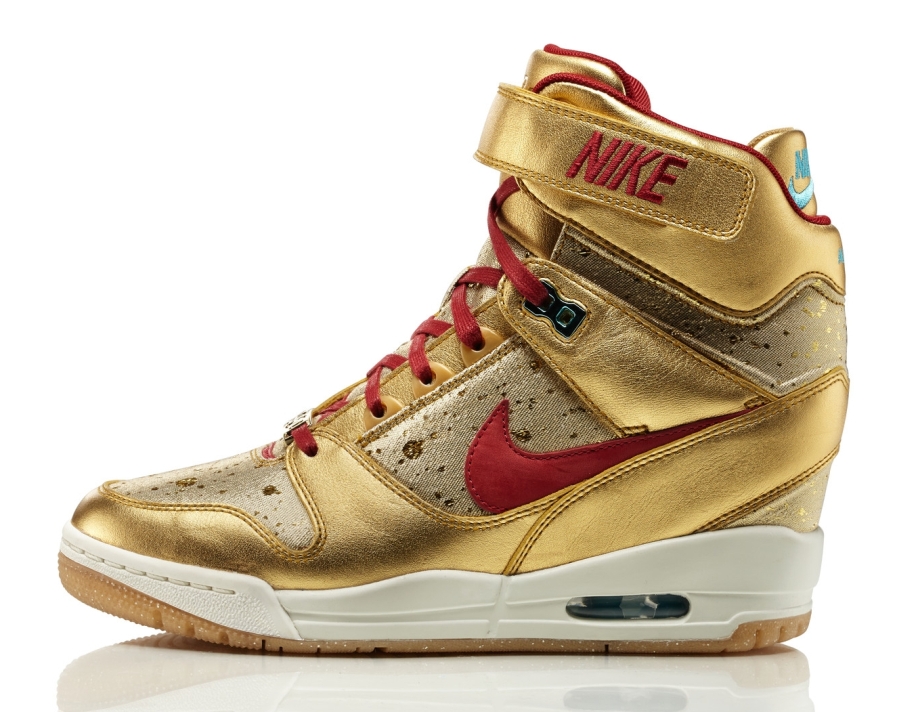