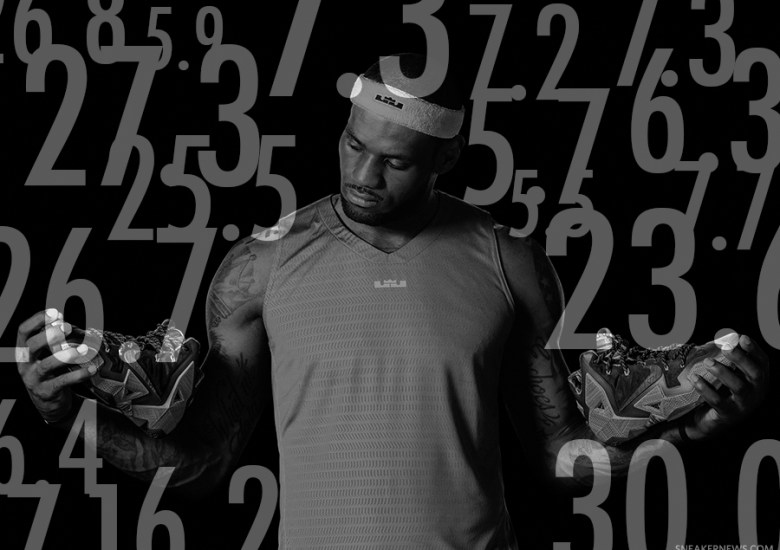 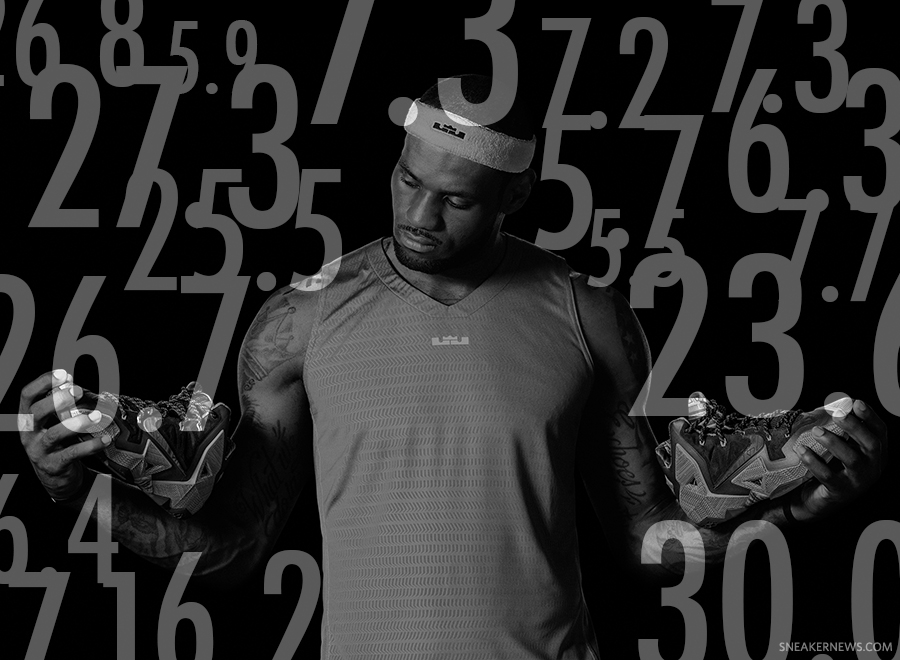 The 2013-2014 NBA Season has been an interesting one for LeBron James – particularly on the sneaker side of things. Before the season started, we braced ourselves for an onslaught of PE colorways of the LeBron 11, but that hasn’t been the case! Due to some issues with fit, LeBron has depended on a rotation of sneakers that feature the newest signature, LeBron 10, LeBron 10 Elite, and Zoom Soldier VII (the last of that group getting some extra shine on the PE front). The question is: does LeBron’s sneaker selection affect his play? Does the data tell us what sneaker LeBron should rock for the rest of the season?

At the mid-way point of the 2013-2014 Season, we decided to looking into the bare stats and see how LeBron and the Miami Heat perform when LeBron is wearing the four different models. Numbers generally don’t lie – especially in sports – so the outcome of this basic analysis should give you an idea of what LeBron should wear (and will likely wear throughout the reason of the campaign), and some of the results are rather surprising. Check out the overview of LeBron’s sneaker rotation from the first 41 games and let us know what sneaker he should wear for the remaining 41 games! 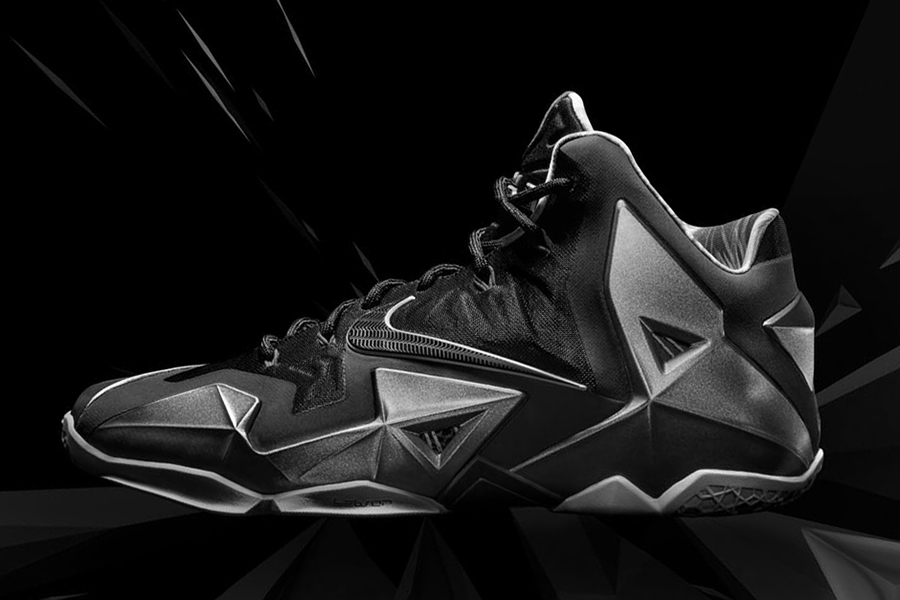 Let’s start with the newest sneaker release in LeBron James’ sneaker rotation – the Nike LeBron 11. This shoe was worn for twelve games this season, and it’s served the team rather well as they’ve amassed an impressive 10-2 record during those occasions. LeBron’s numbers are arguably better than his season averages; despite scoring a tad less, his rebounds and assists are considerably higher. 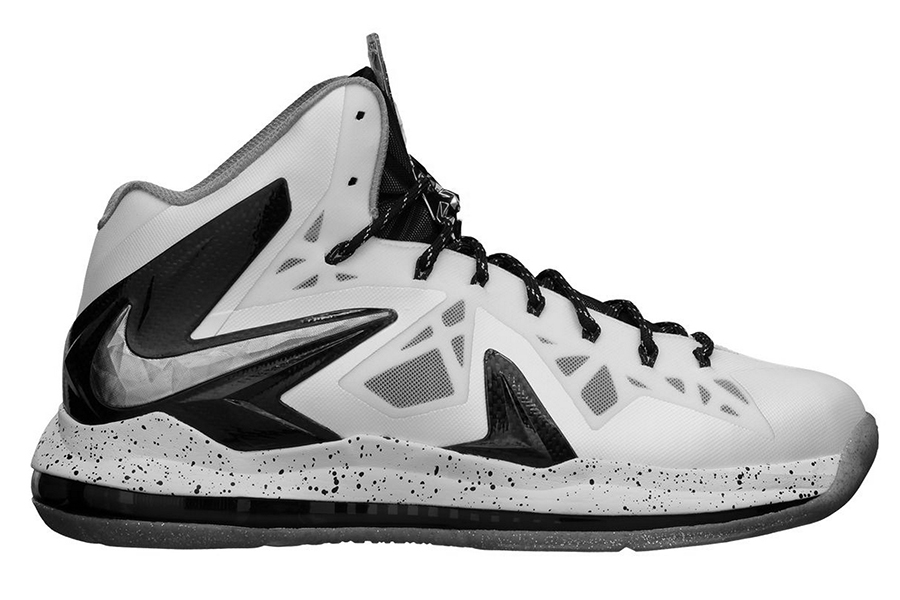 Next up is the Nike LeBron 10 Elite – a sneaker that LeBron won his most recent NBA Title in. It’s also the shoe that LeBron James has used the most this season, and it’s served the Heat fairly well – they’re 9-4 when James rocks ’em. Surprisingly, his numbers are all below season averages when using these sneakers. 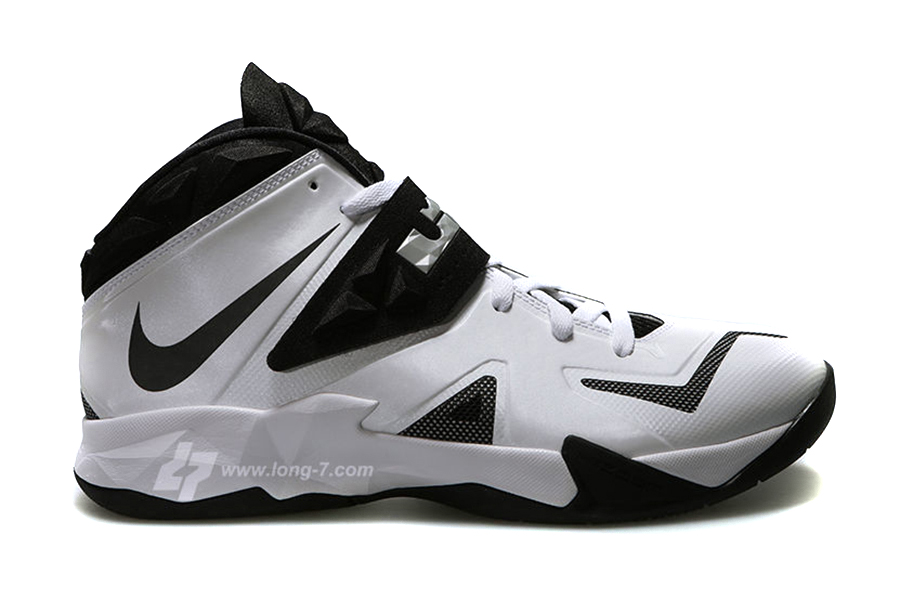 The shoe most recently in use is the Soldier 7 – the takedown model that Nike has given extra attention to this season. We’ve seen quite a few PEs on LeBron’s feet this season (like the BHM joints last night), and LeBron scores the most when in this model, but the Heat are merely a .500 team in the 8 games he’s worn them. 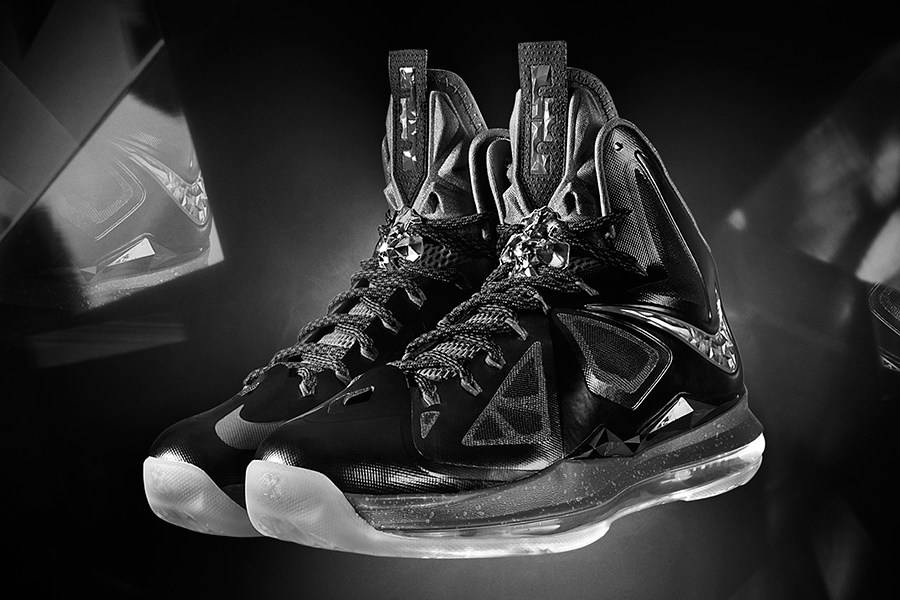 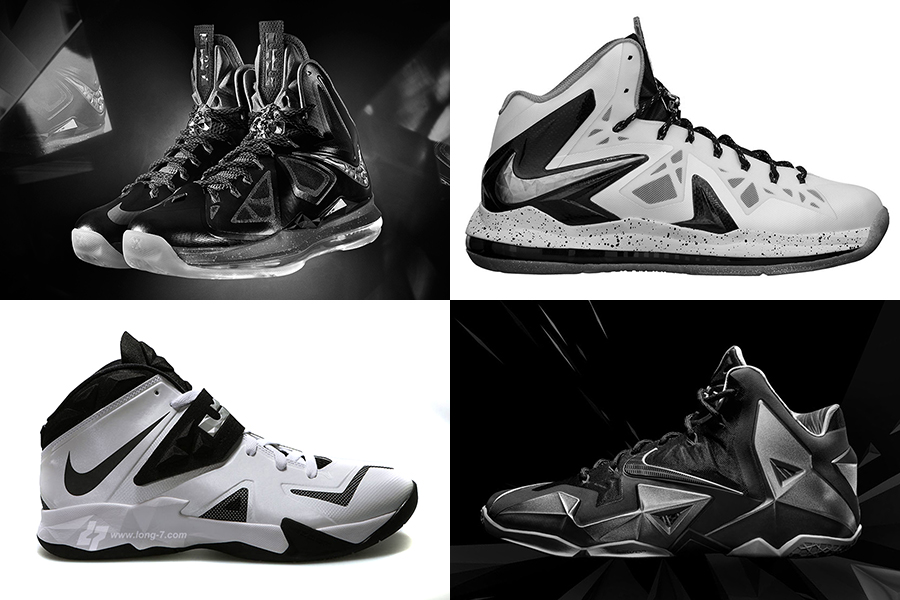 LeBron also switches shoes mid-game from time to time. This season, he’s done that four times, mixing up all four models in the process.