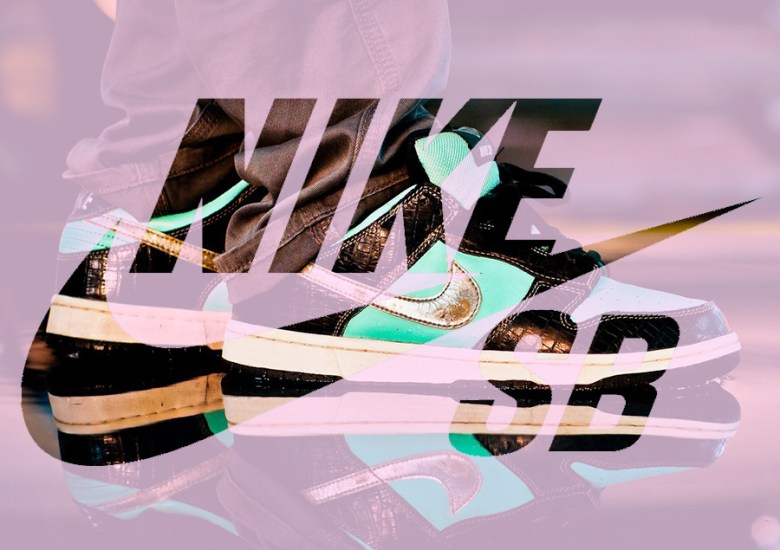 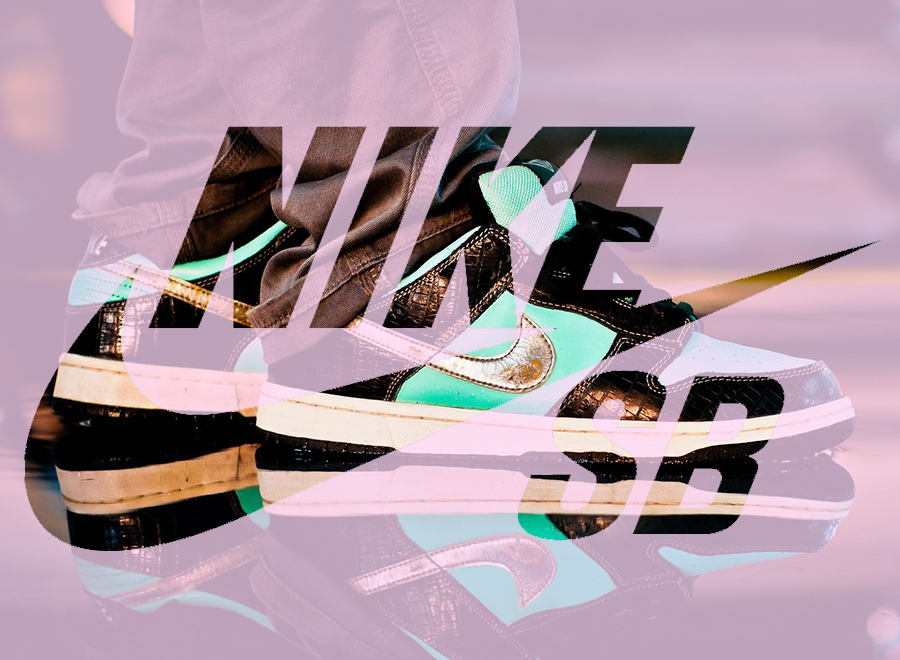 Nike Skateboarding’s success did more to influence the rise of sneaker collaborations than any other single factor in the first decade of this millennium. The Swoosh finally paralleled its dominance in other sports into legit street cred in the skeptical, once borderline xenophobic world of skateboarding, in large part because it embraced the landscape of independent brands who really made the sport. Today, Sneaker News introduces a historical segment simply called Nike SB Archives with the aim of retelling the most riveting stories from the category during its heyday. Today’s topic – 2005’s Team Manager Series.

2005’s Nike SB Team Manager Series brought together five releases with four established brands plus a fifth from Nike’s own team manager whose ‘Family’ theme signaled that SB was officially inside skateboarding’s inner circle. Included in the set is Diamond Supply Co., Stussy, Real Skateboards, and Alien Workshop, as well as Hunter Muraira, who now serves as Nike SB’s Global Brand Director. Let’s take a look at each colorway and get a sense for what each colorway meant to its respective designer and their respective legacies. 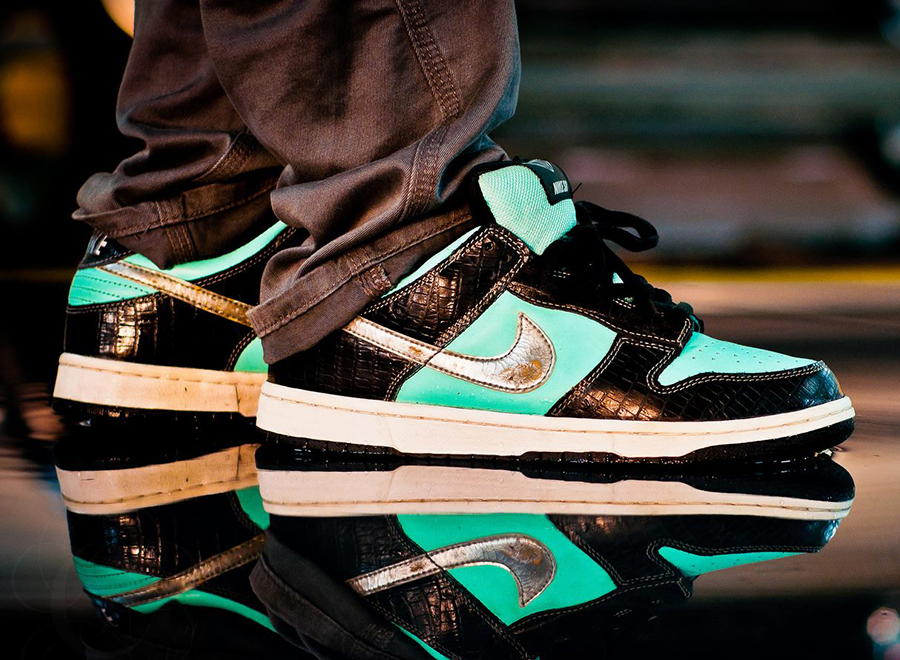 The crown jewel of this quintet is undoubtedly the ‘Tiffany’ Dunk by Diamond. Here’s why there’s no question this was the biggest hit of the five: resale value alone should be enough. But there are plenty more reasons beyond just sneakerhead demand for that one product (and, of course, its recent hightop offspring). The most impactful was that this product exposed a huge audience to what was once a relatively small hard goods company. Diamond has gone on to grow into one of the more influential lifestyle brands in the skate/streetwear market. Add in the fact that this is one of the most often copied or at least referenced colorways out there and the Diamond Dunks are up there with the most important SBs. 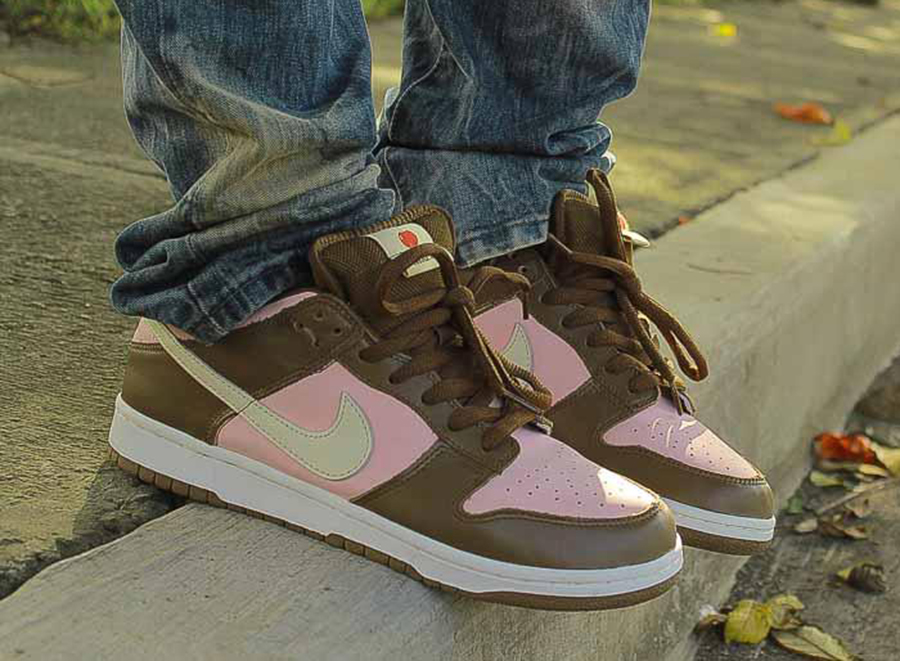 Stussy is the longest running brand of the five that contributed to the Team Manager capsule. Designed by Robbie Jeffers, this tri-colored salute to ice cream came with a cherry on top of the tongue tag and one of a string of Stussy x Nike collabs that’s been going for about fifteen years now. Stussy is also the only one of these brands who has collaborated on non-SB Nike product (and quite a few, at that), which reflects their status in the world of streetwear at large. 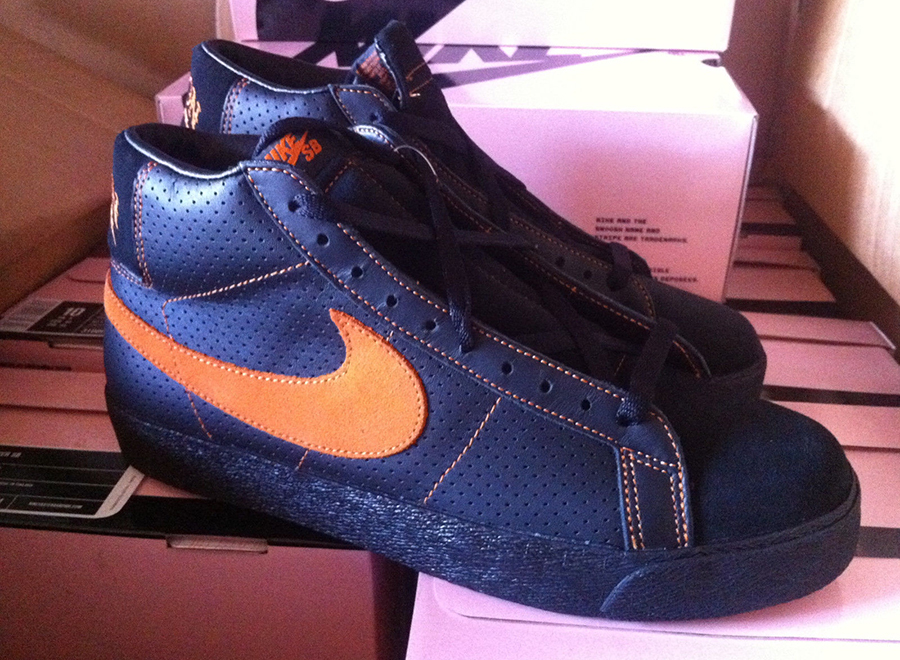 Real has some of the best skaters in the world on its roster and that’s why they’re going strong nearing a quarter-century in business. It’s no coincidence that the DLX-distributed brand crafted one of several Bay Area-inspired Nike SBs in the Giants-colored ‘Mission’ Blazers. 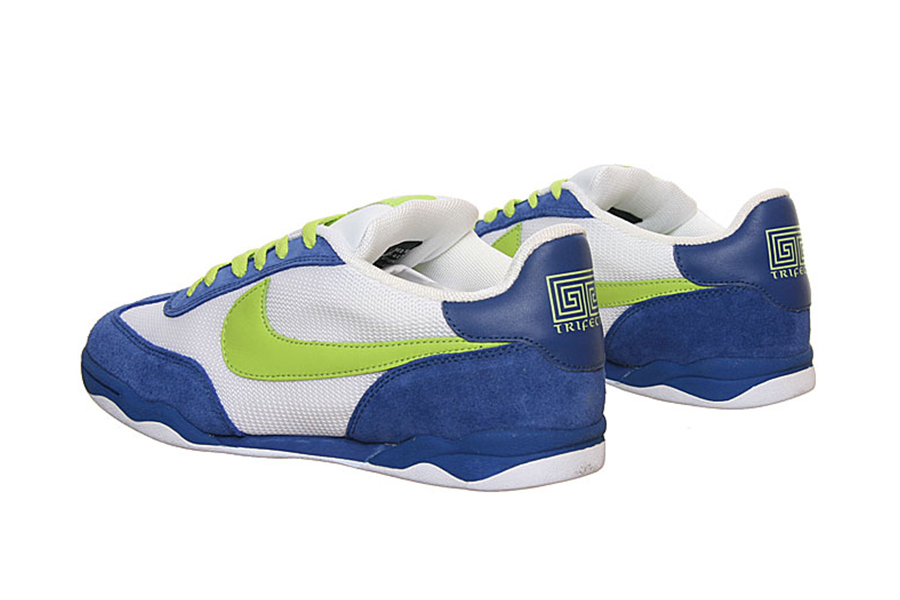 Before Omar Salazar signed with Nike Skateboarding, he was gracing magazine ads for Alien Workshop. Just before Omar joined, Alien had made its own connection with Nike, crafting this ‘Trifecta’ aka ‘Scribble Jam’ Zoom FC. The SB Zoom FC, a revamped version of the indoor-football classic, was one of the more trendier silhouettes during the pink-box era, and this “Trifecta” stands as one of the true gems of the model’s limited lifespan. 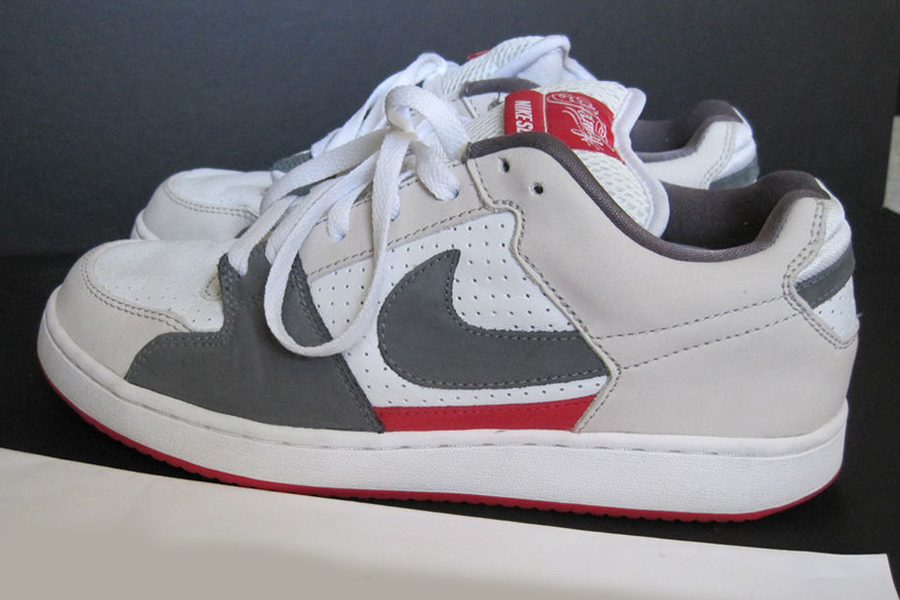 The one in-house style from the Team Manager line was Nike SB’s own Hunter Muraira, who has gone on to become the current Global Brand Director. The ‘Family’ Team Edition celebrated SB’s stable of riders and the foothold they earned the skate shoe market. The shoes also came with neck tattoos in the lace-bag!