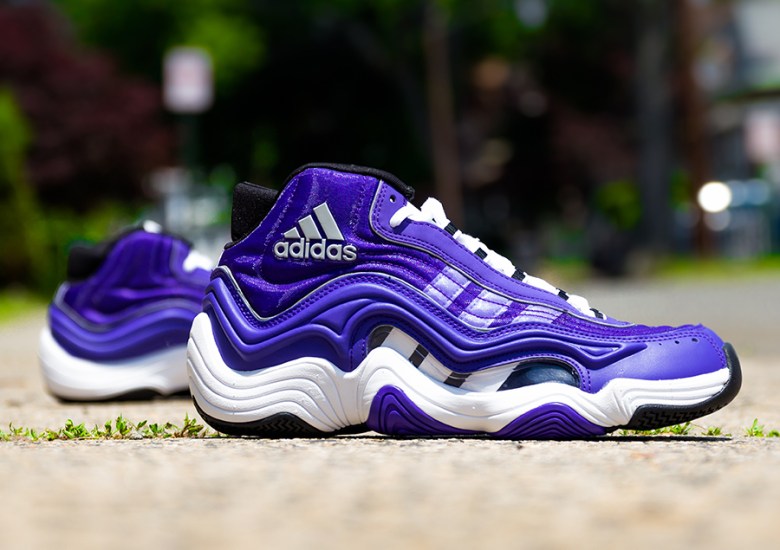 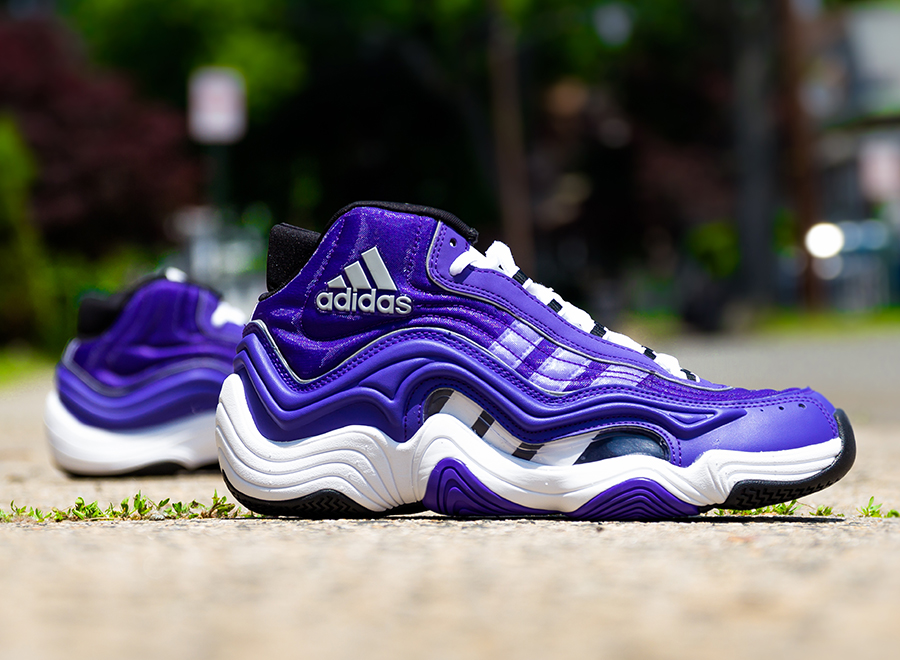 The adidas KB8 II is back and it’s up for grabs now. Of course adidas isn’t allowed to call them by that name, so the shoe has been officially re-introduced as the adidas Crazy 2, but that won’t stop them to making plenty of colorways that reference Kobe’s past in the sneakers. First up is this pair, which gets drenched in a power purple touch and a little bit of 3M flash. Take another look at them after the click and pick up this pair of Kobes today from the team at Packer Shoes. 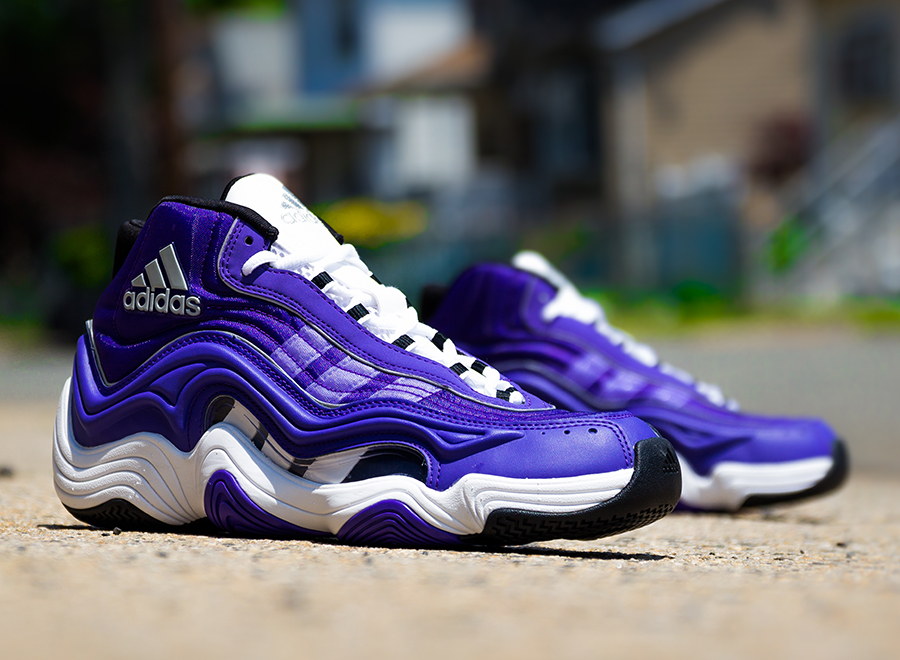 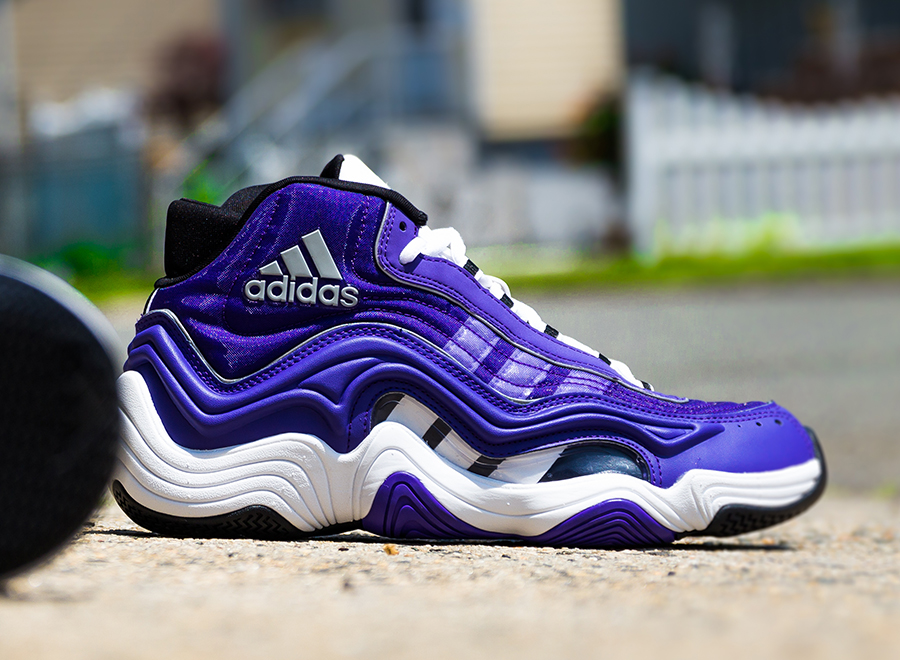 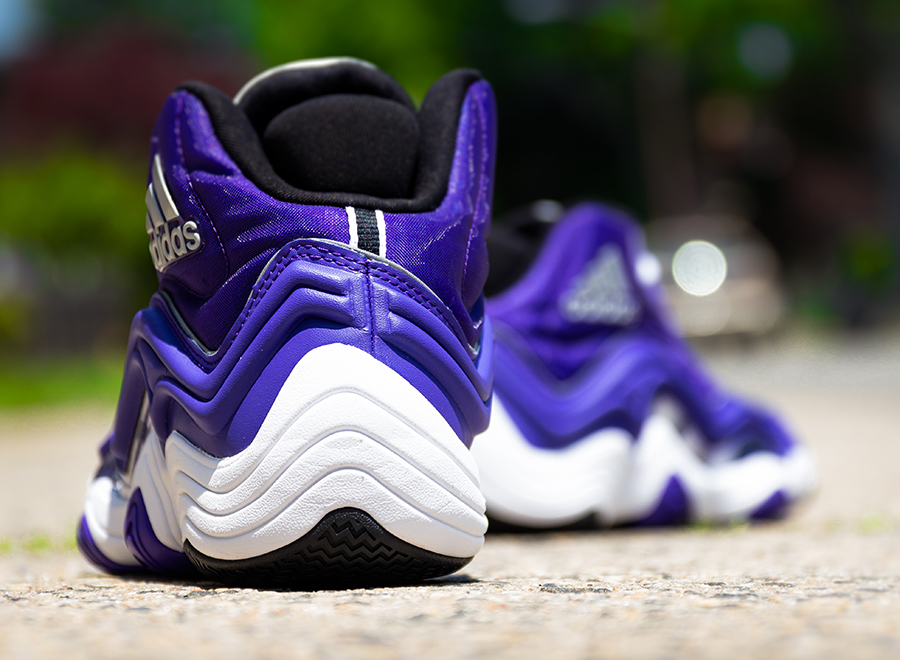 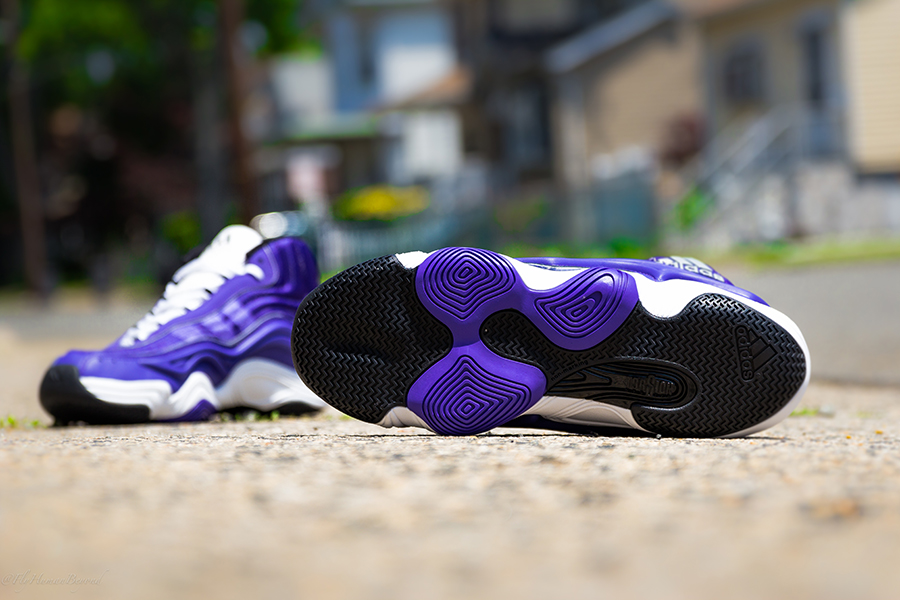 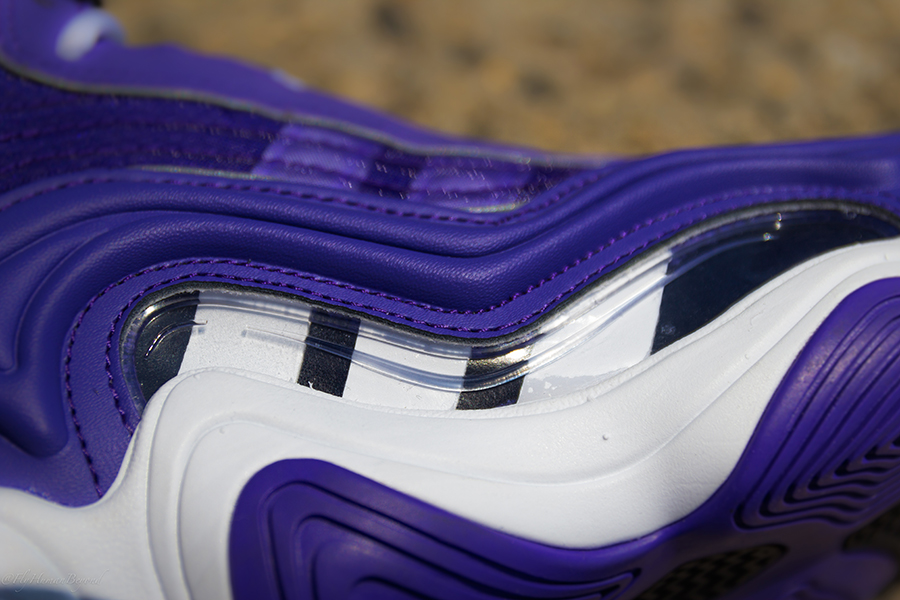 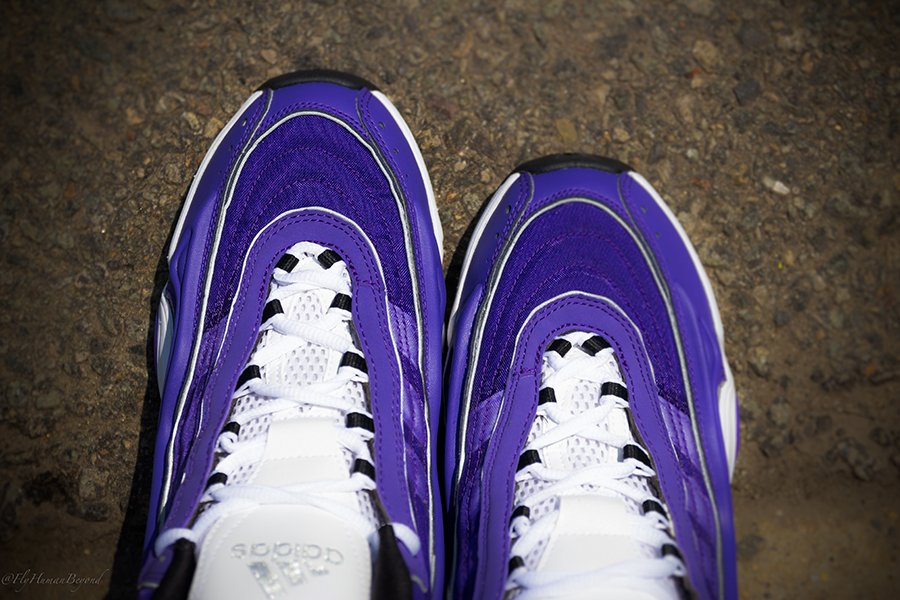 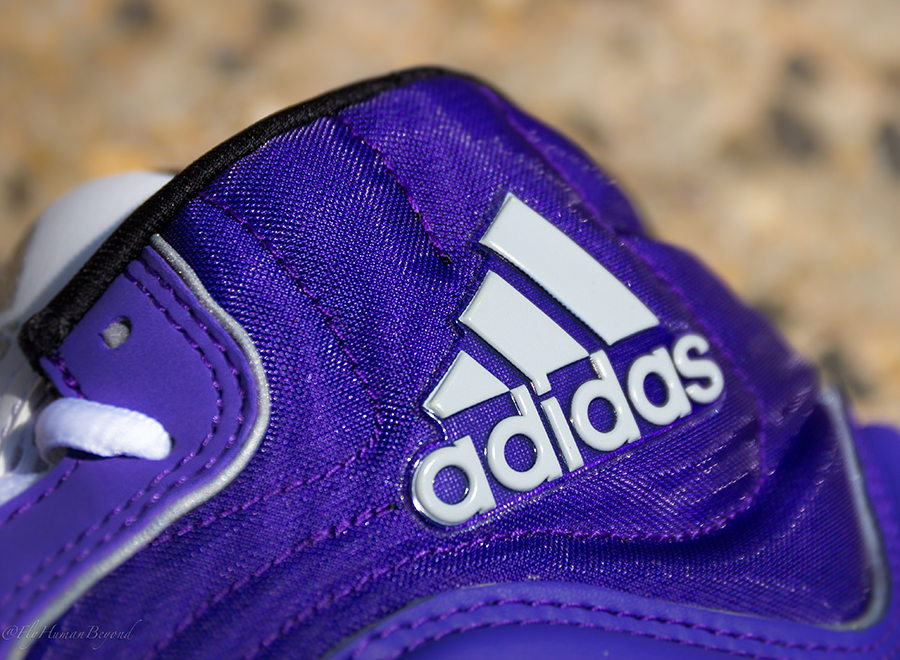