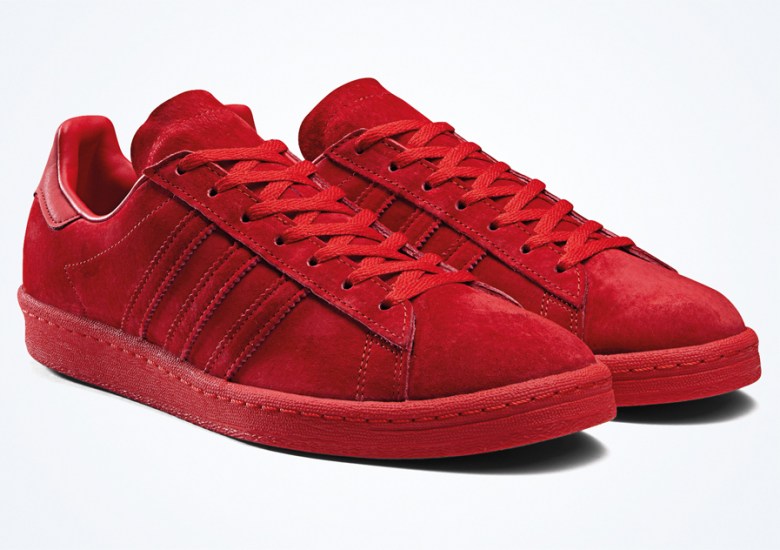 While the Miami Heat may have broken up over the summer, they were still the most watched team in the league last season, so adidas Originals thought it was appropriate to feature them in their upcoming NBA Pack, a collection of two new adidas Campus 80s set to carry the love of the NBA into your casual attire. A luxurious all red pair nods at the Chicago Bulls with pony hair stripes on the medial sides while an all white references the frequent white outs at the Heat home games. Which pair are you feeling? Be sure to check out more from this upcoming adidas Originals release and lookout for this NBA inspired pack to drop at select three stripes retailers on August 1st.