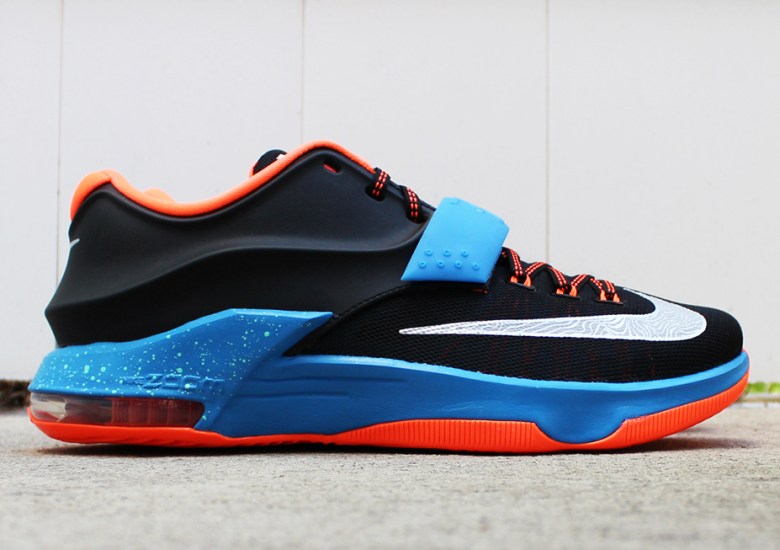 A Detailed Look at the Nike KD 7 “Away” 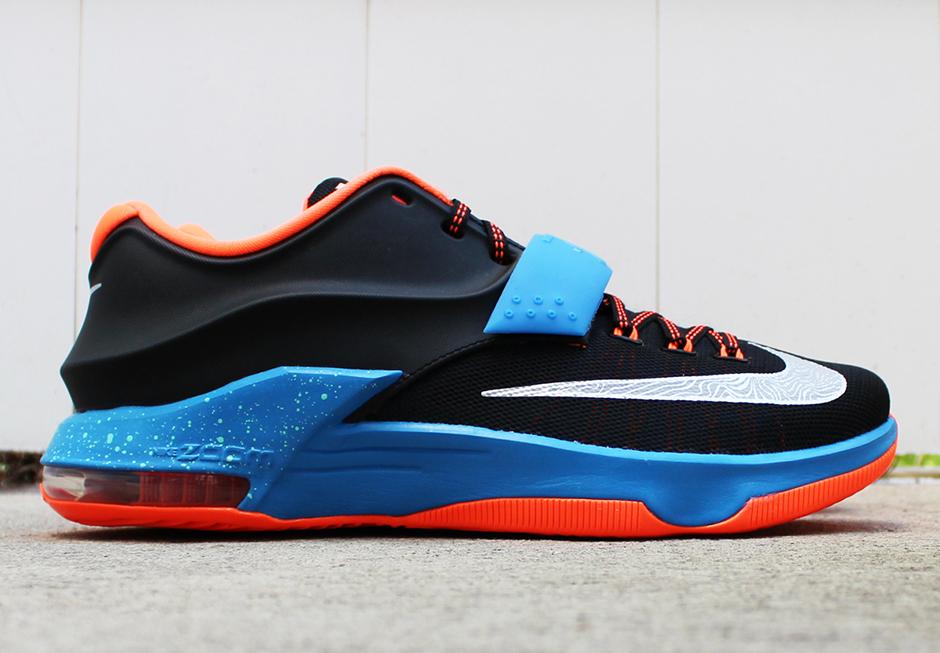 The Thunder and NBA alike are going to miss reigning MVP Kevin Durant for nearly the first two months of the season, but while he won’t be wearing his signature KD 7 on-court for the time being, we’ll still be able to get our hands on the pairs slated for release. Today we get a look at the Nike KD 7 “Away” in full glory, a pair that sticks to the yearly OKC installment’s inclusion of Photo Blue and Hyper Crimson on top of a black base. They’ll arrive at retailers on October 29th. Stick around after the break for a full look at the KD 7 “Away” and let us know if you’re feeling the first Thunder-themed Kevin Durant release of the year by taking your thoughts to the comments section below. 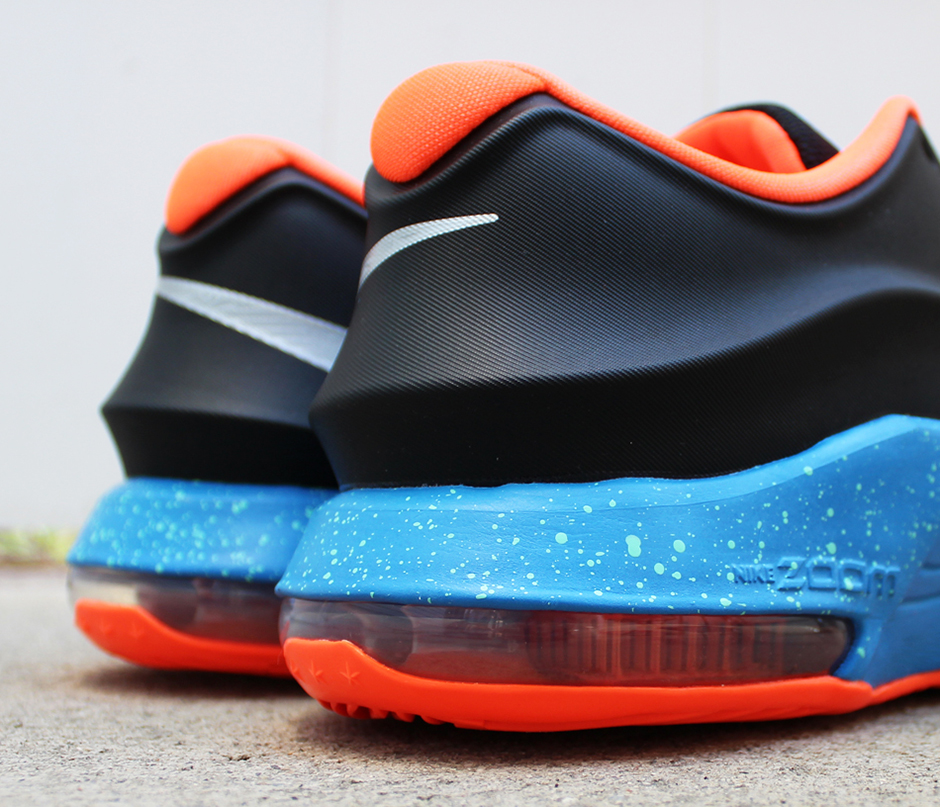 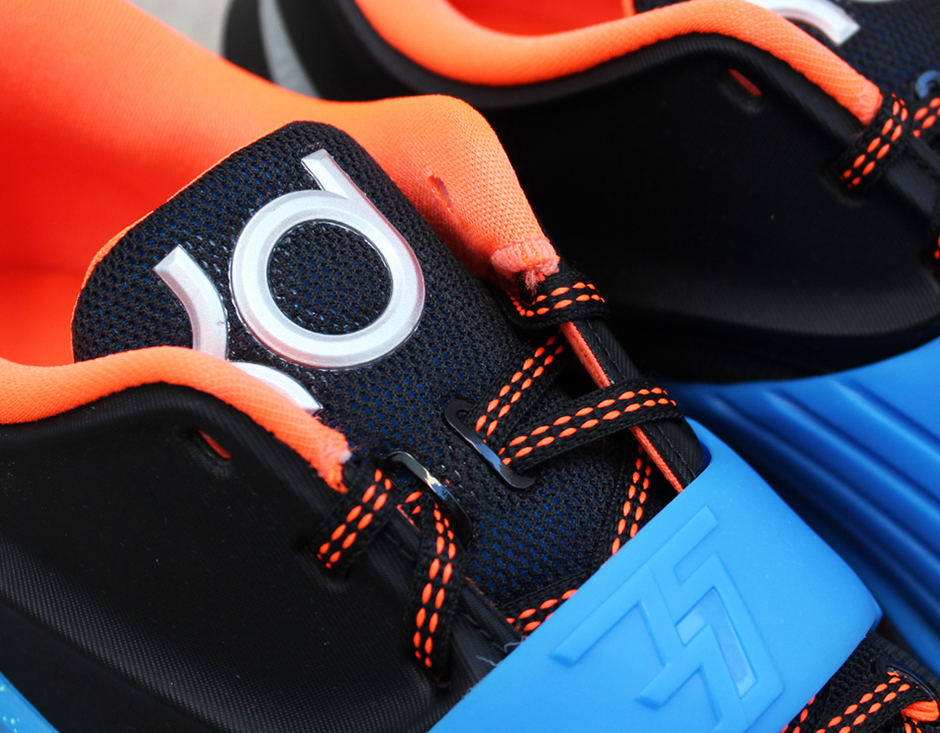 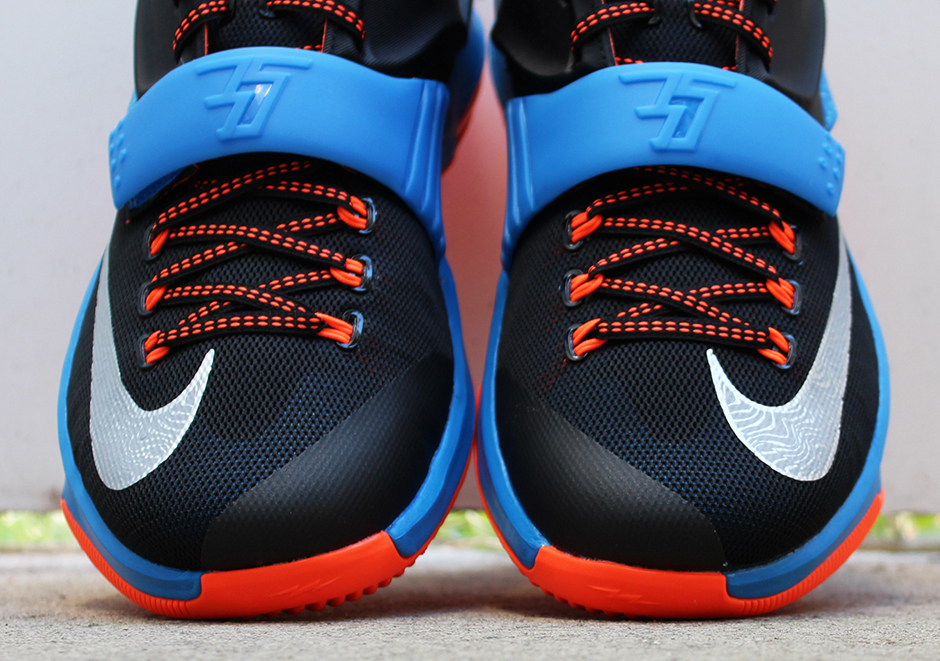 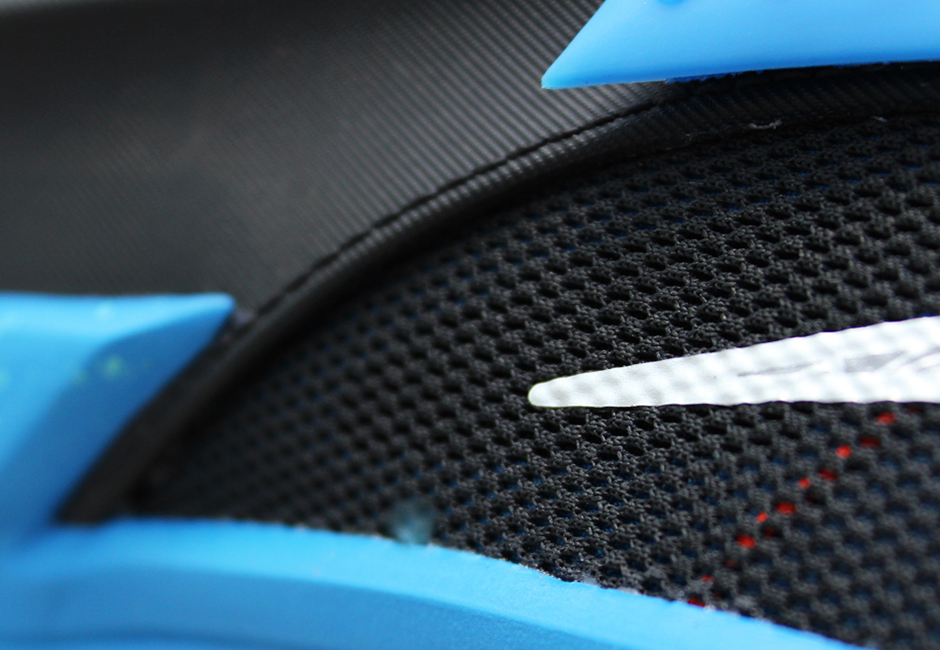 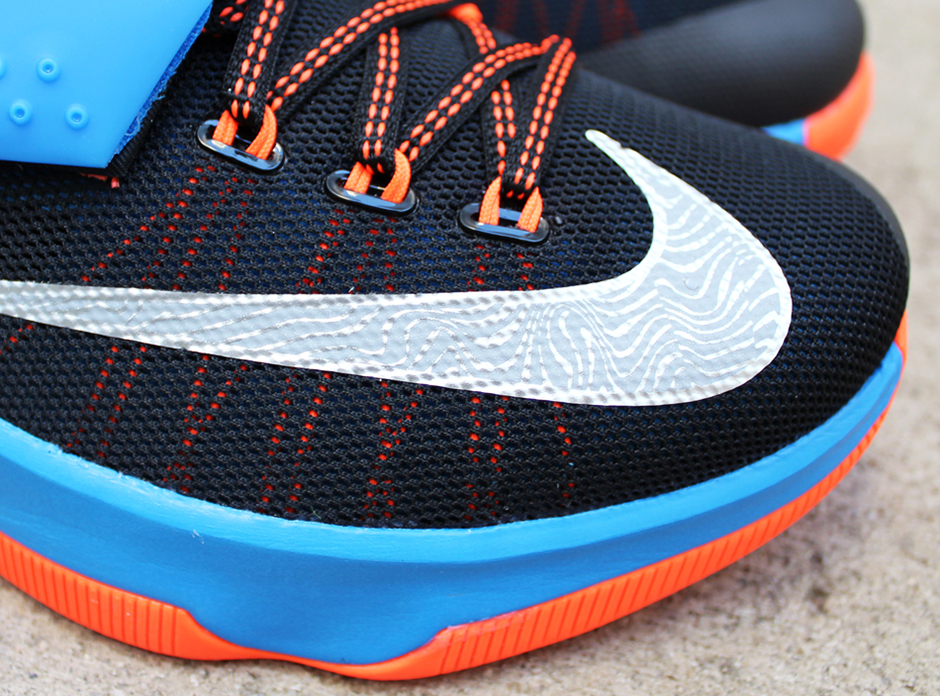 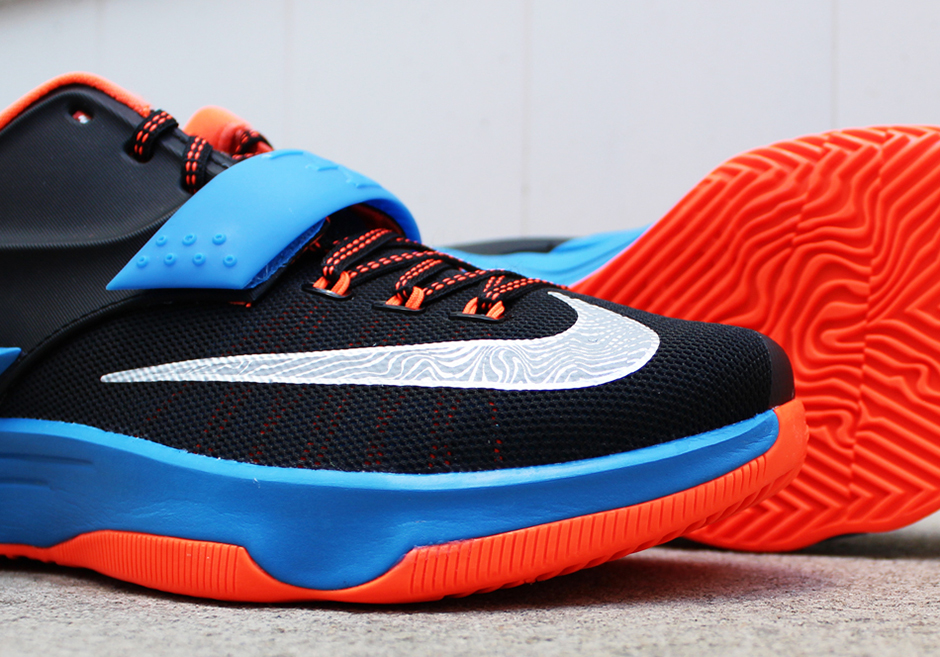 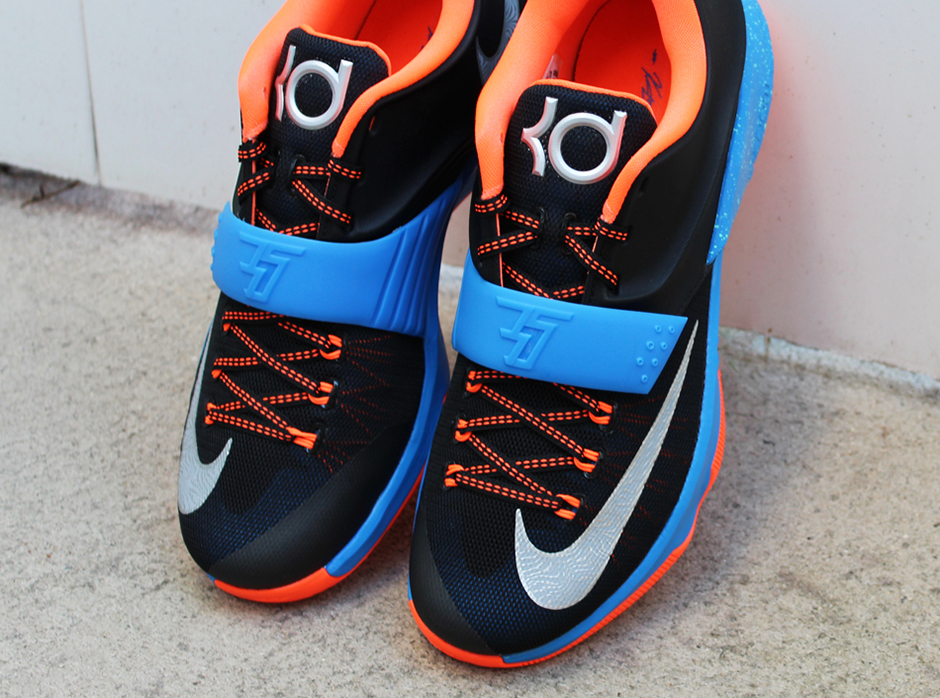