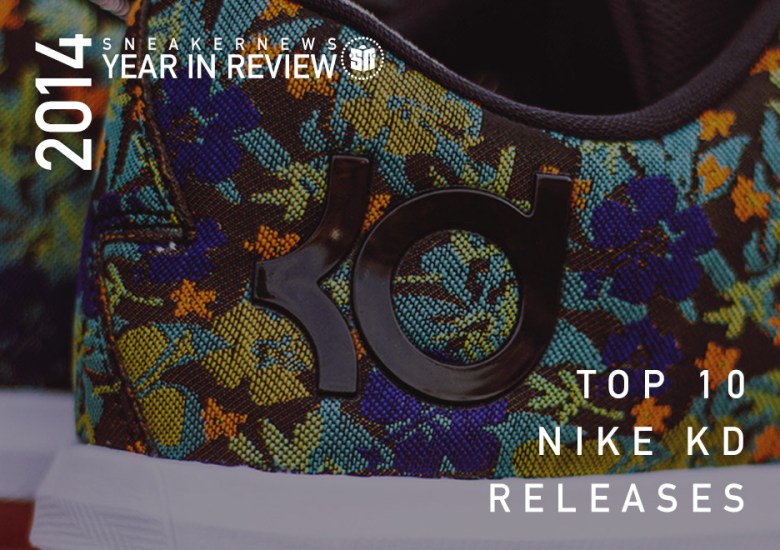 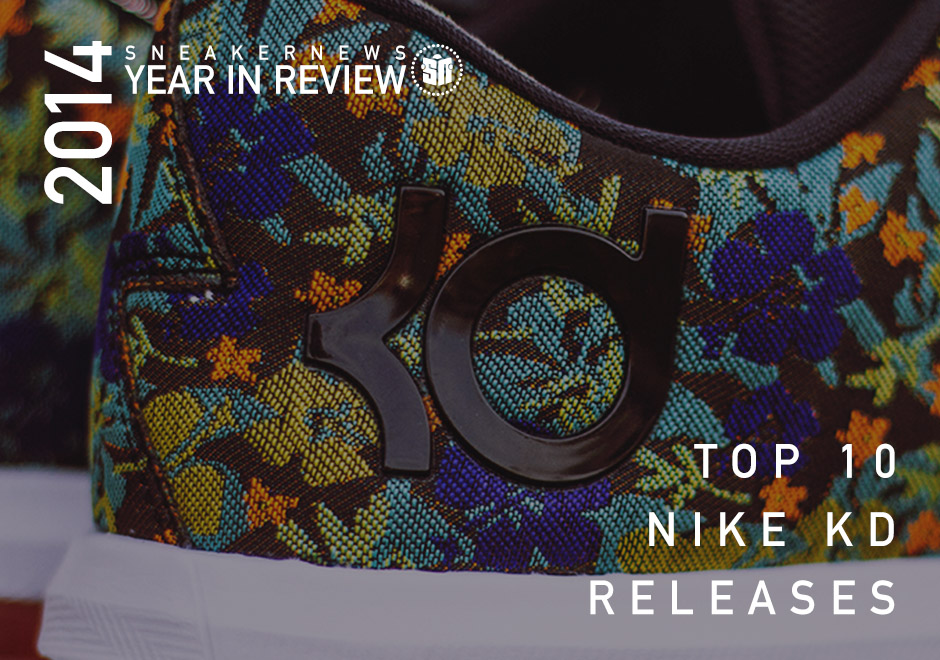 2014 was quite a momentous year for Kevin Durant, who earned his first-ever NBA MVP and stood in the middle of a heavy bidding war between a titan and growing powerhouse in the footwear industry. These two events served as unofficial changing of the guards for the KD signature line in 2014, which is exemplified with this compilation of ten KD 6 and KD 7 releases that fell into this remarkable timeline of events. Check out or Top Ten Nike KD releases of the year in the pages ahead and stay tuned for more of the Sneaker News 2014 Year in Review. 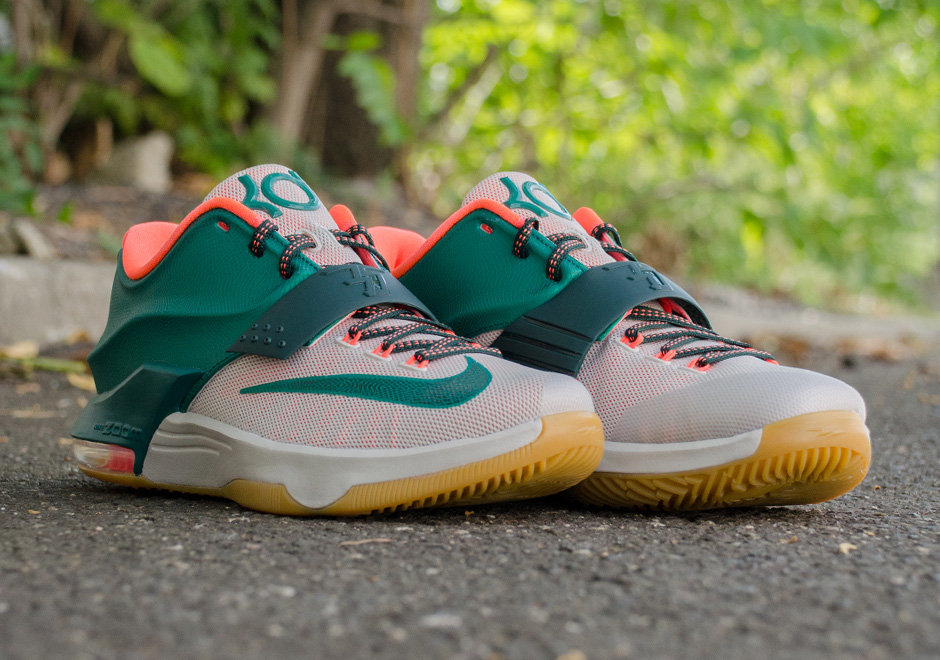 Born out of Durant’s nickname and Instagram handle, the “Easy Money” colorway grabs color and details from the latest $100 bill in circulation. 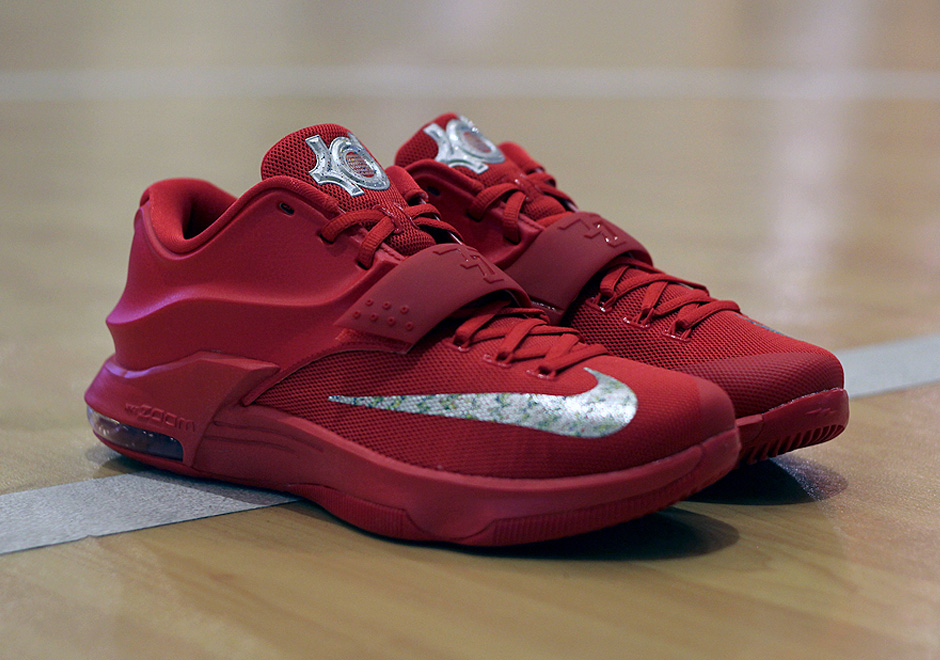 This bold all-red look on the KD 7 represented the worldwide reach of basketball and served as a celebratory release for the FIBA World Cup and Global Games exhibitions. 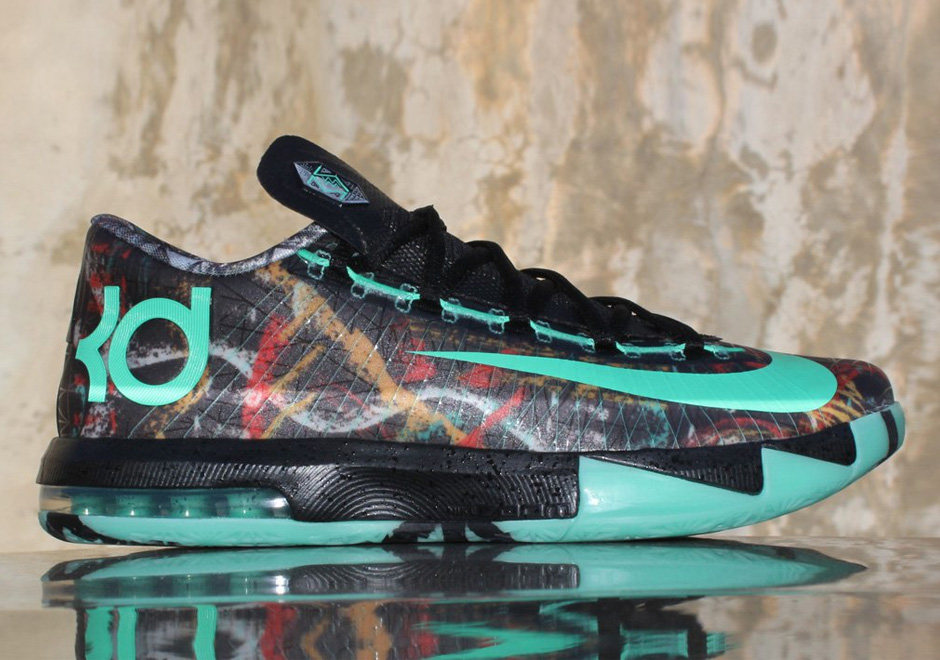 With generous glow-in-the-dark detailing and a wild graphic print designed after the NOLA Gumbo League, the KD 6 “All-Star” was tough to resist. 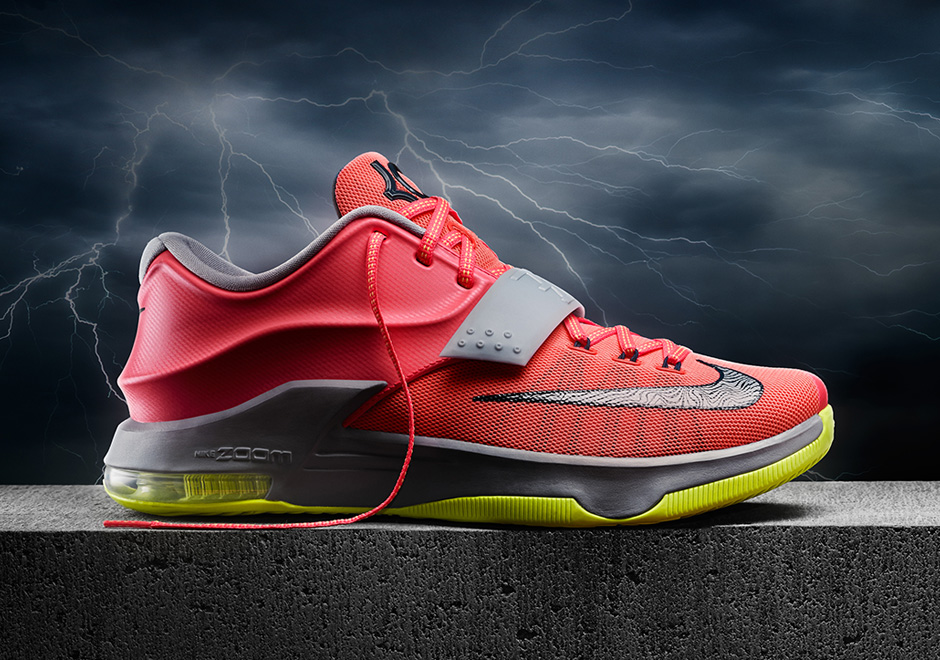 As the lead colorway of the Nike KD 7, the “35k Degrees” acted as a precursor to the “Lightning Strikes” campaign that served as the backbone for several releases that followed. 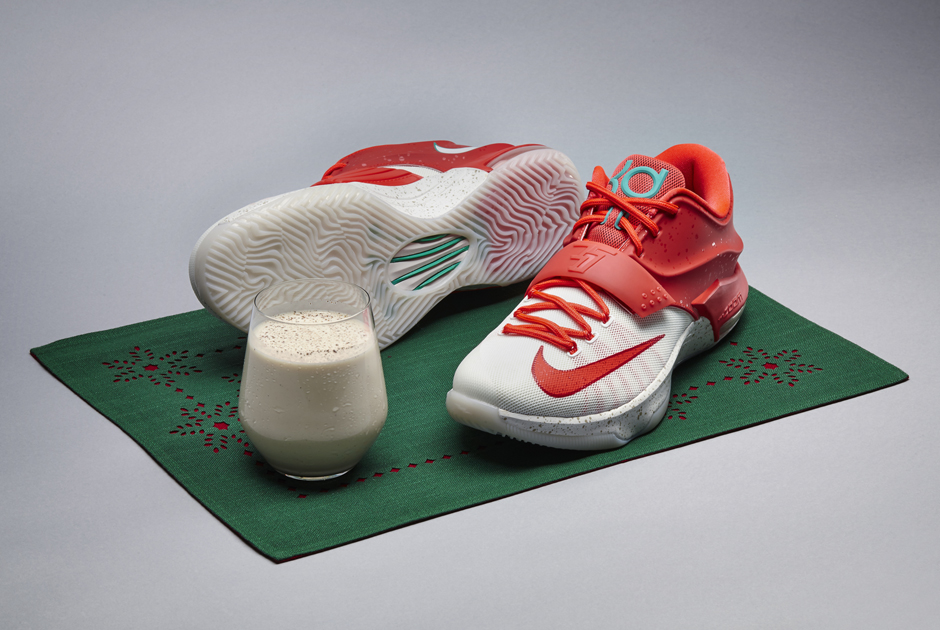 The Holiday tradition continues with another rich story from the KD camp. This awesome colorway is inspired by Eggnog, with cream tones and bright orange hits bringing that warm, seasonal vibe. 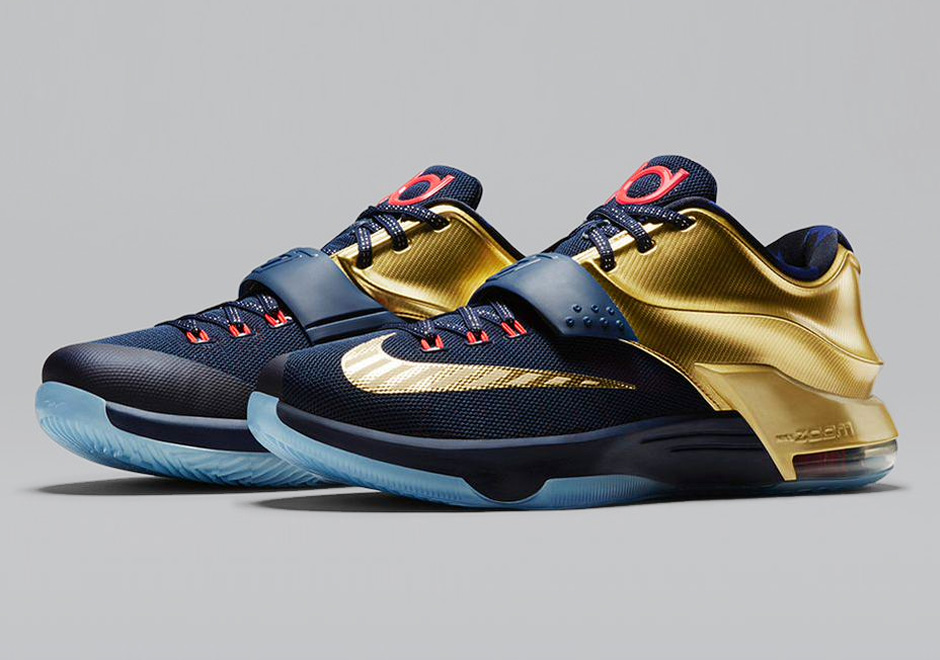 The timeline of the first-ever KD 7 Premium release was rather interesting; after Nike locked KD down to a long-term contract, Durant leaked the first photo of this golden pair on his Instagram. Before withdrawing from play, KD intended to wear these during the FIBA Finals. 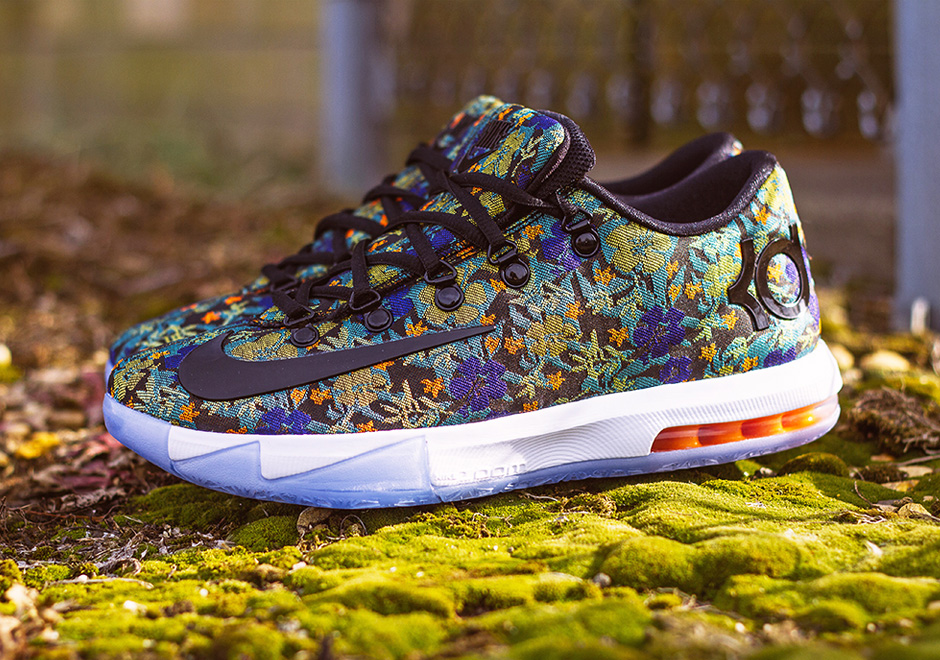 An elaborate textile fabric with ample greenery mixed with small, blossomed flowers to bring this bold EXT release to life, proving that the floral vibe was a strong one with the KD 6 silhouette. 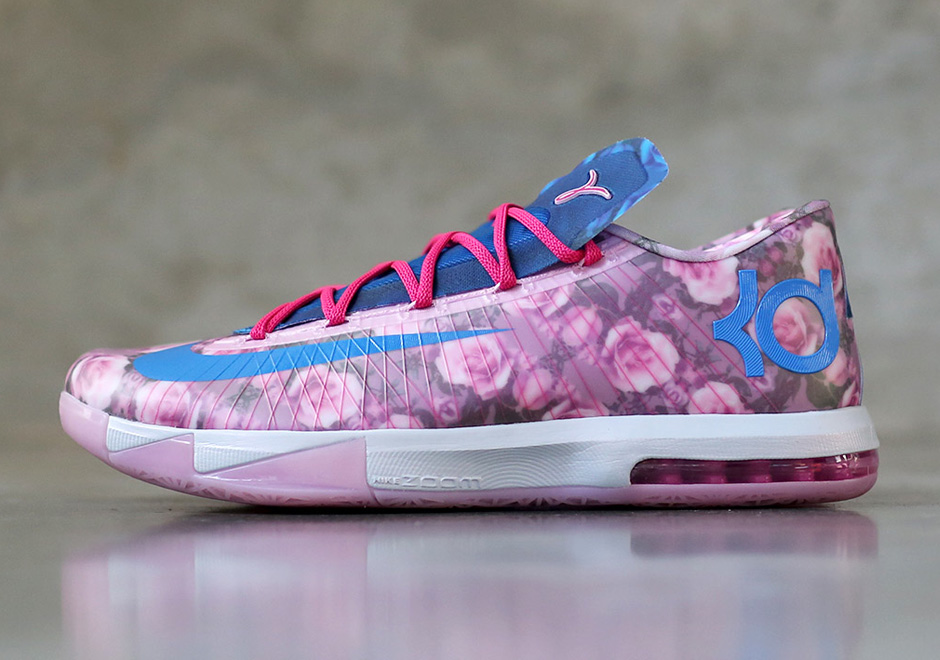 As an ongoing honorary gesture to Durant’s late Aunt Pearl, Nike Basketball presented the KD 6 in a lush pink floral print that covered the entire upper and lining. 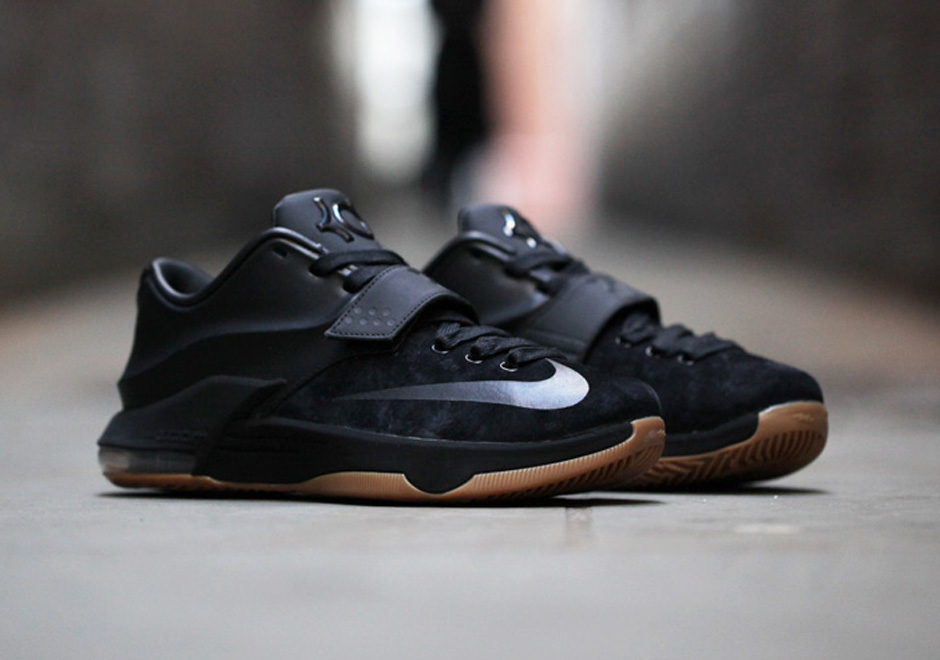 The KD 7 introduced a luxurious EXT offering with this simplistic approach to the silhouette, opting for rich suedes, crisp leathers, and gum soles to give this performance shoe the genuine Sportswear extension. 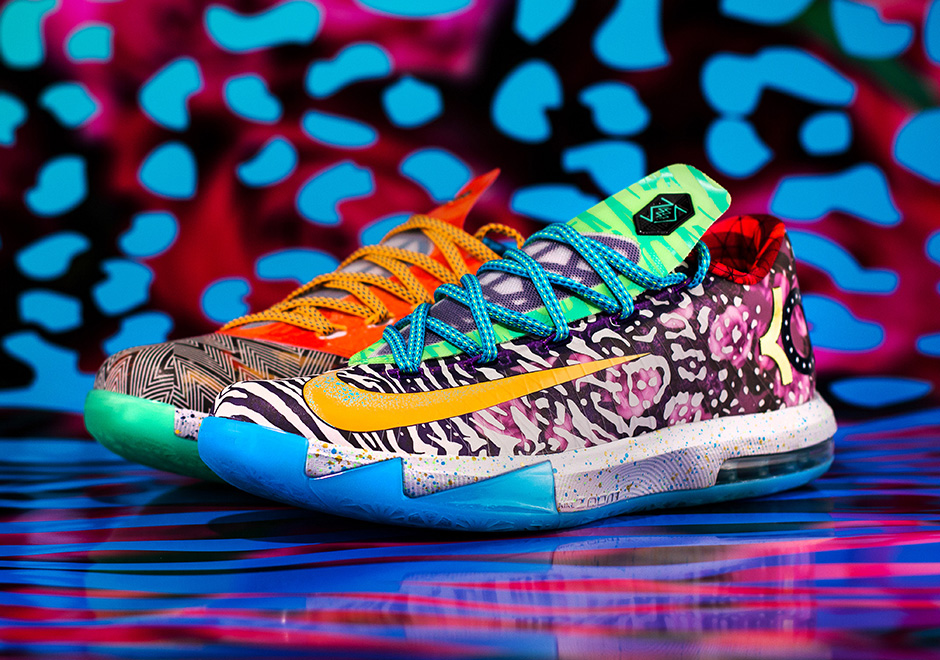 The popular mash-up of releases known as the “What The” concept returned in full force with the KD 6, as 35 different details came together to form what we deem the best Nike KD release of 2014. Unlike previous What The releases that required more than the usual amount of effort to pick up a pair, Nike produced enough pairs to get these into the hands of a wider spread of those who coveted them.