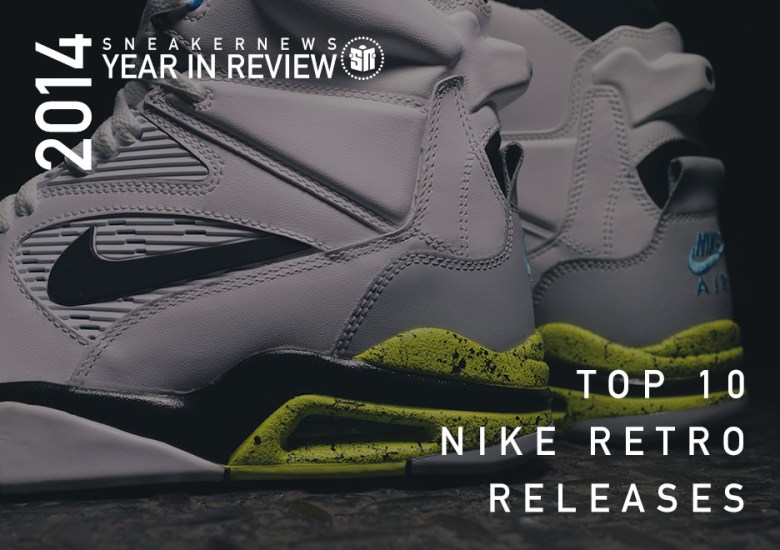 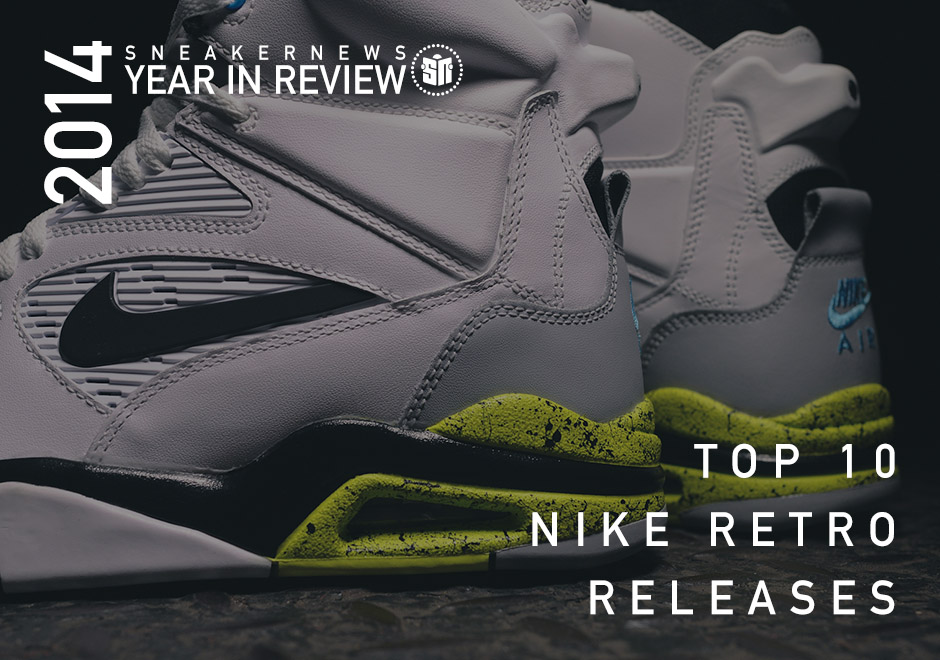 It can be argued that Nike’s prosperity in the 21st Century still has a lot to do with the popularity of its Retro models. That said, Nike Retro’s importance to the sneaker culture and the brand’s continuing success is unquestionable, and these ten selections of archival products encompass the major bring-backs and sleeper hits put forth by the Swoosh in 2014. Check out our Top 10 Nike Retro Releases for a quick rundown of the year’s best, and stay tuned for more from the Sneaker News 2014 Year in Review. 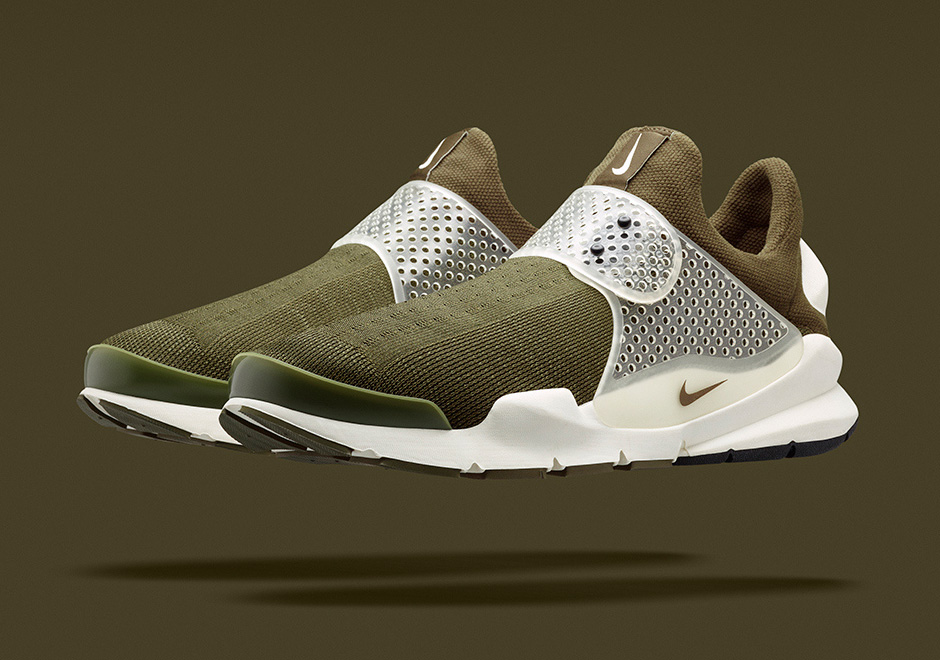 This lone Sock Dart arrival in “Dark Loden” by fragment design was a major attraction and has us yearning for more in 2015. And luckily for us, more are certainly on the way. 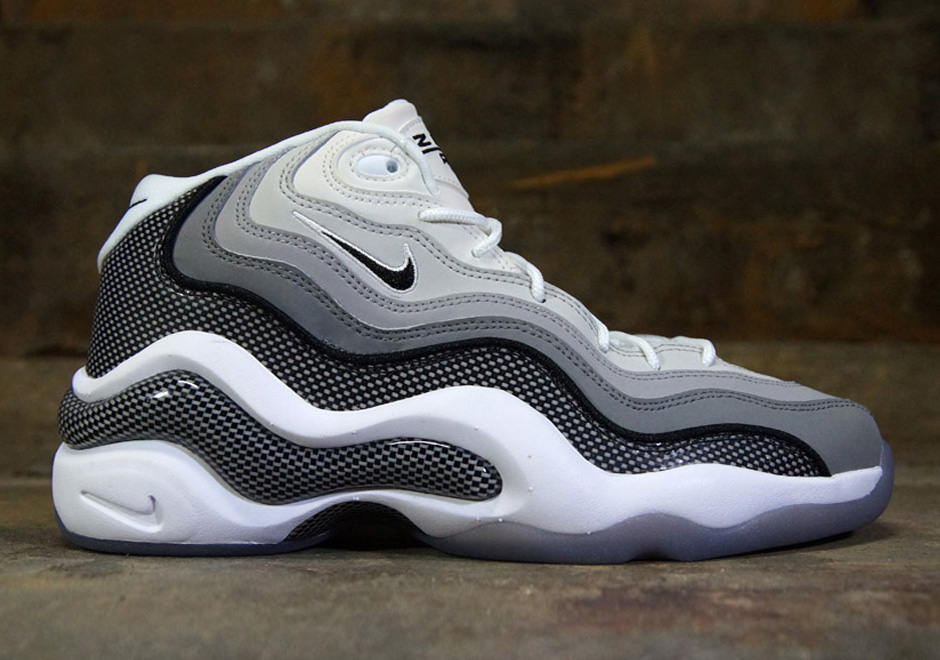 Nike brought back this ’96 basketball classic in some new and revamped colorways, but it was the controversial “Iverson/Kobe” joints that helped give the model some added buzz. 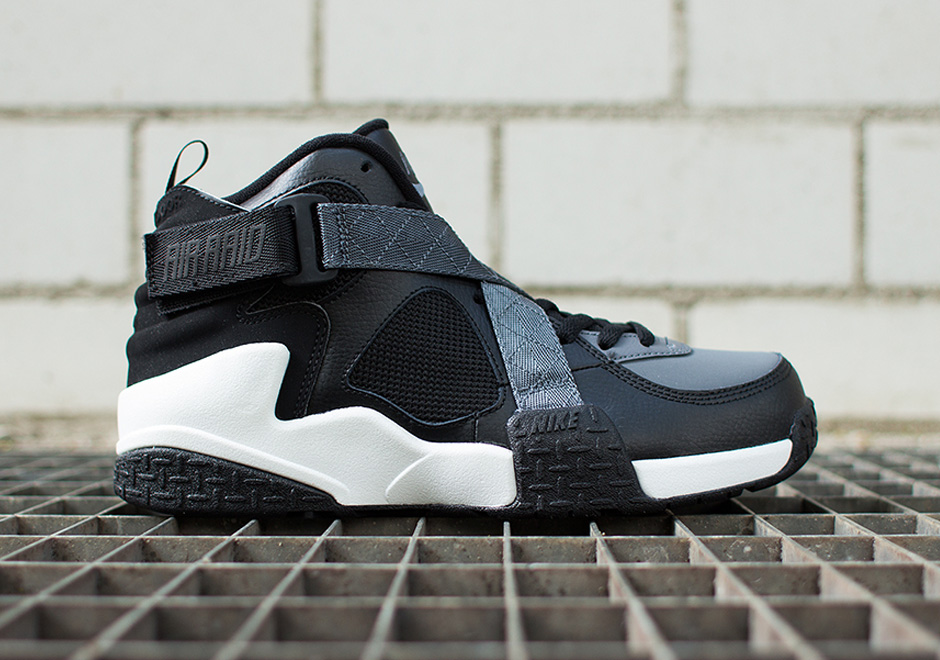 Considered to be a Nike Basketball classic and the face of its early-90s streetball initiative, the Air Raid made a recognizable comeback this year and served as a Nike Retro ambassador for the summer’s World Basketball Festival. 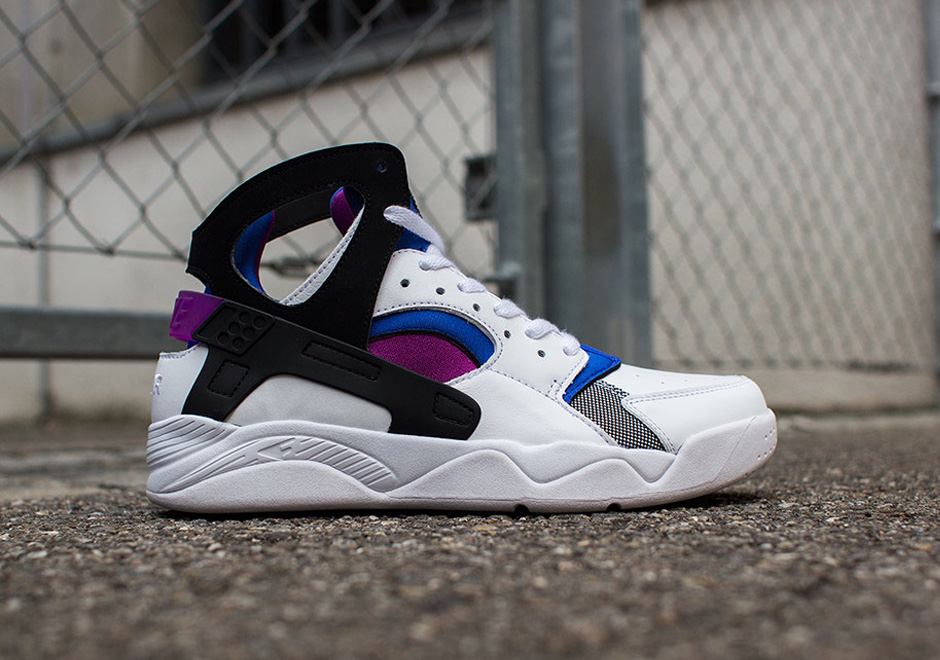 Three years after the release of a “Free” soled version, the shoe made infamous by the Fab Five finally made a return in its original form. 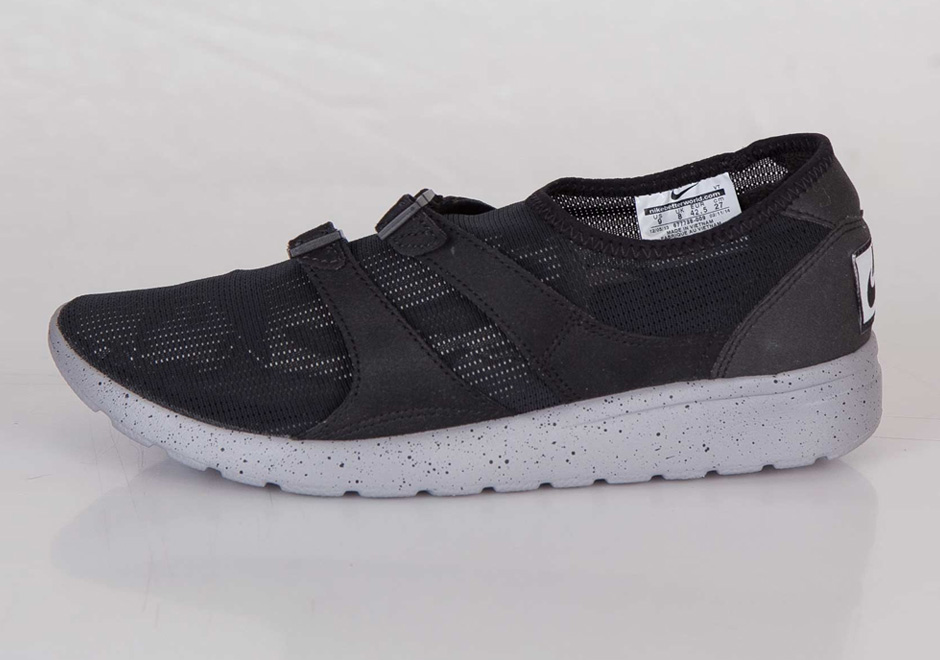 As part of the Genealogy Pack, Nike gave us the Sock Racer in a stoic black grey colorway. This goes to show that the whole sock-like appeal of the Roshe had its roots years ago. 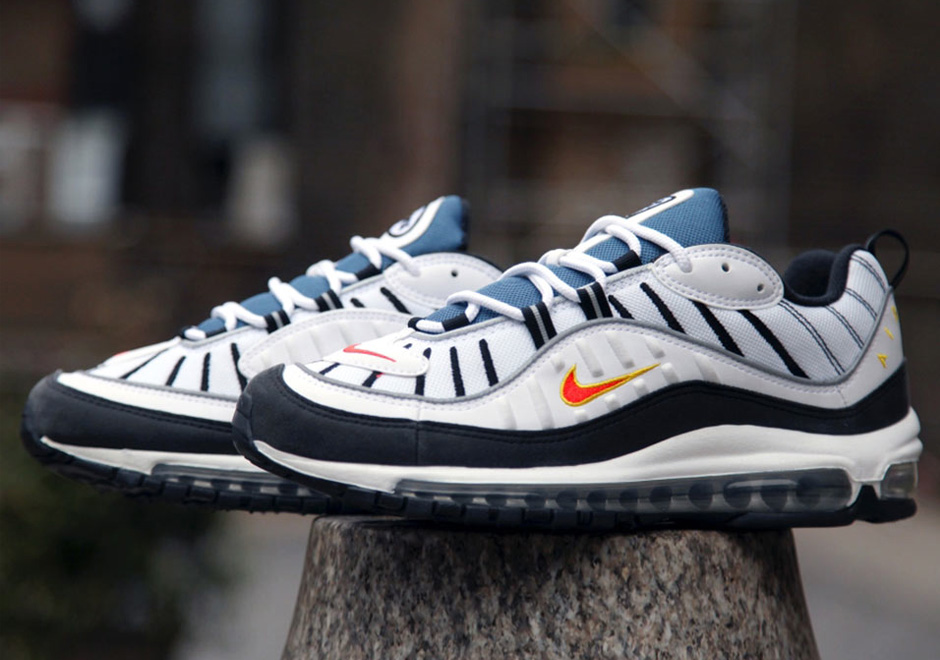 While most of the sneakers on this selection of 10 were welcomed with a special return party, the Air Max 98 quietly re-appeared on shelves in both OG and new colorways. 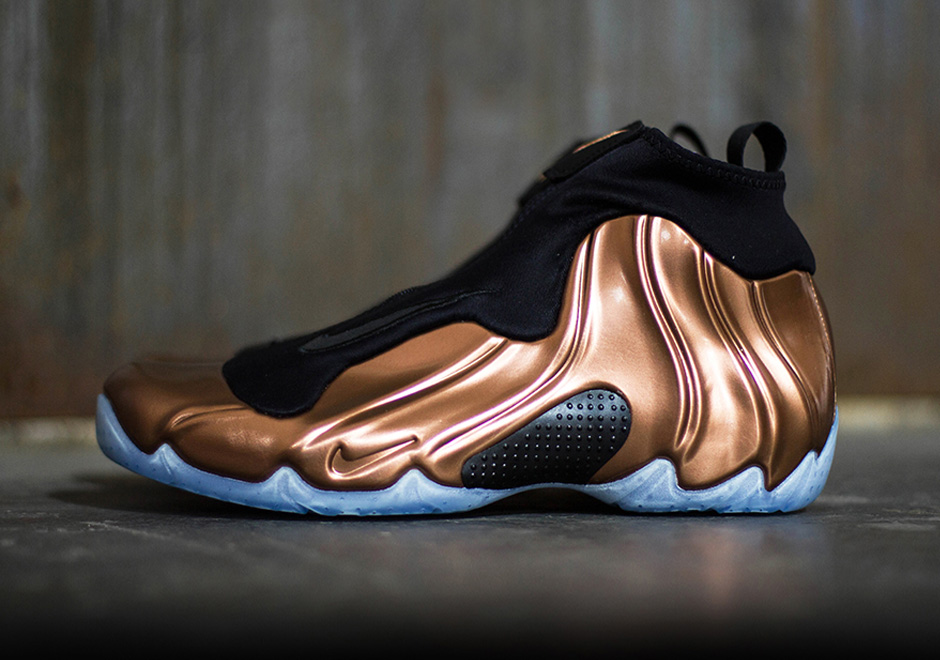 The Air Flightposite returned in 2014 in two of the most limited issues ever – the “Carbon Fiber” and “Knicks” PE, not to mention the crowd-pleasing “Copper” edition. 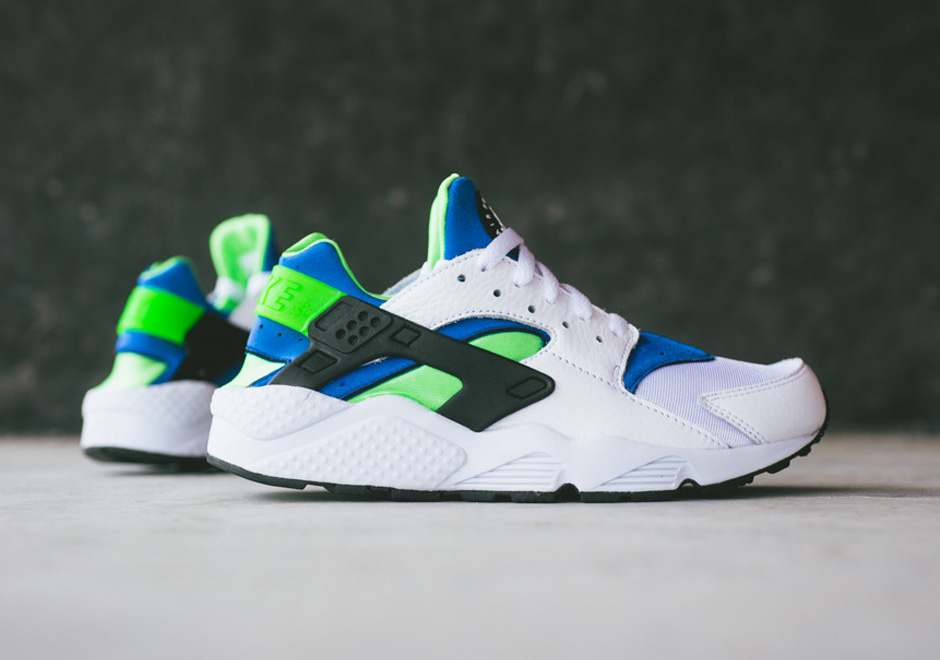 Nobody could have guessed that the Air Huarache would be the global phenomenon it has been in 2014. This silhouette already had its cult followings in Europe and the U.S., but this past year saw all different colorways of the Huarache become must-haves for sneakerheads everywhere. 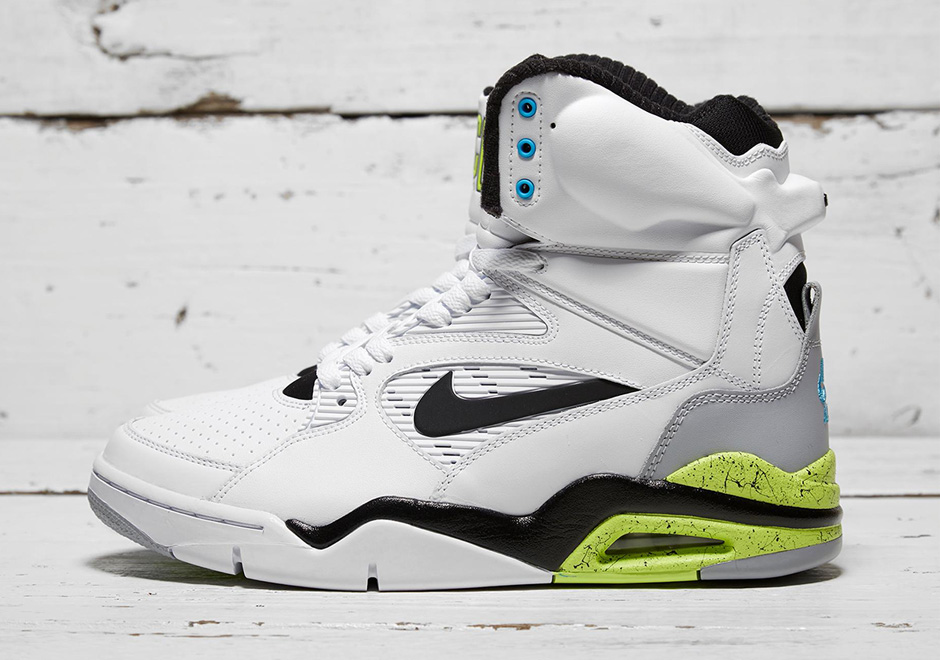 The Air Command Force, rich with pop-culture tie-ins, finally made a retro return in the iconic “Billy Hoyle” colorway this year. Nike stayed true to the original form, bringing back the fully functional pump system in the ankle. 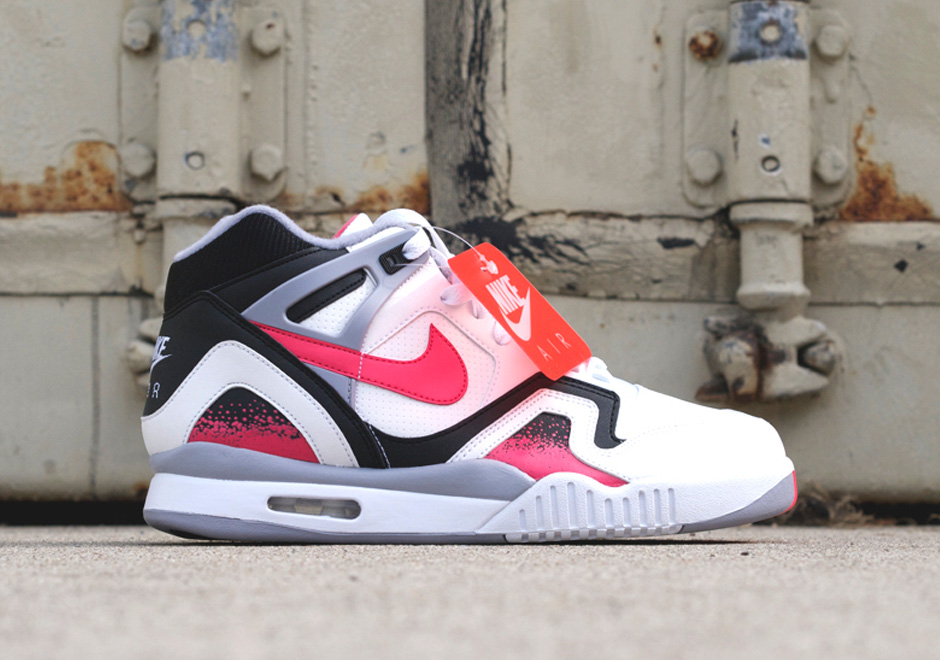 While some seeds for an Air Tech Challenge II takeover were planted in 2013, this popular Agassi silhouette became a major focal point for Nike Sportswear this year. It served as the anchor to the fresh NikeCourt category and made tennis shoes “cool” again thanks to the ongoing Grand Slam series and the return of some killer original colorways.