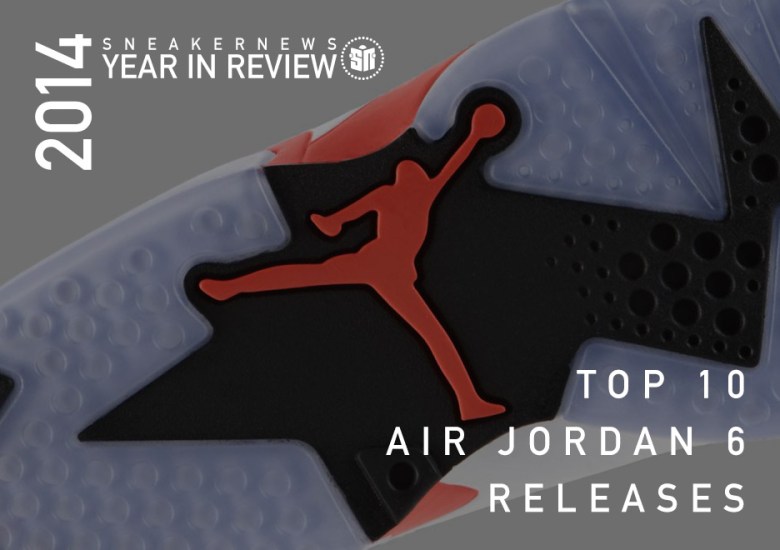 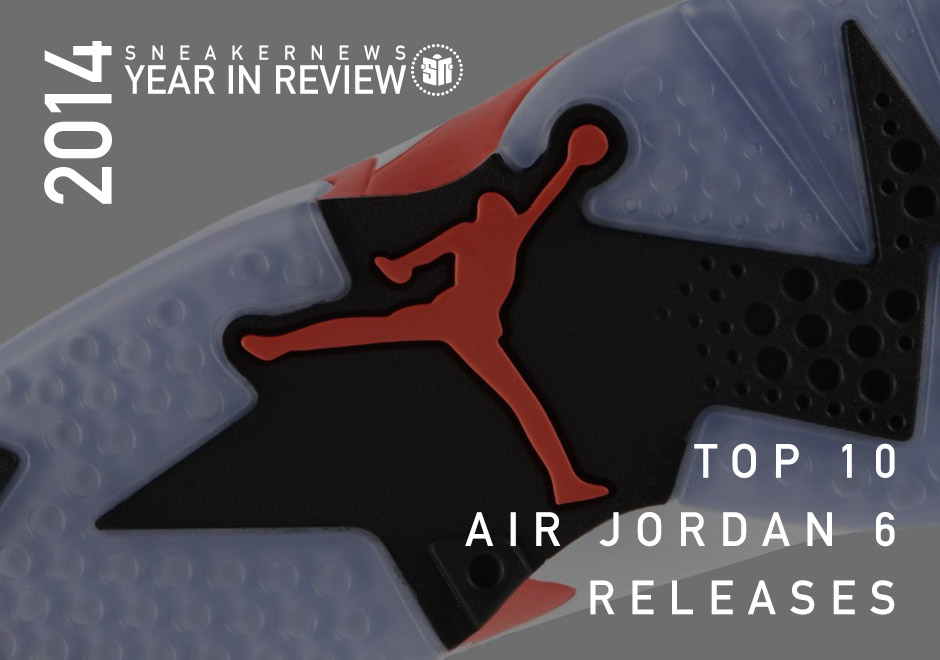 Jordan Brand has made a tradition of celebrating the 23rd anniversary of its flagship models with a year full of new and old colorways to honor their legacy. In 2014, it was the Air Jordan 6‘s turn in the birthday seat and JB didn’t disappoint as we received a total of ten different versions of the iconic model at retail. We’ve ranked the fruits of the “Year of the VI” from top to bottom, so continue on to see which shoe came out on top and keep an eye out for more from the Sneaker News 2014 Year in Review. 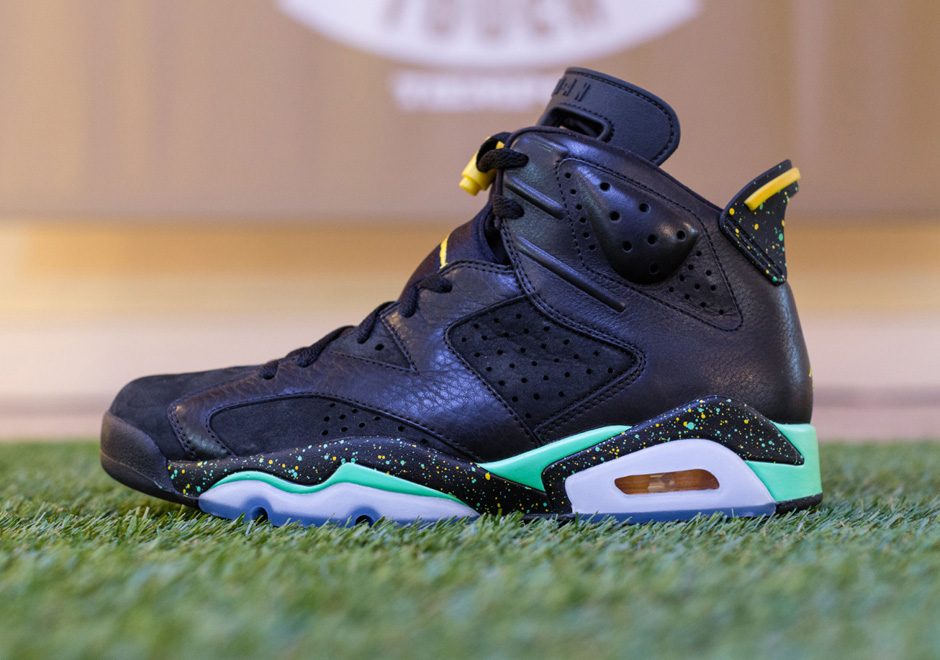 In correlation with the 2014 World Cup, Jordan Brand jumped sports over to “The World’s Game” for a “Brazil” colorway of the Air Jordan 6, which came packaged along with a similarly colored up CP3.VII AE. 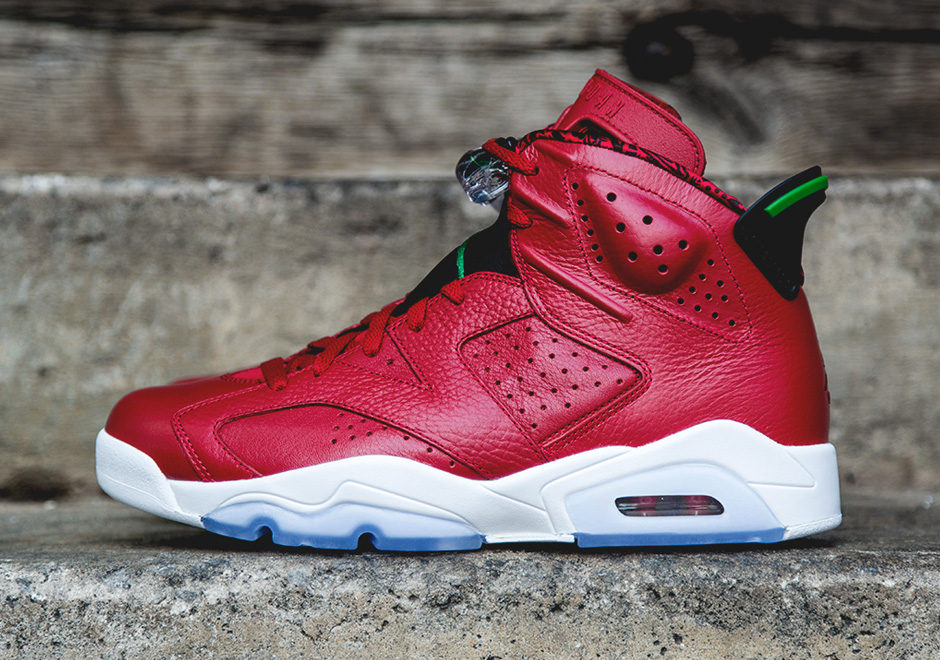 Jordan gave a nod to the brand’s longstanding relationship with filmmaker, Spike Lee, by releasing this version of the AJ6 inspired by the colors and details of the original Spiz’ike release. 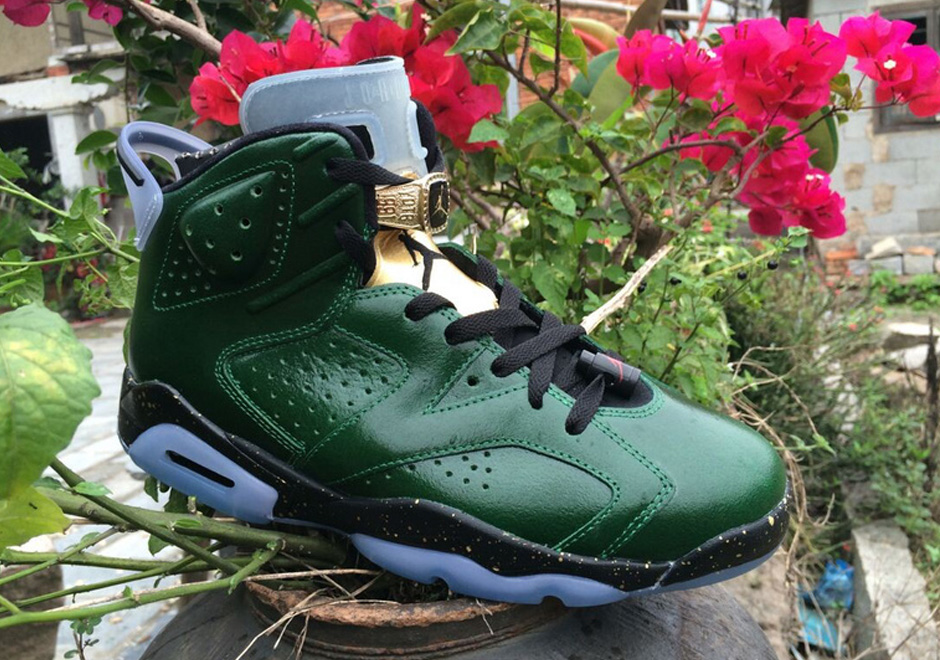 MJ was wearing the Air Jordan VI when he won his first NBA championship, so to commemorate the milestone, we received two locker room celebration-themed colorways. The “Champagne” edition featured a shiny green patent upper to mimic the glass bottle feel. 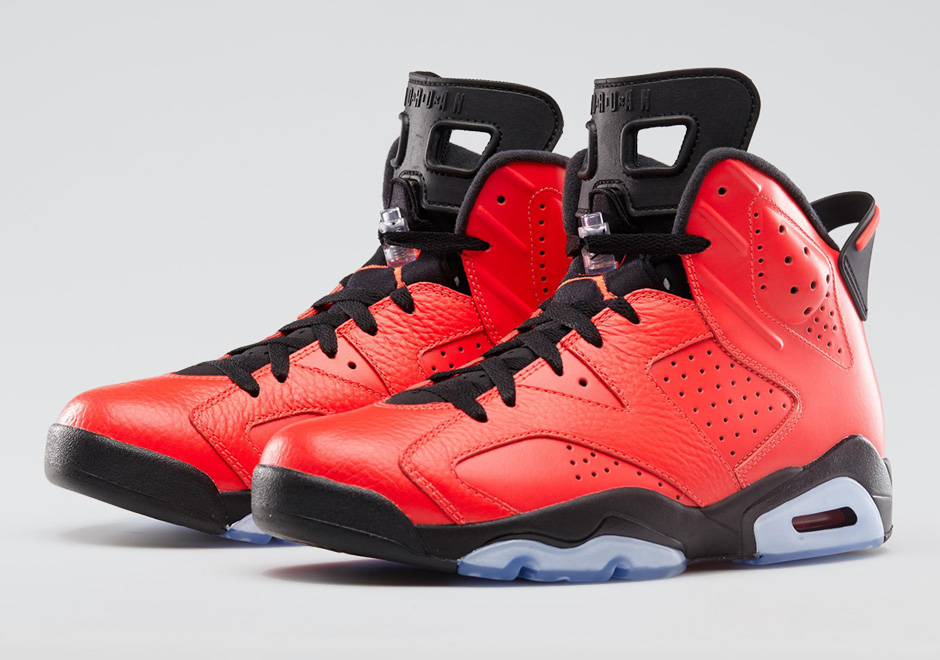 There was plenty of excitement over the return of both original “Infrared 6” colorways with a color shade truer to the originals. In the process, Jordan Brand introduced the new “Infrared 23” color designation and took things a step further by applying it to the entire upper of the AJ6 for one of the model’s boldest looks ever. 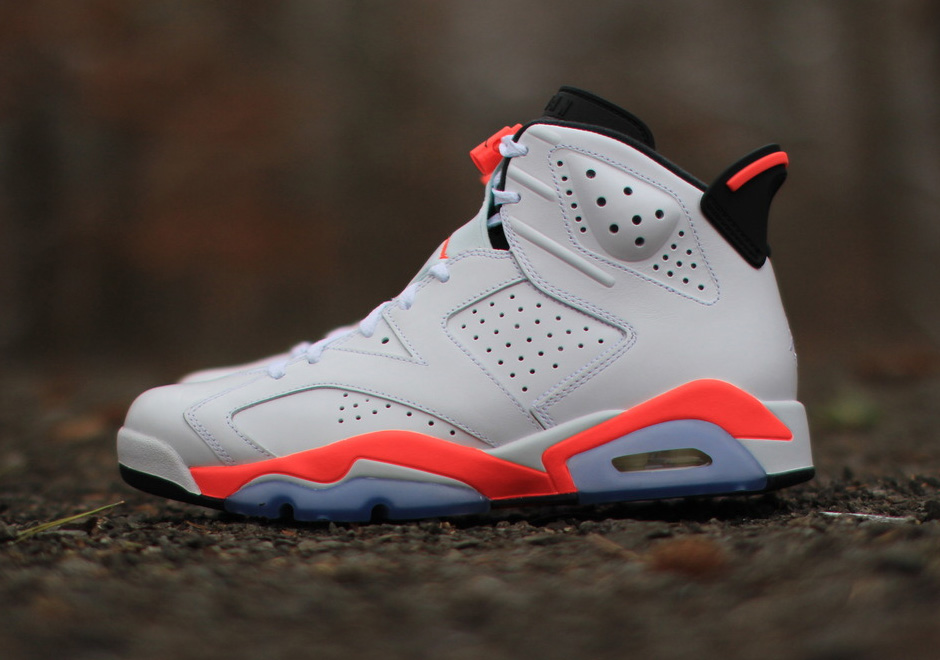 The White/Infrared Air Jordan 6 returned as part of a two-pack in 2010, but came back on its own earlier this year, complete with a more vibrant shade of the iconic Infrared accents. 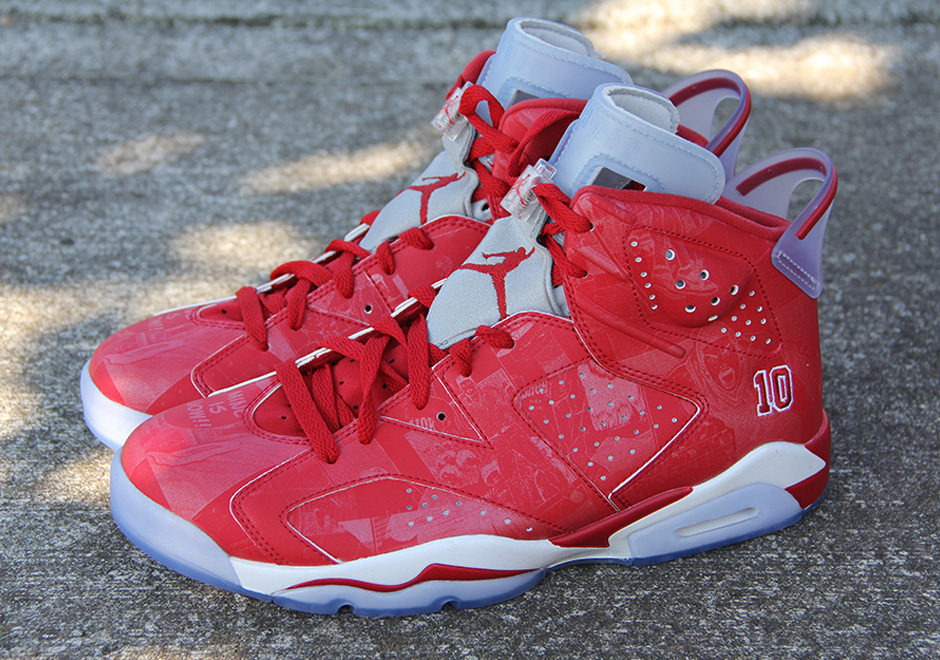 Jordan Brand paid tribute to the Jordan-centric manga series, Slam Dunk, with a special edition of the shoe featuring a red tonal upper with reflective graphics displaying images from the pages of the comic. 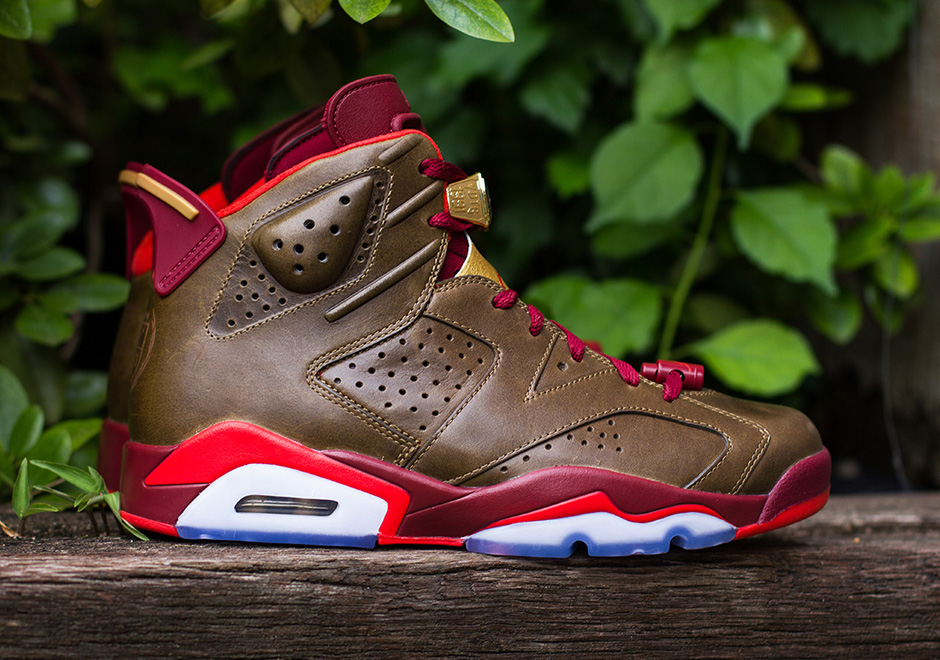 Along with the “Champagne” edition, Jordan Brand also created a “Cigar” version of the AJ6 using premium brown leather with red and gold accents and replica championship ring lacelocks. 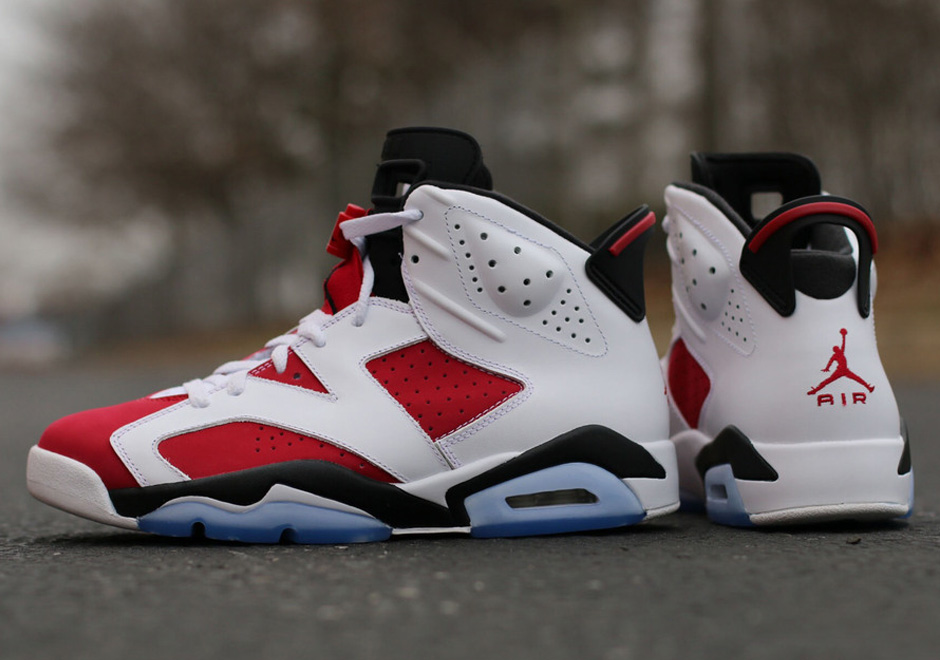 Last seen packaged with the Air Jordan 17 as part of the 2008 Collezione Pack releases, the beloved “Carmine” colorway made a triumphant solo return during the first half of the “Year of the VI”. 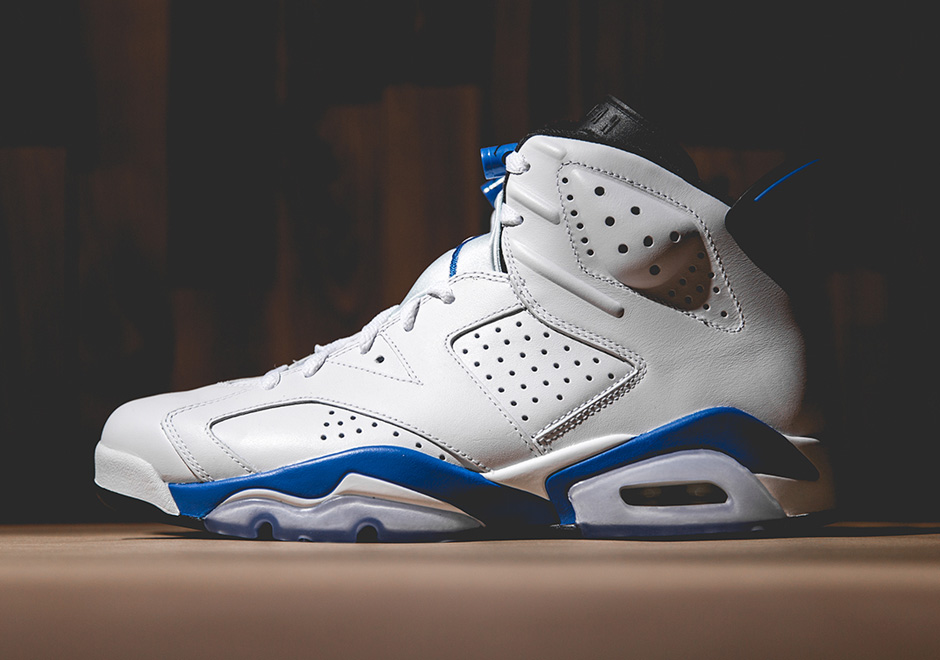 One of the longest out-of-circulation colorways from the original Air Jordan archives finally got a long-awaited retro re-issue as the elusive “Sport Blue” AJ6 made its way back to retailers and was met with open arms by the legions of Jordan collectors who’d been patiently anticipating its return. 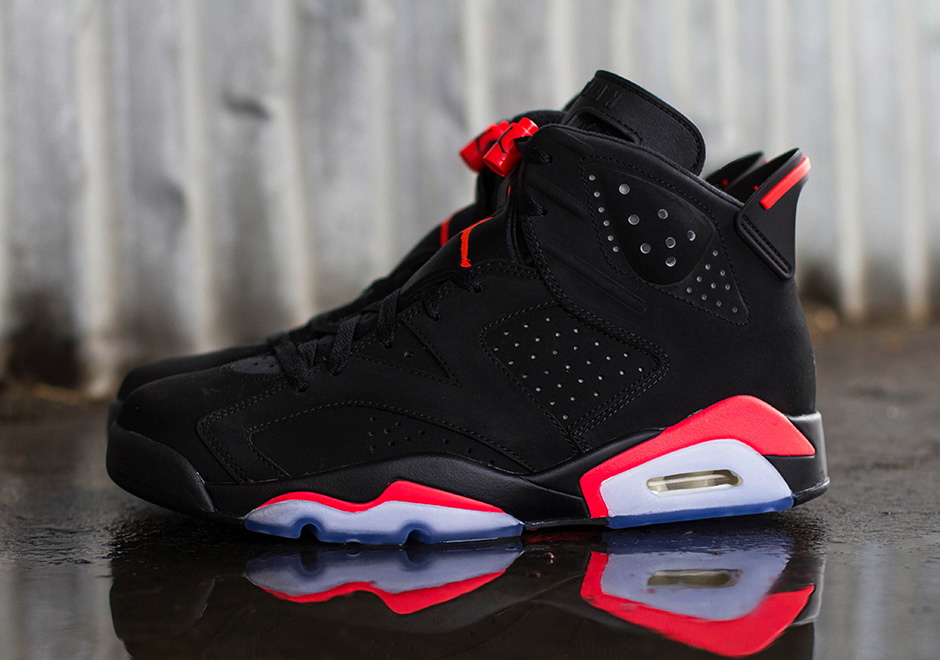 Jordan Brand has made a tradition of releasing popular black-based OG colorways on Black Friday in recent years and 2014 was no different. The Black/Infrared edition of the Air Jordan 6 came back looking as beautiful as ever thanks to the punched up Infrared 23 accent hits and the return of the 3M underlay poking through the perf holes of the jet black upper.