The widespread media coverage continues leading up to the Seahawks and Patriots meeting up in Super Bowl XLIX. Richard Sherman and the Legion of Boom also known as Seattle’s defensive core graced the cover of Sports Illustrated this week, but for whatever reason, the folks over in SI‘s photo department decided to photoshop the soles of each player’s sneakers. Most notably, you’ll notice Richard Sherman’s Red October Yeezy pair front and center featuring a double-decker Air Max unit. And no, the ‘Hawks sneaker connect isn’t suspect because we have the unedited version for you to compare after the jump featuring untouched edits of each sneaker.

Update: Sports Illustrated states that the released photo of the photoshopped shoes was an early edit. The final versoin of the cover (without Photoshops) is below. 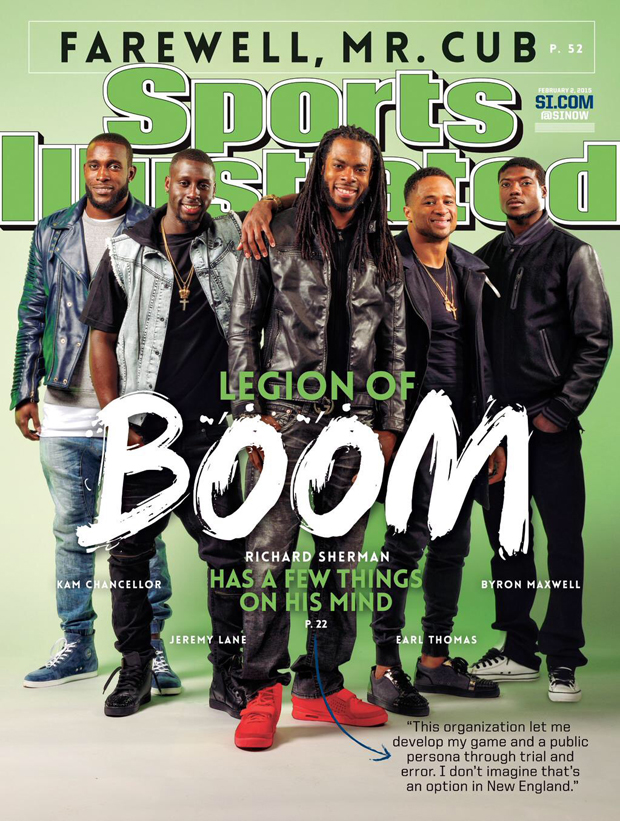