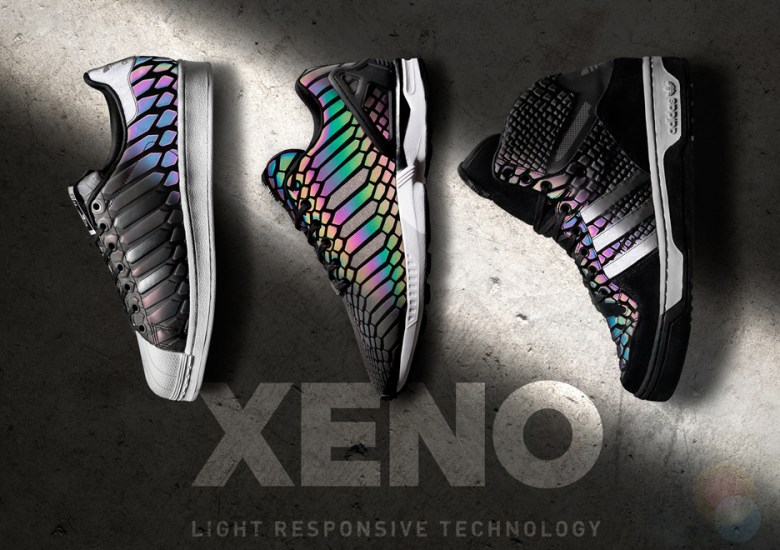 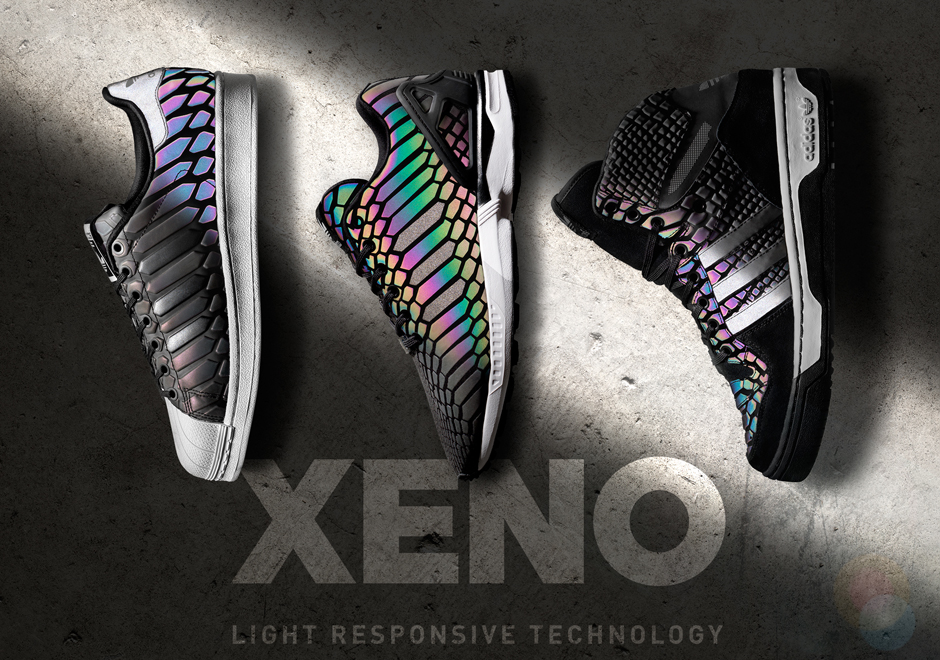 All-Star Weekend in New York City – there couldn’t be a more opportune platform for a brand to catapult itself into the limelight. With the city being the exemplar of the cross between sport and style, adidas Originals has been making all the right moves to position itself at the forefront of All-Star Weekend’s best offerings. Among the crop of key launches is the XENO “Black Pack” collection, which we gave you an exclusive first look at last October; today we unveil the adidas Originals XENO in its entirety, which features the ZX Flux, Superstar, and Attitude Hi.

The XENO material prizes itself for its potent color-changing ability under direct light and is inspired by a snake species found in Southeast Asia. The heritage traces back to the Attitude silhouette, which was, in fact, one of the earliest sneakers in history to make use of a snake material on the upper (now a mainstay in lifestyle sneakers). Continue on for a detailed look at the entire collection as well as some words with adidas designer Josh Herr, and let us know if the adidas Originals XENO “Black Pack” is a must-have for All-Star Weekend. 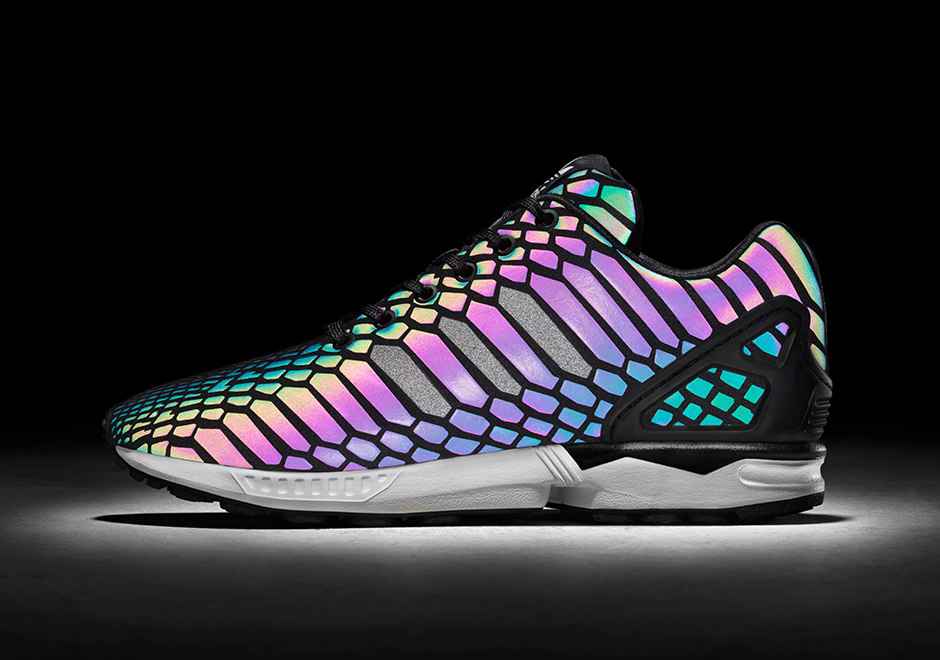 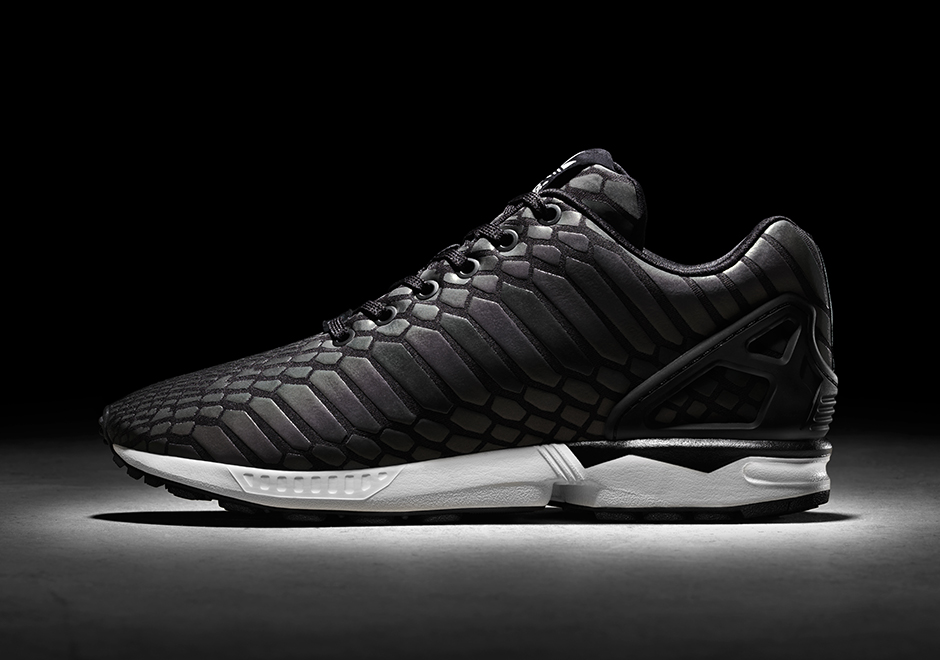 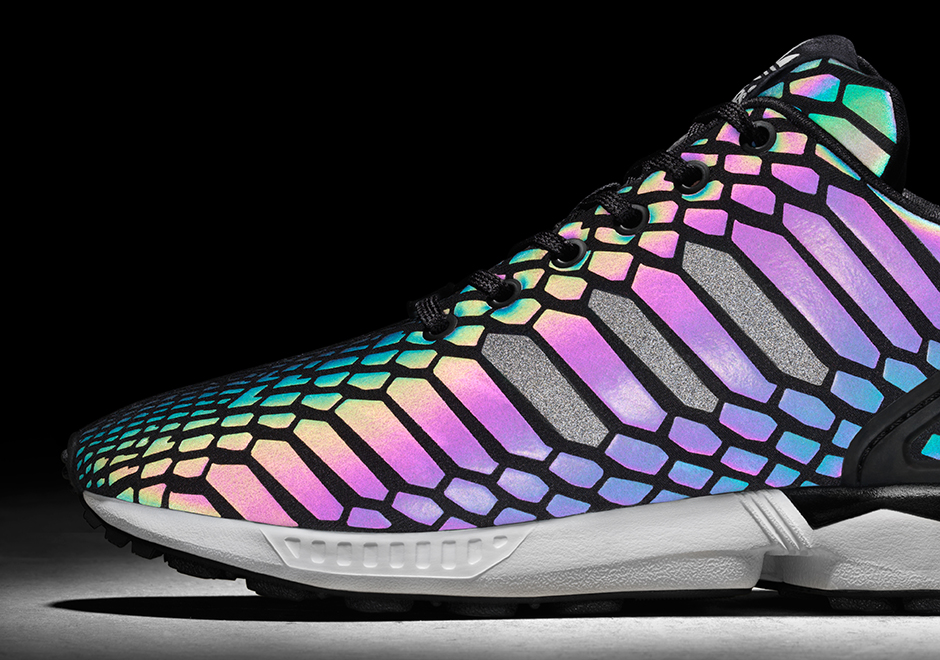 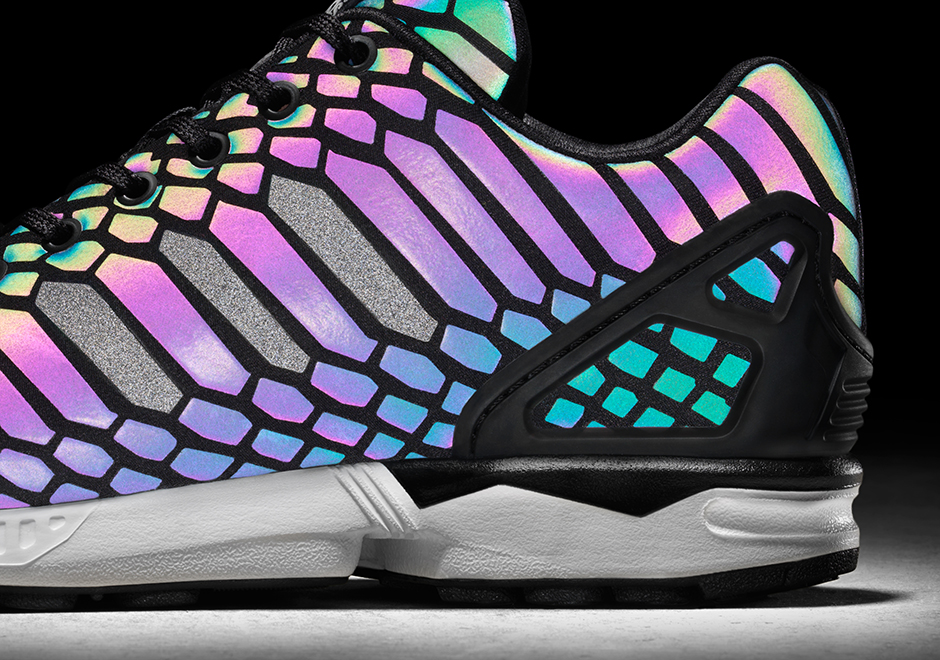 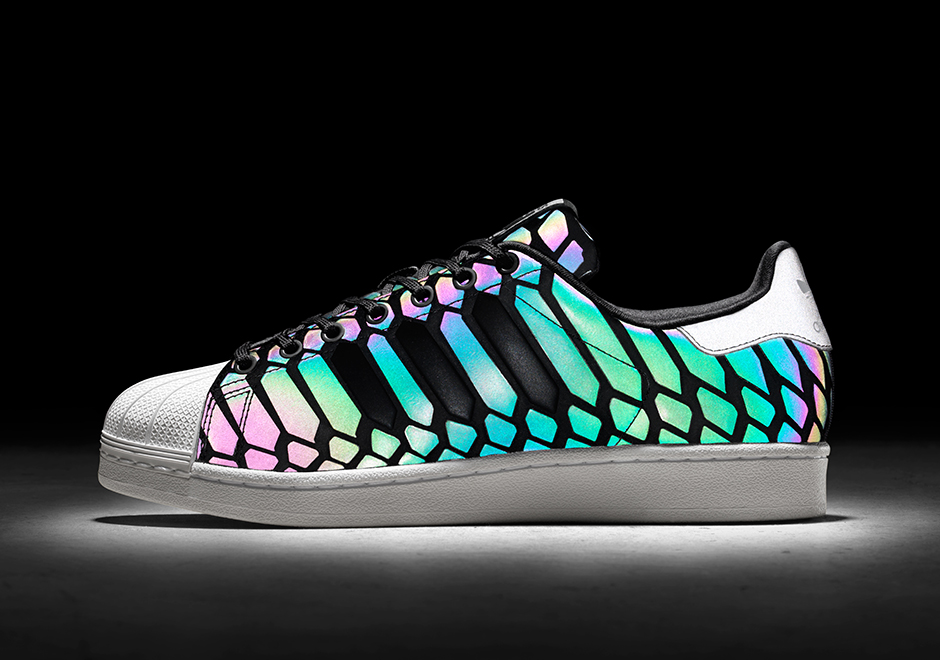 On how the XENO concept began: “We knew we wanted to do something for All-Star in NY, and we often look into our history and heritage. We looked at the Metro Attitude because it was truly the first special make-up that adi did as a brand for New York – we wanted to revisit that story because it’s so strong. The Attitude is one of the first sneakers with snake on it, so we wanted to take that history, twist it and tweak it, and push it forward. We were doing some research on snake and we came across this Southeast Asian species and we saw how it caught light and reacted to light, and we felt it represented the same way bright lights are a part of New York City. It’s multi-cultural, at night it comes alive, so soon as we saw that we knew that was direction we had to go.”

Manipulating the color effect on XENO: “For this release, we definitely focused on the matte effect with the rainbow effect light-responsive technology. But looking forward, we’re looking for new ways to take advantage of that, and the Black Pack is just the beginning.”

On XENO crossing over to other categories: “We all share each other’s knowledge so when someone is doing something, we’re all on board and supportive about it. Currently XENO is living on its own, but naturally when someone is excited about something, that’ll spread and go wide and you might see that overlap into different categories like Basketball.” 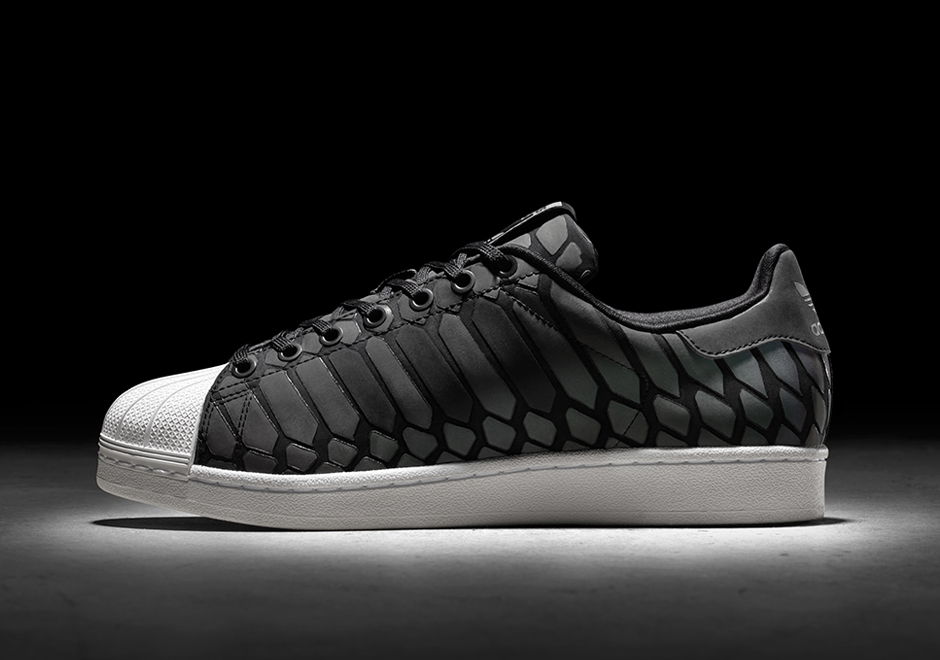 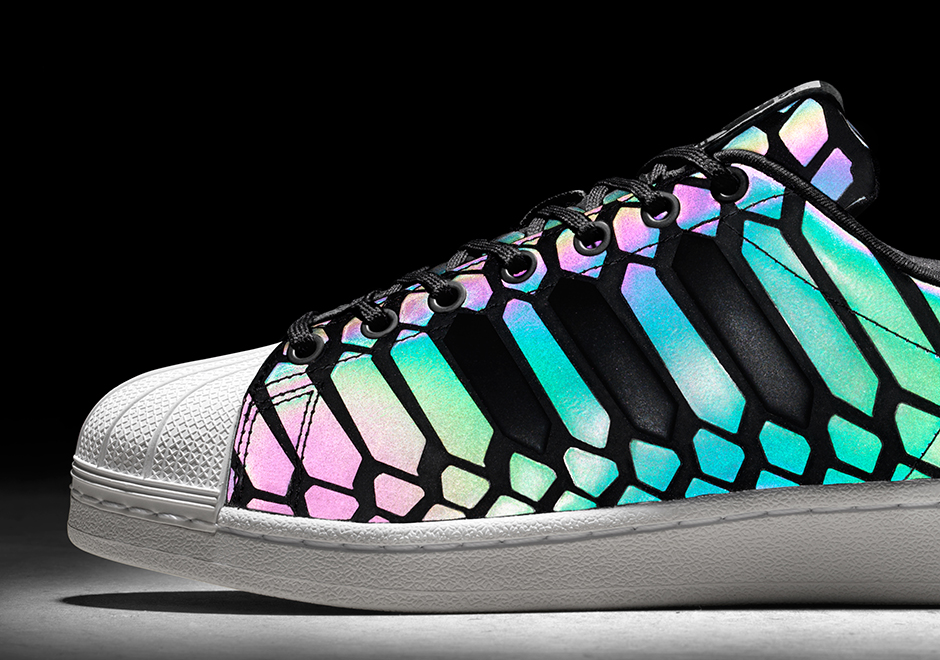 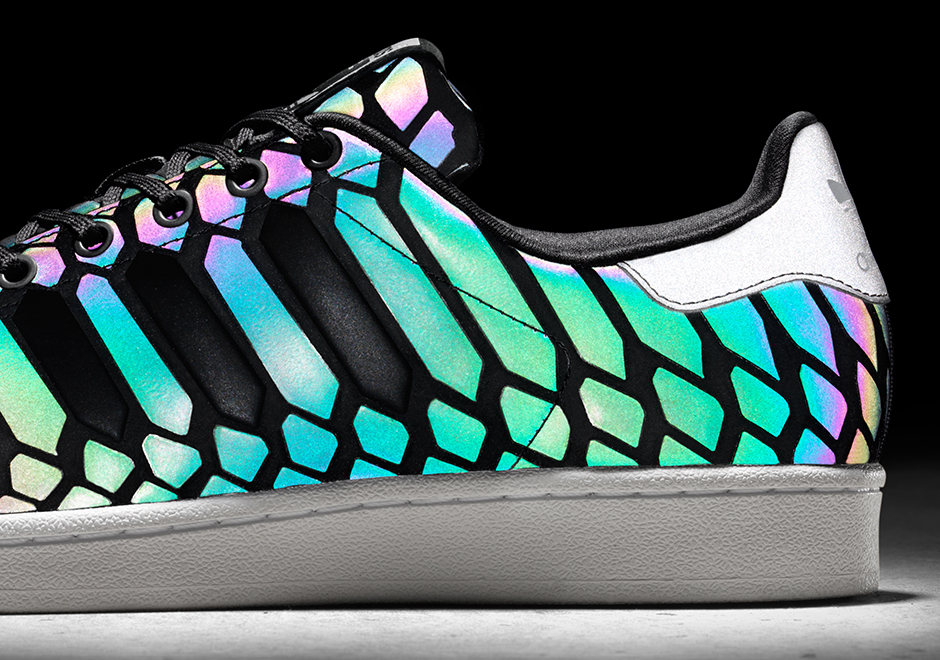 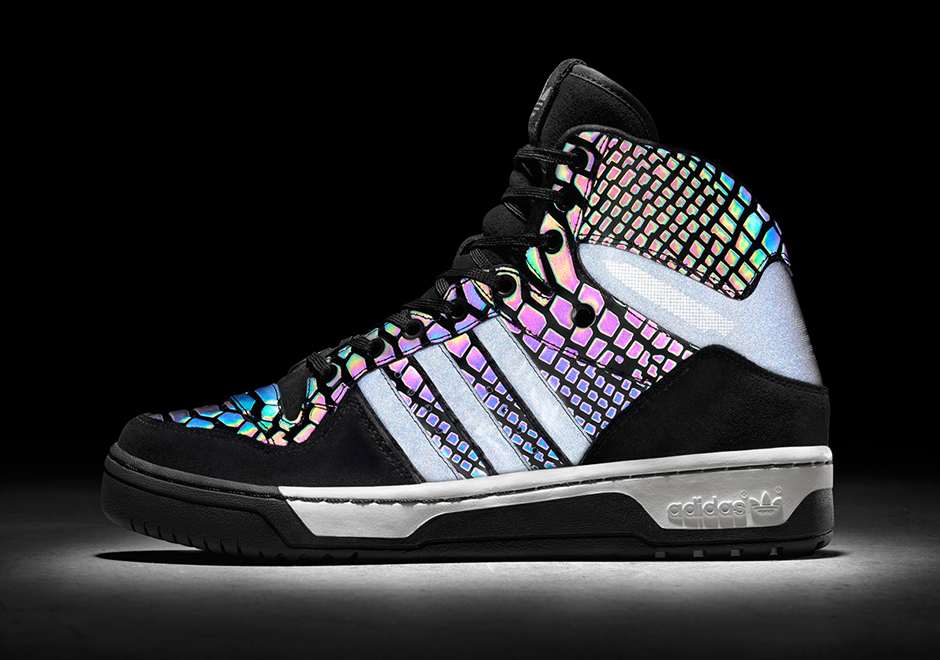 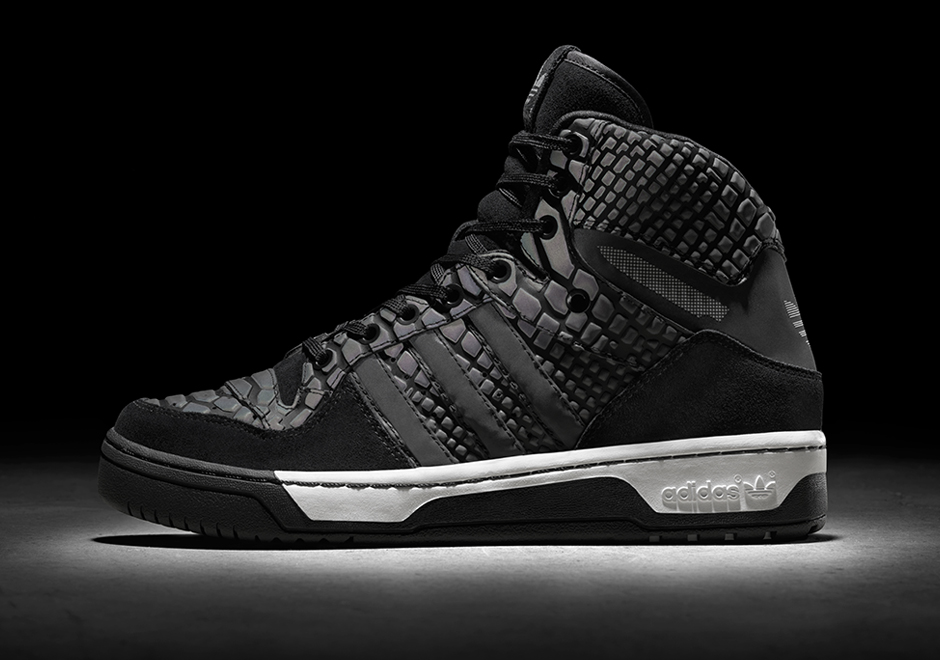 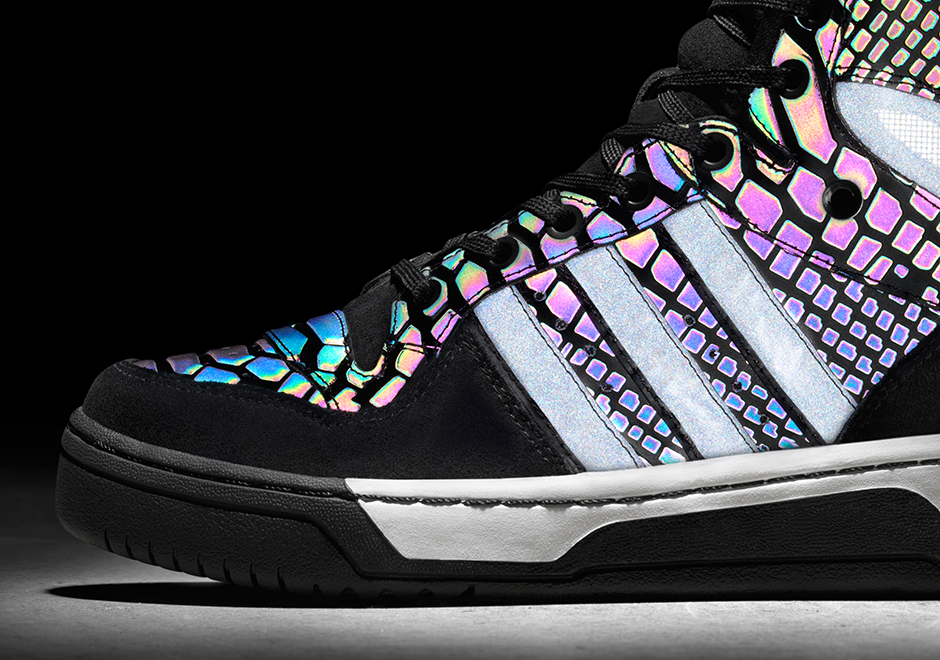 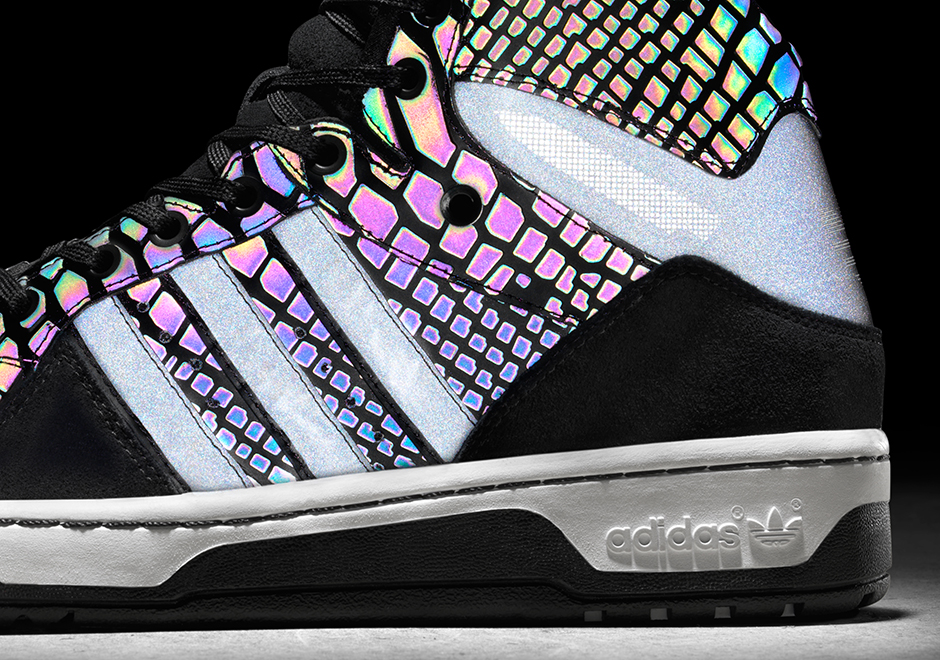