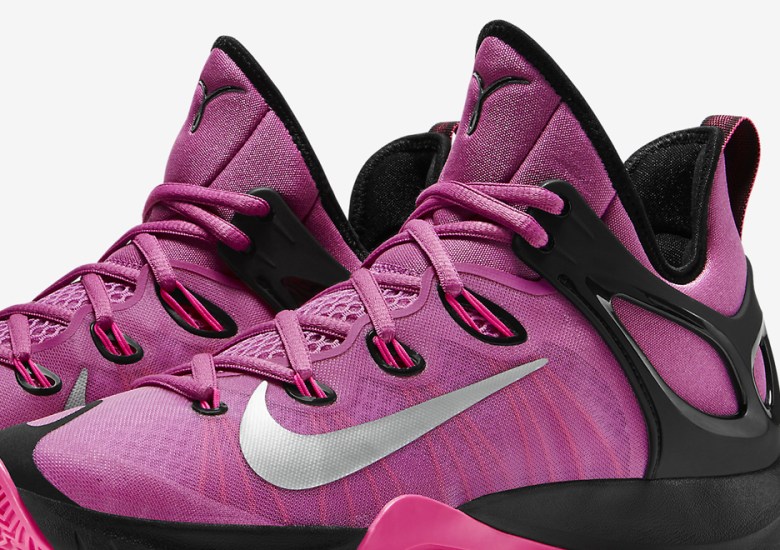 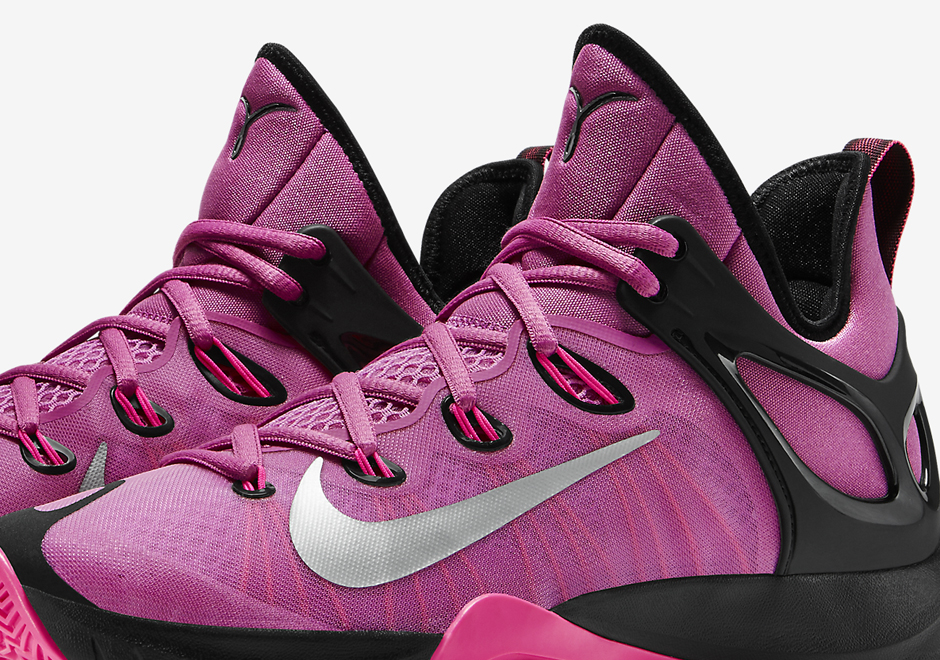 The Nike Hyperrev 2015 has been bolstered by a number of special edition colorways that it didn’t have the blessing of last year when it was delegated to being just a team shoe after its introduction by Kyrie Irving. Paul George’s PE released at retailers, the Hyperrev was a part of the All-Star festivities, and now it’s available in a Kay Yow ‘Think Pink’ colorway. Featuring the official Pinkfire hue to nod at Breast Cancer Awareness, the Hyperrev seamlessly adopts the shade while also getting the official ribbon logo on the neoprene mesh tongue. Black accents hold down the supportive synthetic overlays on the heel and midsole, as Metallic Silver hits the branding. Available today straight from Nikestore, the latest Kay Yow ‘Think Pink’ silhouette will run you $130. 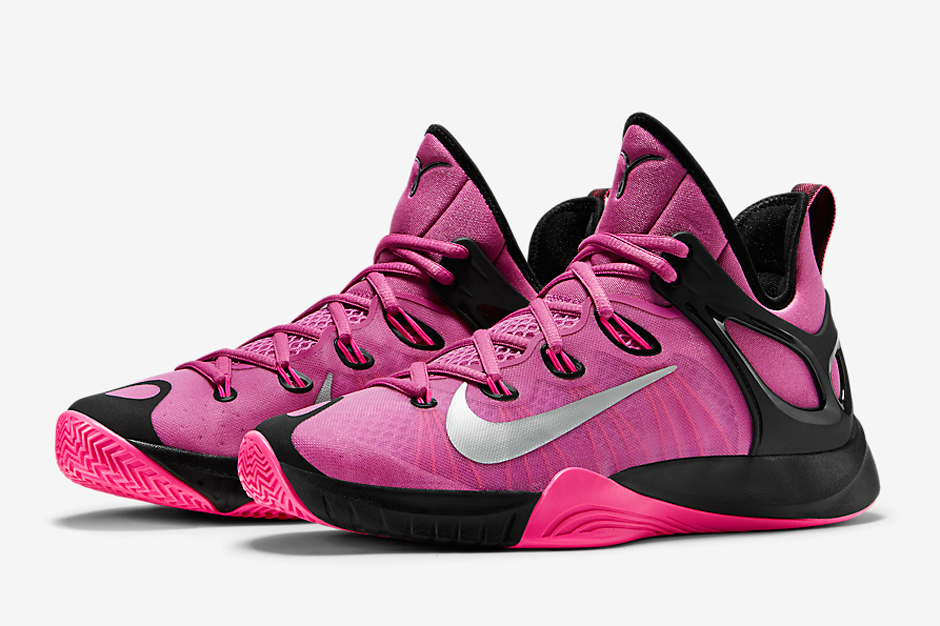 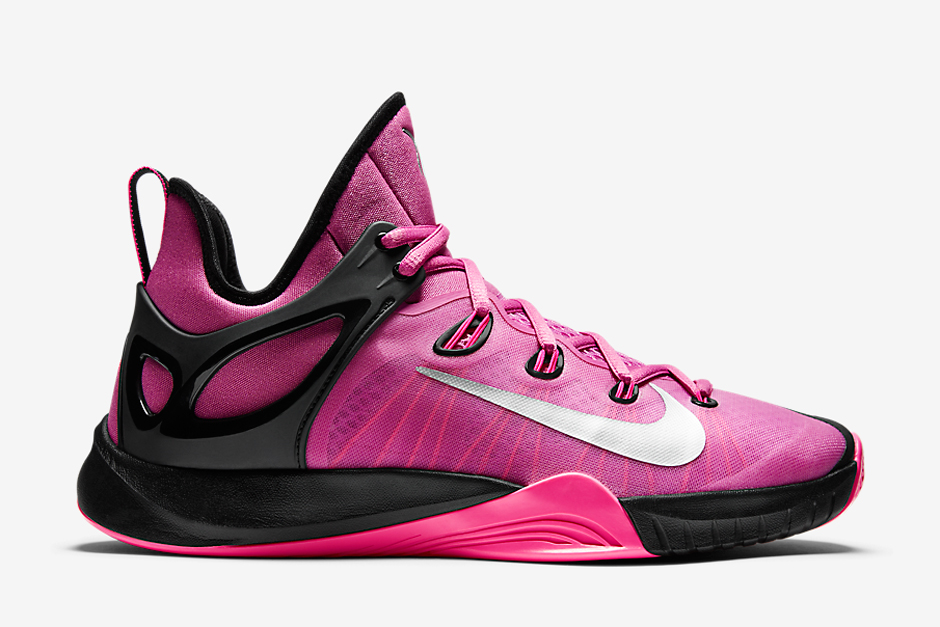 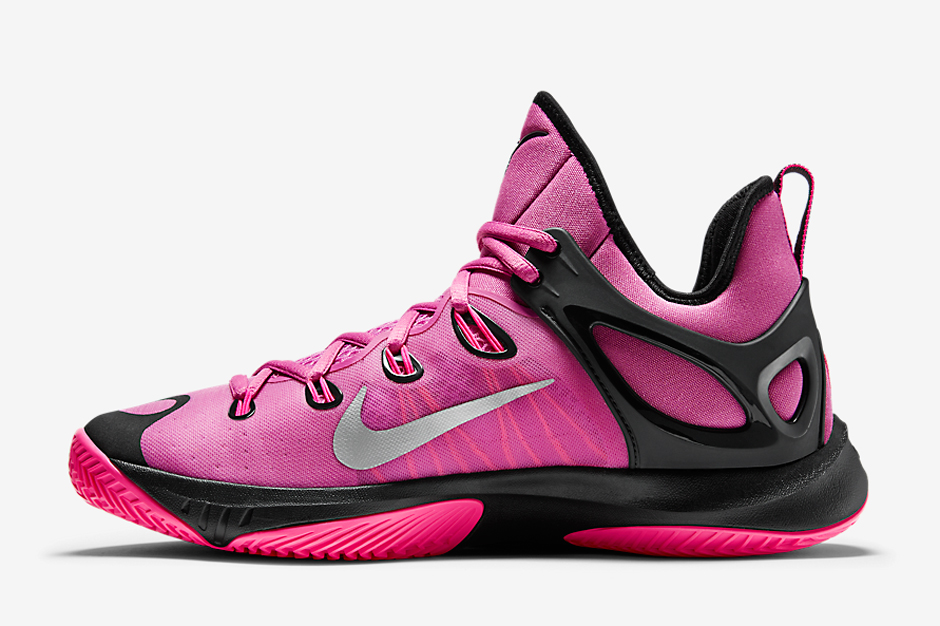 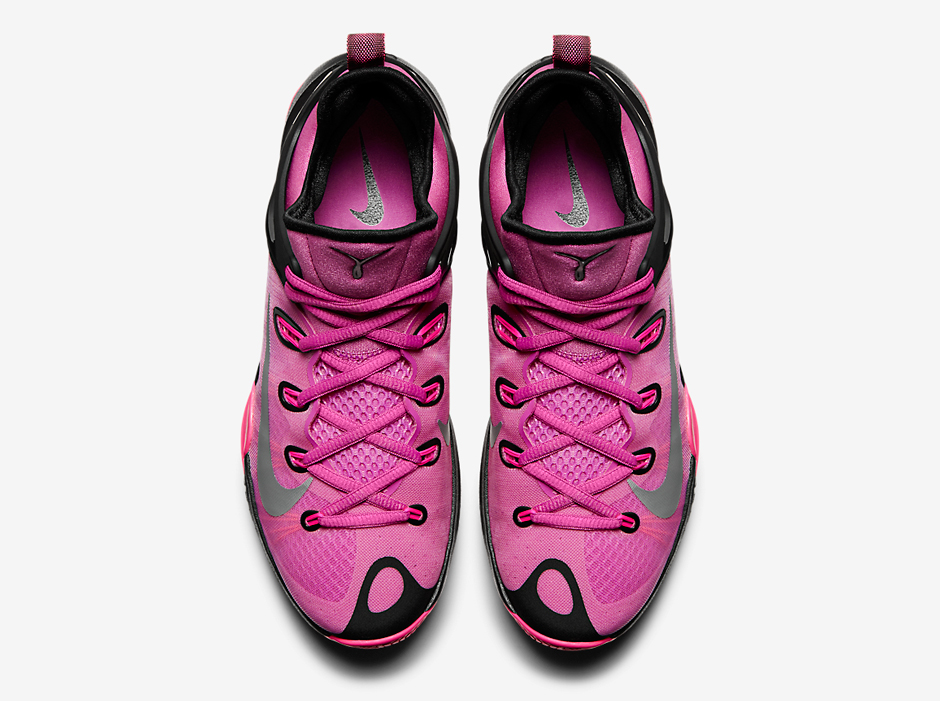 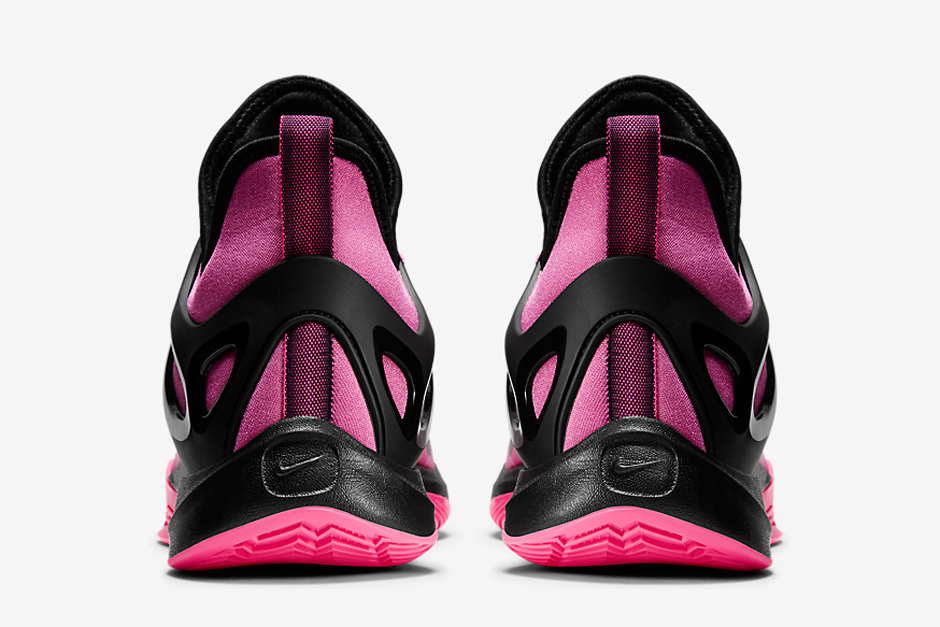 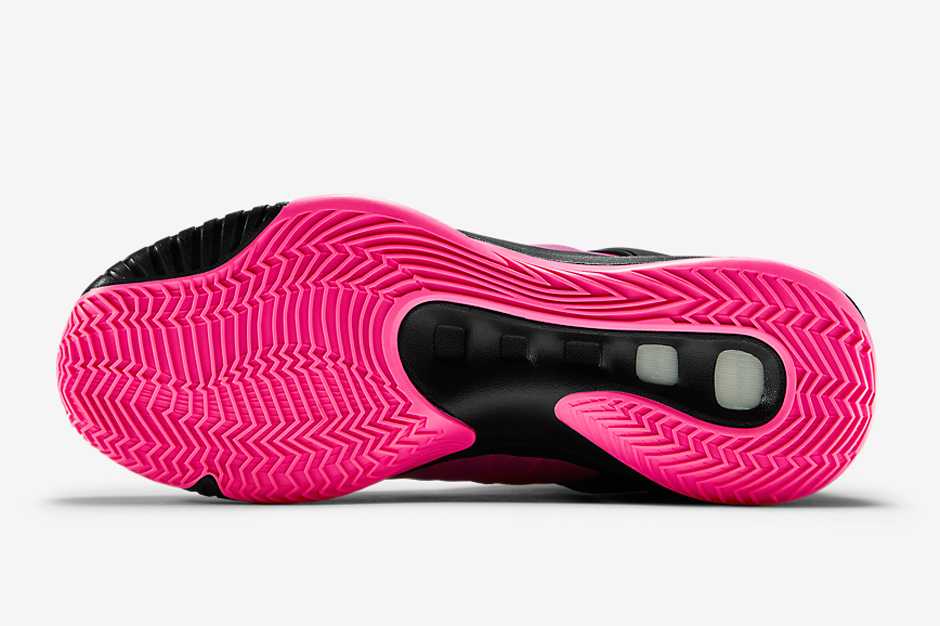