The Double Helix LeBron 12s caught our attention for their initial Cavs like appearance – that was until you got a look at the medial side and all of the vibrant pink on the Hyperposite overlay and lining. Volt even made an appearance on the Merlot base to mix things up. LeBron and the Cavs struggled against the Sixers throughout the second half last night, but one thing that was on point was LBJ’s Nike LeBron 12 PE. Featuring a near Double Helix like finish, instead of the Pink and Volt accents, the color blocking got a Cavs-centric makeover to feature more of a Crimson and Gold. Cleveland would hold on for an ugly 1 point victory over Philly. Elsewhere around the league, John Wall showed off his Cherry Blossom J Wall 1s and Chris Paul referenced the Air Jordan XX3 again. Check out more of our latest NBA Feet below. 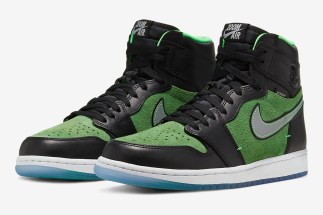