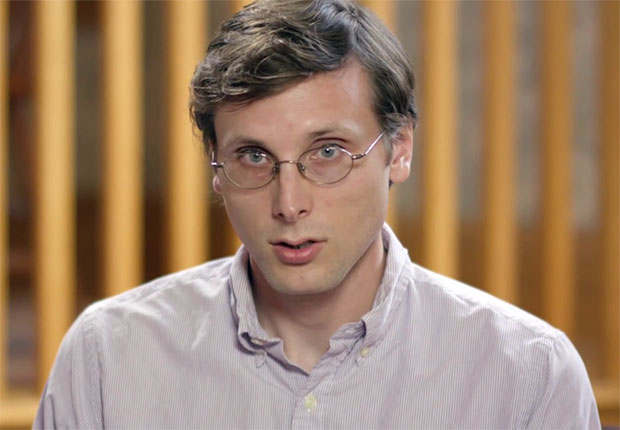 Brad Hall has taken the sneaker world by storm with his dry, deadpan humor throughout his unboxing videos of recent Air Jordan releases, and most recently the adidas Yeezy 350 Boost. To describe his unboxing videos as different wouldn’t quite do the reviews justice. With recurring manikins, signature khakis, and of course shoe horns, Brad’s creations are just something you have to see to fully comprehend. But who is Brad Hall? Sports Illustrated‘s Tim Newcomb just got a step closer to finding out in a new interview.

While Brad didn’t dig too deeply into his personal life or origins, the interview does contain a few gems and details about Hall, a 35 years old, and his love of sneakers stretching back 20 years. The interview paints the picture that Hall is just an awkward 35 year old guy who keeps his minimalist business casual attire in check while creating DIY sneaker reviews without any corporate involvement. The real kicker is that Brad says he isn’t playing for laughs. Sure.

On the success of his videos: “I was completely blown away from the very first video. I thought it would be cool if I got a thousand views. That number seemed ambitious. I was totally overwhelmed by the initial response.”

On the process of creating his videos: “It is not scripted at all. We have a place to shoot it and we set up in my living room, that is about as far as we go with scripting. Everything is me talking about the shoe. I will do a couple passes through to make sure I cover everything. That is the extent of it.”

On his personal style: “I own more than a handful of khakis. I do go in khakis pretty much everyday. It is a simple look and I stick to it.”

On whether the videos are a joke or not: “I would say it is not so much playing for laughs as kind of just trying to make it more engaging in some way. It is a visual thing, so I can’t just sit there and talk about a shoe the entire time. That gets boring. I’m aware that there is a visual element to it and keep that a little bit interesting. If I tried to play for a laugh, I’d probably not be funny.”

You can read the full interview here.