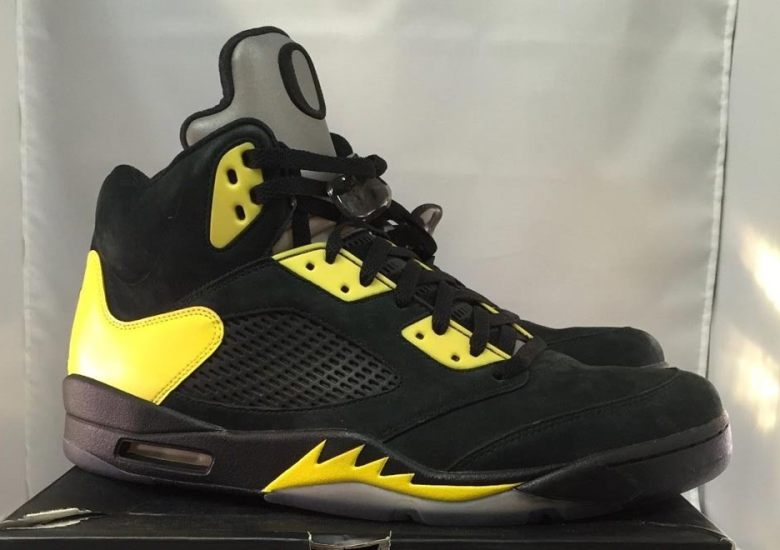 These Might Be The Rarest Air Jordan “Oregon” PEs In History 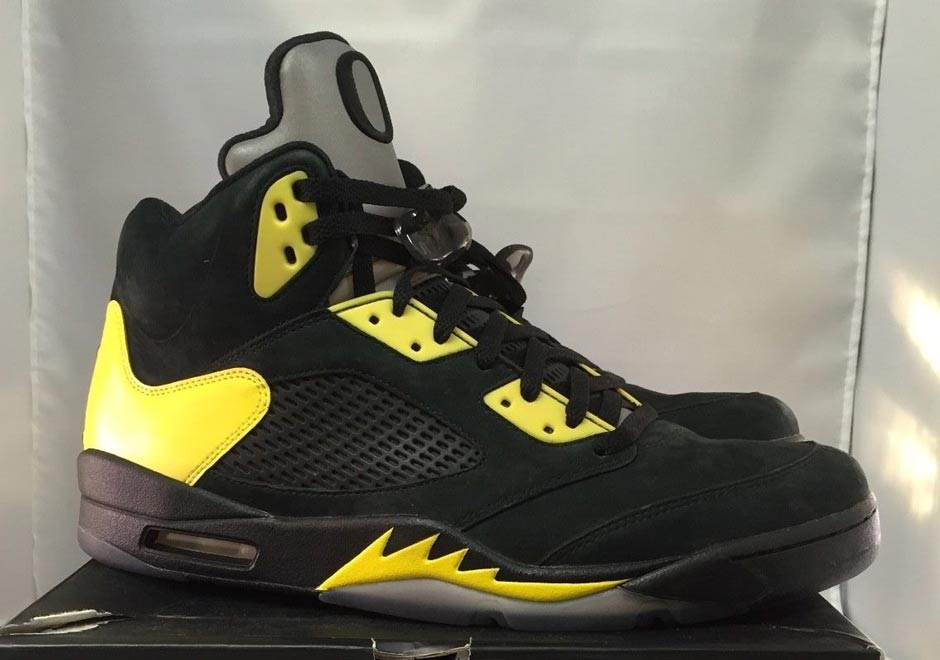 Of the two Air Jordan 5 “Oregon” PEs, only 12 of the rare black, yellow, and 3M reflective variety were known to exist. Jordan Brand imprinted numbers on the tongue inside of the ‘O’ as seen here due to the fact that they only made the school spirit colorway for members of the Oregon Ducks men’s basketball team in true player exclusive fashion. That, and the possibility exists that the market is so strong for Oregon PEs that the school wanted to prevent players from putting these on eBay themselves and violating any NCAA policies. Apparently a few others were able to get their hands on a pair even though they didn’t play for the University of Oregon. Gone is the numbered stitching inside of the O while the rest of the model remains unchanged. This could be the rarest Oregon PE to date, and if you have the extra cash you can bid on this Air Jordan 5 right now on eBay. 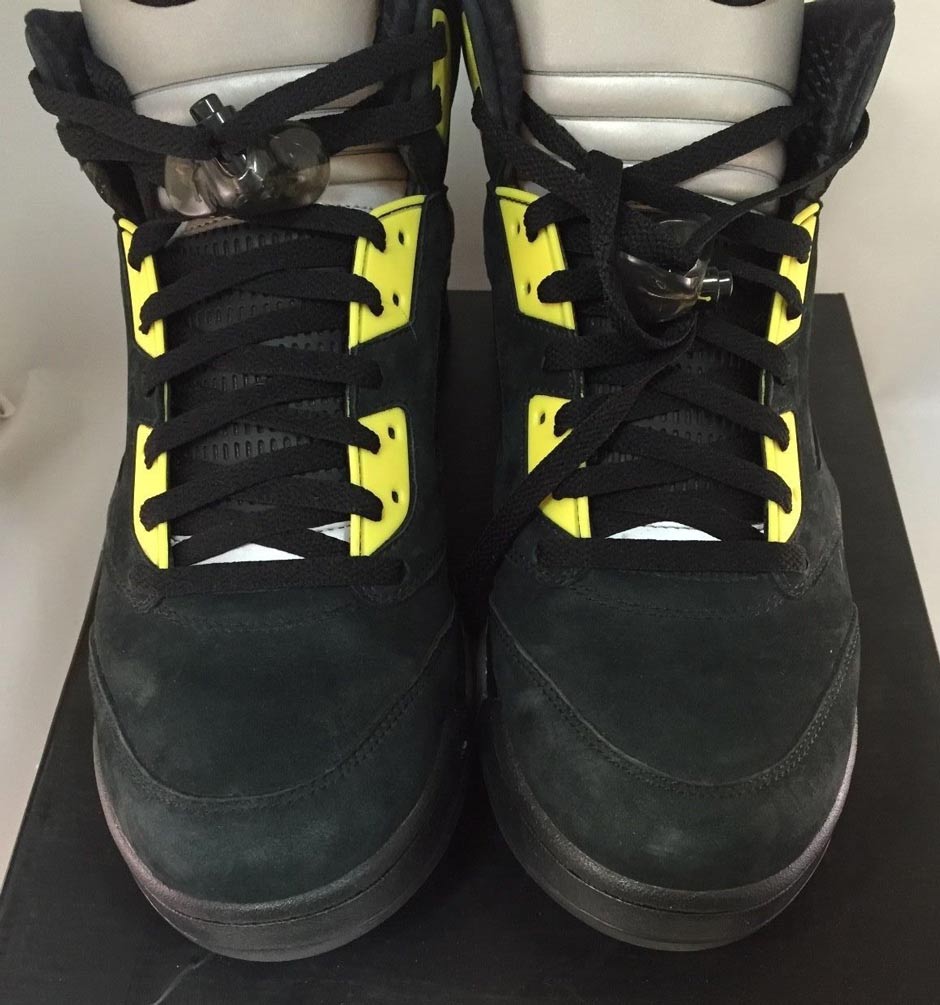 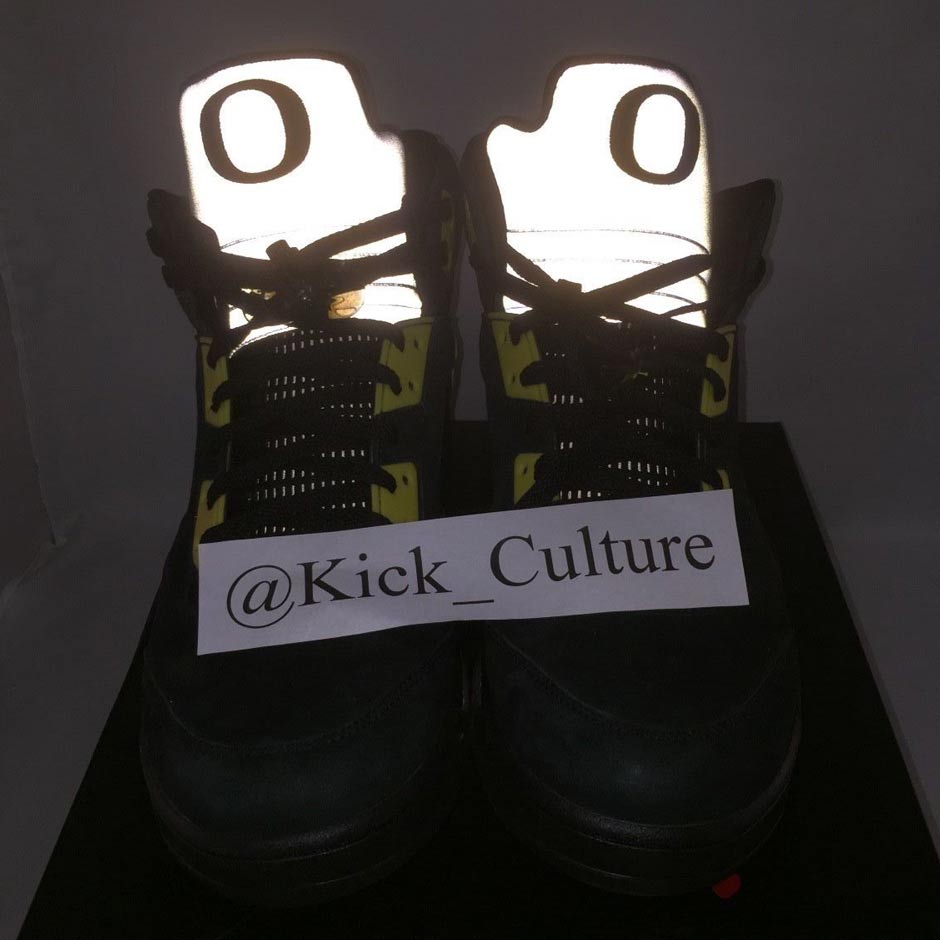 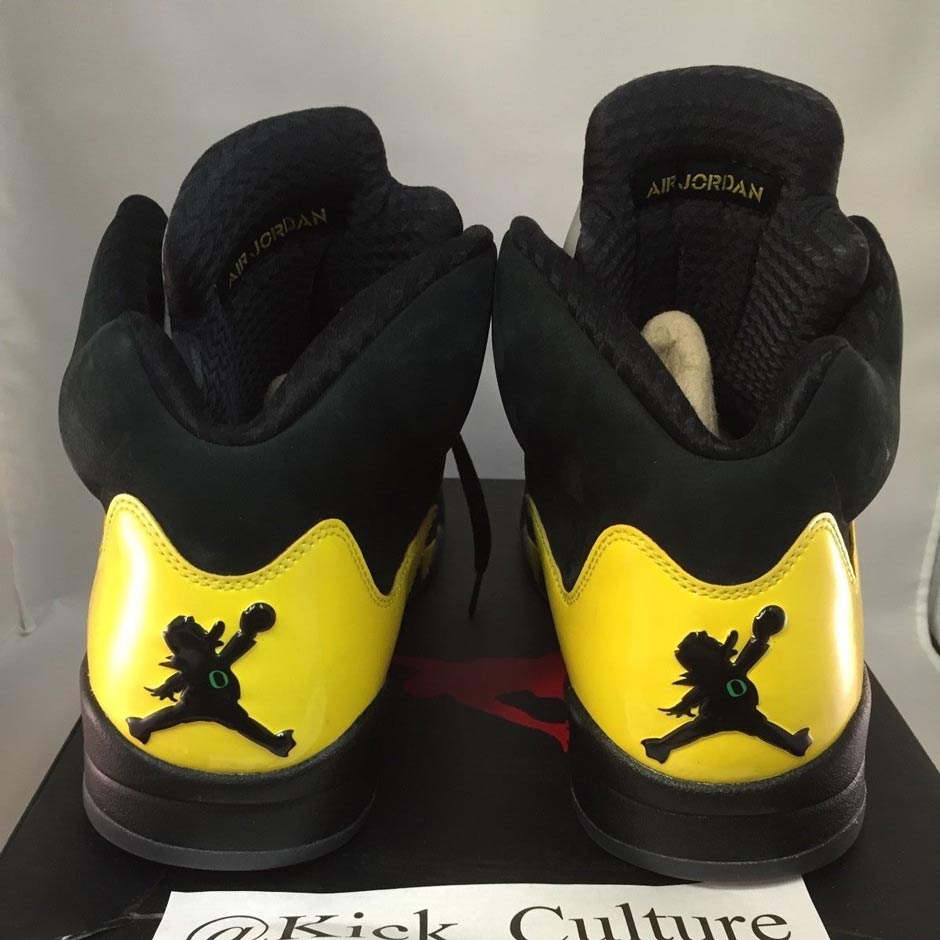 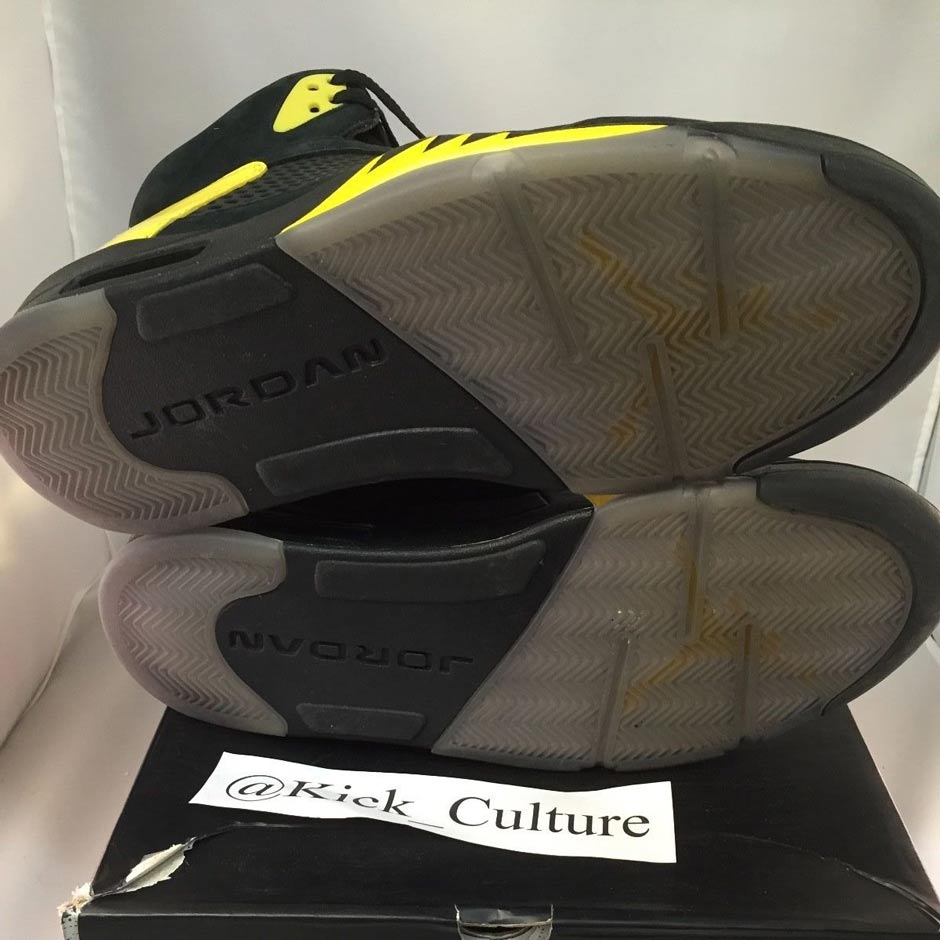 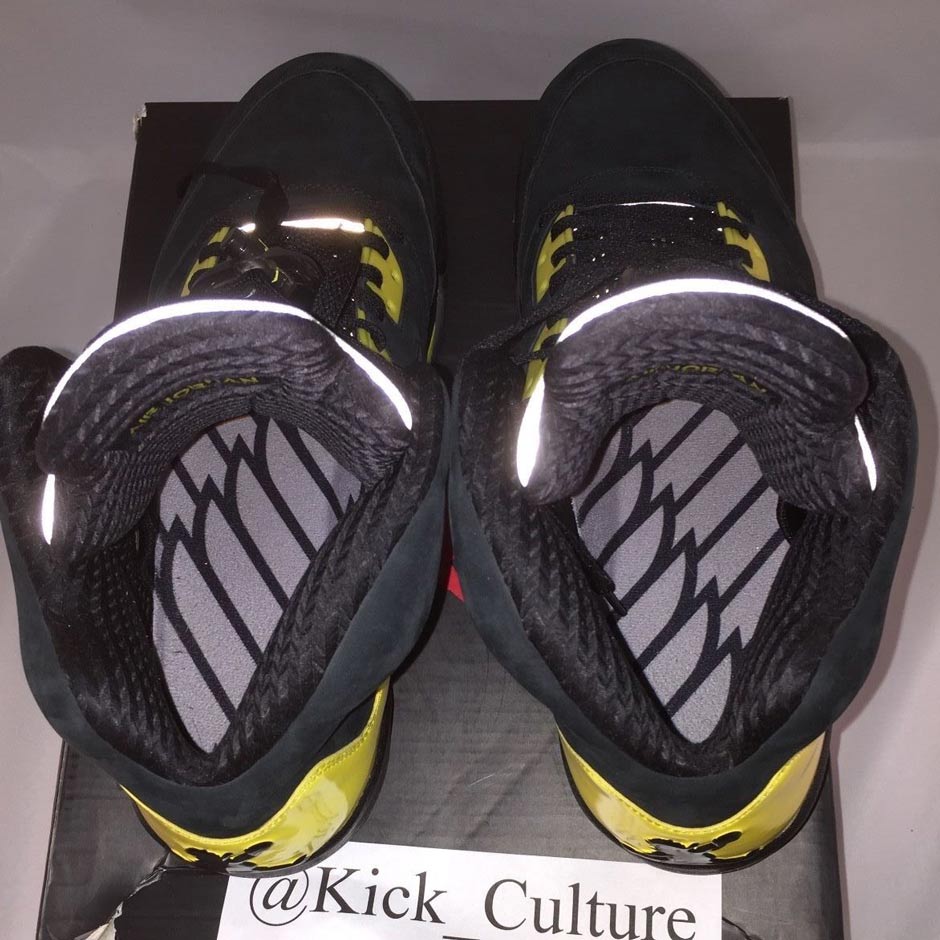 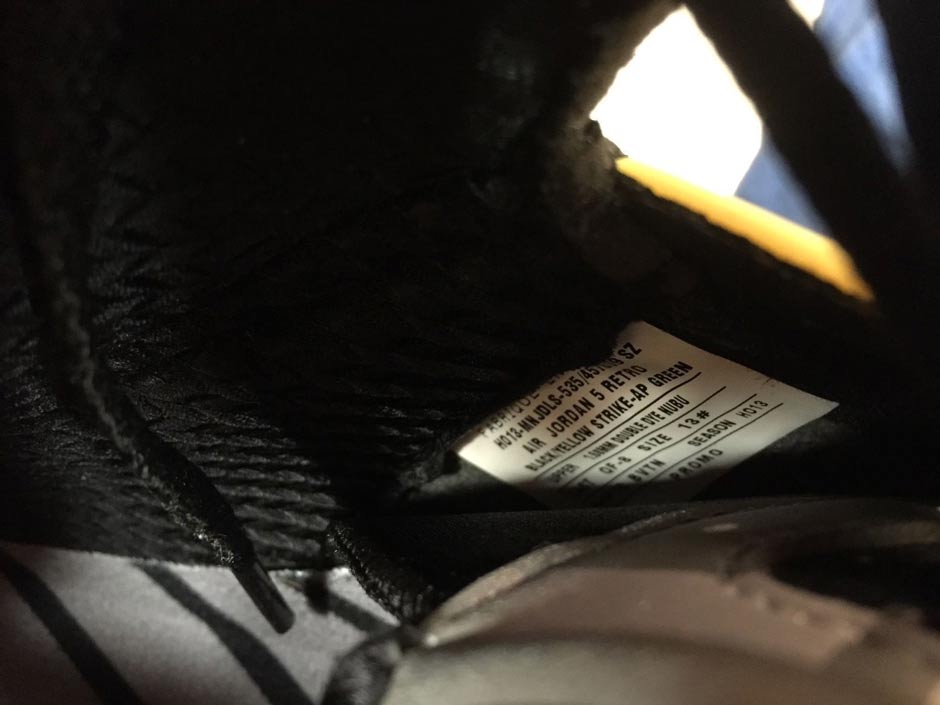 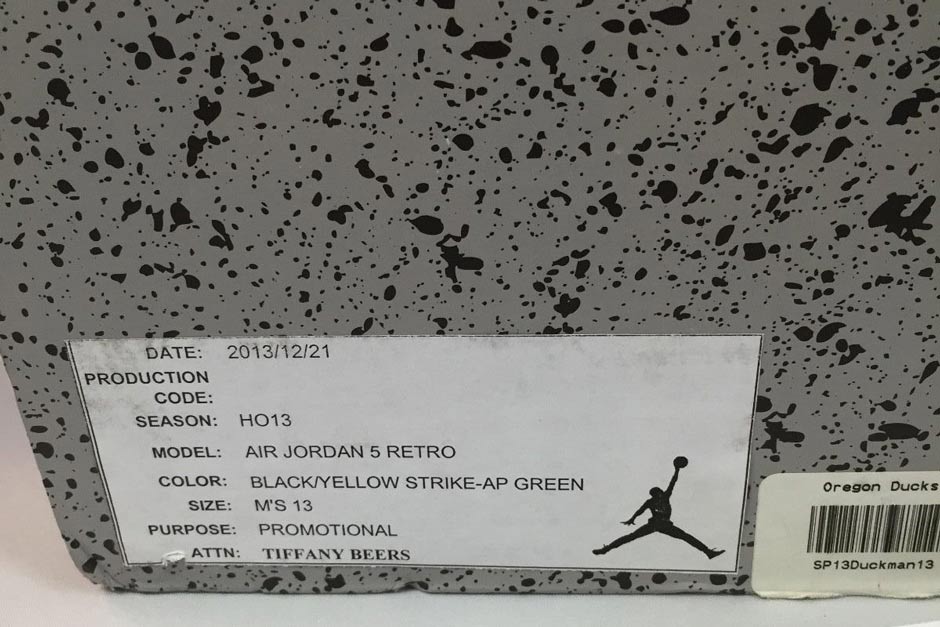