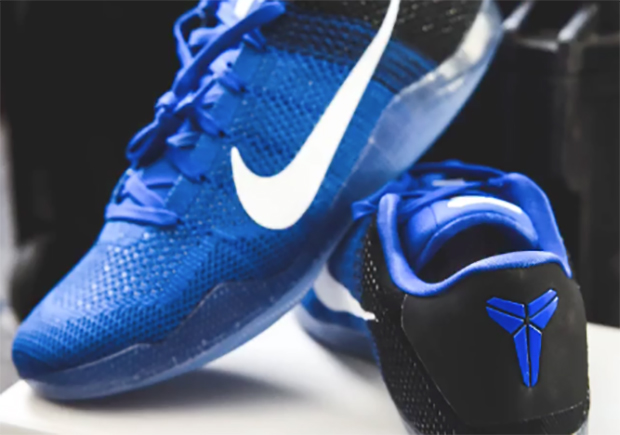 The Duke Blue Devils Get Their Own Nike Kobe 11 PE

Kobe and Coach K’s paths crossed during the 2008 Beijing Olympics where the USA National Team took home gold for the first time in eight years and dubbed themselves the Redeem Team. Since then you might’ve noticed Duke getting a plethora of exclusive Kobe and LeBron PEs, and for good reason. That obviously says a lot about the Nike Basketball connection and Kobe and LeBron’s respect for the legendary collegiate coach after playing under him internationally. March Madness is looming and Duke is currently unranked in the Top 25 for the first time in 8 years, so perhaps this new Kobe 11 PE will give the squad the boost it needs. A combination of royal blue and black Flyknit hits throughout the upper while white branding is featured on the Swoosh and hidden Duke logo on the insole. What do you think of the pair? Check out a full view below and stay tuned for more upcoming Kobe PEs right here on Sneaker News.

Them new Kobe's though