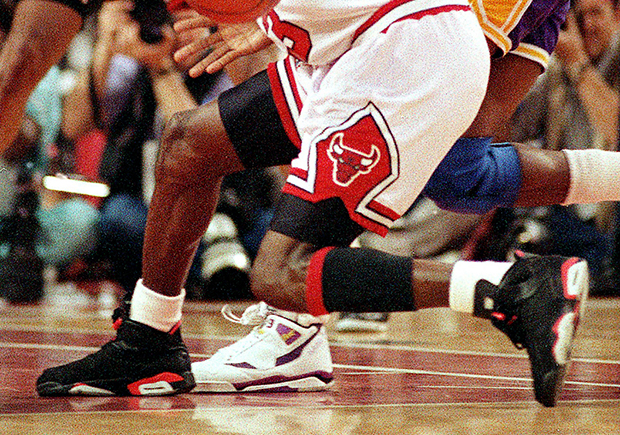 The Air Jordan 6 “Infrared” will forever go down as the shoe that Mike won his first championship in. The Chicago Bulls absolutely dismantled the Los Angeles Lakers in the 1991 NBA Finals, and from then on Mike and the Bulls were the team to beat over the next decade or so (excluding the year and a half that MJ hung up his signature shoes for a swing at baseball). Now Long Island-based Philip Weiss Auctions is selling off the only known Air Jordan 6 pair that MJ wore during his first Finals trip on February 27th. The signed pair comes complete with a midsole that’s long been chalky and cracked from aging, but what do you think this pair will go for? Click here for the full listing and happy bidding.