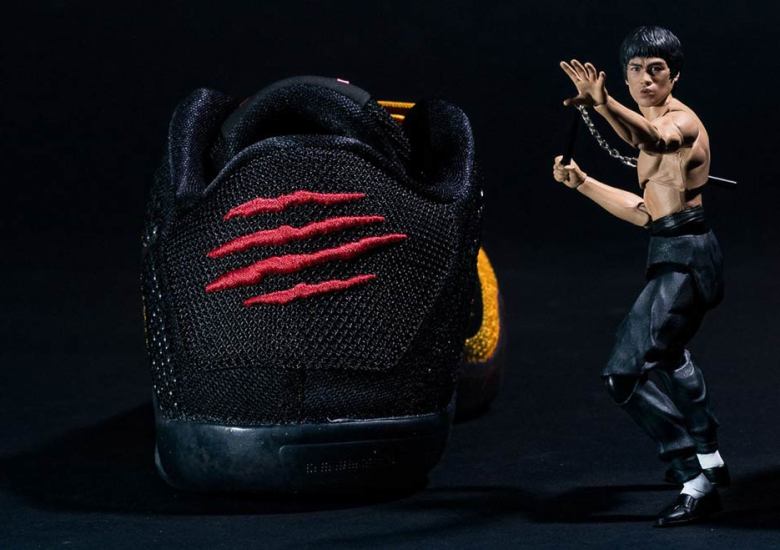 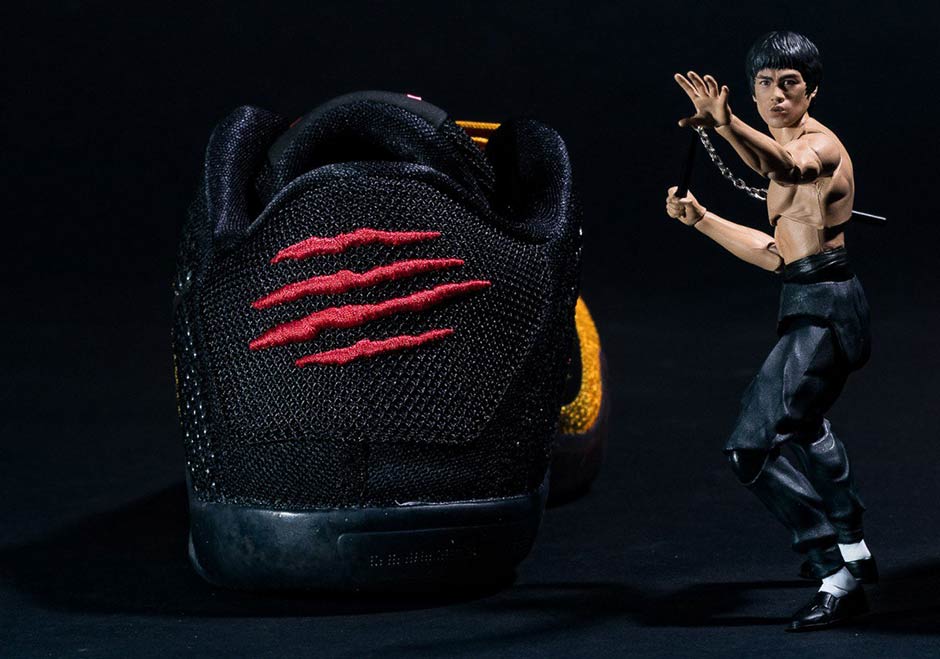 The Nike Zoom Kobe V “Bruce Lee” is considered to be one of the best Kobe releases ever. Since that shoe, released in late 2009 at the peak of Kobe-mania and disappearing from retail shelves shortly thereafter, we’ve seen a yellow/black-red Kobe colorway atop nearly every signature Black Mamba installment to date. Now we’re blessed with another Enter the Dragon and Game of Death reference to pay respects to Kobe’s farewell tour with the Nike Kobe 11 “Bruce Lee”. The red heel stitching is replaced by aesthetically similar scratches in an effort to pay homage to the wounds Lee received in the classic film Enter the Dragon. The overall Univeristy Gold and Black Flyknit stitching matches the suit that Bruce wore in the 1978 film Game of Death. Blood red hints land on exposed portions of the Kobe 11‘s Dynamic Flywire system, tongue, and heel branding while the hidden Zoom Air insole features a similar shade. Where would you rank this year’s Bruce Lee reference compared to past installments? Grab the Bruce Lee Kobe 11 on March 19th for $200. Action figure not included. 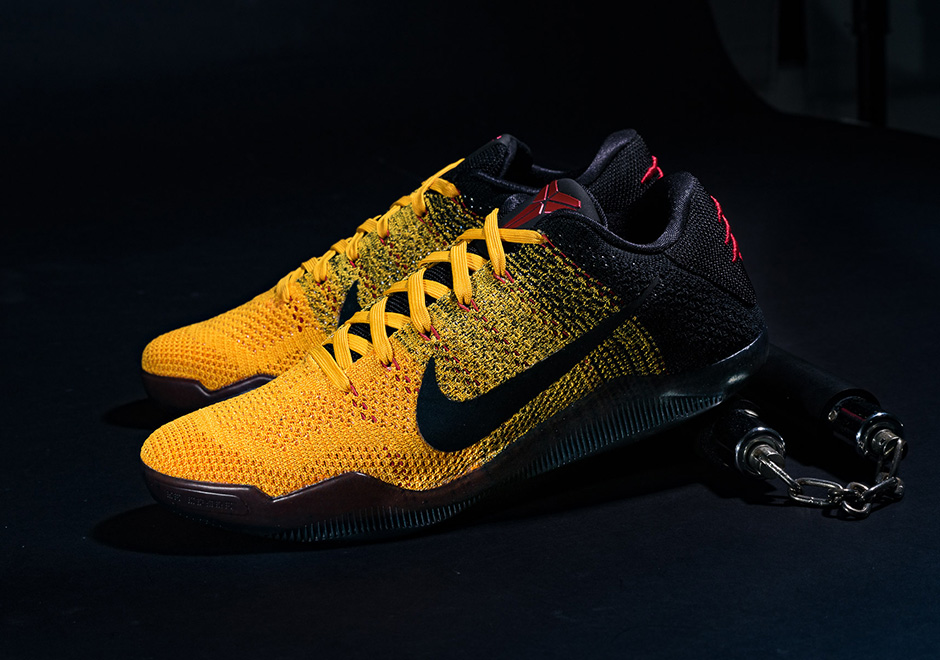 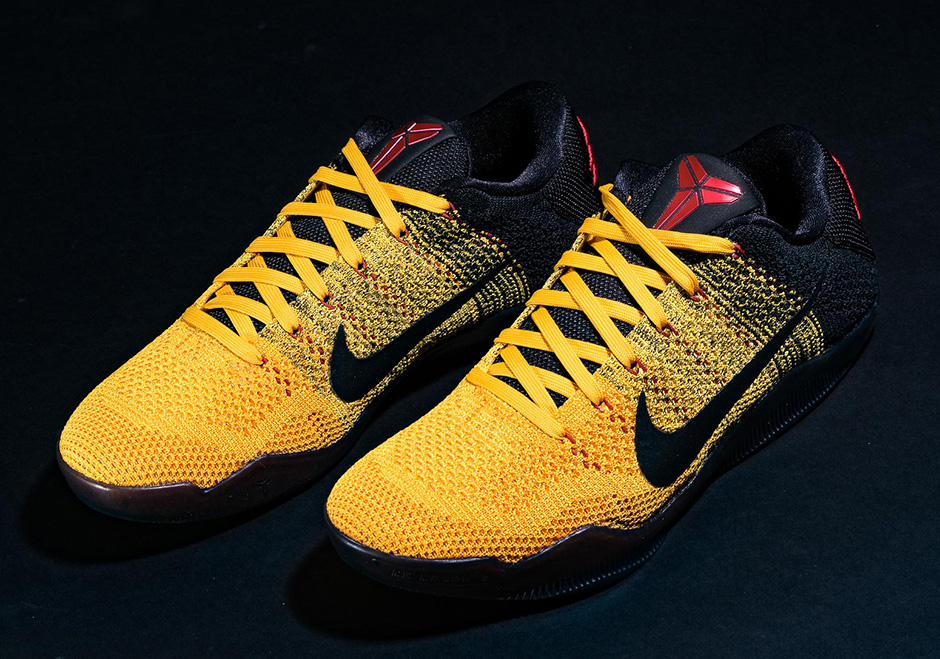 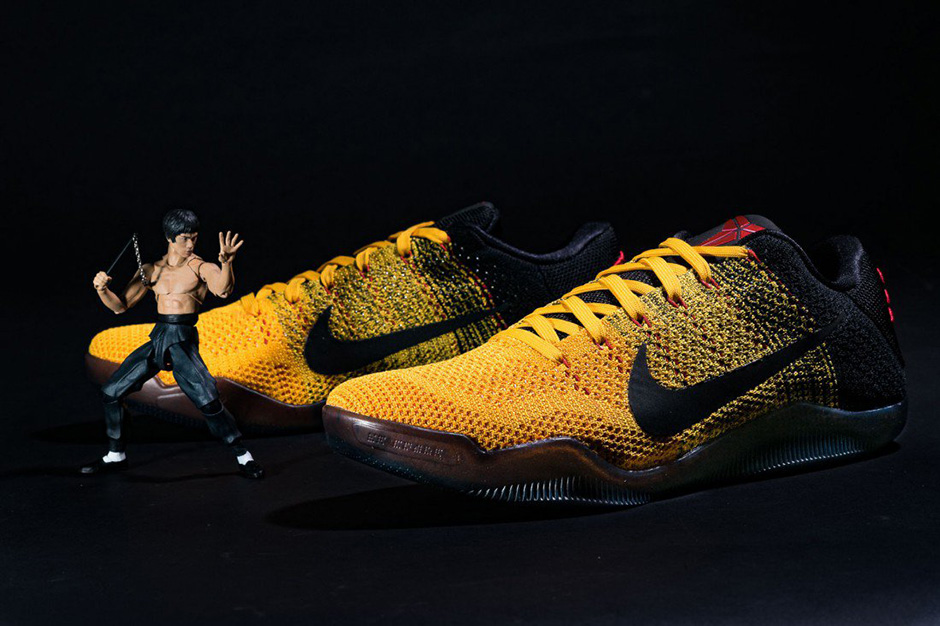 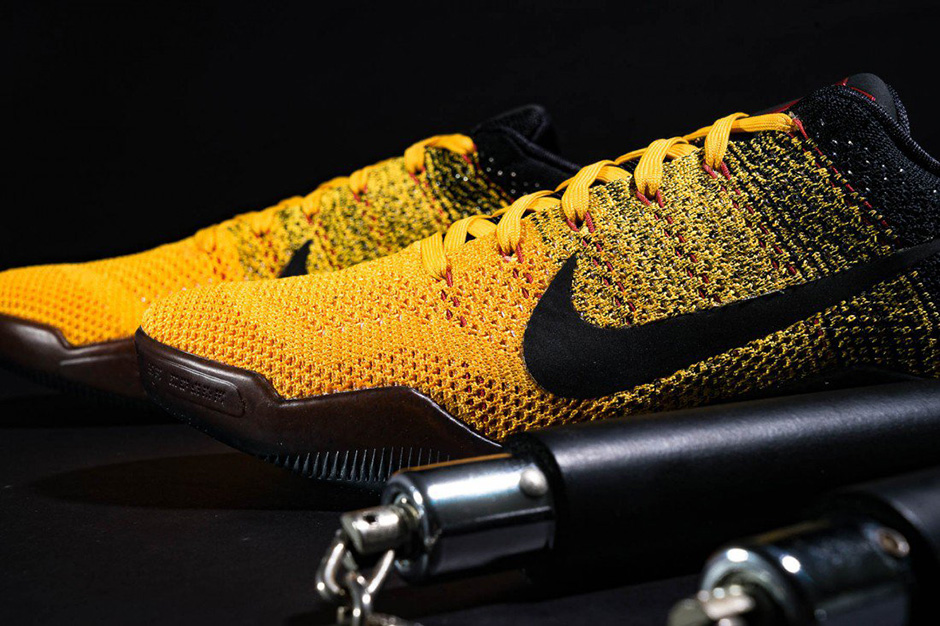 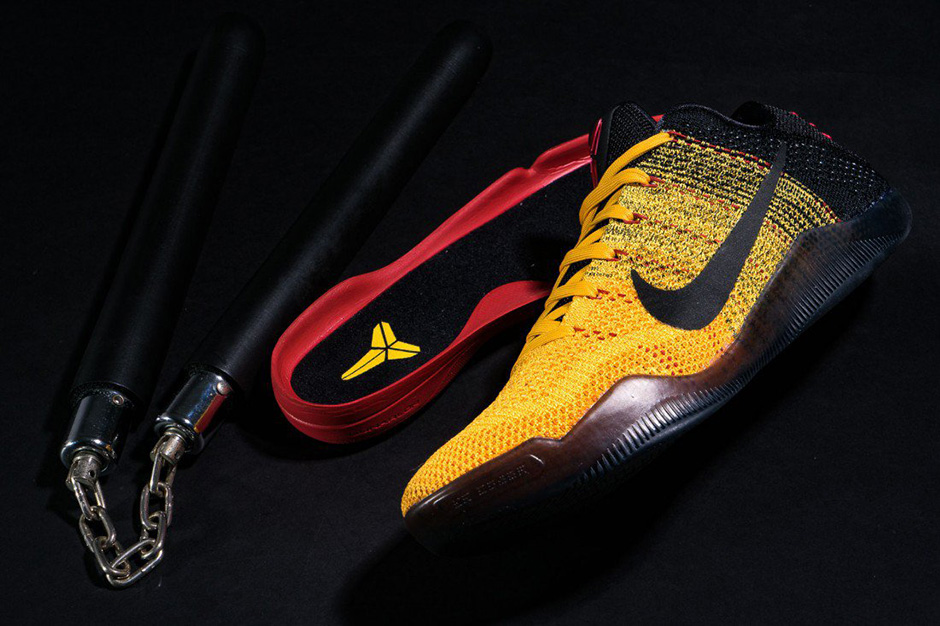 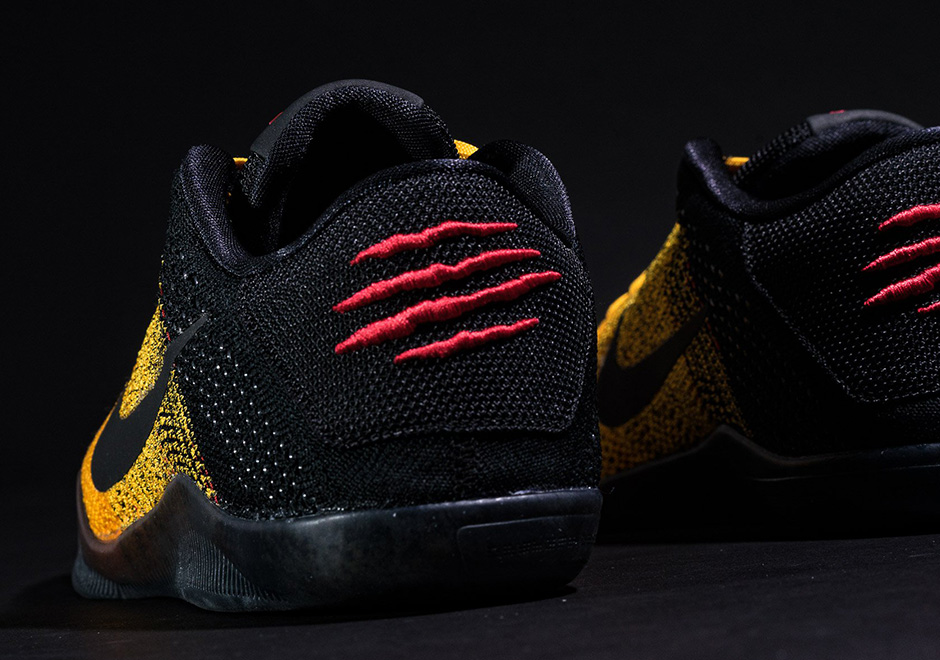 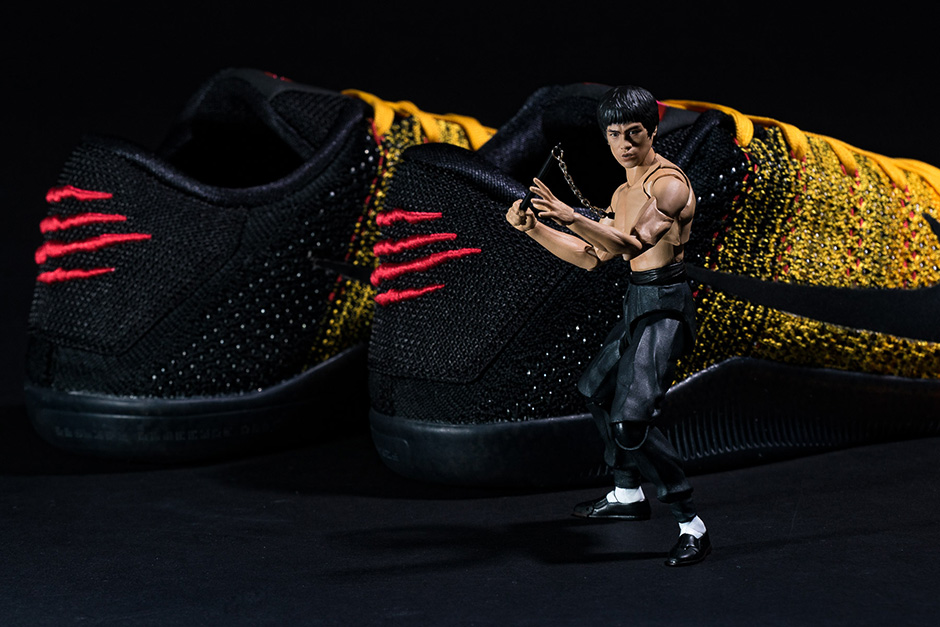 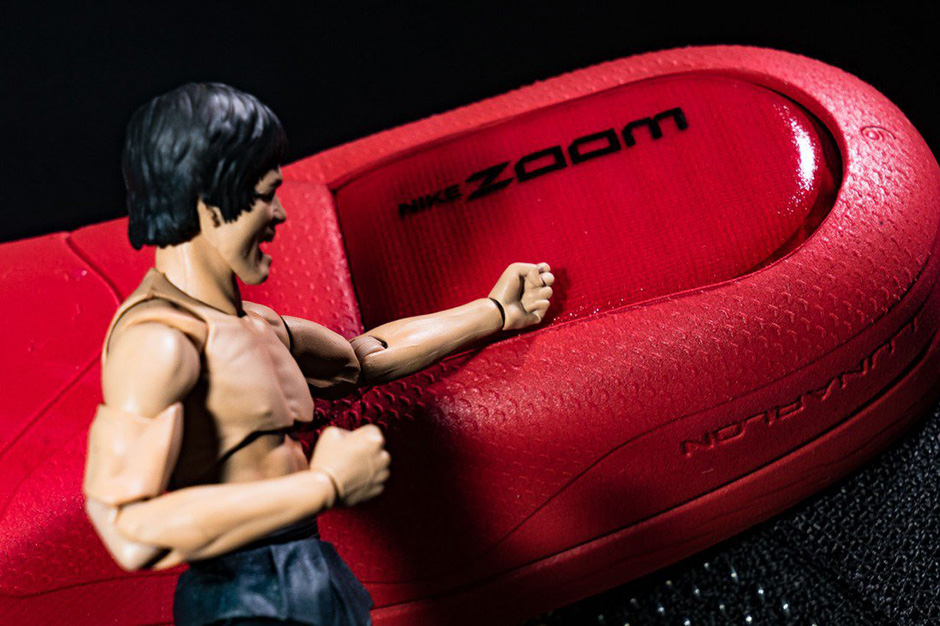 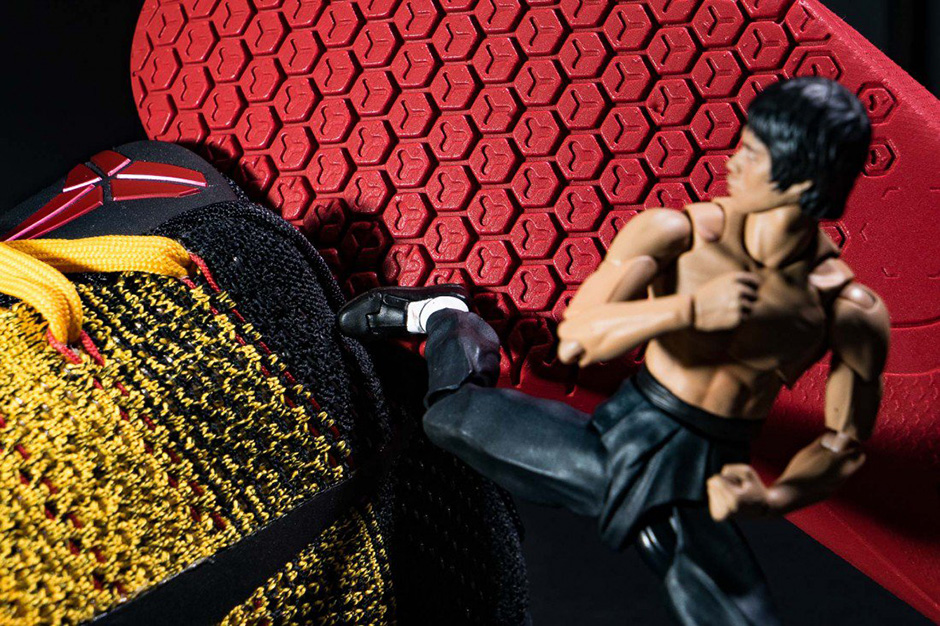