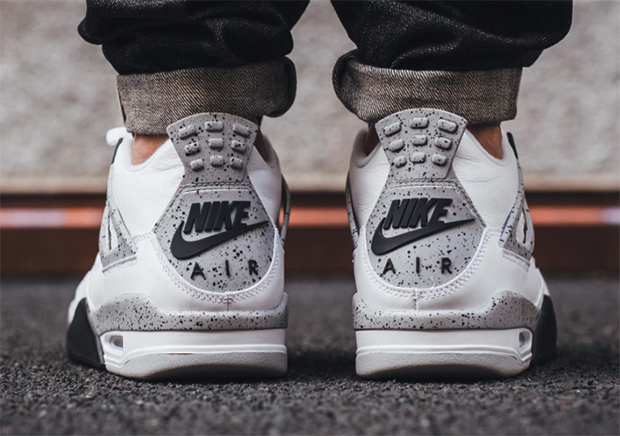 Missed out on the Air Jordan 4 “White/Cement” featuring that classic ‘Nike Air’ branding? Plenty of you did when the pair first dropped during the NBA’s All-Star Weekend festivities, but don’t let that happen to you this time around. Tomorrow, March 16th, Mike’s iconic White Cement 4s offering will be restocking at Foot Locker, Eastbay, and Champs Sports. And just in case you aren’t too confident in your ability to catch the retail release, prices aren’t too bad on eBay.