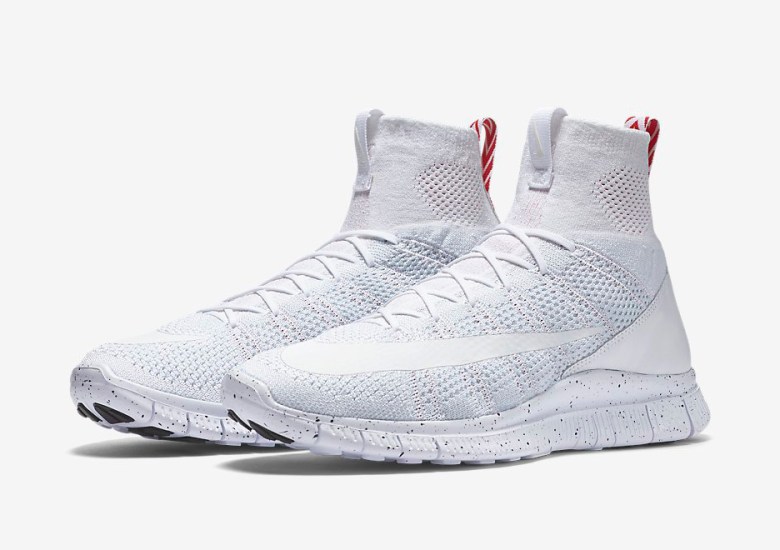 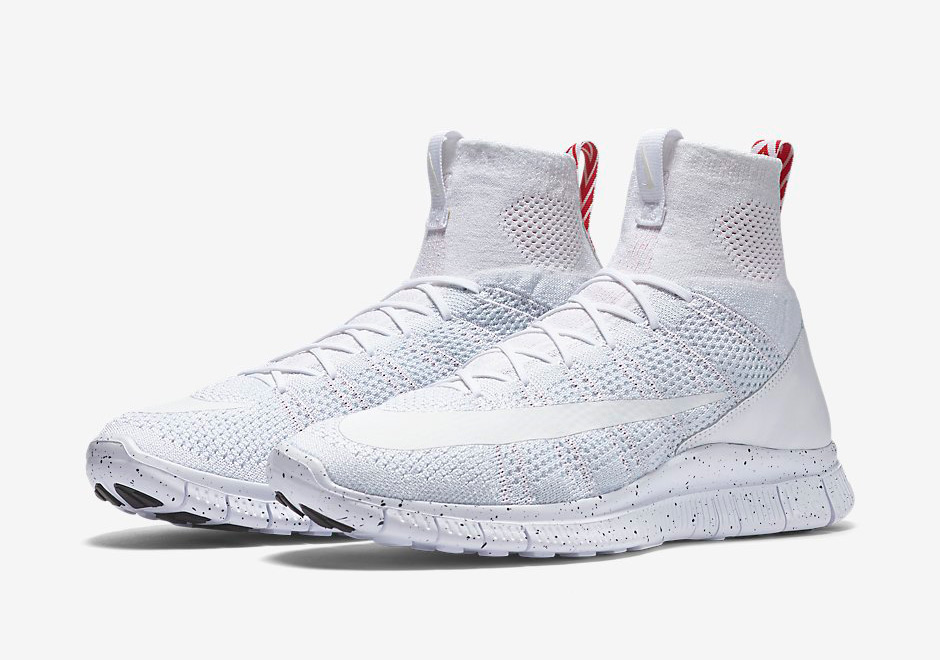 Very few shoes make a debut like the Free Mercurial Superfly did back in 2014. You might remember Mark Parker lacing these up two years ago, and since them a slew of sick GR releases as well as limited HTM fare have made this Sportswear shoe one of the brand’s most popular ever since. There’s no stopping the flow of new colorways because this upcoming white/red pair is dropping in stores soon. Expect this upcoming colorway of the Nike Free Mercurial Superfly to hit stores beginning in April. 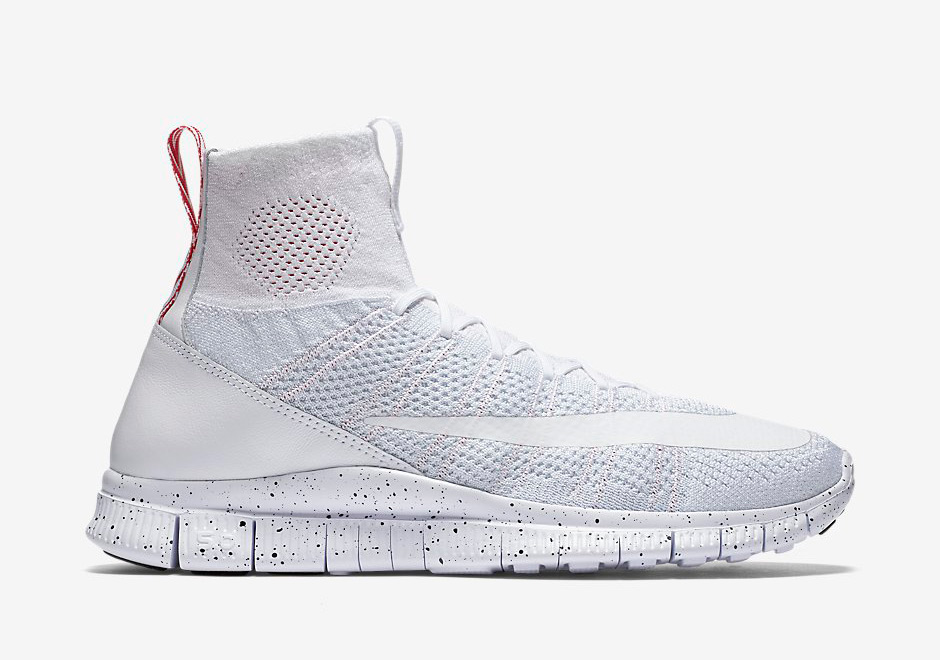 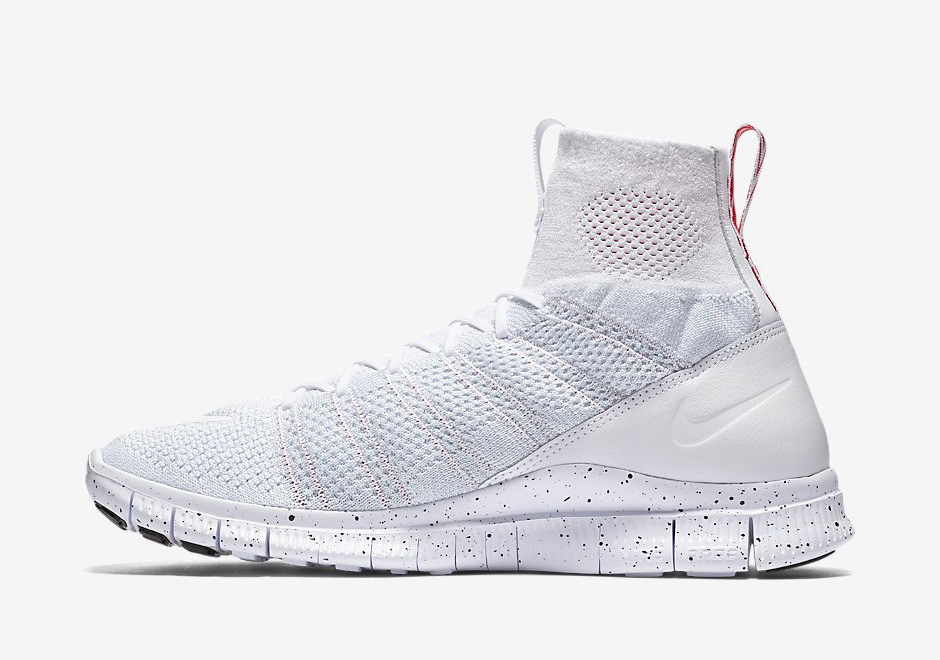 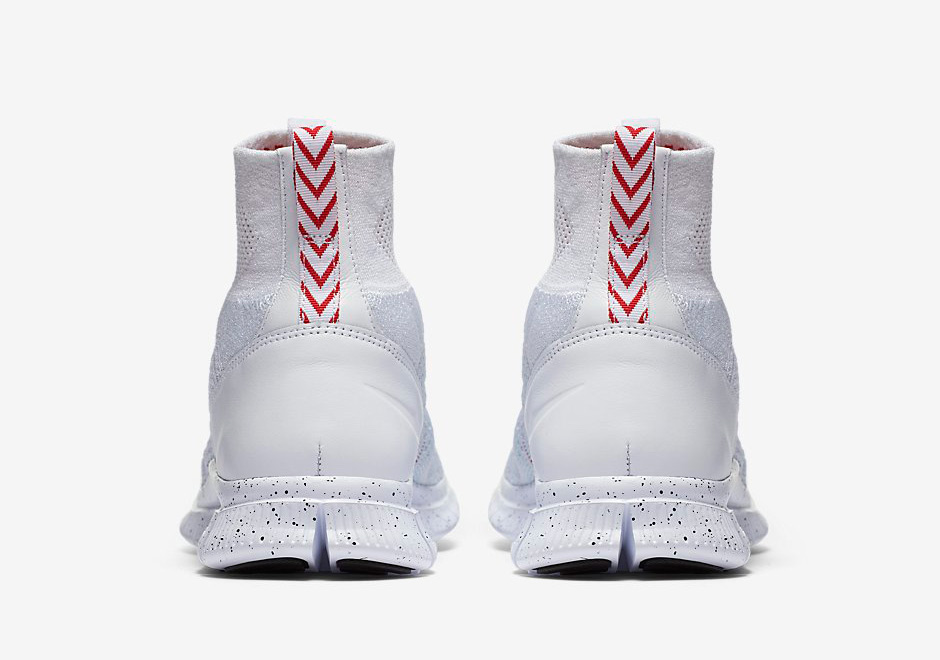 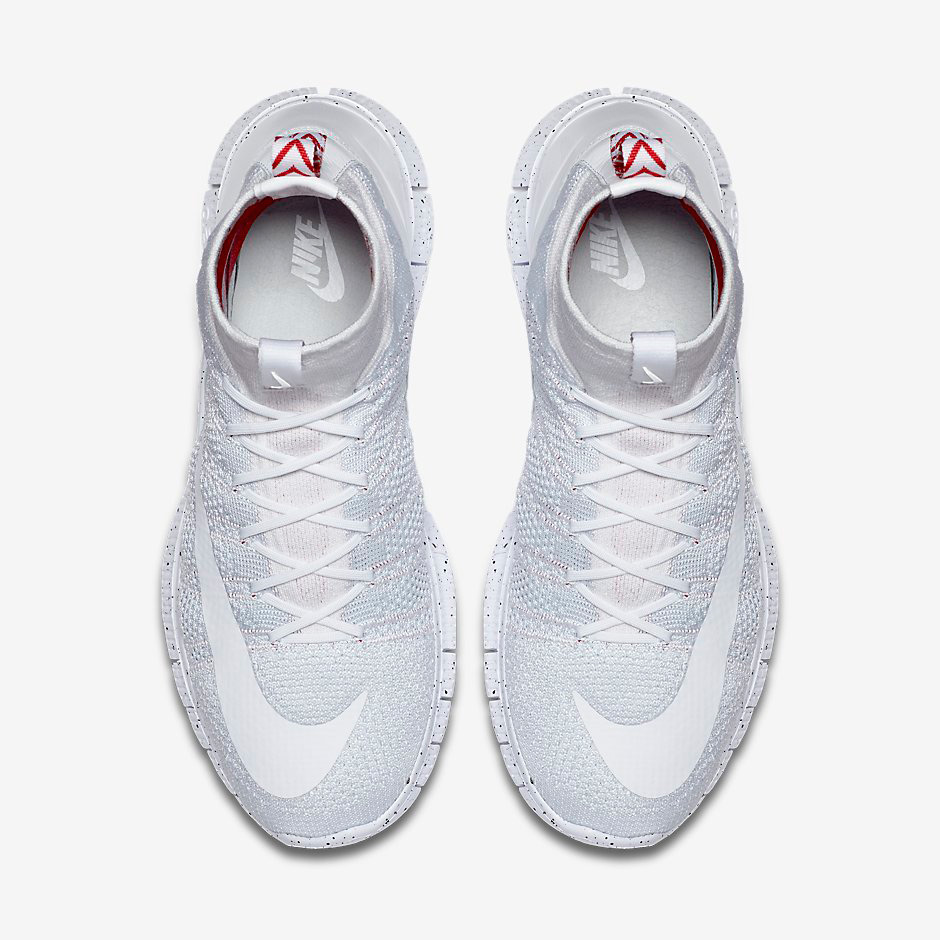