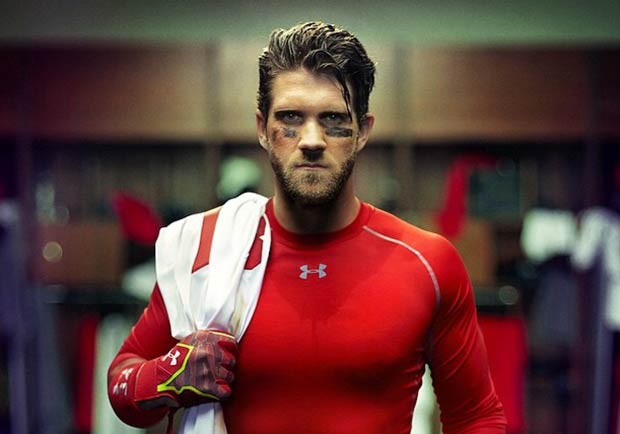 Just days after he was drafted by the Washington Nationals in 2011, Bryce Harper signed with Under Armour to an endorsement deal. Now that he’s arrived as an elite star and already has an MVP trophy under his belt, Under Armour is ready to lock the young dynamo for what is likely the duration of his playing career. Darren Rovell of ESPN reports that Under Armour just gave Bryce Harper a contract through 2026, which is also the biggest endorsement contract ever given to an MLB player. This also means Under Armour has the three best players in three major sports locked in for another decade; Curry is signed with UA through 2024, Jordan Spieth is UA through 2025, and Harper will be rocking the Baltimore brand through 2026. Under Armour’s impressive stable of athletes also includes NFL MVP Cam Newton, NHL MVP Carey Price, multiple Cy Young winner and NL MVP Clayton Kershaw, former NL MVP Buster Posey, and Olympic swimmer Michael Phelps.