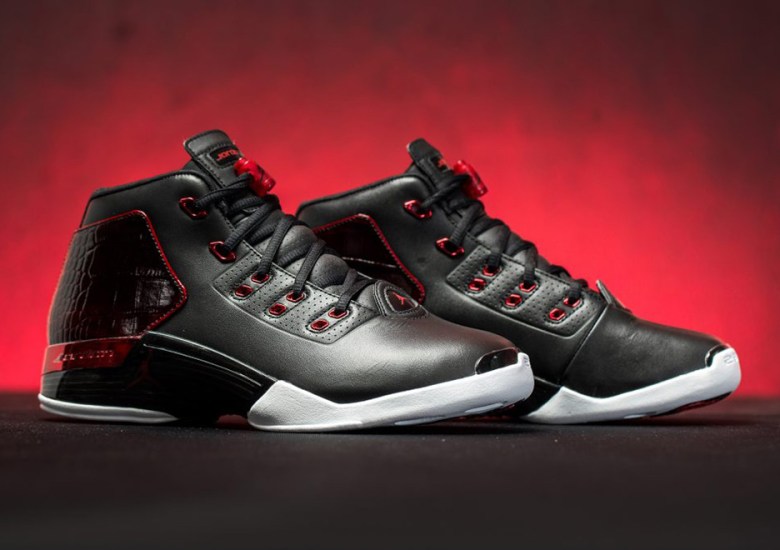 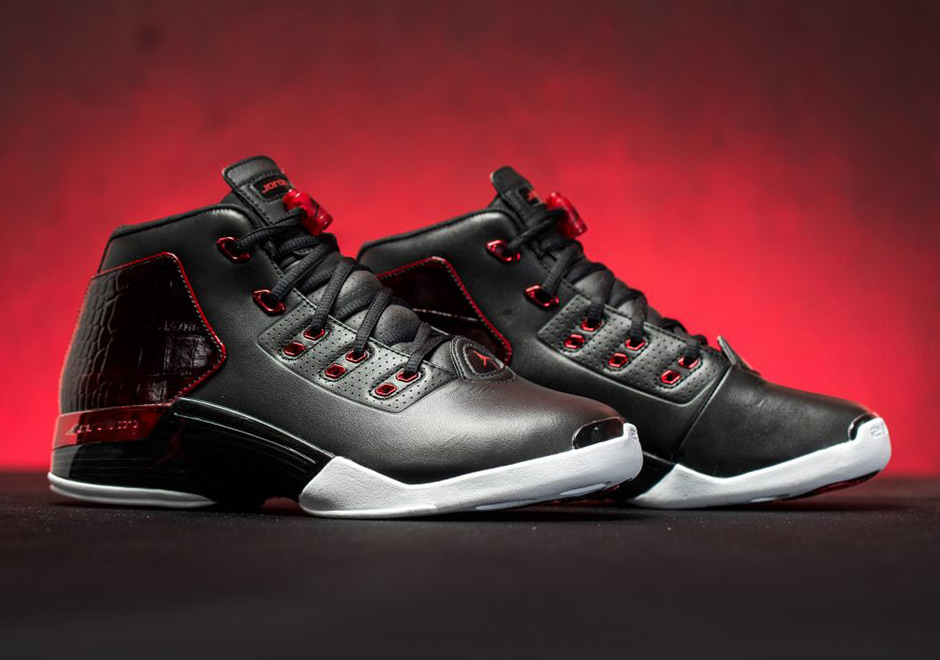 Michael Jordan reached the 30,000 point plateau against the team that he won 6 championships for, joining the ranks of Kareem, Wilt, and Malone as then the only four players to ever tally that many points in a career. Now the Air Jordan 17+ “Bulls” celebrates the accomplishment by paying tribute to not only the team that Mike reached the historic feat against, but also pays homage to the 29,277 points MJ scored wearing Chicago colors over 13 seasons. This Air Jordan 17+ utilizes a premium crocodile leather on the heel with metallic Gym Red accents throughout the black base and will release on May 29th for $250 USD. The Air Jordan 17 was the silhouette that MJ wore during the historic occurrence, and with the retro of the “Copper” pair, this fresh Bred look should fall right in line during the Jumpman’s Spring/Summer 2016 release slate. Continue onward for a better view of the latest Jumpman retro and know that you can find more of the latest release dates right here on Sneaker News. 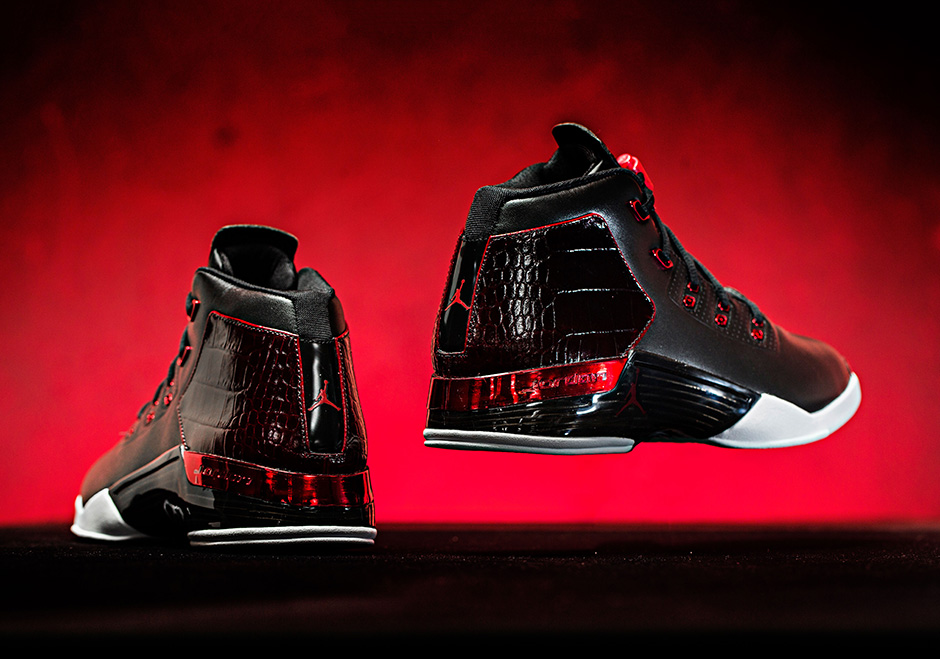 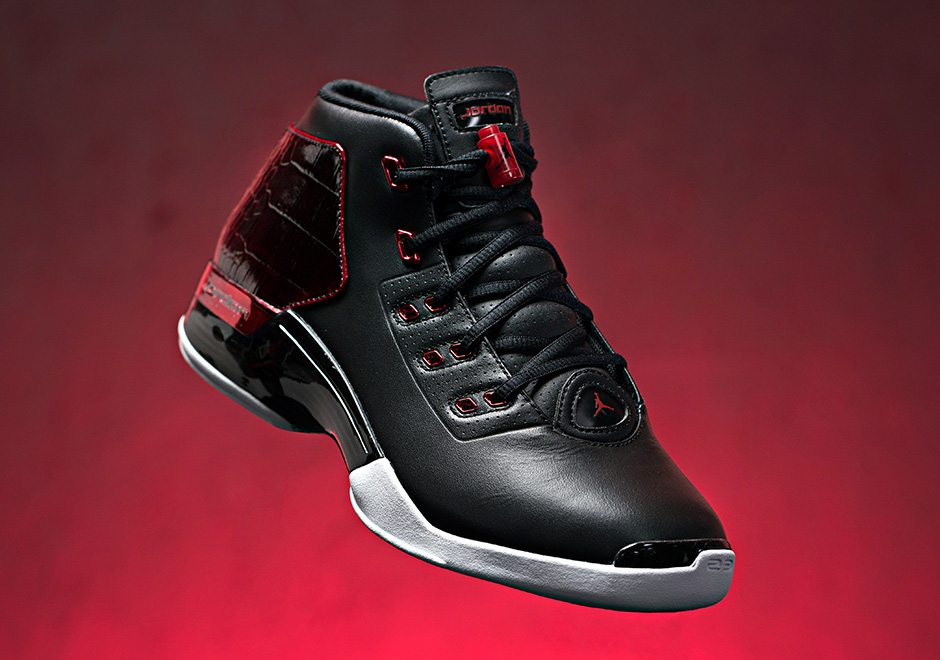 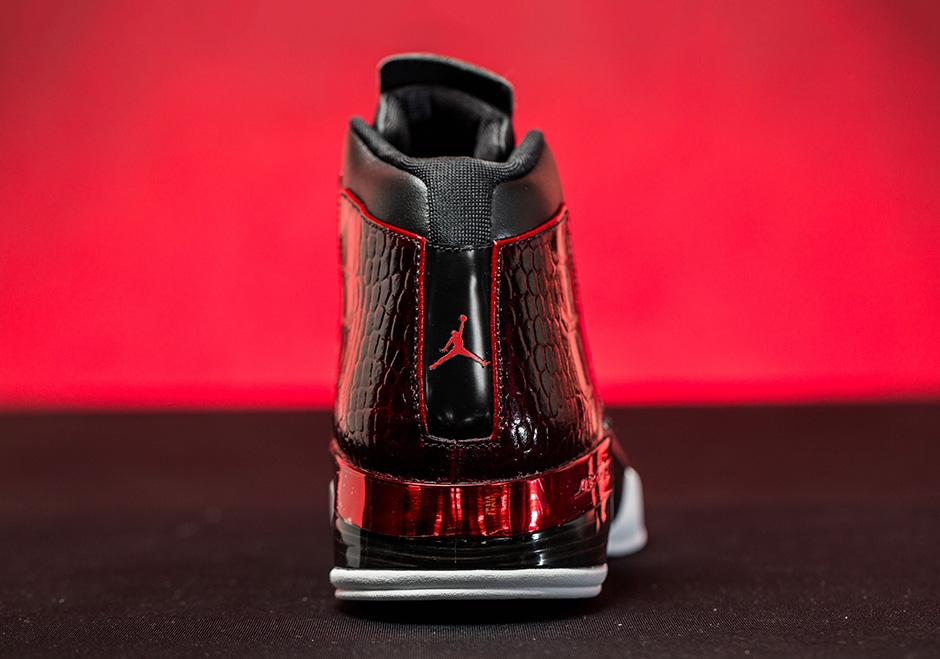 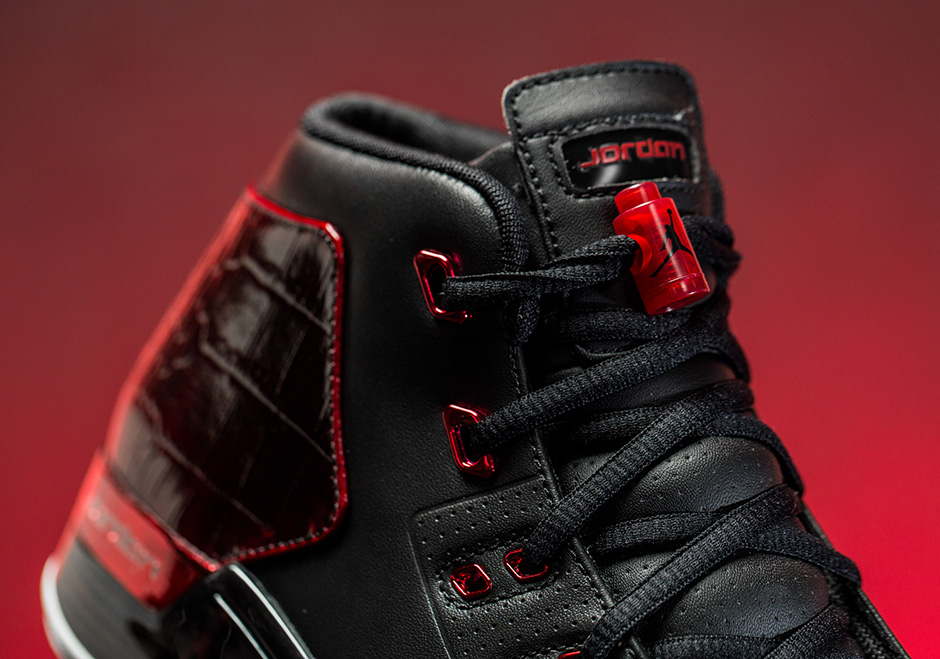 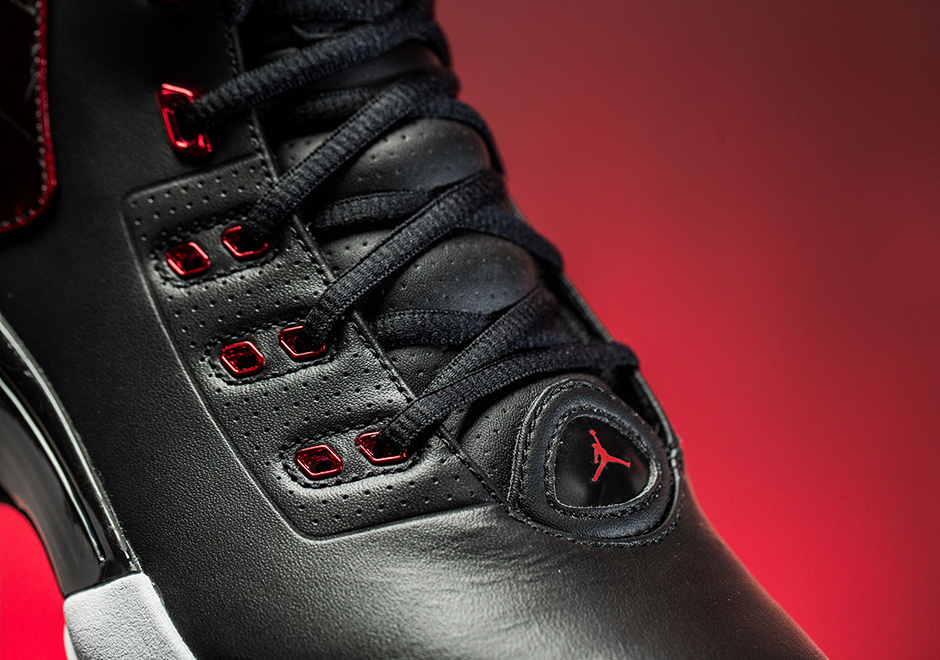 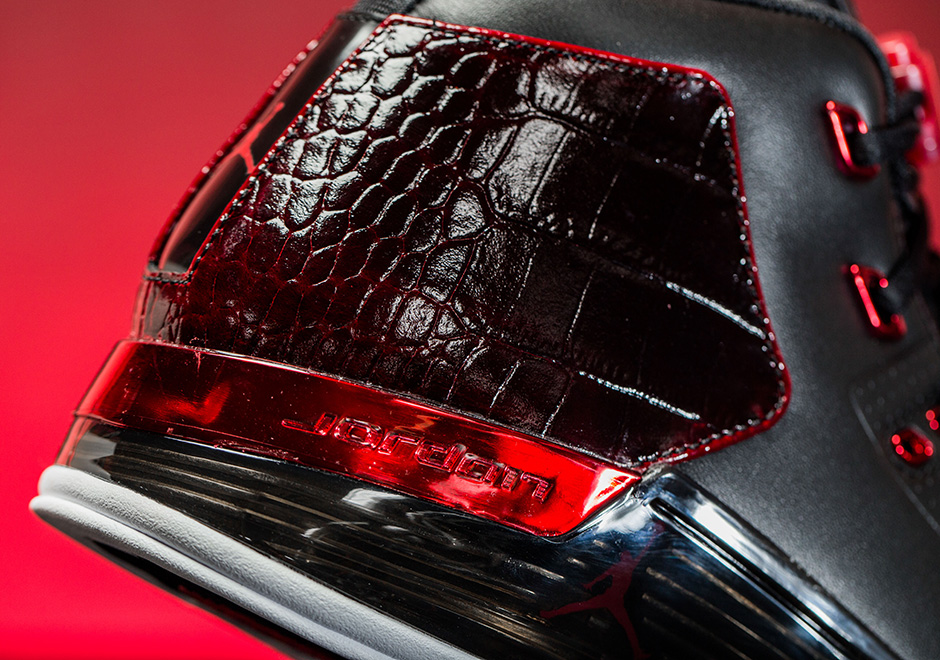