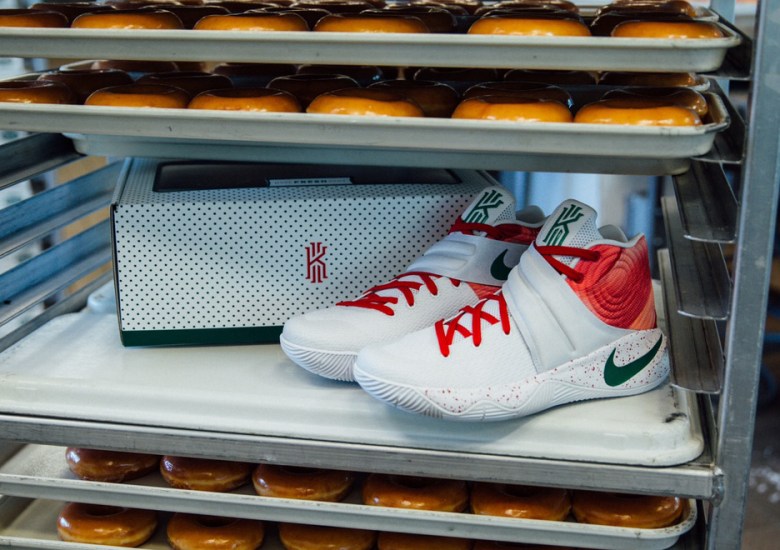 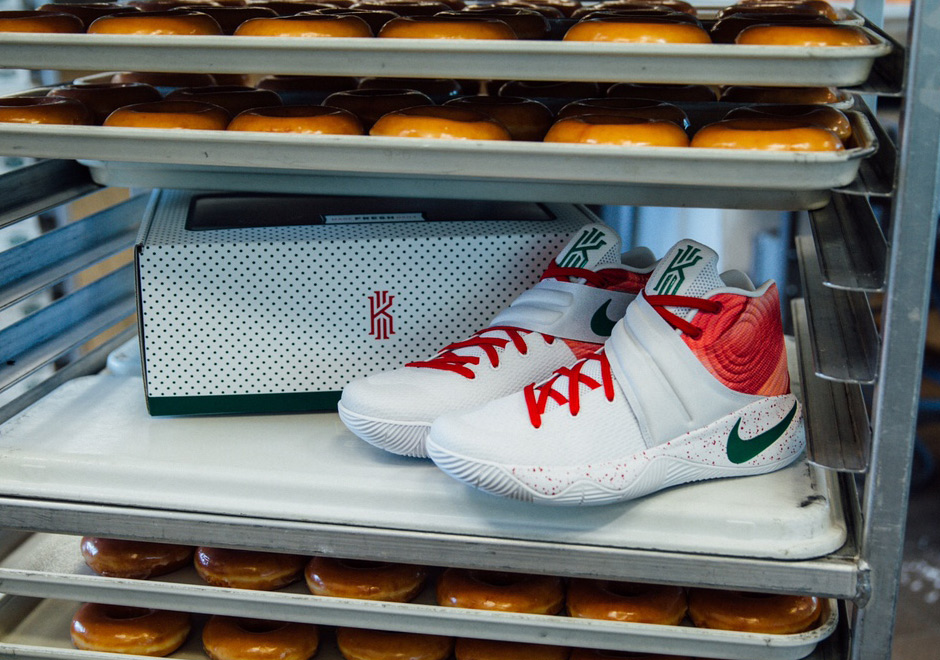 Earlier today we showed you a look at an awesome collaboration between Nike Basketball and Krispy Kreme donuts, with an awesome exclusive colorway of the Kyrie 2 shoe serving as the signature menu item. As it turns out, the Nike Ky-rispy Kreme truck will be releasing the shoes in limited quantities at unique locations, making stops in Cleveland, Baltimore, Harlem, and in Brooklyn. 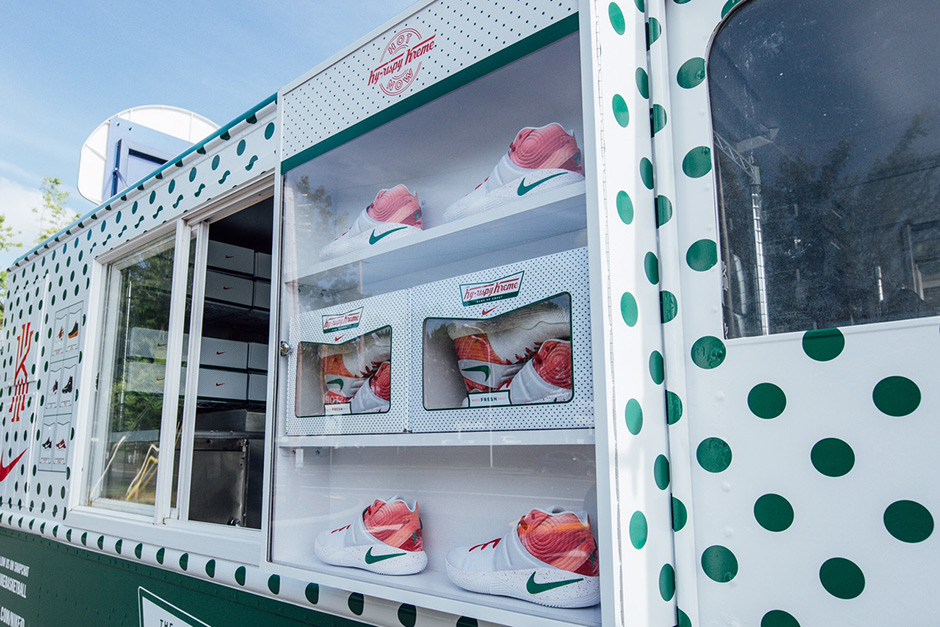 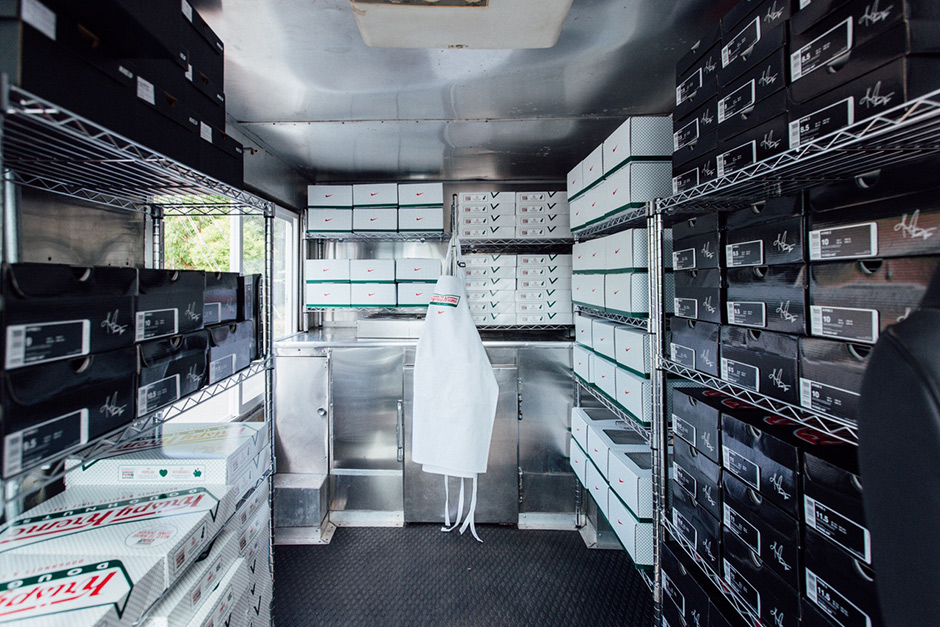 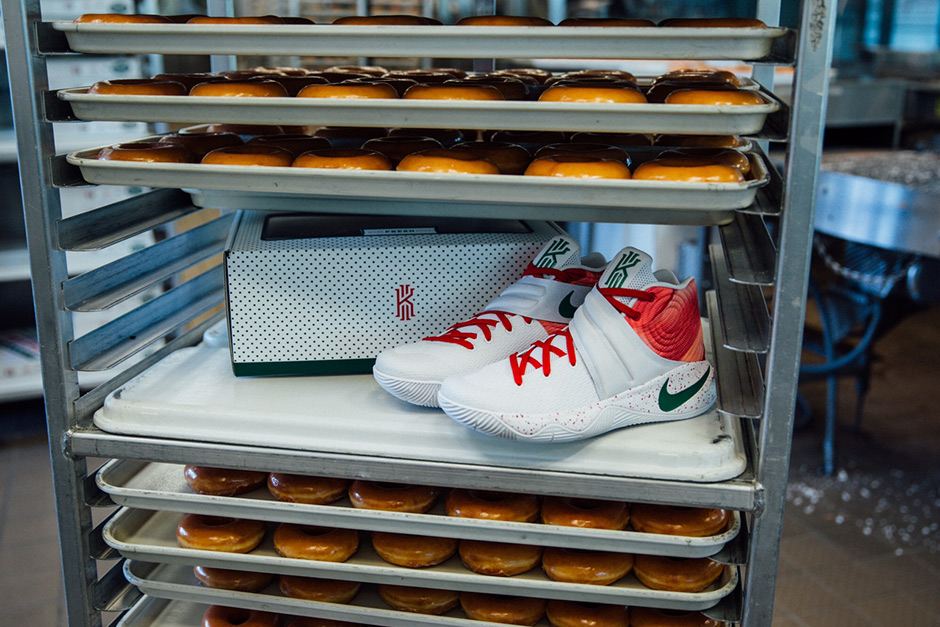