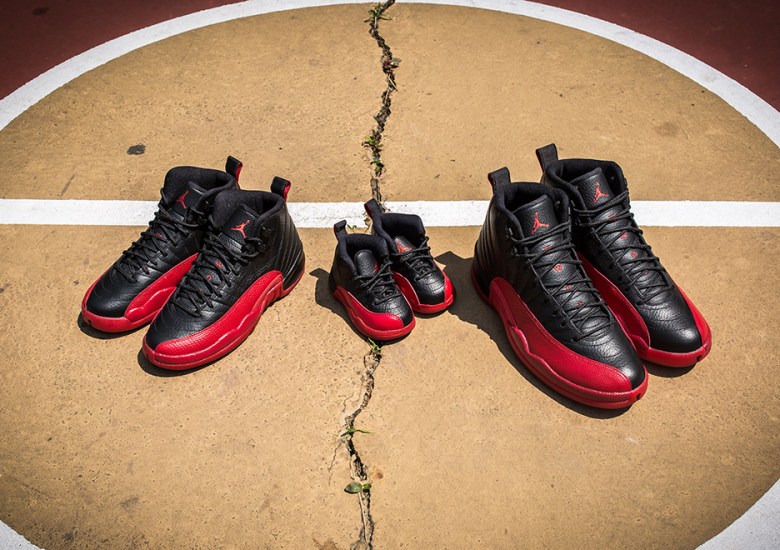 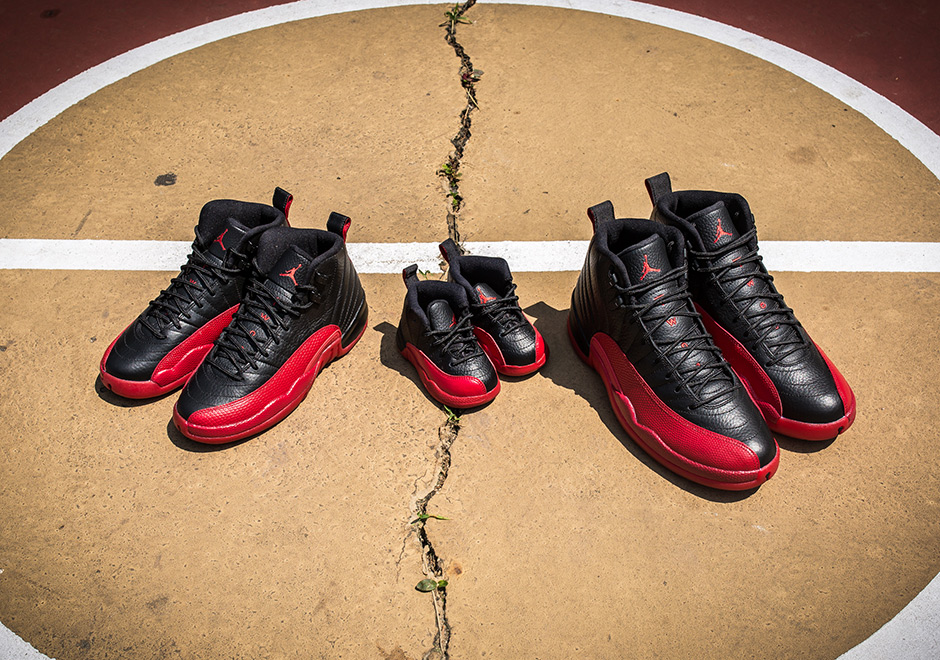 One of Michael Jordan’s more memorable playoff moments came during Game 5 of the 1997 NBA Finals when he was struck with a mysterious illness – some say it was the flu (given the infamous Flu Game title) and others would say it was timely food poisoning from a Salt Lake City hotel. Mike powered through the dehydration and shakiness to beat the Jazz 90-88 and take a 3-2 series lead behind 38 points from His Airness. The traditional black and red pair of the Air Jordan 12s that MJ had on would be known as the Air Jordan 12 “Flu Game” from that day on. This Saturday, May 28th sees the return of that very colorway in remastered form featuring a buttery black tumbled leather and traditional Varsity Red accents throughout. The full family will be able to fit into a pair too as Jordan Brand is releasing the retro in every size run imaginable. Continue onward for a detailed look at tomorrow’s Jordan 12 release and know that you can secure your size right now on eBay. 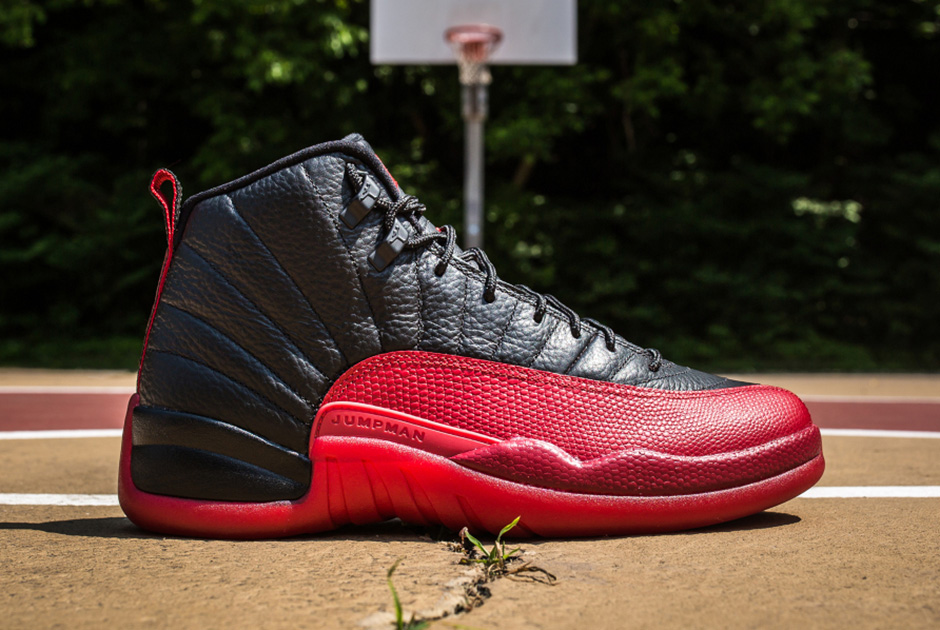 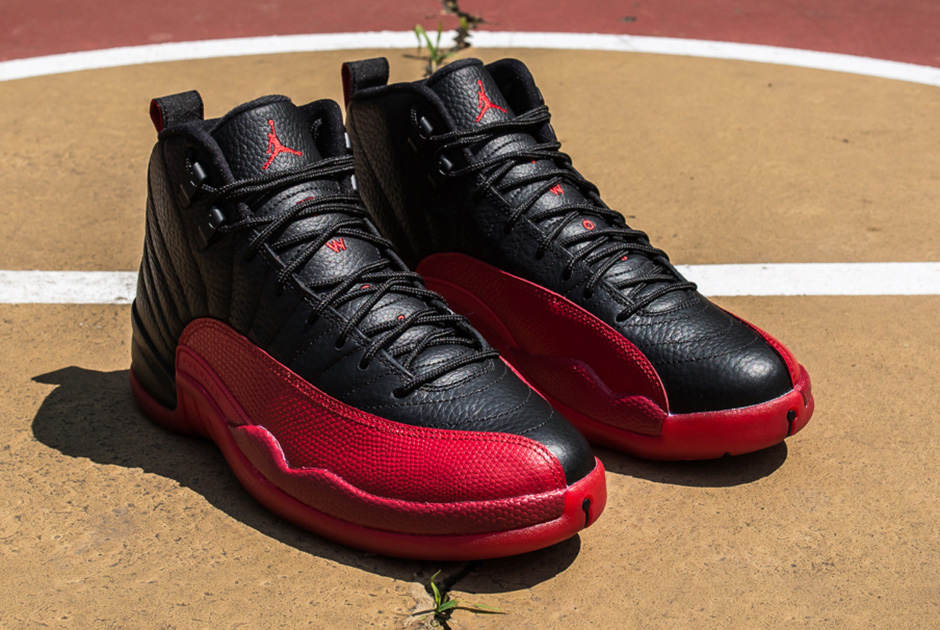 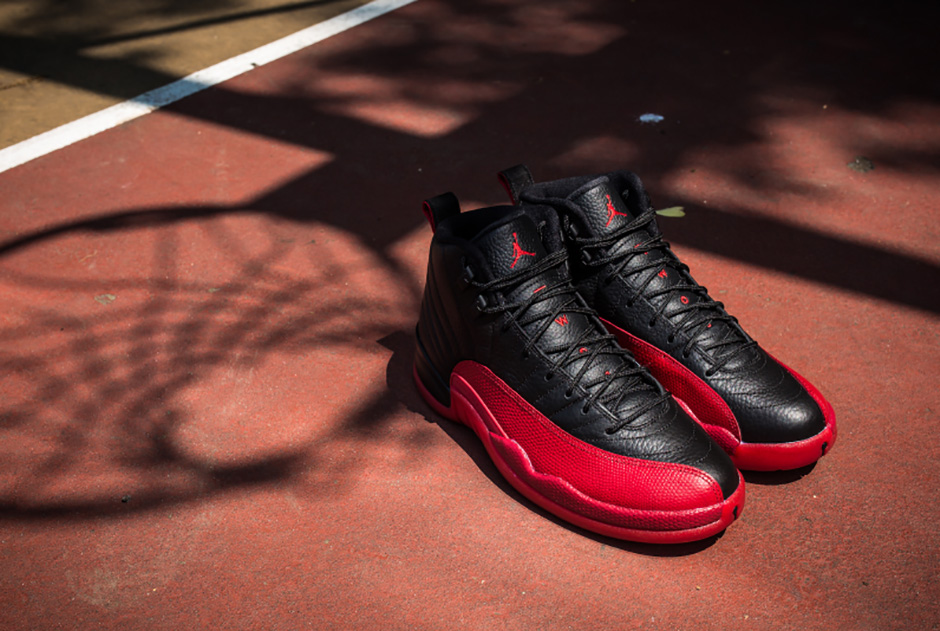 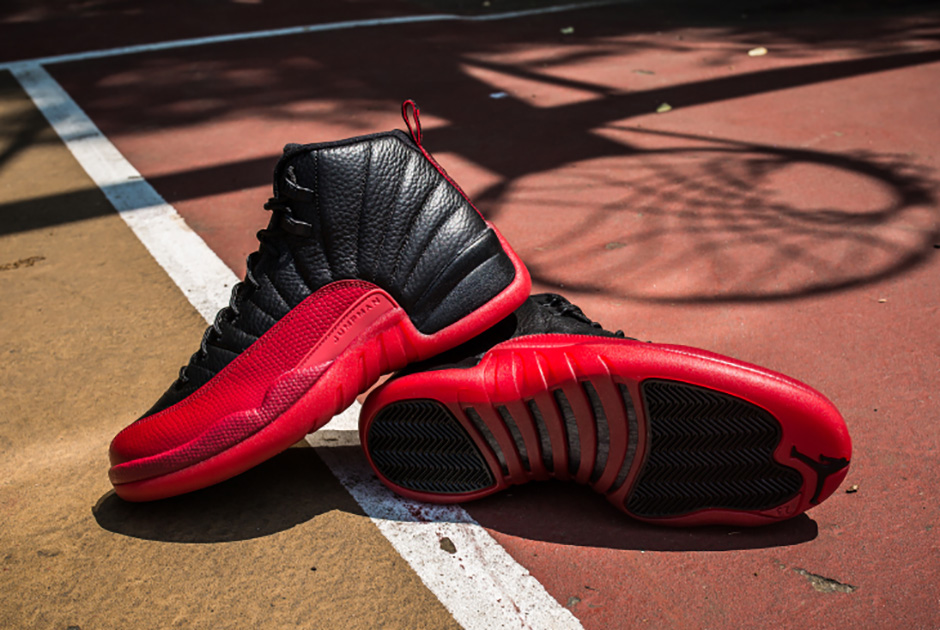 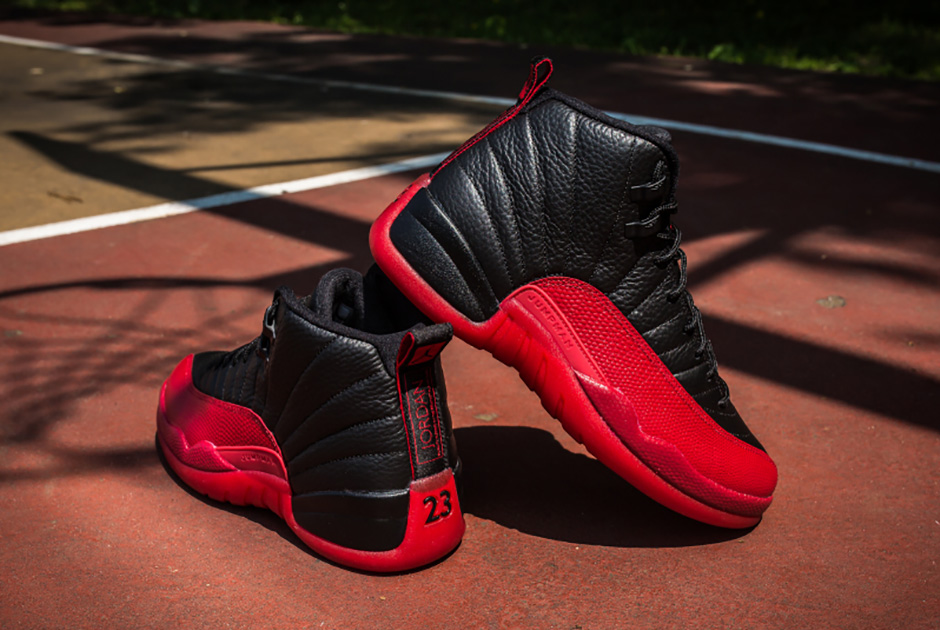 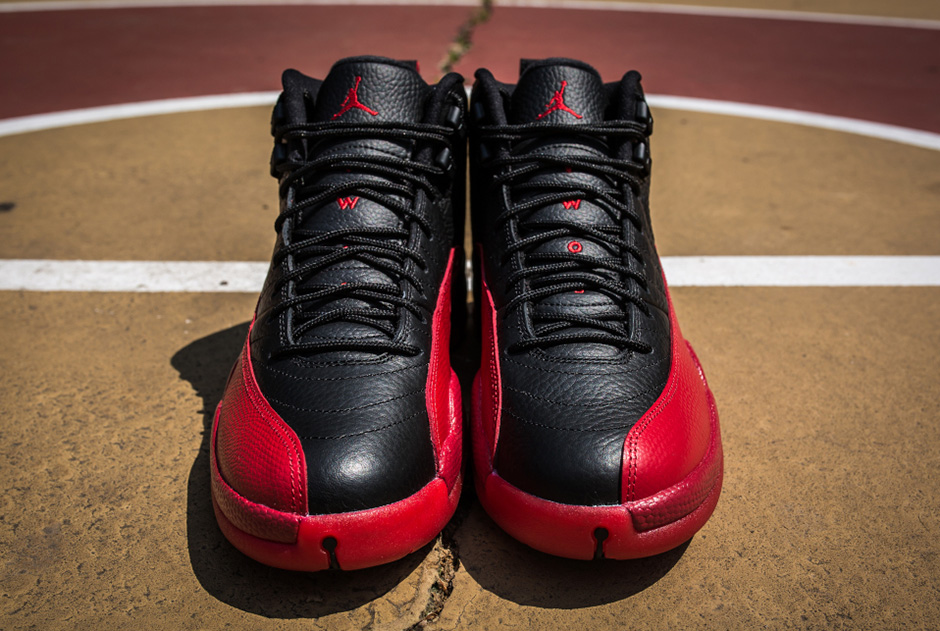 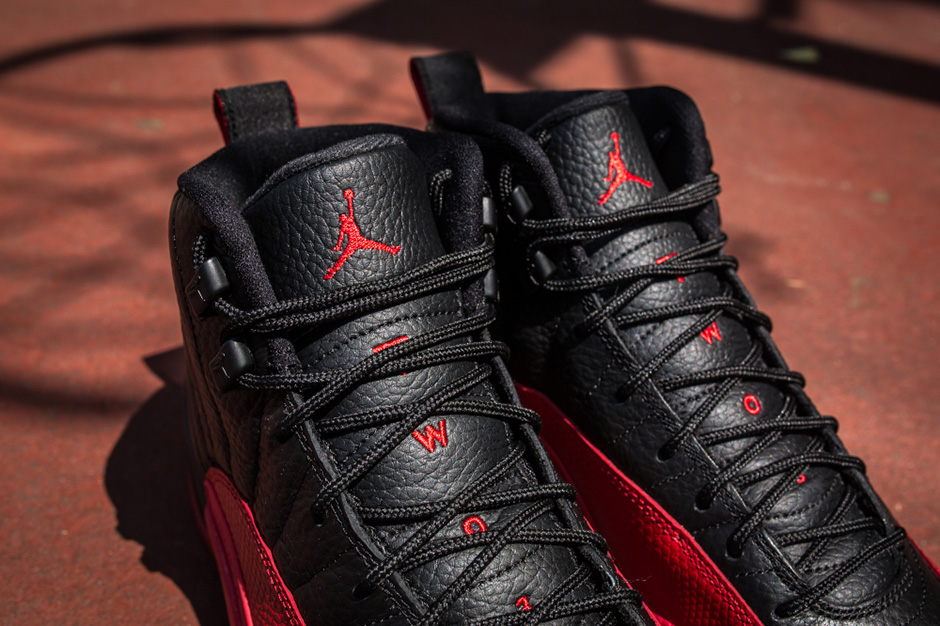 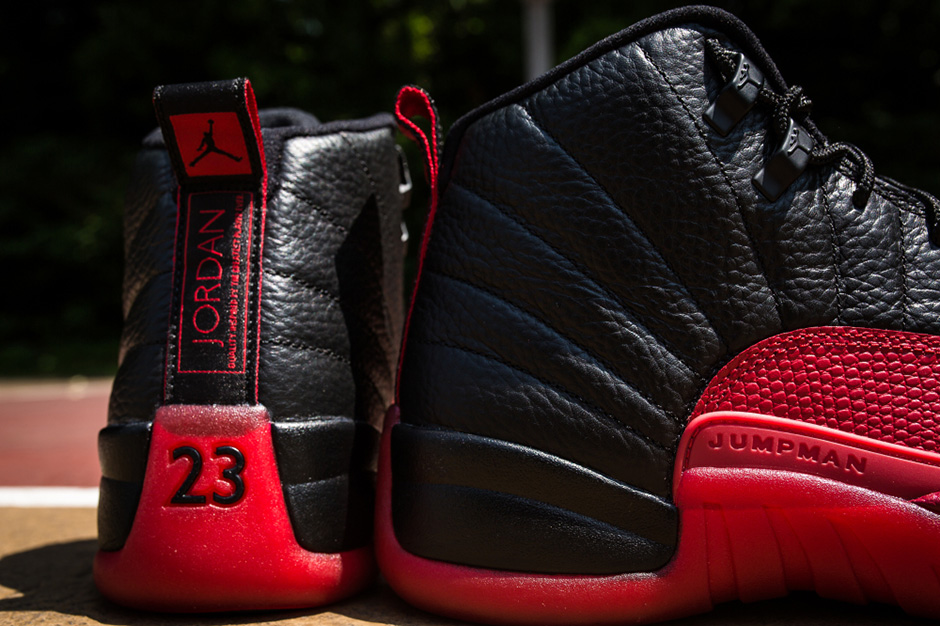 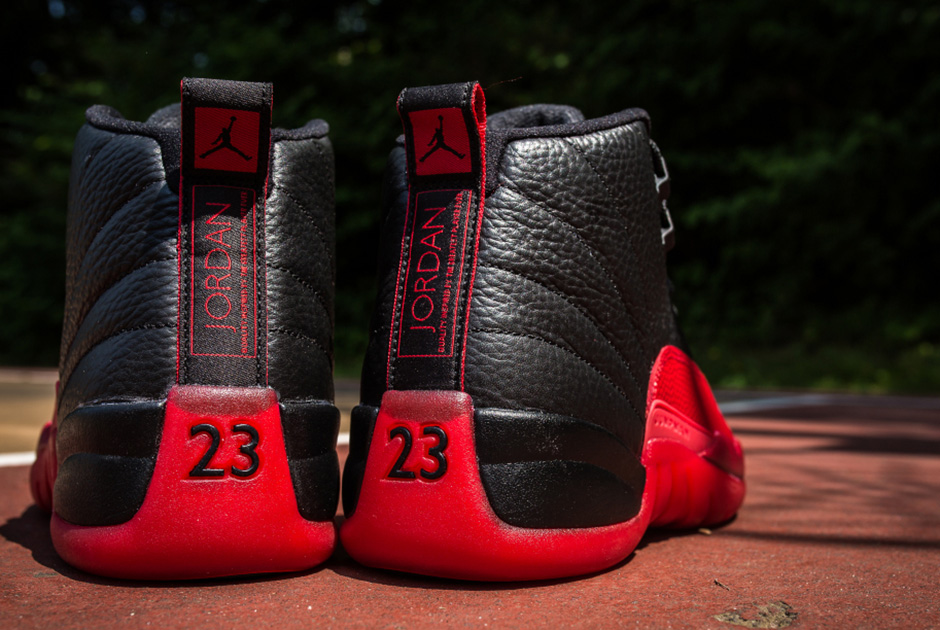 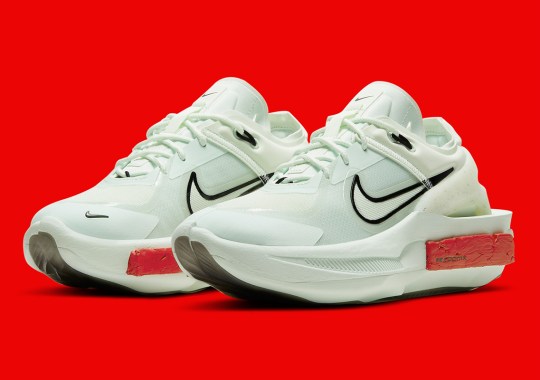 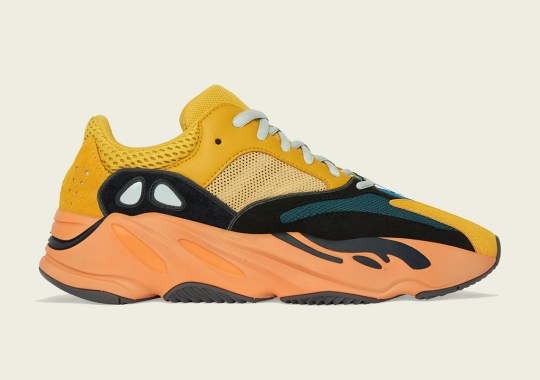