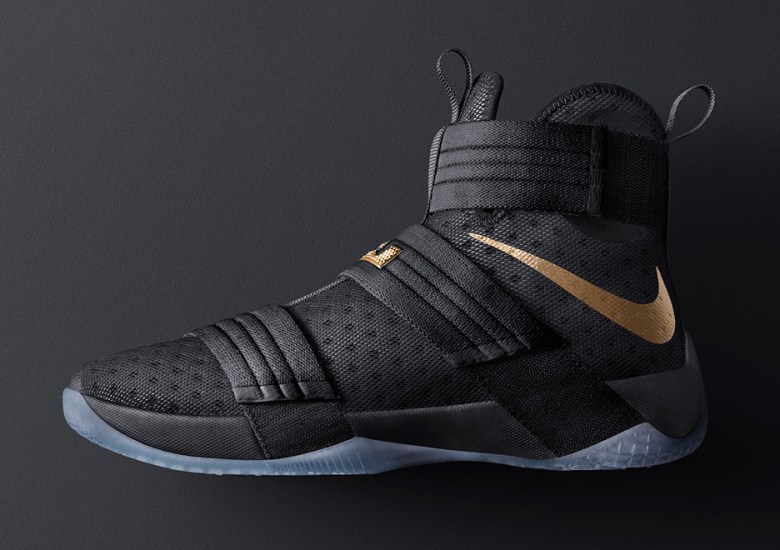 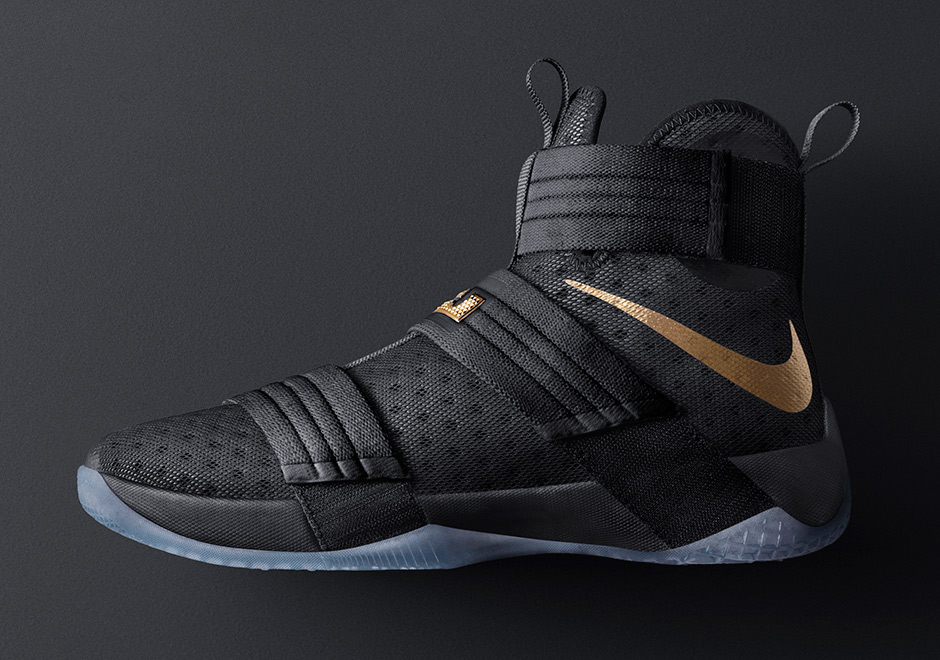 LeBron James debuted the all-new Nike LeBron Soldier 10 during Game 4 of the series. While it appeared that that the Cavaliers were as good as dead, down 3-1 to a dominant Warriors team, LeBron put the team on his back and led the Cavaliers to an improbable comeback and won the city of Cleveland its first sports championship in over half a century. Nike will release the LeBron Soldier 10 on NIKEiD on June 21st in limited quantity, in the black/gold colors that he wore throughout this insane comeback. Check out a detailed look below and cop these on Tuesday.

Update: The LeBron Soldier 10 Championship iD will retail for $180 and launch on NIKEiD at 3PM EDT. 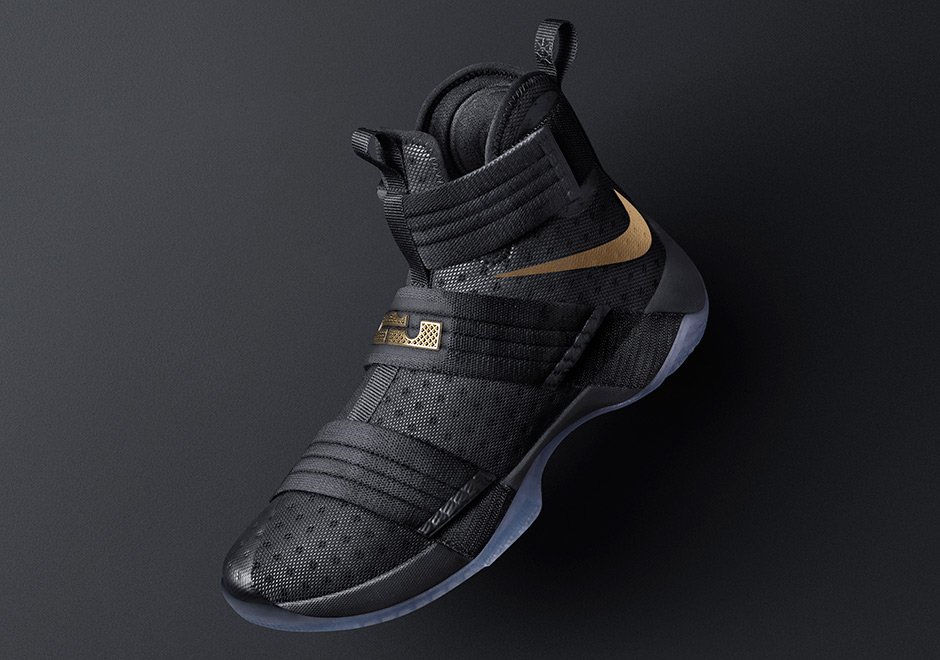