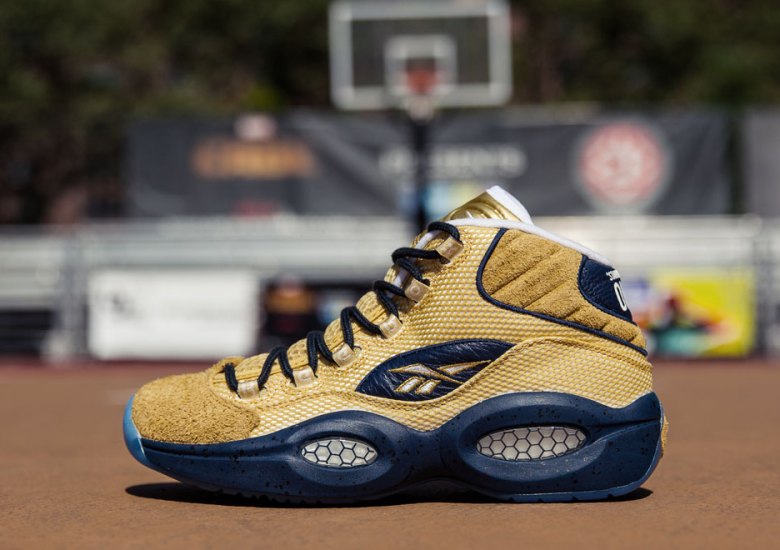 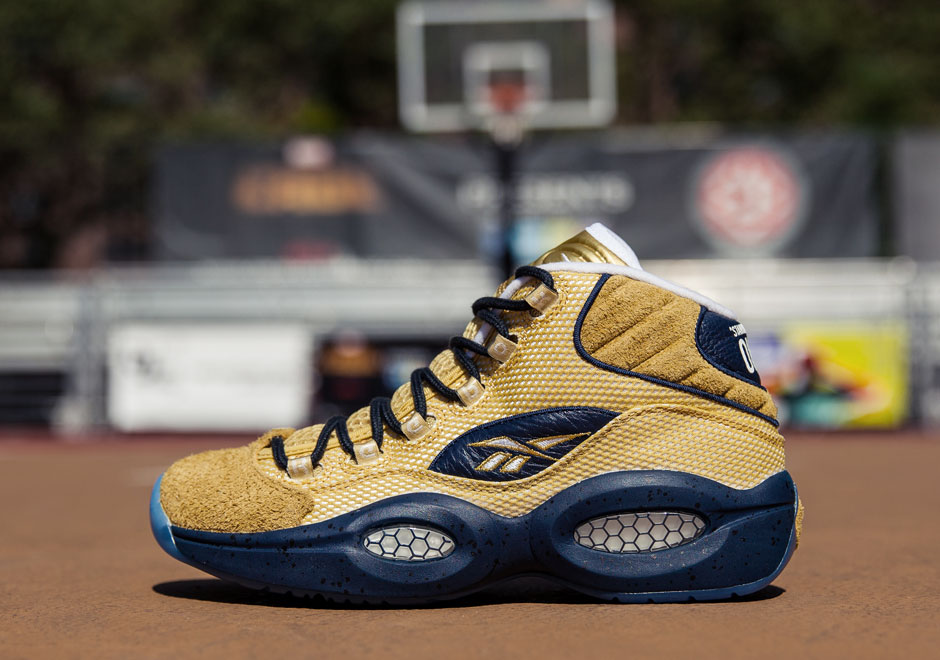 Like many of the great NBA players of the modern age, Allen Iverson also paid his dues at the streetball mecca of Rucker Park in New York City. The legendary Harlem basketball court has seen many future legends stop by for a game throughout the years, and few appearances were more epic than Iverson’s on the summer night of June 18th, 1996 for the Entertainer’s Basketball Classic (EBC). As if the young phenom Iverson wasn’t enough of a draw that night, he also teamed up with fellow up-and-coming point guard superstar Stephon Marbury to display their NBA-ready skills for the over-capacity crowd.

Now Reebok Classic teams up with the EBC program’s founder Greg Marius to remember that historic night in New York City hoops history with the EBC x Reebok Question Mid. The next release for the Question’s 20th anniversary, the shoe features a color scheme inspired by the uniforms The Answer and Starbury wore that evening, built with an upper in jersey mesh and hairy suede in gold and full-grain leather in navy. “Standing Room Only” is printed on each heel, referencing the overfilled bleachers that resulted in the crowd even toeing the baselines to watch the young superstars ball. 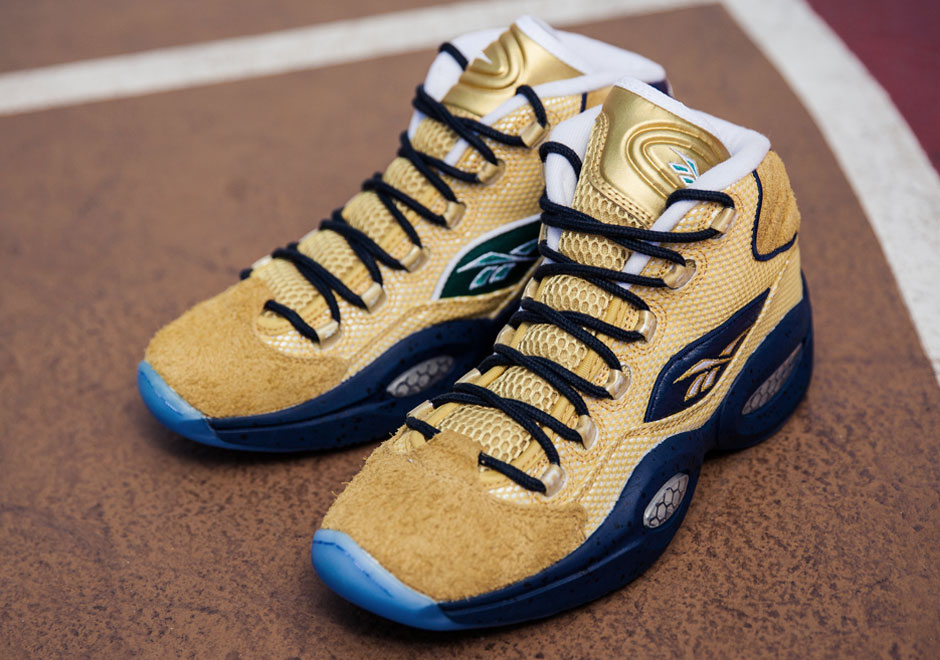 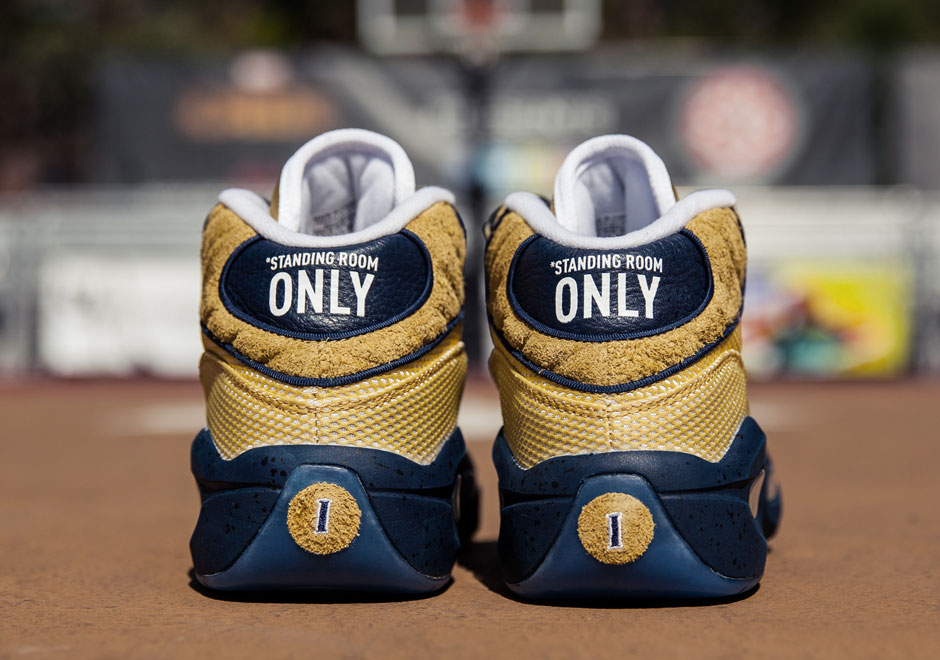 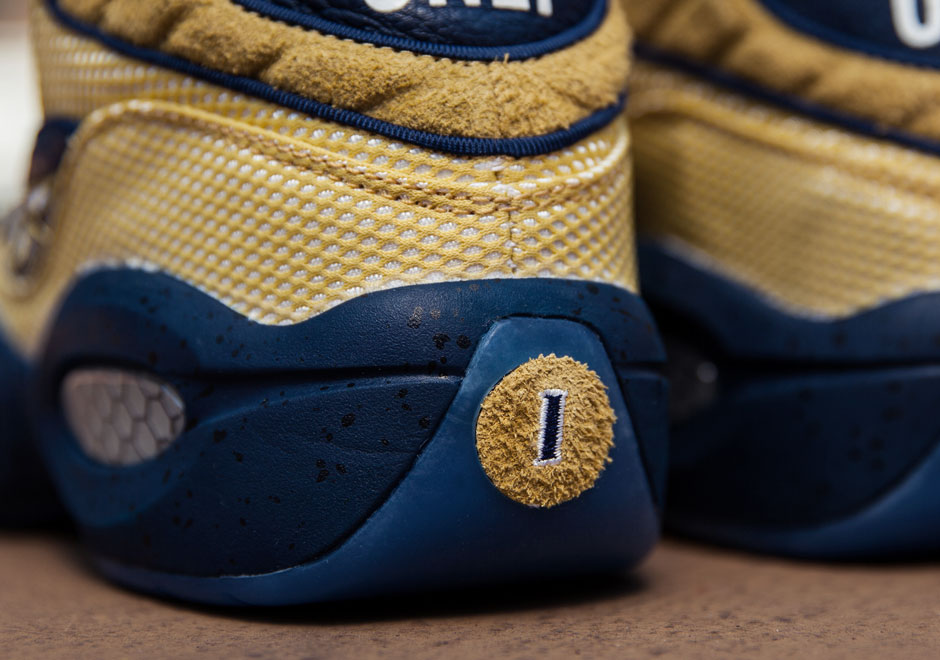