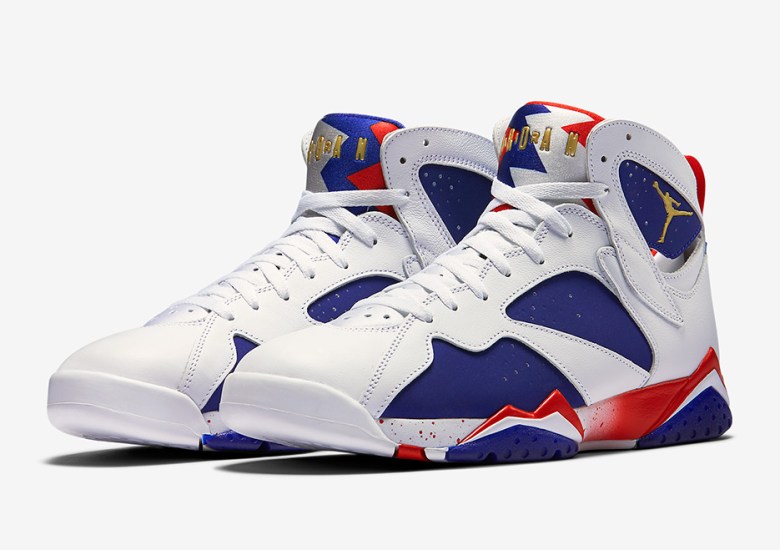 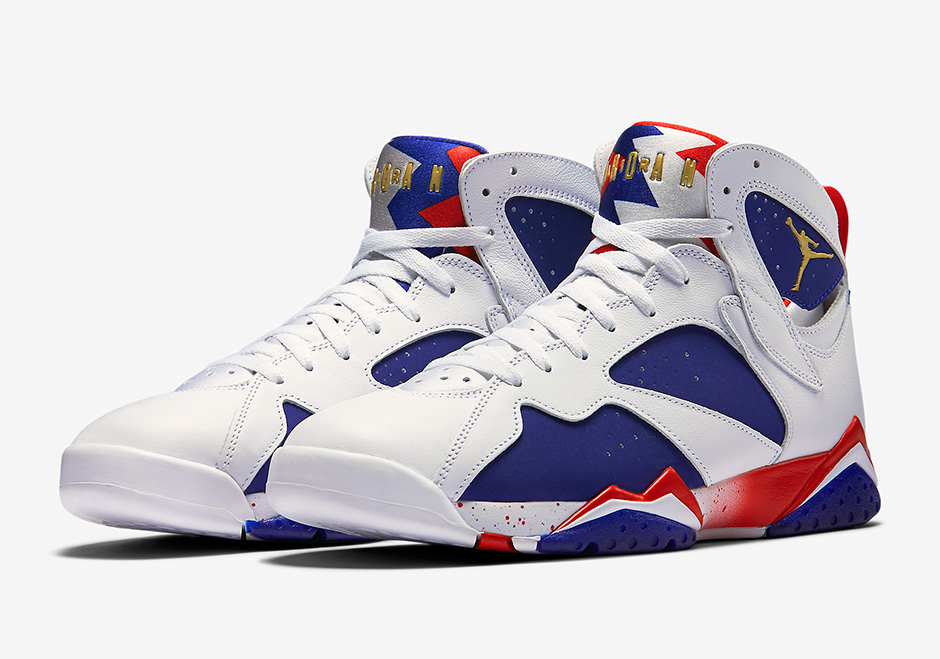 The “Alternate” concept that we first saw on the Air Jordan 4 is back again, this time in Olympic form. For another “what if?” colorway, the Air Jordan 7 “Olympic” is presented in an alternate colorway, that’s been reported as being an actual colorway Tinker Hatfield sketched up when creating Michael’s Dream Team version of the shoe we all know and love. Previewed numerous times throughout the summer, we finally get a look at the official images straight from Nike of the patriotic colorway that will be releasing just in time for this summer’s Olympic games on August 6th. Will you be picking up a pair, or sticking with the standard “Olympic” Air Jordan 7? Get a good look here to help you decide, and find them at Jordan Brand retailers next Saturday in a full family size run. 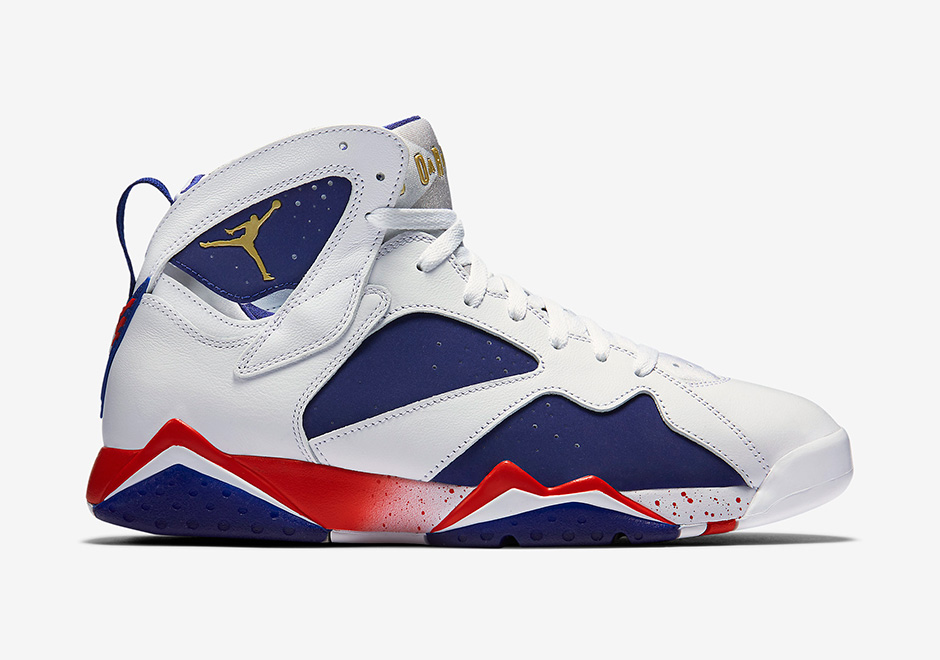 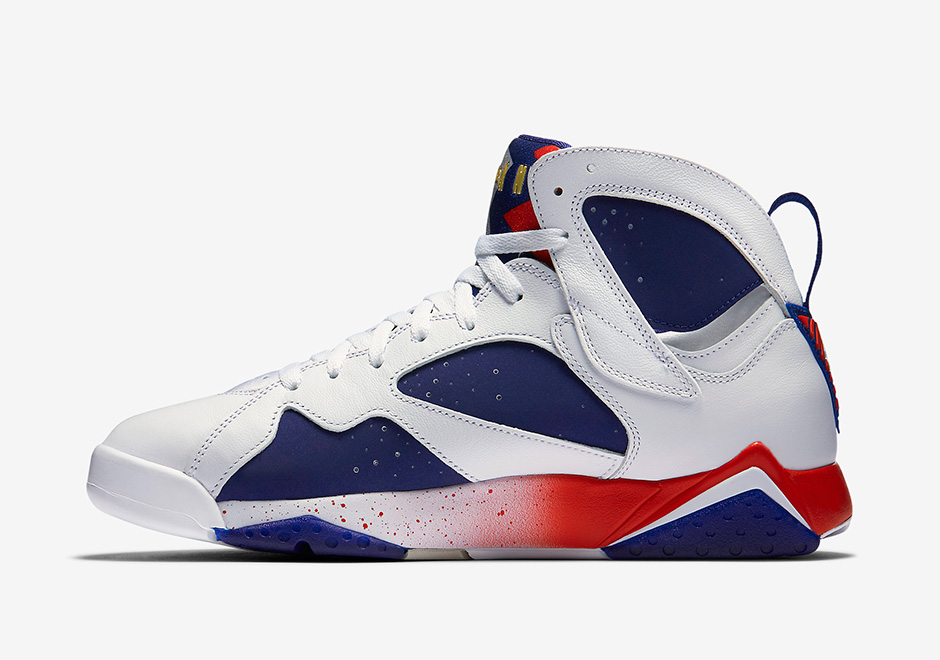 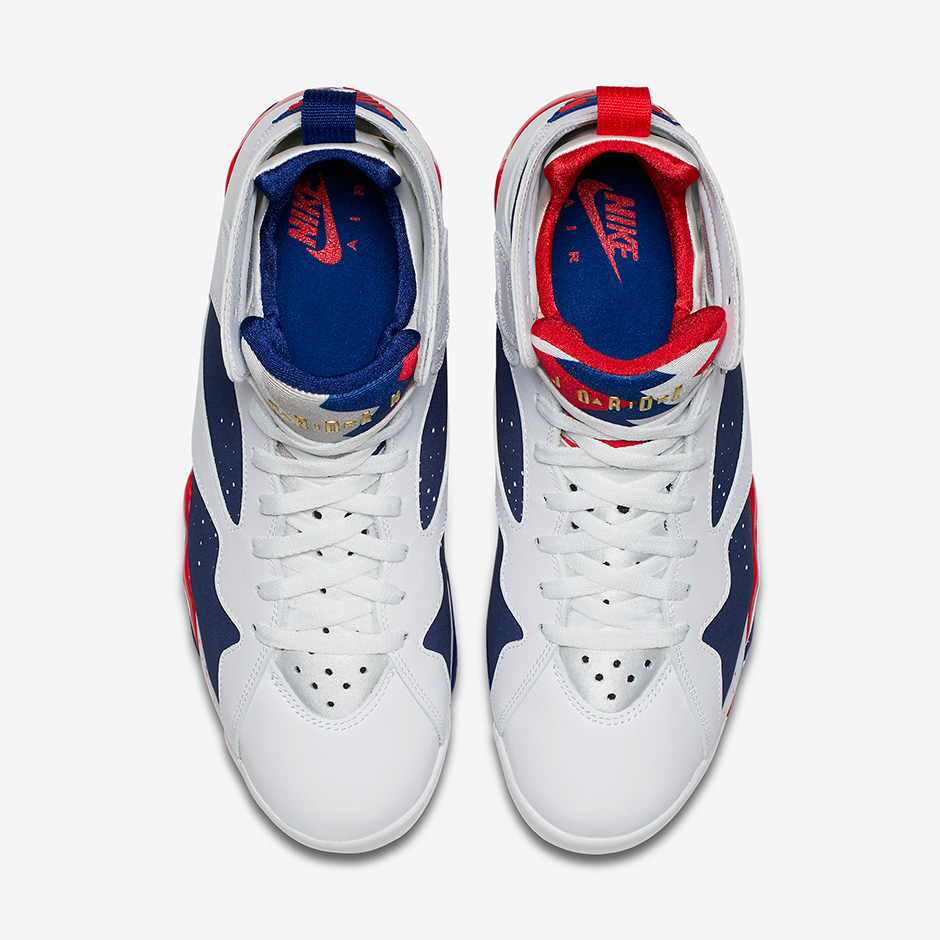 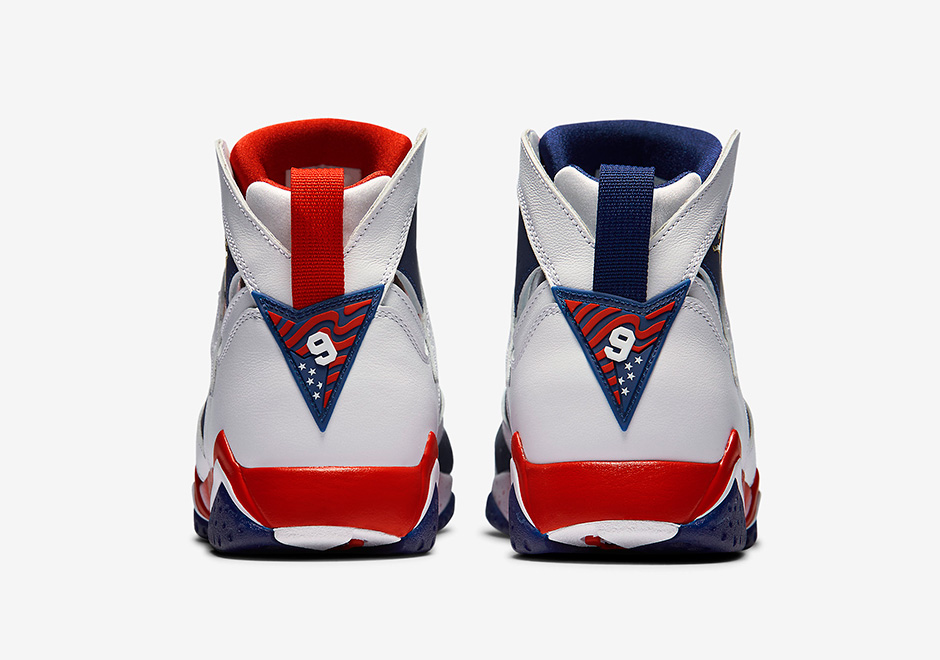 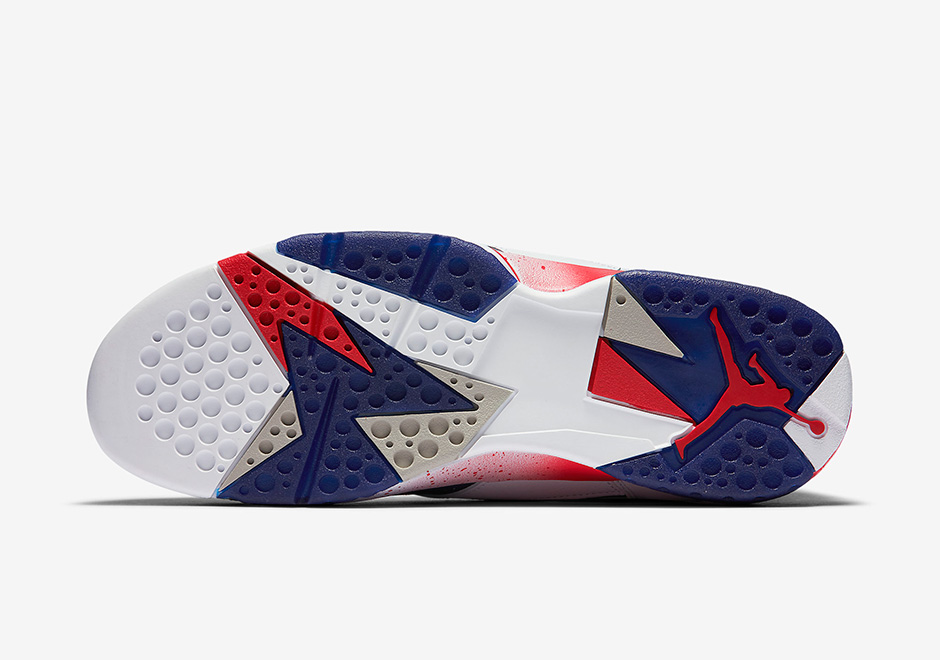