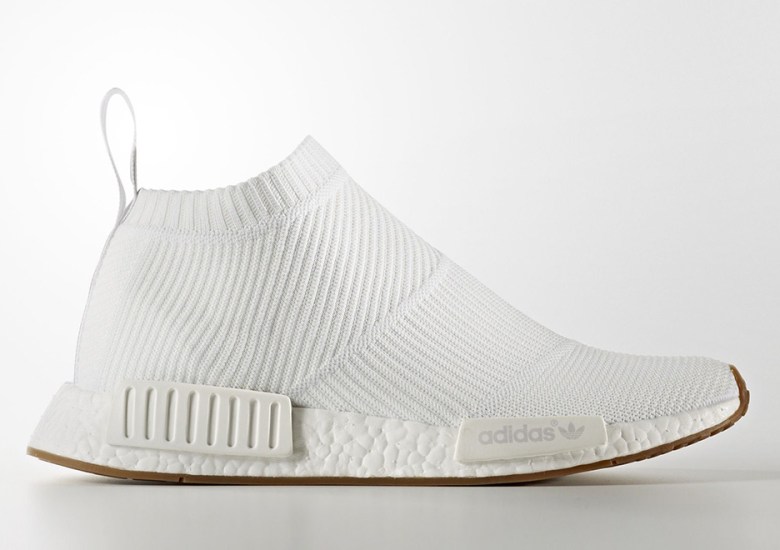 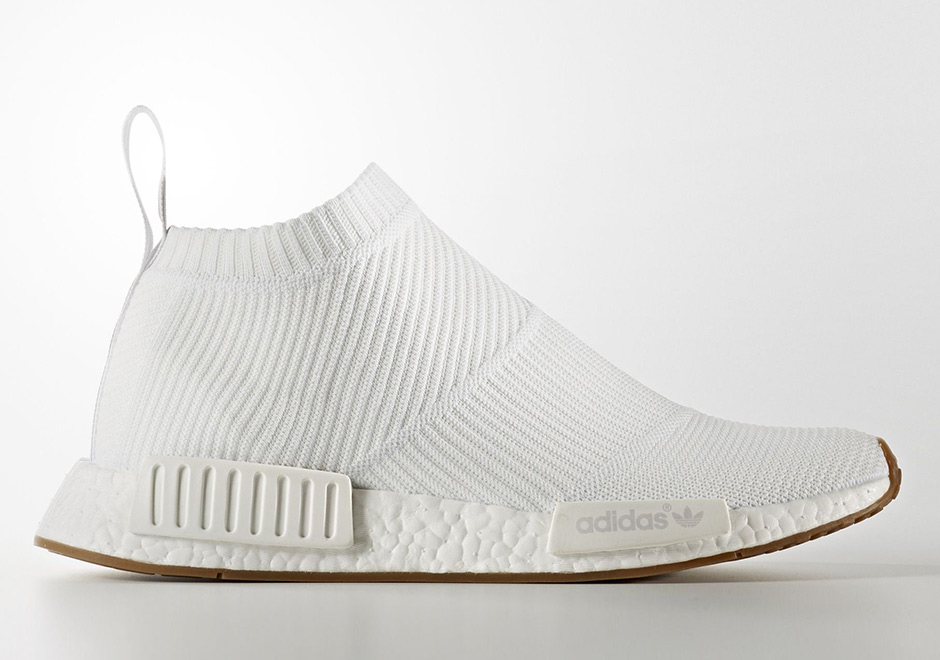 With all of the madness surrounding the adidas NMD right now, it’s easy to forget about the imprint’s mid-top counterpart, the adidas NMD City Sock. Fans of the silhouette know how comfortable the model is thanks to the combination of a high-arching Primeknit upper and the patented Boost cushioning system. While you probably shouldn’t go for a run in the casually inclined NMD City Sock even with its roots in the three stripe’s running technology, the lifestyle creation has plenty to offer for everyday use.

After a simple Black/White colorway was announced earlier this month, the adidas NMD City Sock continues to keep things simple with this timeless combination of White/Gum. The clean combination pairs a Footwear White upper with a contrasting heel tab that reads ‘The Brand With The Three Stripes’ in black in multiple languages. The rubberized outsole unit adds a classic gum bottom to the mix for the first time. What do you think of the combination? 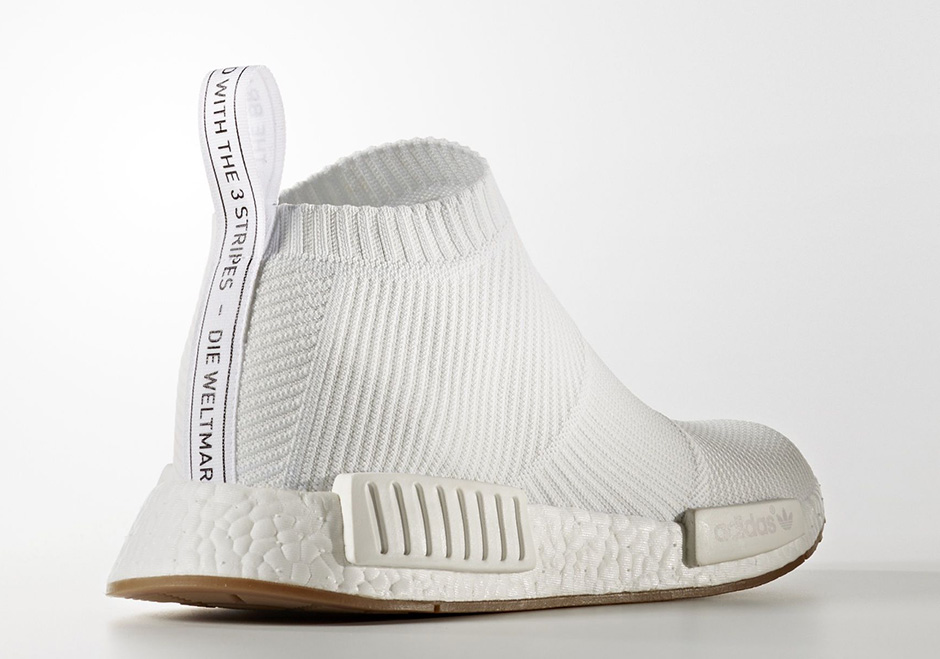 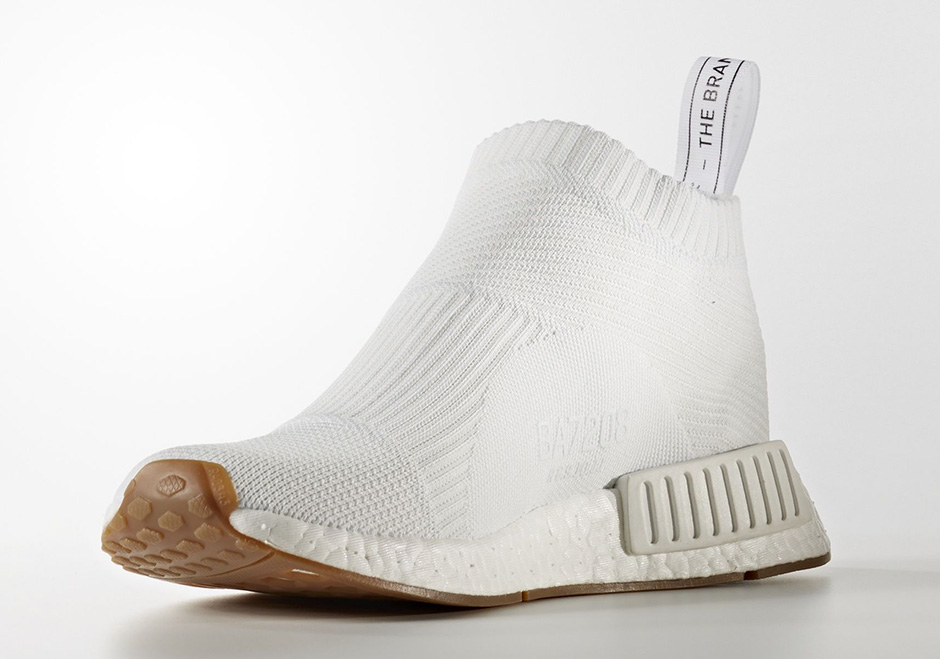 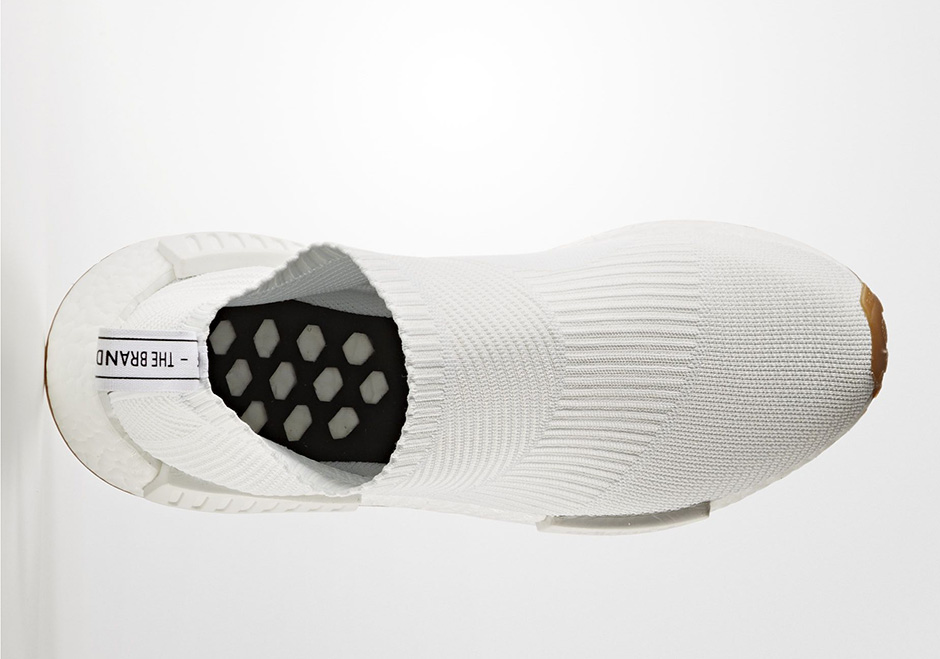 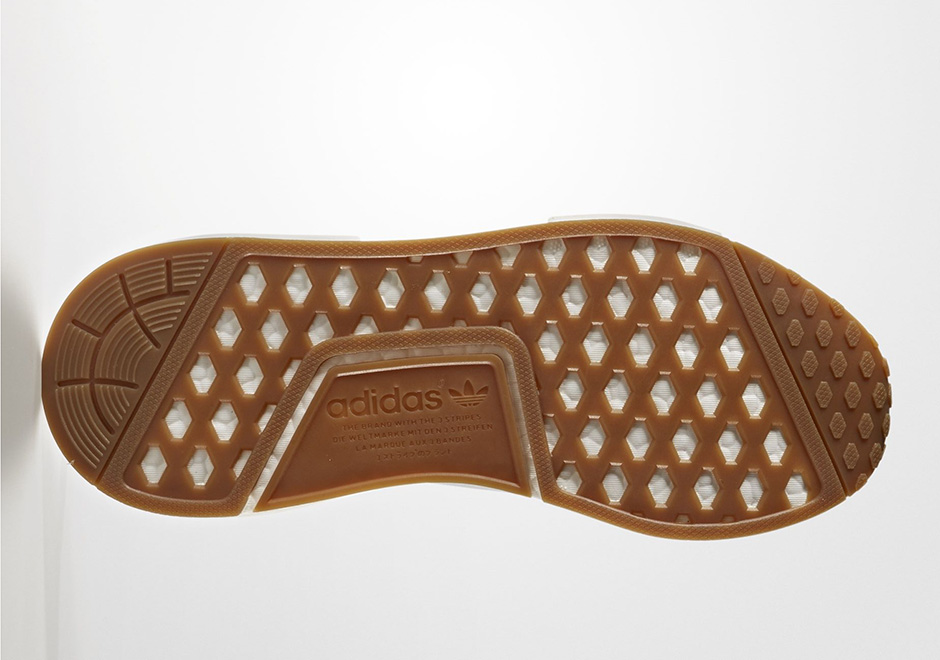