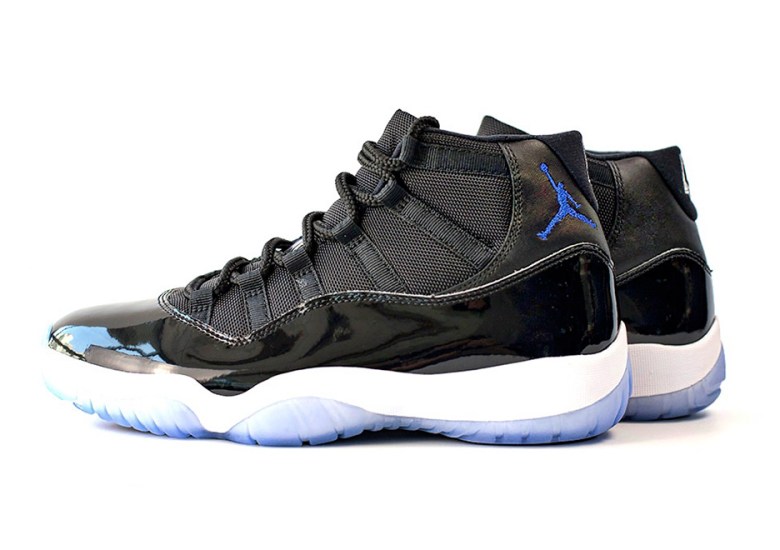 The Return Of The Air Jordan 11 Retro “Space Jam” 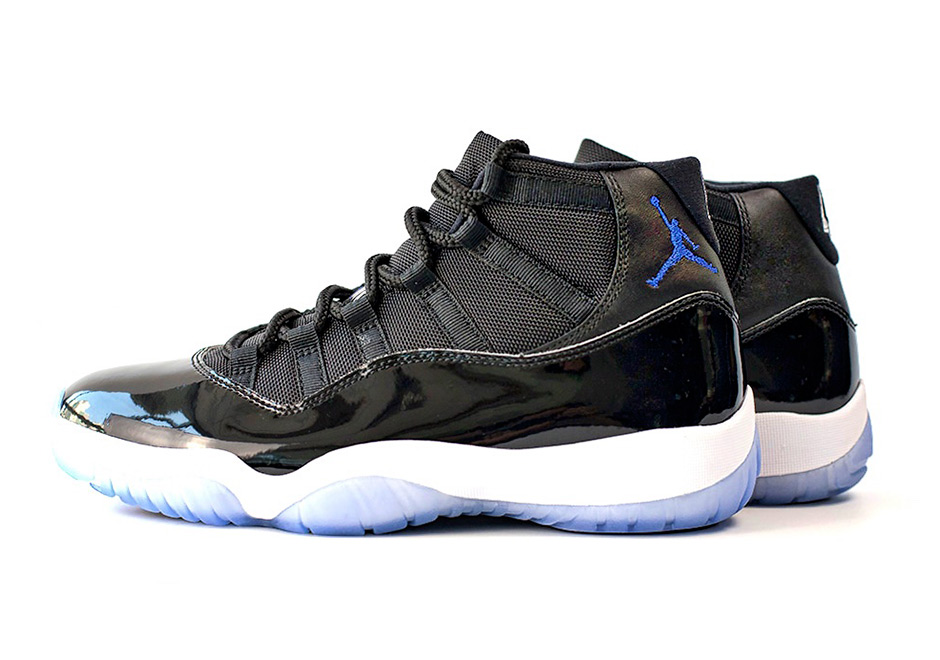 This December 10th marks the return of the Space Jam Jordan 11. The shoe was made famous by Michael Jordan and his Space Jam film, but even the most casual of MJ fans know that he wore these during the 1995 Playoffs against Shaq, Penny, and the Orlando Magic. Jordan prematurely broke out the Air Jordan 11 (much to Tinker Hatfield’s chagrin) in the Concord colorway during that Playoff series, but soon switched to this all-black version to adhere to NBA uniform regulations.

The 2016 Space Jam 11 are much different from the 2009 Retro for several reasons. For one, it features the original 45 on the heel rather than 23, and the shape and dimensions of the patent leather mudguard resembles the originals from 1996.

The Space Jam Jordan 11 shoes release on December 10th in full family sizes, from adult offerings all the way down to crib sizes.

This is not the full list of retailers but Nike, Finishline and Footlocker will have the most pairs available. And if all else fails try eBay or Stadium Goods. 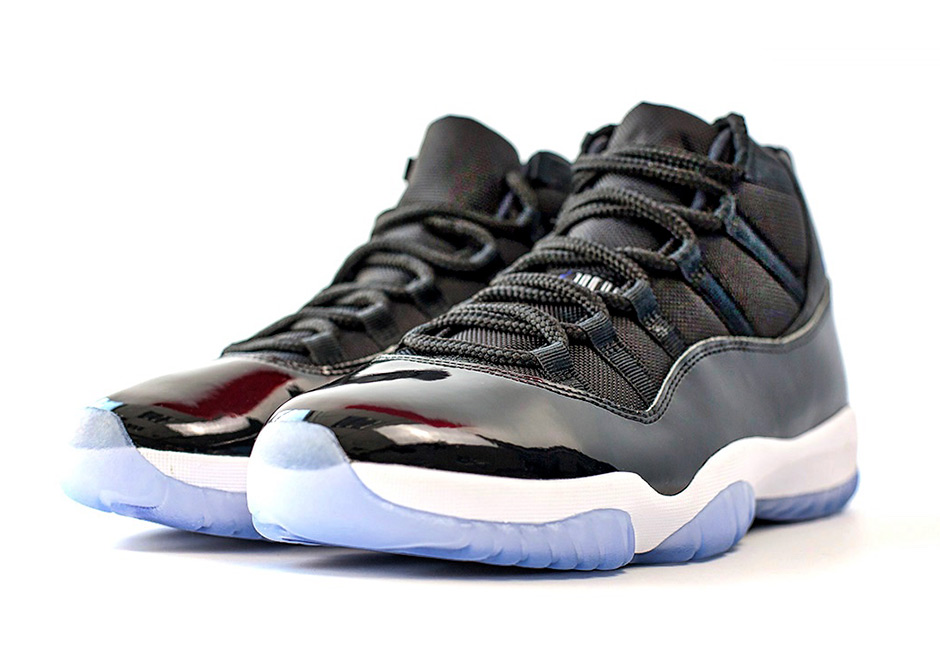 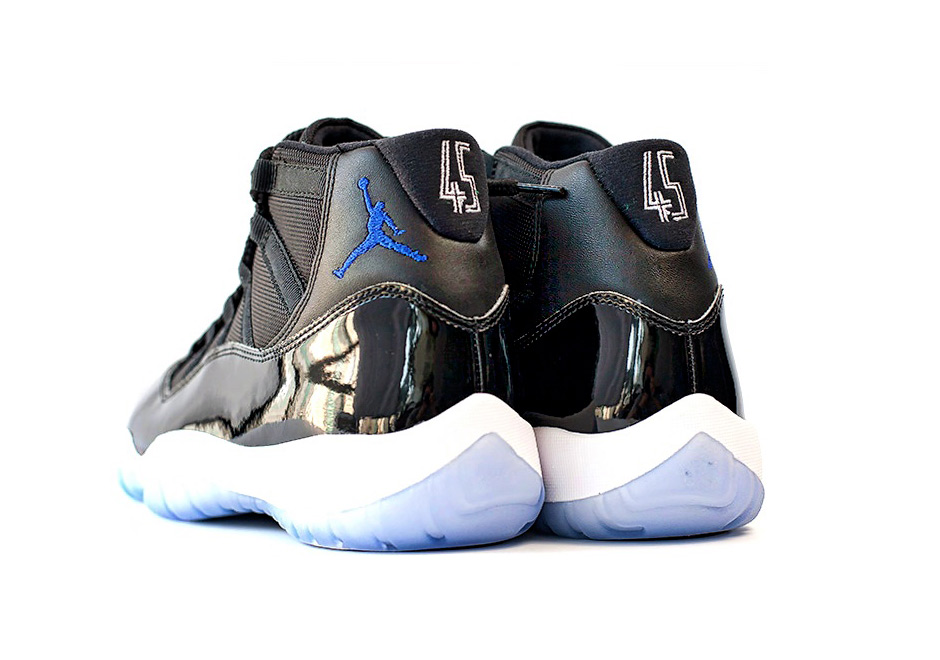 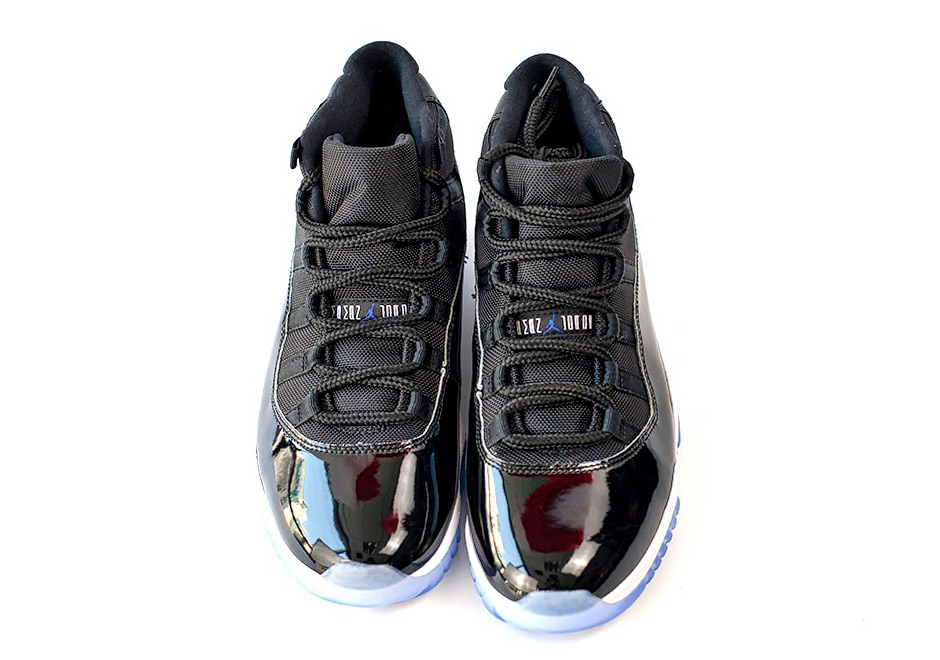 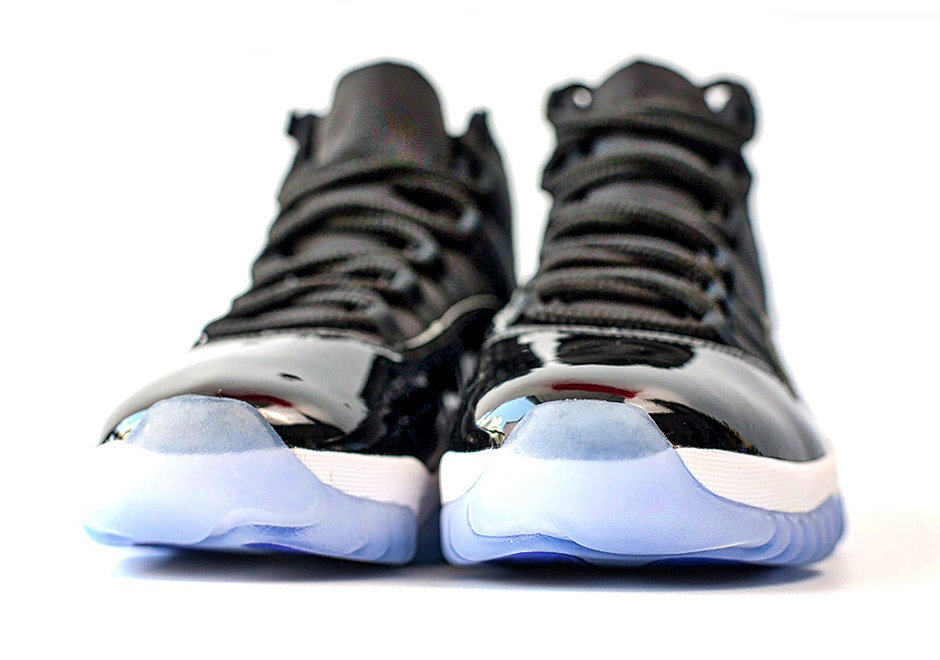 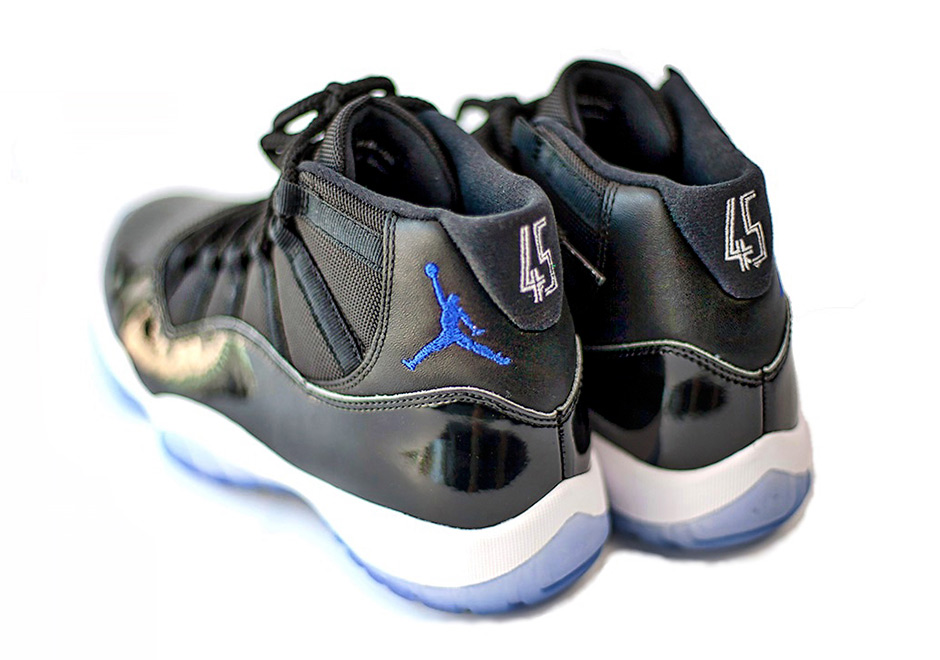 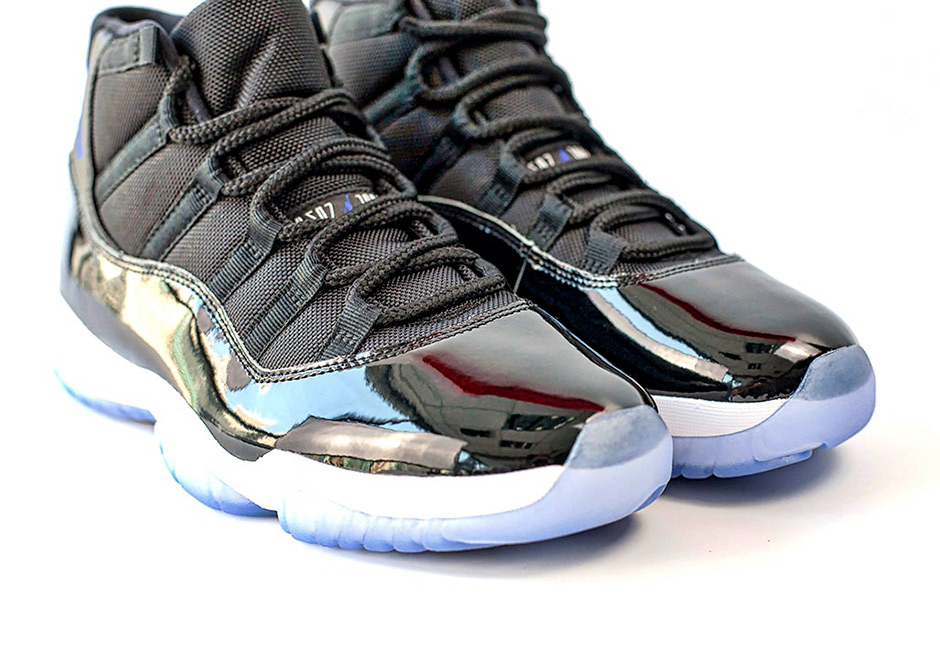 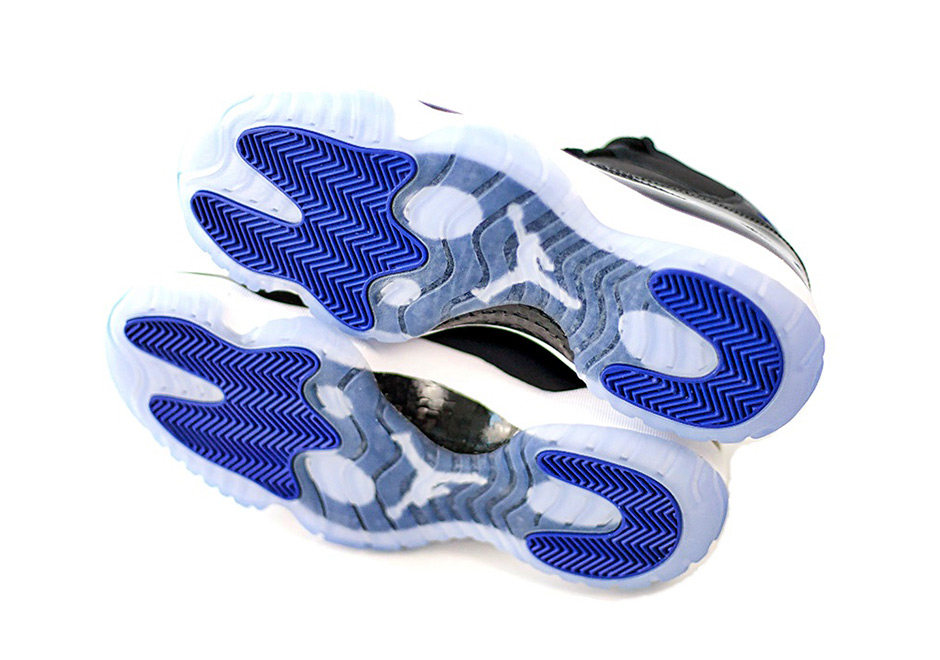 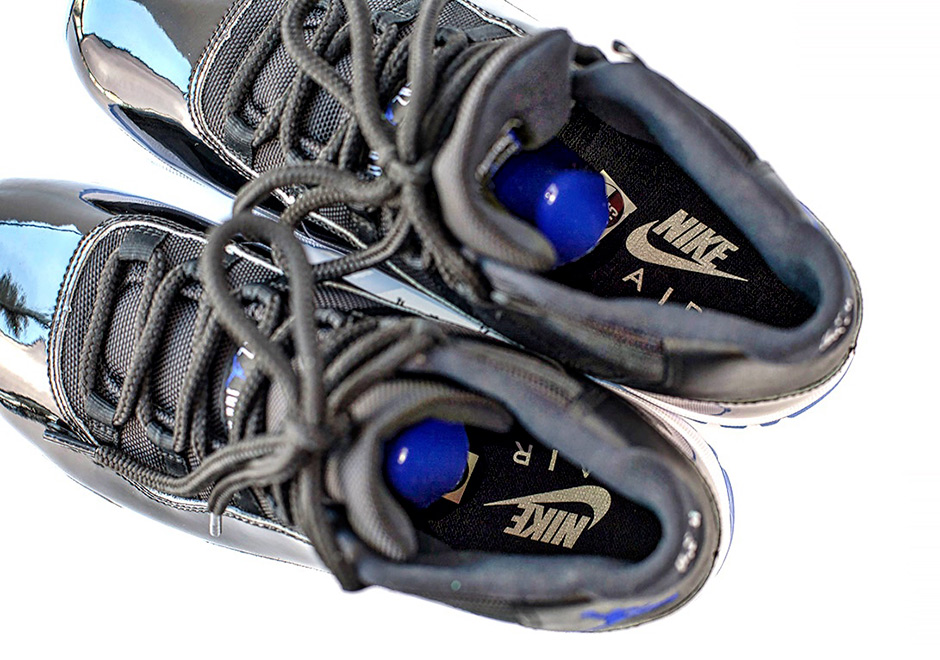 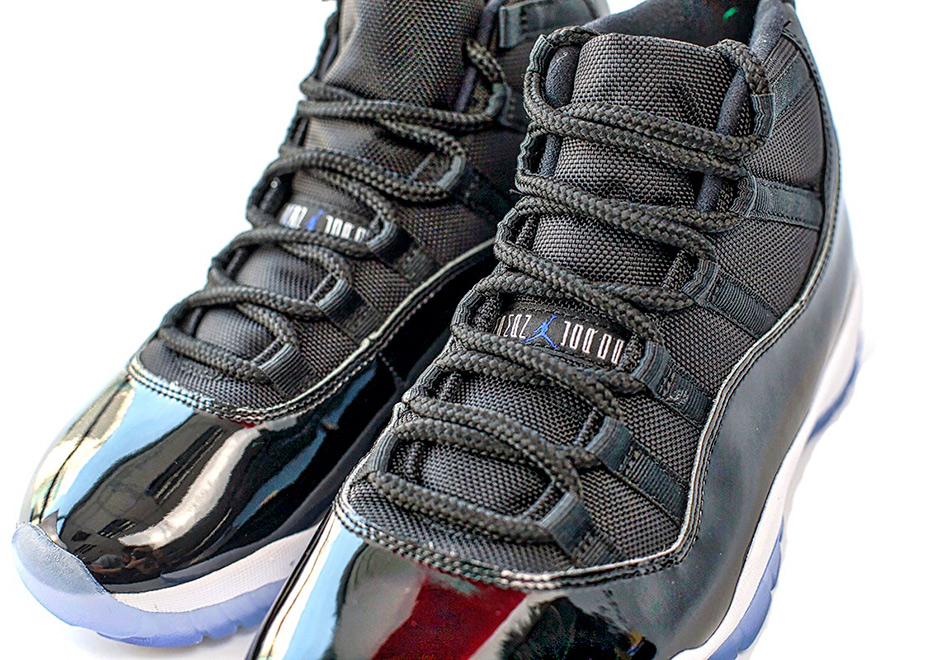