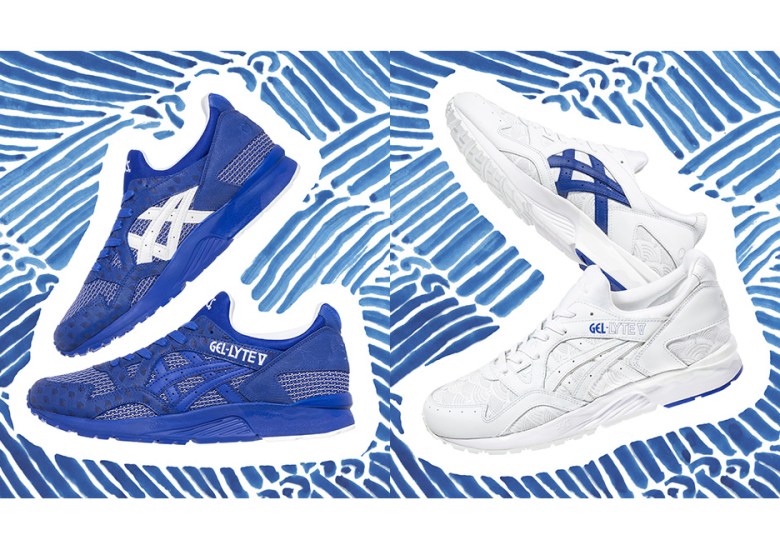 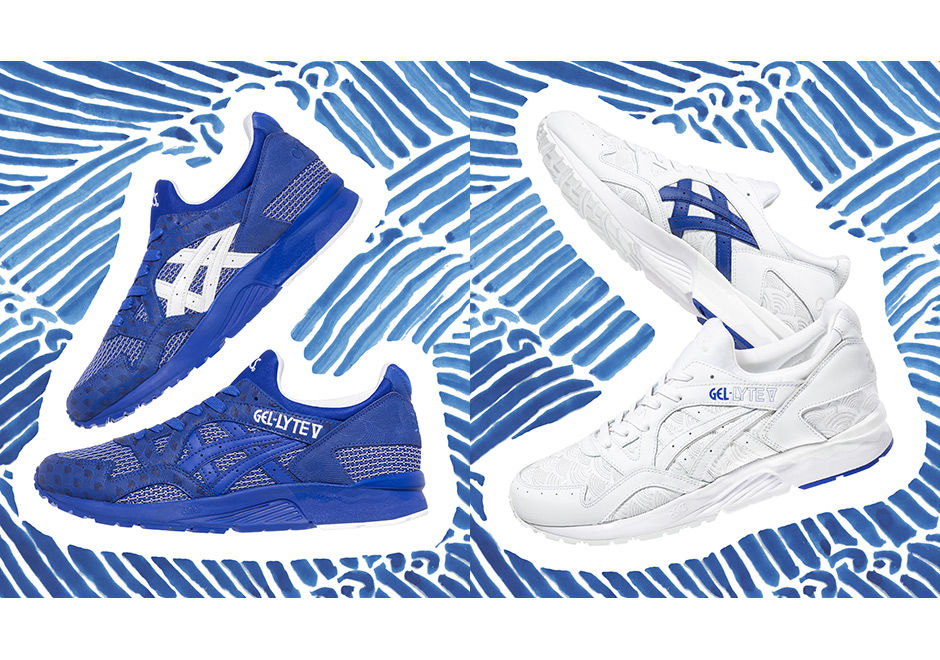 ASICS teams up with French sneaker shop colette for a two-colorway collection of the GEL-Lyte V for this year’s Japan Fashion Week in Tokyo. Inspired by the yukata, a traditional Japanese kimono that translates literally to “bathing robe”, the duo of GEL-Lyte V’s come in colette’s recognizable blue and white color palette with each pair featured predominantly in one of the colors. Both highlighted by Japanese inspired graphic motifs, the blue version features a printed leather upper with two-tone mesh, while the white colorway sports an elegant embroidered leather upper. Each colorway also includes contrasting medial side stripes, embroidered colette and ASICS logos on the heel and two pairs of waxed laces.

An edition of only 150 pairs of the blue colorway will be available exclusively at colette in Paris and United Arrows & Sons in Tokyo on Saturday October 22. The white colorway will also be available alongside the exclusive launch of the blue pairs, and then at select ASICS retailers worldwide on October 29th (more than 150 pairs of the white version will be released). 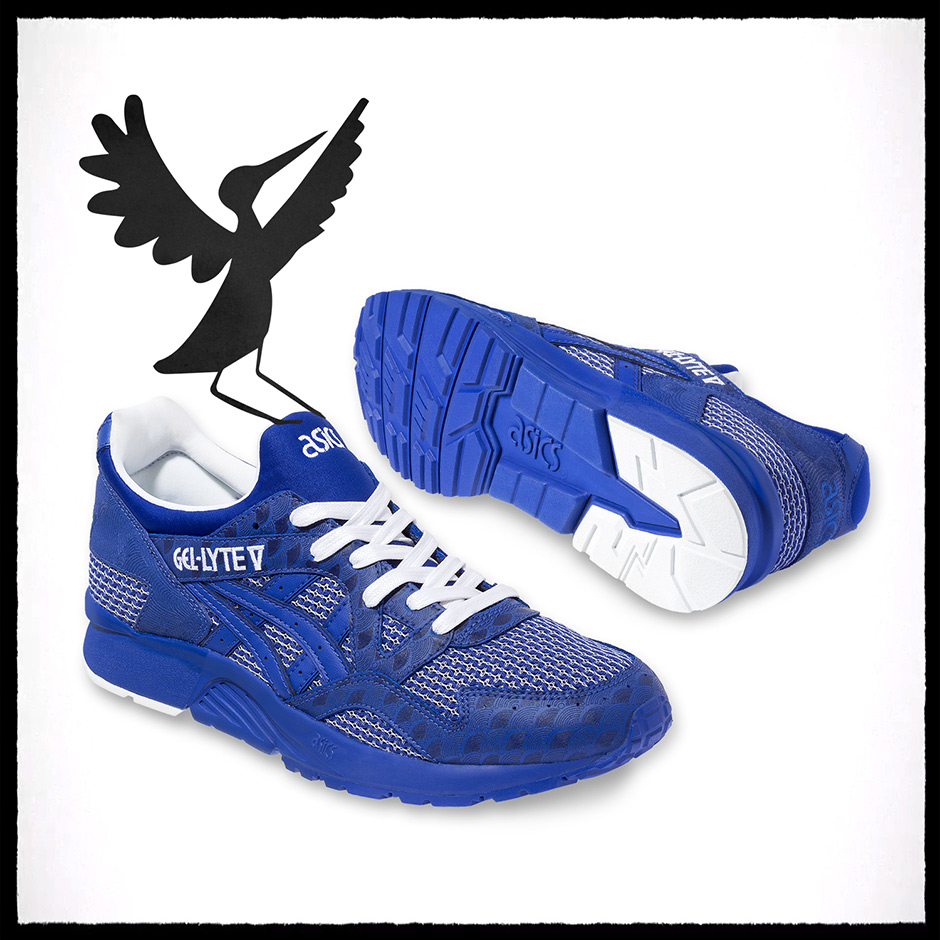 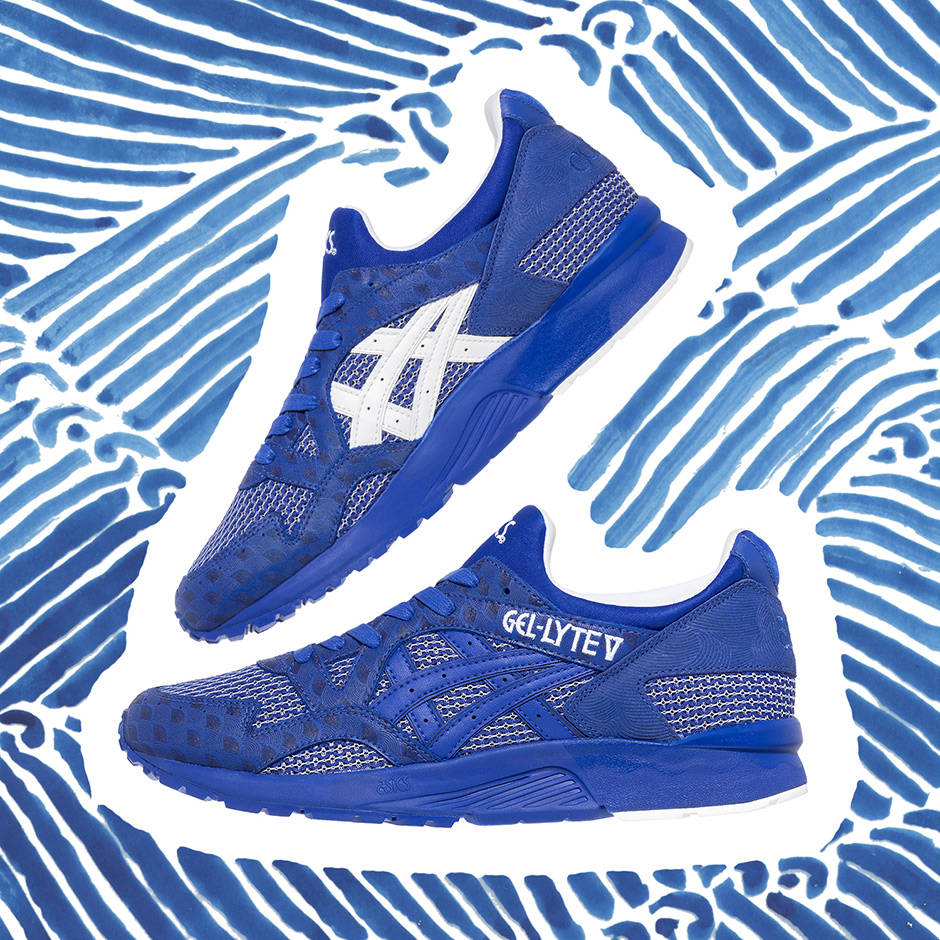 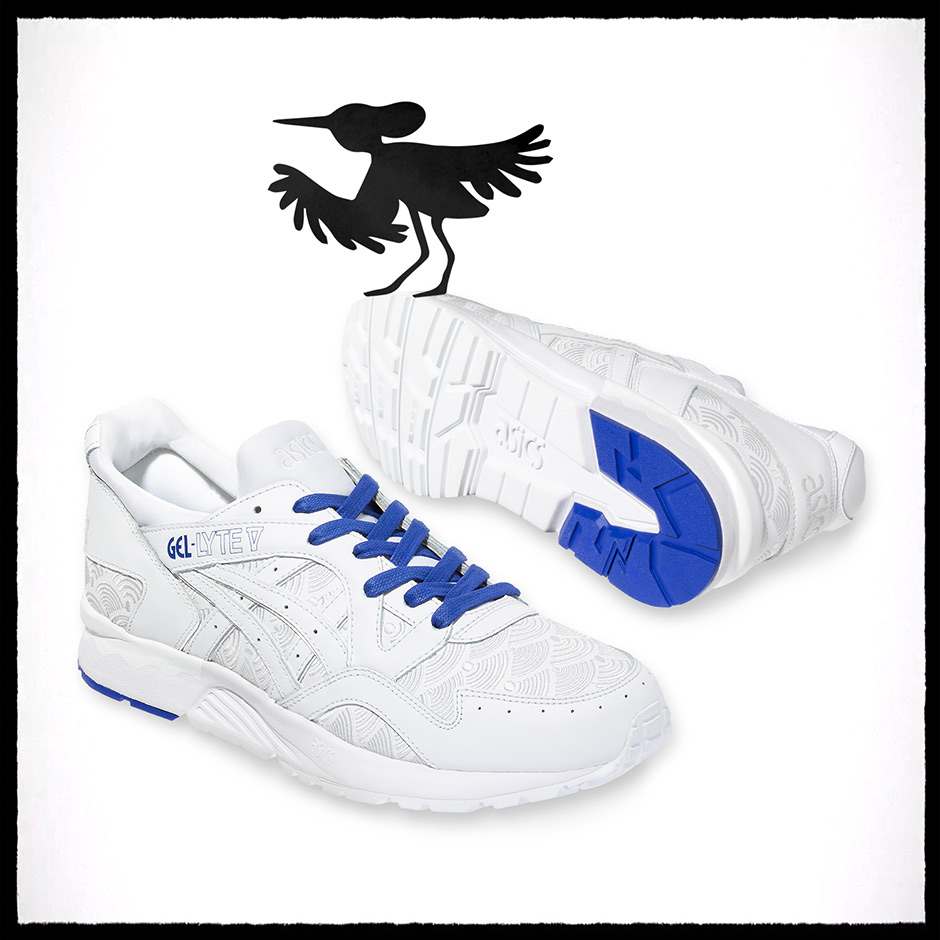 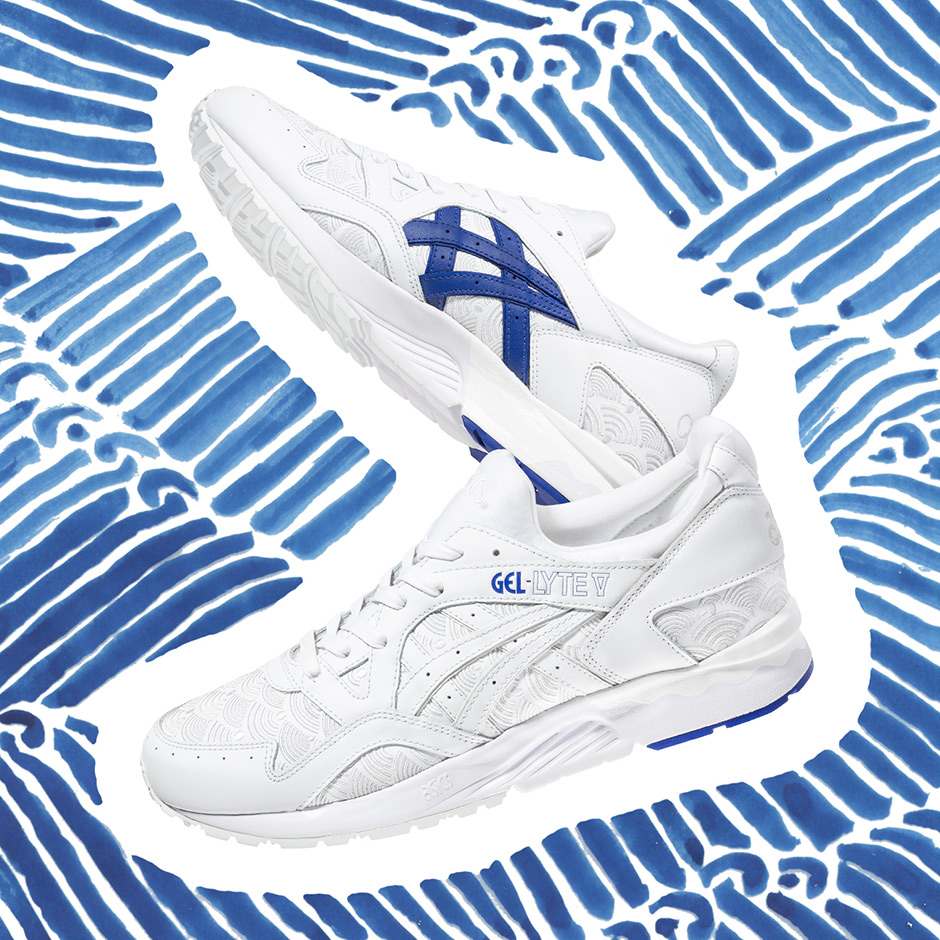