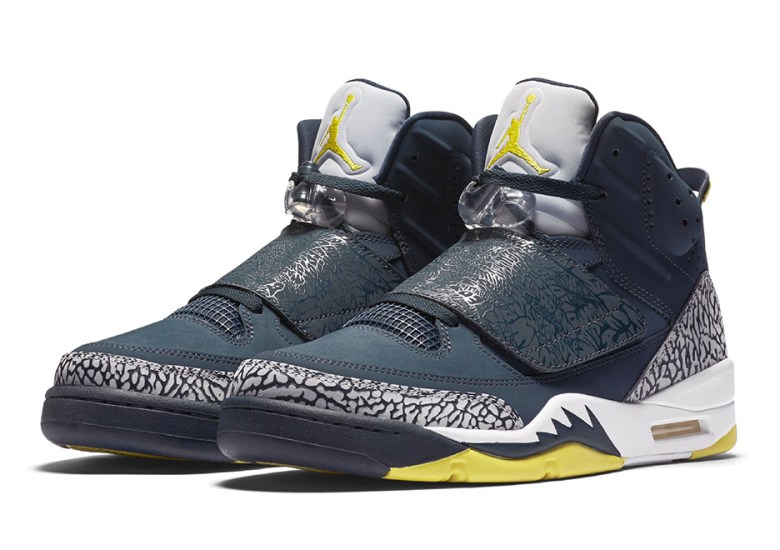 The Jordan Son Of Mars Returns In 2017 In Pacers Colors 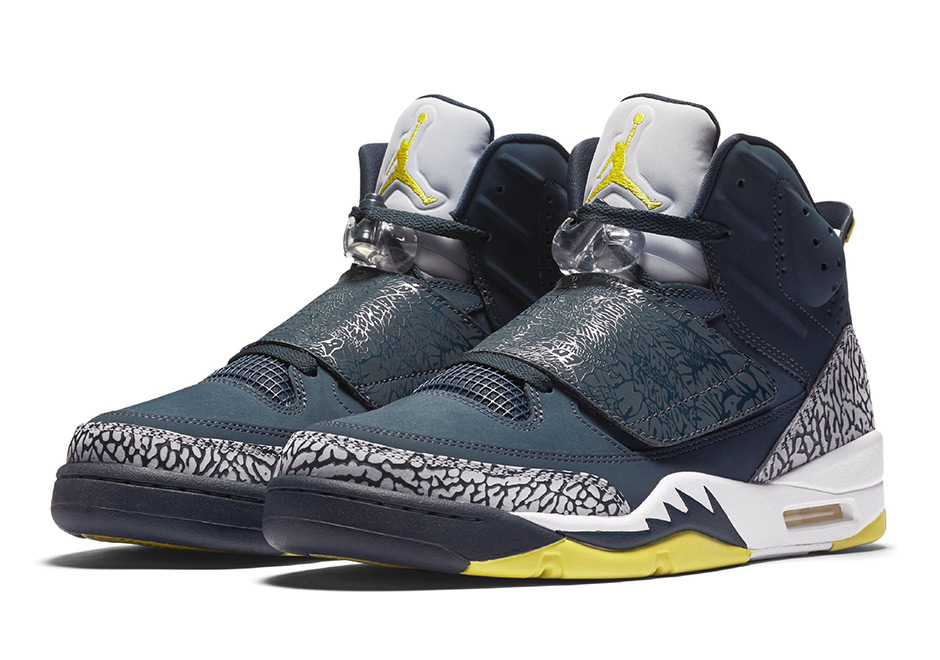 A couple years back, Jordan Brand had some fun remembering some of Michael Jordan’s greatest rivals in their ongoing “Familiar Foes” Collection that was highlighted by a Dominique Wilkins-inspired Air Jordan 1 “Human Highlight Reel” colorway. Another Eastern Conference rival was Reggie Miller and the Indiana Pacers, a team that gave Mike some trouble throughout his later seasons.

Today we get a look at the Jordan Son of Mars, a pair that will debut in a number of new colorways come Spring 2017. This Pacers-esque vibe features a unique combination of slate blue and varsity yellow while a traditional cement grey Elephant Print highlights the toecap and heel. The mid-foot strap even switches things up thanks to a shiny metallic Spiz’ike print to contrast more grey on the Air Jordan 5-inpsired tongue.

What do you think of the Jordan Son of Mars Pacers colorway? Check out more detailed shots below and head over to our Air Jordan Release Dates page for an updated look at all of the 2017 coming attractions from the Jumpman. 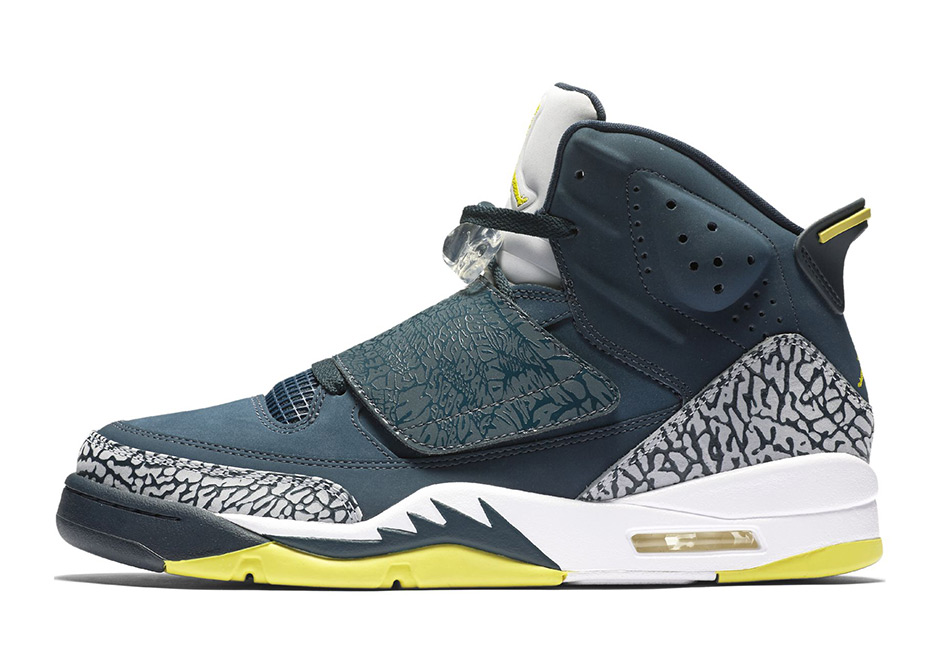 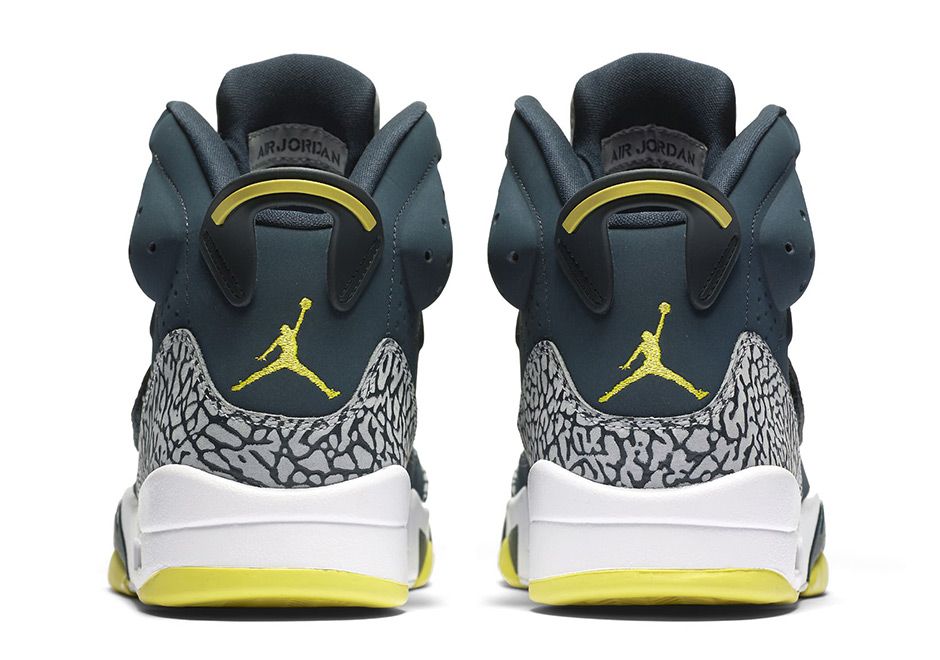 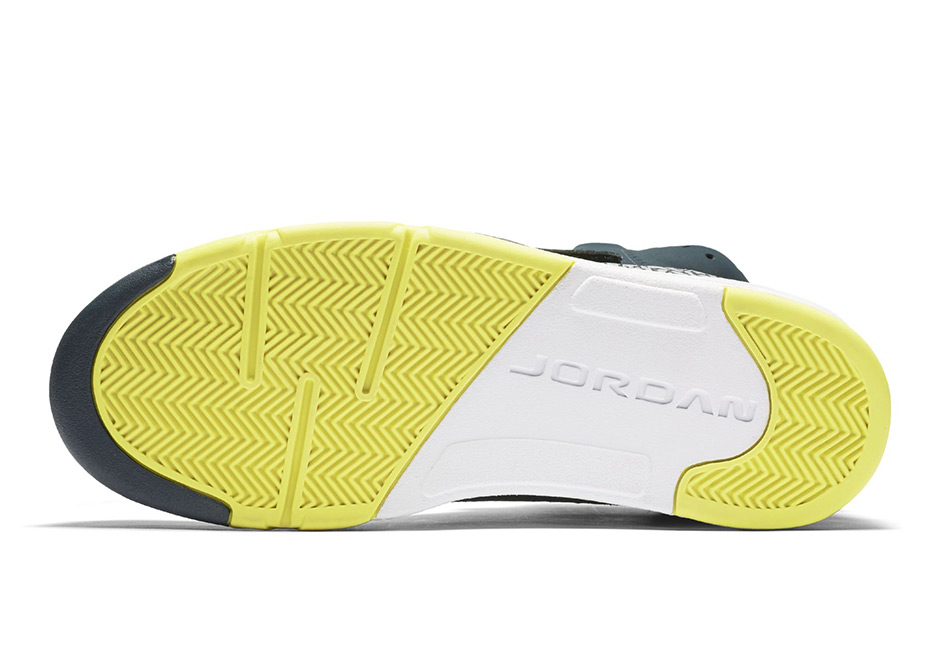