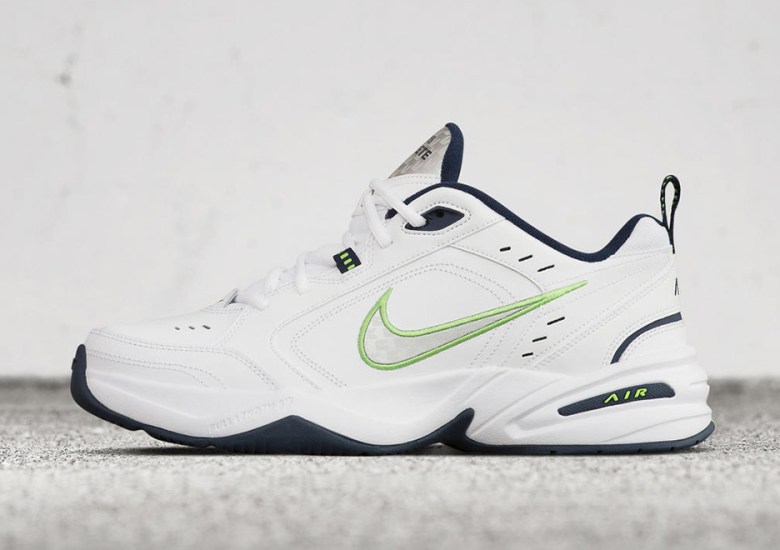 Pete Carroll Will Wear These Special Nike Shoes During The Playoffs 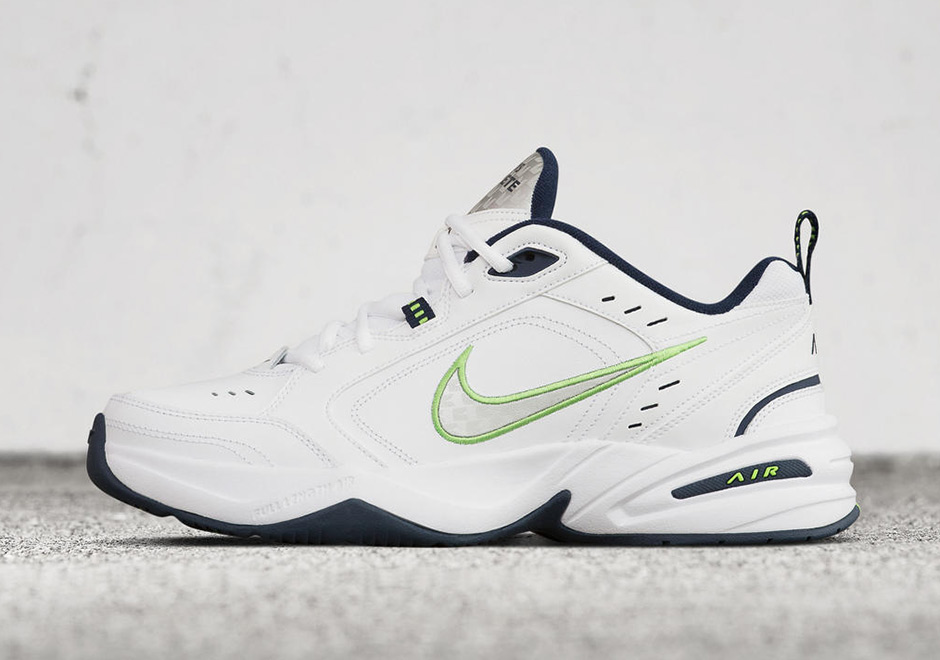 Pete Carroll and the Seattle Seahawks begin their road to the SuperBowl this Sunday, and although a third appearance in four seasons remains to be seen, we know for certain that Pete will be comfortable on the sidelines. The unofficial #TeamMonarch god will rock these PE editions of the Air Monarch IV, which the classic dad-shoe white/navy colorway hit with lime green accents, the Seahawks graphics on the tongue and Swoosh, and “Always Compete” boldly placed on the tongue. Just like the navy pair that was seeded out a few weeks, ago, this Air Monarch IV won’t hit retail. 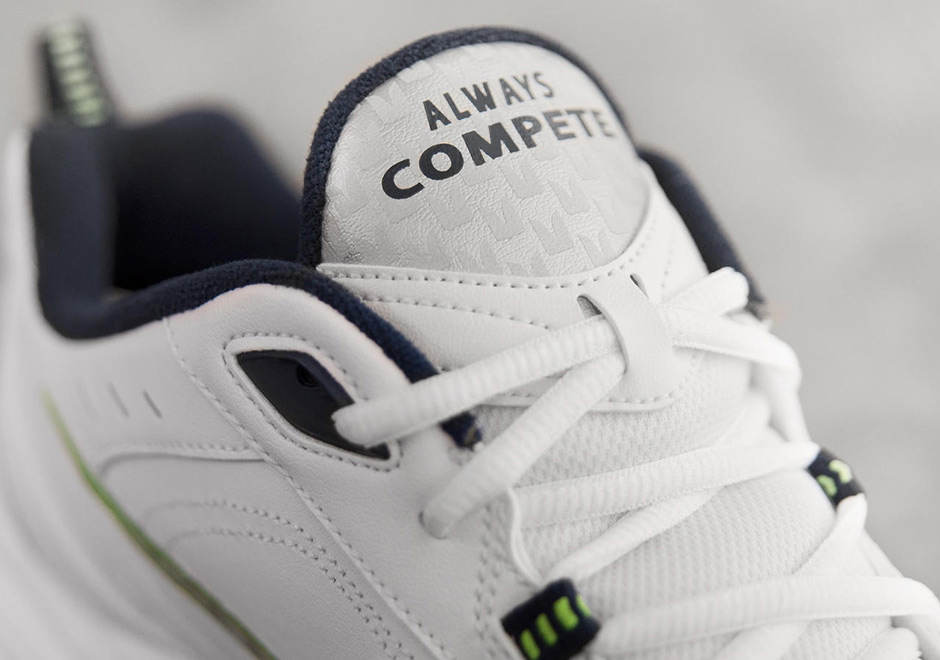 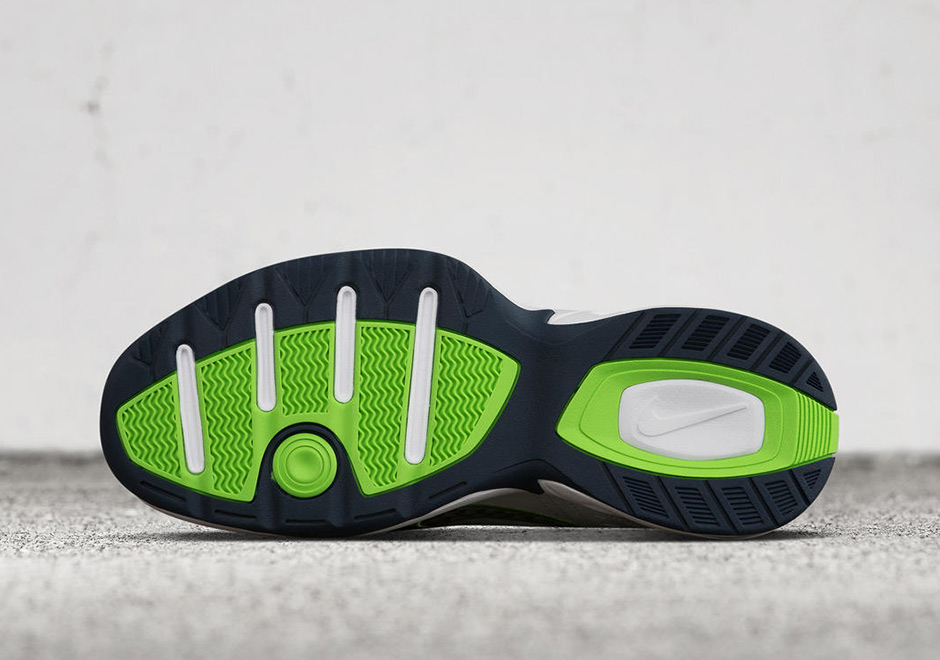