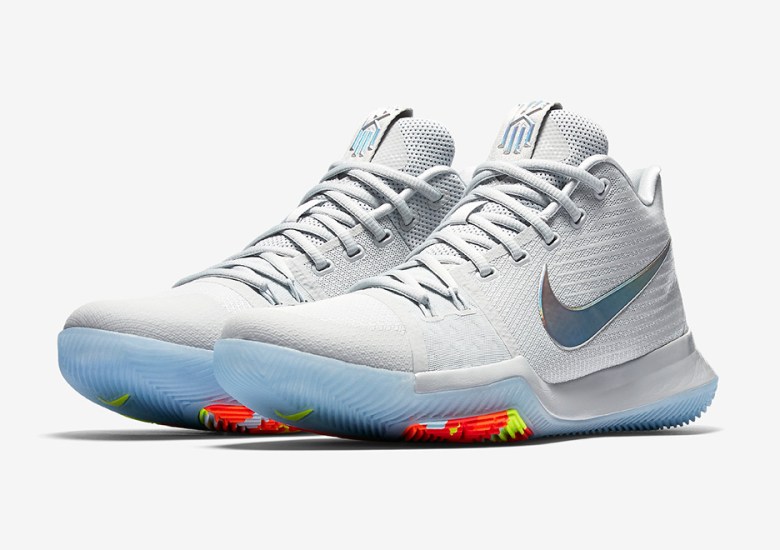 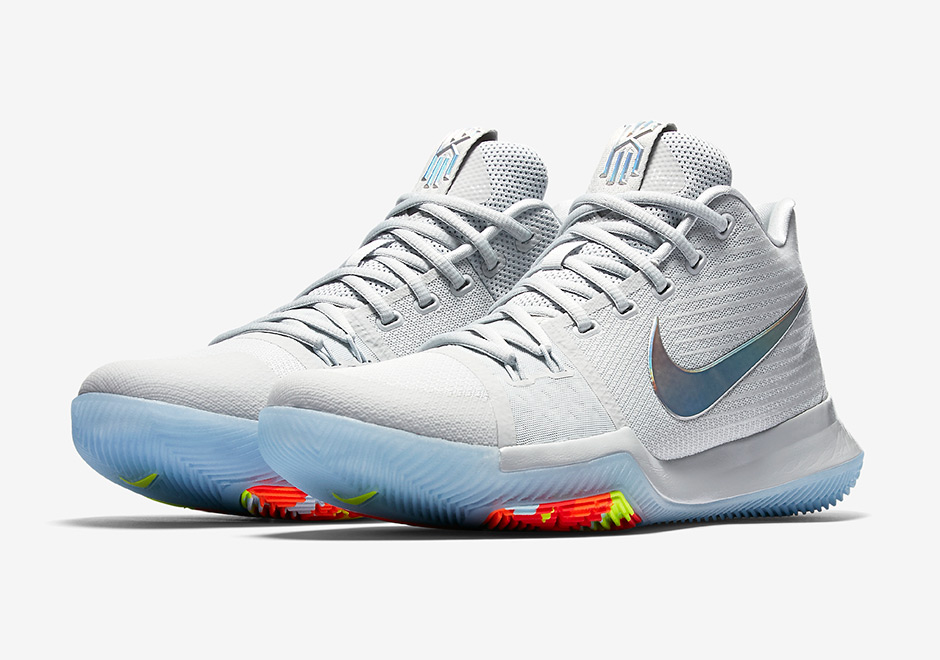 Kyrie Irving is shining on the court once again this year, and now he has a sneaker to match. The Nike Kyrie 3 is set to drop next week in a pristine new look with color-shifting iridescent Swooshes against a Pure Platinum mesh upper. Also contributing to the clean appearance is the icy clear outsole, which gets pops of color on the traction pods in marbled neon orange, red, Volt, and white. No doubt one of the most impressive colorways for the Kyrie 3 yet, the “Iridescent Swoosh” version drops on March 16th at select Nike Basketball retailers worldwide. 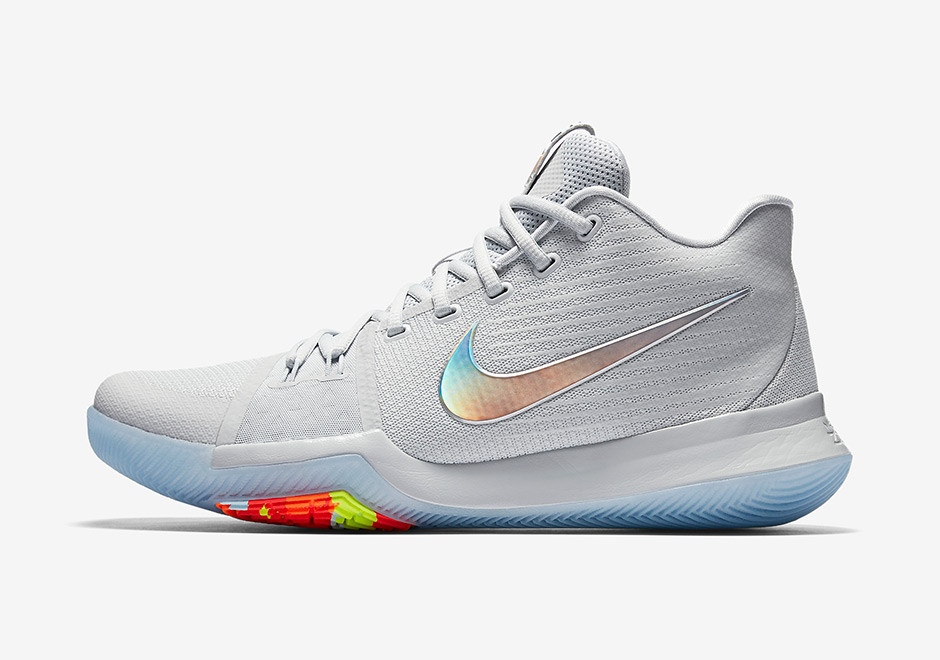 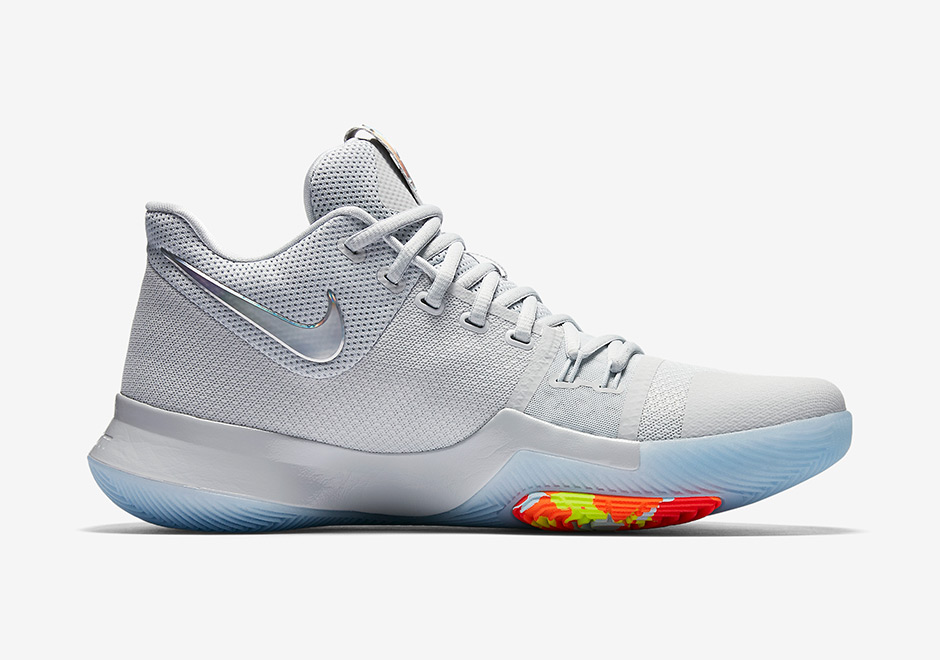 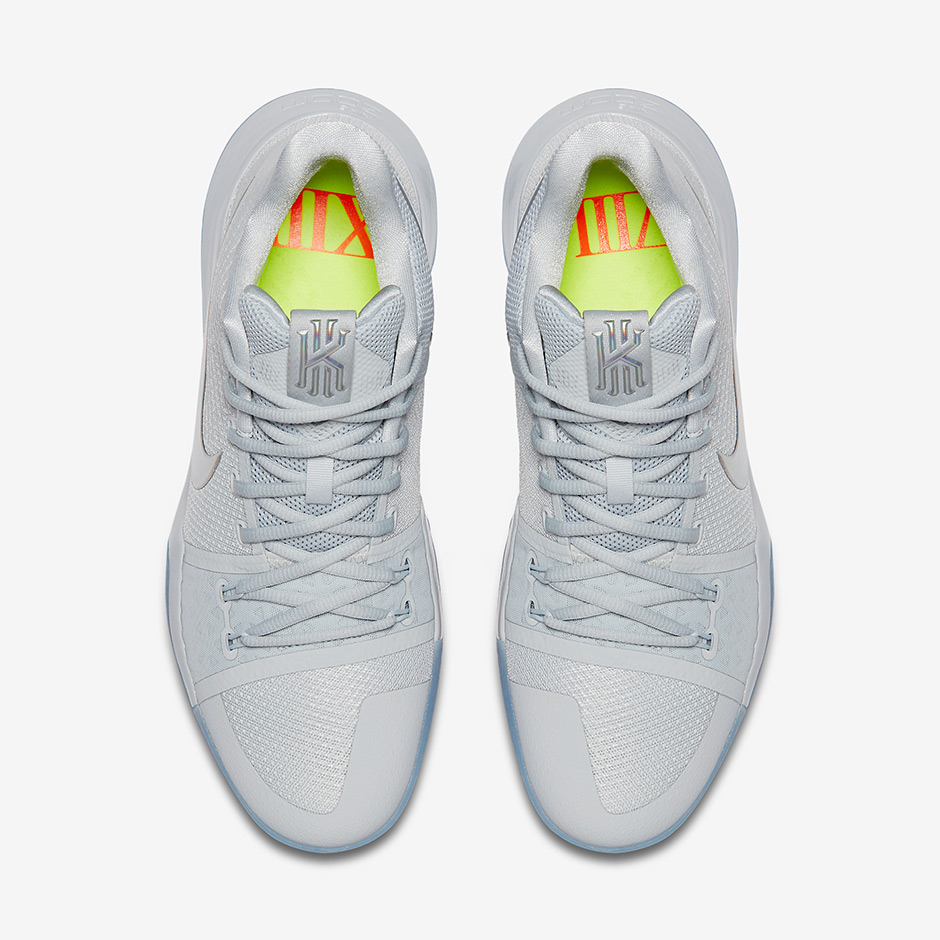 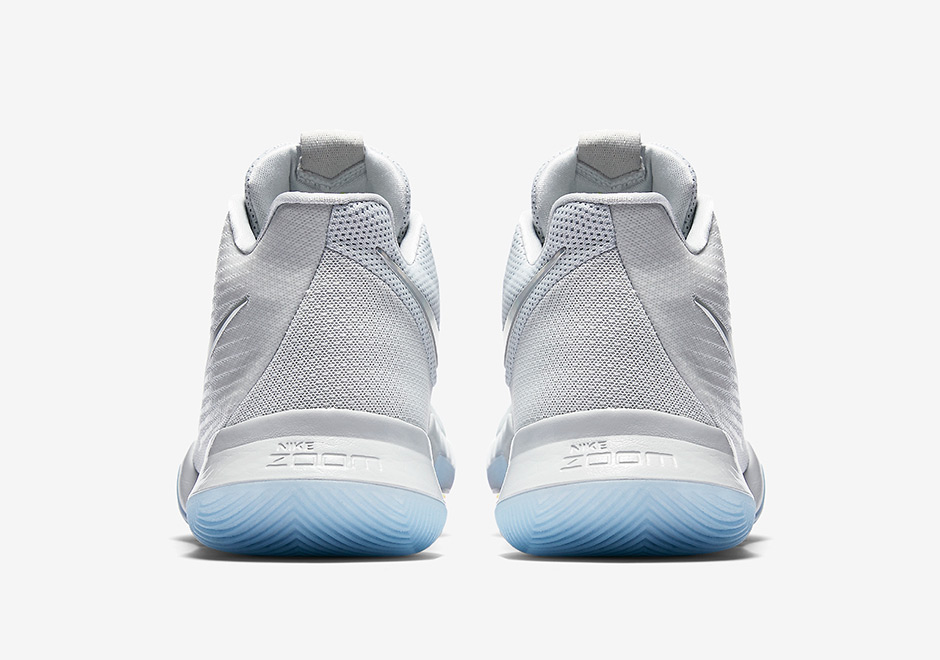 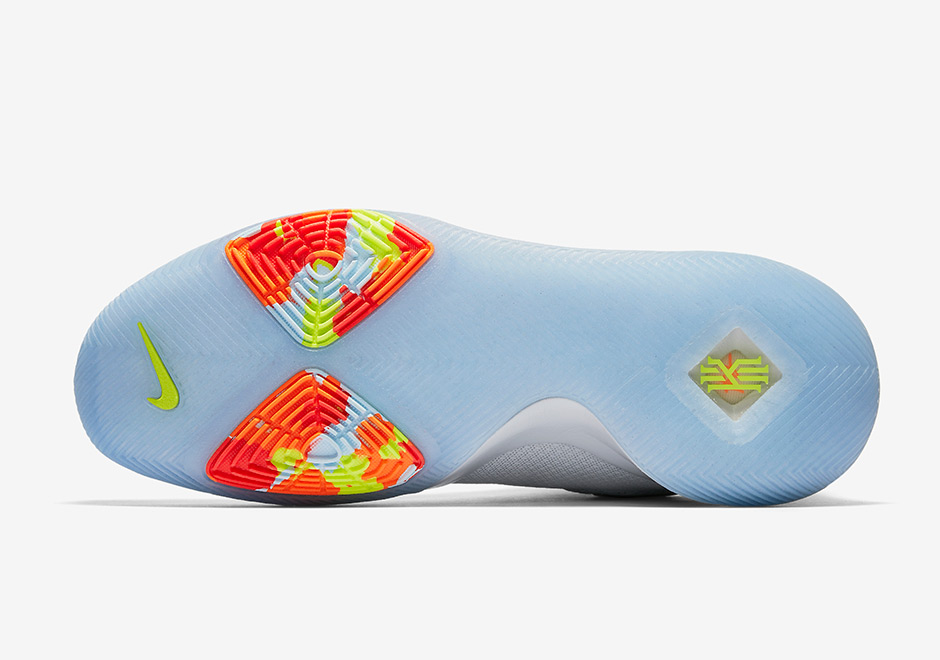