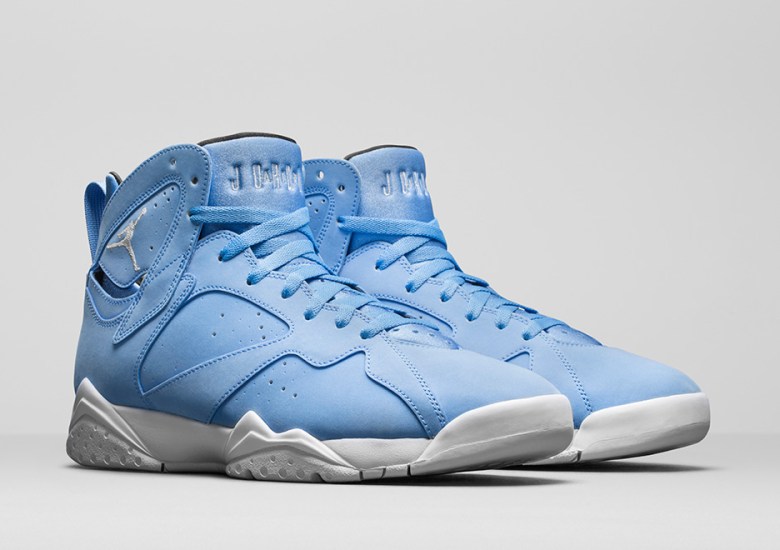 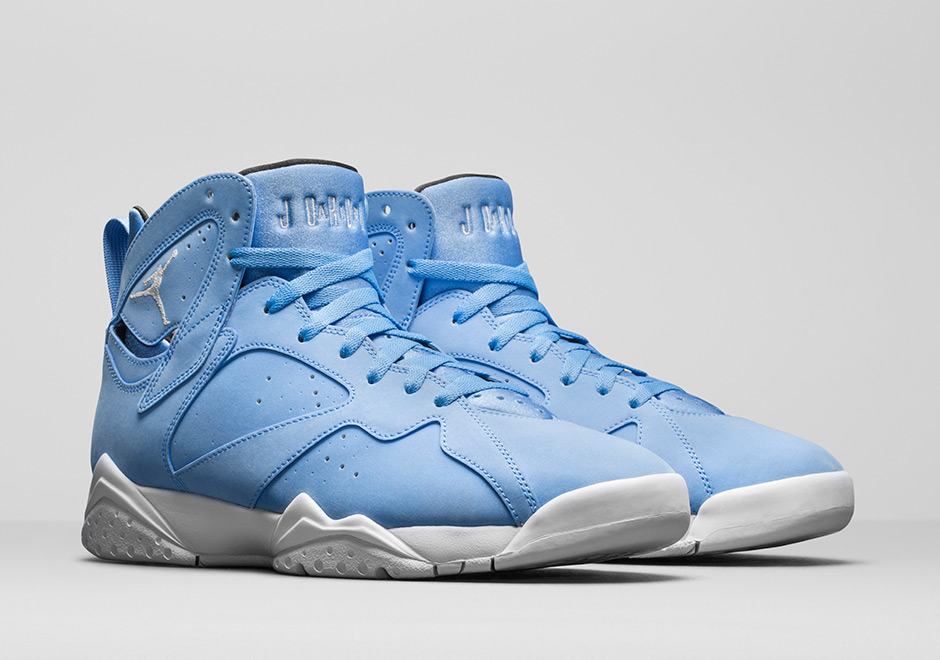 As part of the unveiling of a collection for this summer honoring Michael Jordan’s days at North Carolina, today Jordan Brand offers a full preview of the Air Jordan 7 in University Blue. Originally part of the “Pantone” collection of Air Jordan Retro samples showcased at the 2010 World Basketball Festival, the bold look for the Air Jordan 7 features a tonal University Blue upper built in synthetic nubuck with a solid white sole unit and matching white branding accents up top. The coveted colorway that was only ever been produced as a sample will be releasing for the first time ever in 2017. Expect them to launch this summer, and stay tuned to Sneaker News for a confirmed release date. 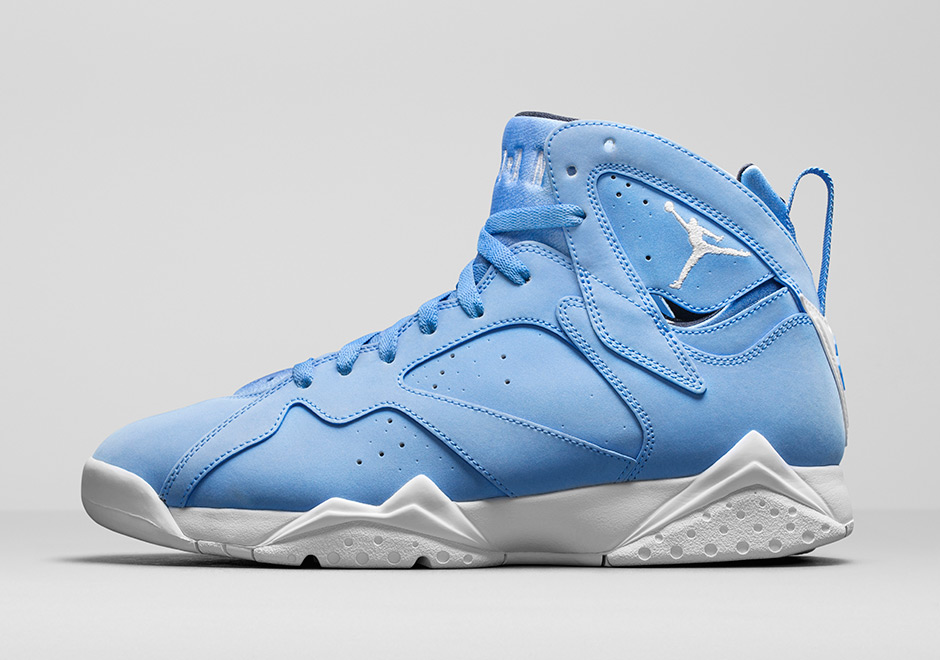 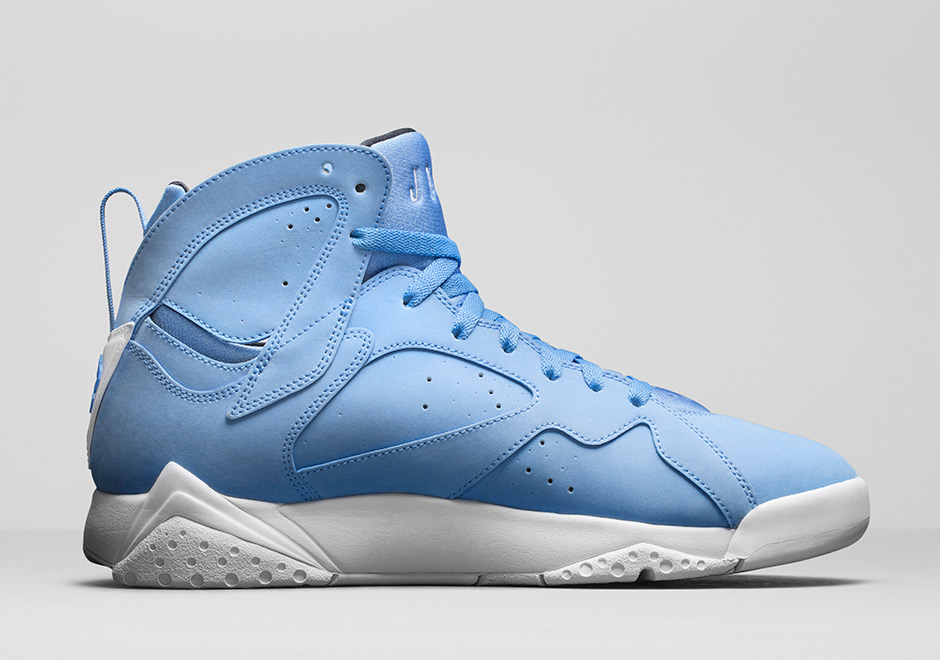 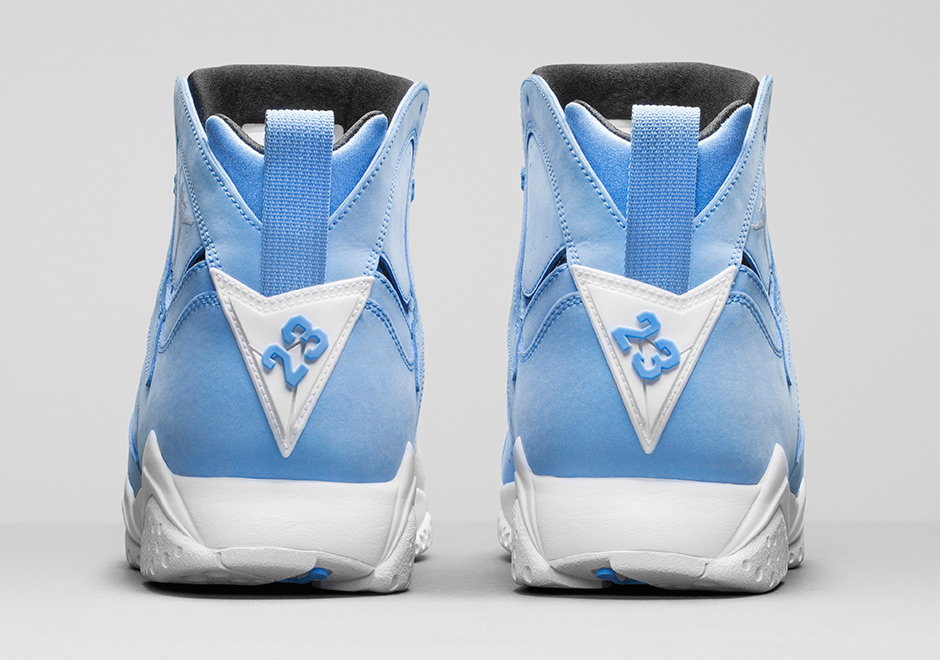 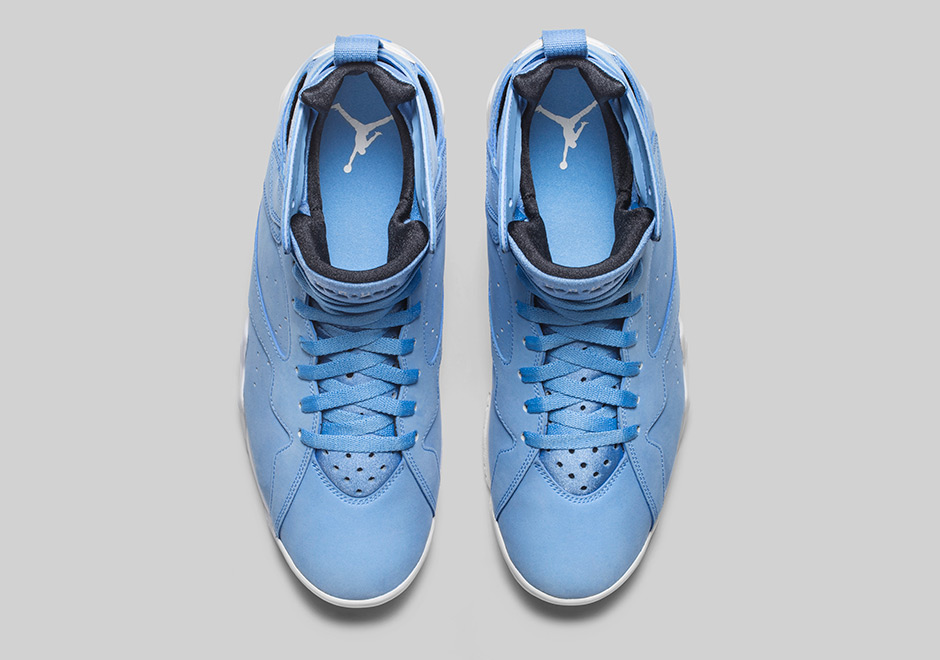 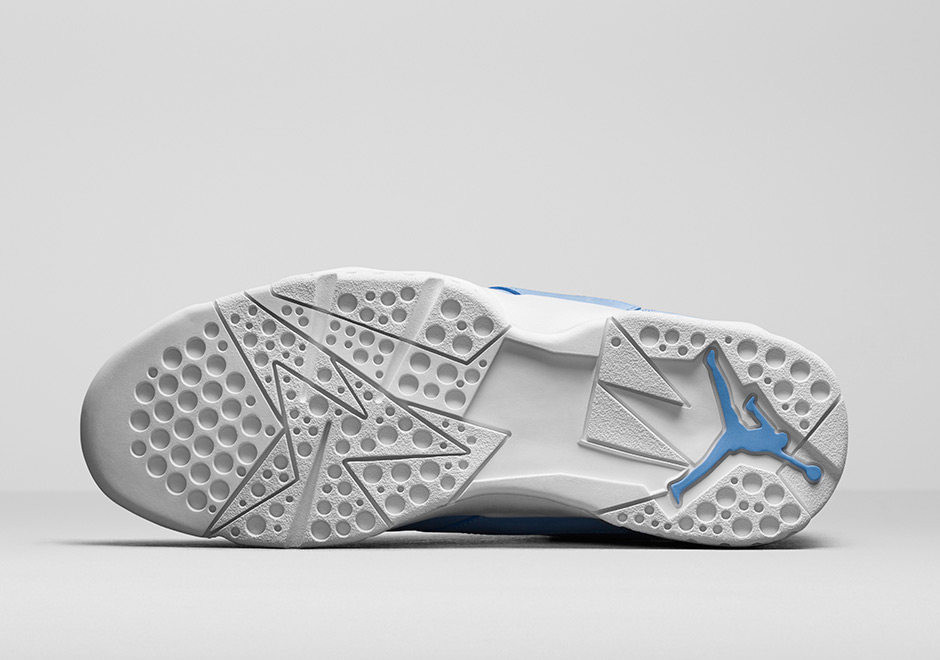 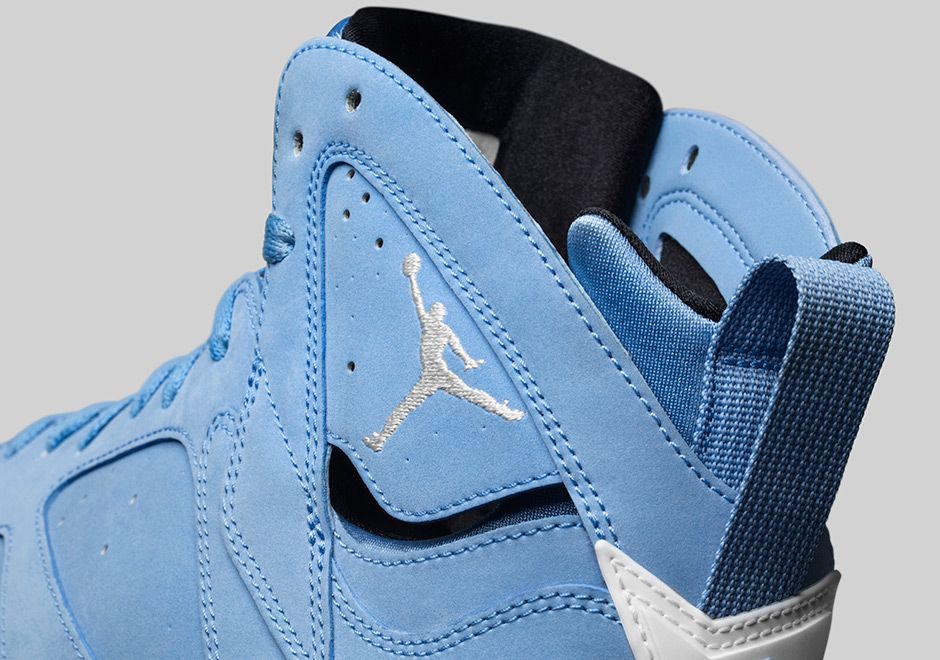 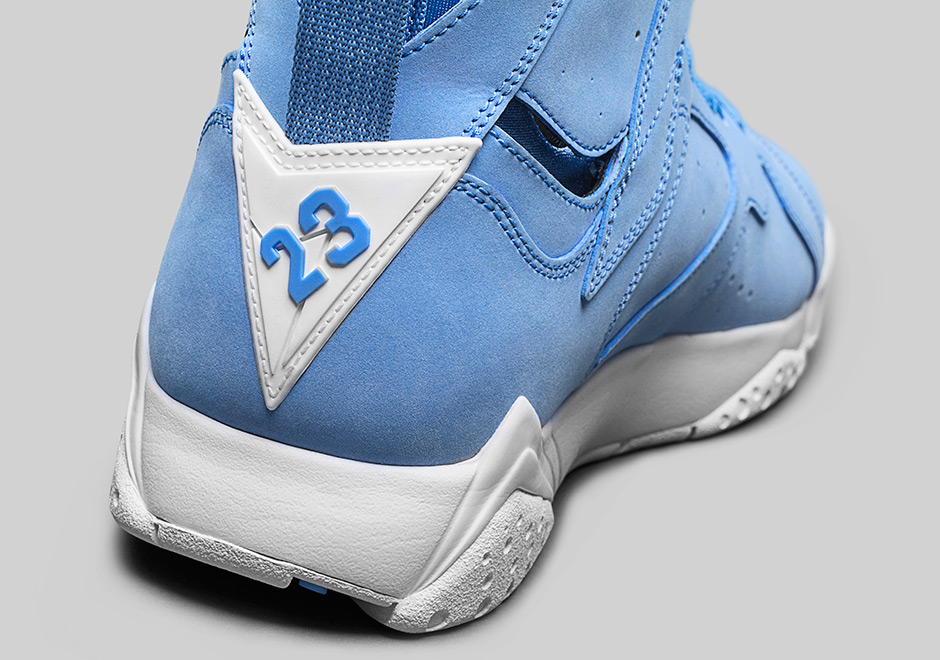