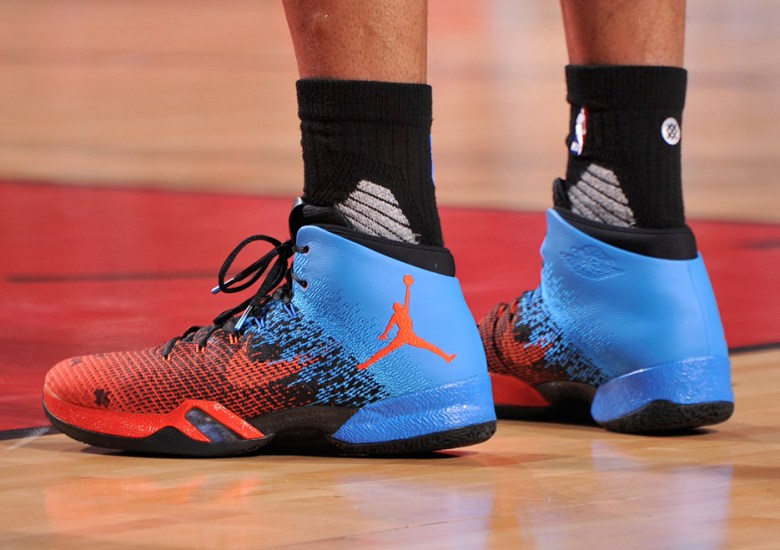 Today marks the 31st anniversary of one of Michael Jordan’s greatest playoff performances, as he dropped 63 points in a double overtime loss to Larry Bird’s Celtics all the way back in 1986. It’s only right then that Jordan Brand’s own MVP Russell Westbrook have his own version of that game last night. As per usual, the triple-double machine carried the entire Thunder squad to what seemed like a Game 2 victory late in the 3rd quarter, only to have his teammates blow the lead when he went to take a breather minutes later. OKC would go on to lose in regulation, but that doesn’t discredit Westbrook’s ridiculous line of 51 points, 10 rebounds, and 13 assists. Russ might look like a machine on-court, but even machines need to refuel, and he just ran out of gas. He went just 4/18 from the field in the final quarter. When asked about his historic game, Westbrook responded in only a way he can. We won’t repeat it here but just watch the video below for his response. Russ also broke out one of our favorite Jordan 31 PEs, a tri-colored combination of the Thunder’s Photo Blue on the heel mixed with a black to orange woven gradient throughout. Of course, this was accompanied by the Air Jordan 30 outsole for a PE hybrid with a galaxy print on the midsole shank. It was a game for the ages, but the Rockets were a better team. Stay tuned to see what Westbrook does in Game 3.

Thunder's Russell Westbrook on posting NBA's first postseason 50-point triple-double: "I don't give a f— about the line. We lost." pic.twitter.com/hRZG4zUkSy