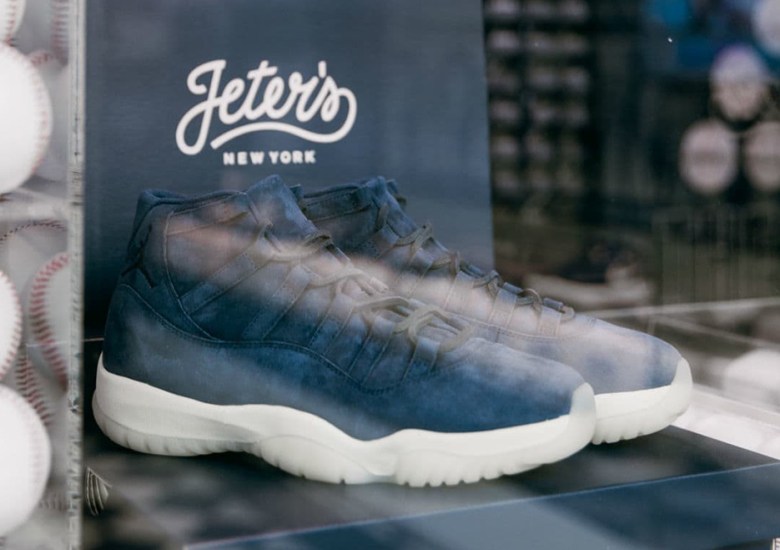 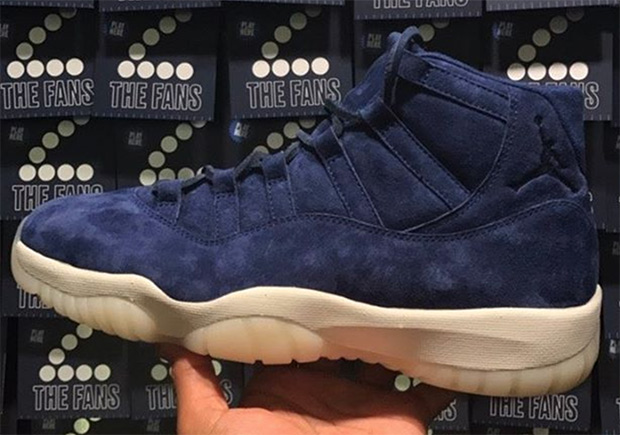 What do you get when you dye the Air Jordan 11 Suede in navy blue? Introducing the incredibly limited Air Jordan 11 “Derek Jeter”. The New York Yankees celebrated no.2 in a pregame retirement ceremony known as #JeterNight and Mr. November even got to throw out the first pitch. But the real magic happened right outside of Yankee Stadium where a pop-up shop hosted a chance to win the Air Jordan 11 “Jeter” through a scratch-off lottery system. One of the lucky fellas who managed to get his hands on a pair says only five pairs were given out, making these one of the rarest Air Jordans ever. Should Jordan Brand release more to the public?