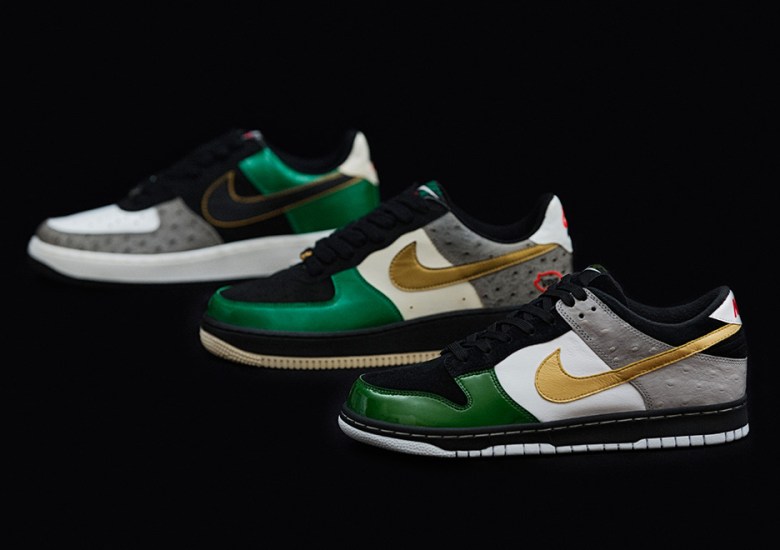 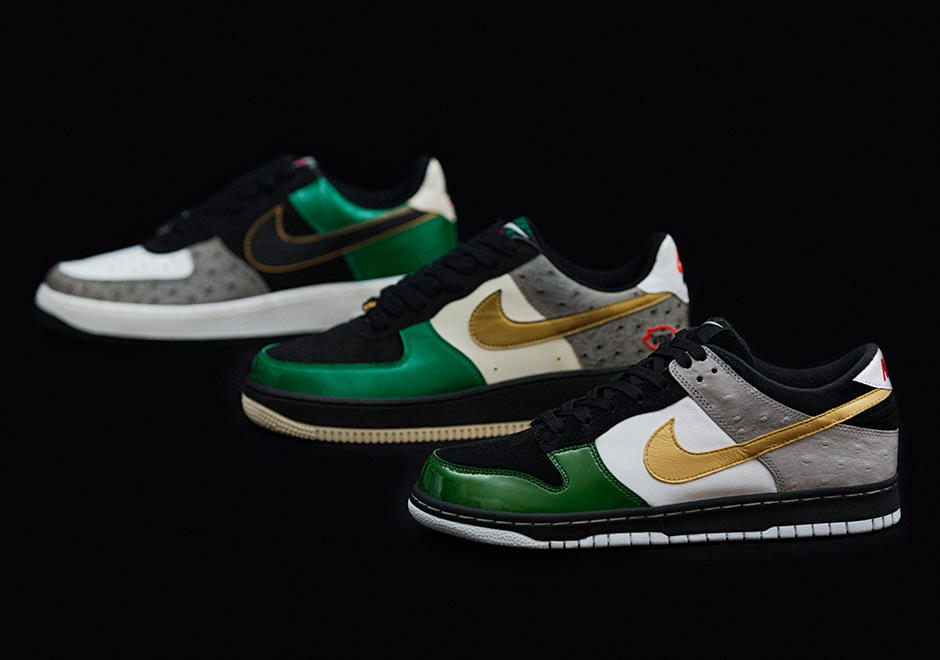 Nike is trying to revisit the era when sneaker collecting wasn’t about buying the most expensive and hyped pairs out with the helping hand of this little tool called the internet – it was about the joys found in the hunt. The latest batch of Nike Dunk colorways pays homage to the CO.JP initiative where a number of special edition collaborative pairs were limited to only a handful of Japanese shops. You either needed to hop on a plane to get your’s or have some sort of proxy. We dove into Nike Dunk Low CO.JP History yesterday after the What The, mita sneakers, and atmos colorways were previewed on Nike News.

Today we get the best look yet at the coming mita Nike Dunk Low “OnkoChinshin” set to release exclusively at just three retail locations in Japan on July 8th. This colorway was originally found on the Nike Air Force 1 featuring touches of ostrich skin, leather, dark black nubuck, and glossy green patent leather. The mita Air Force 1 debuted in 2004 followed by a limited hyperstrike option around the same time – one that more closely resembles the coming Nike Dunk Low mita.

Check out more detailed shots of the ostrich clad trio below and purchase your pair exclusively at mita sneakers, Nike Harajuku, and NikeLab MA5 on July 8th. 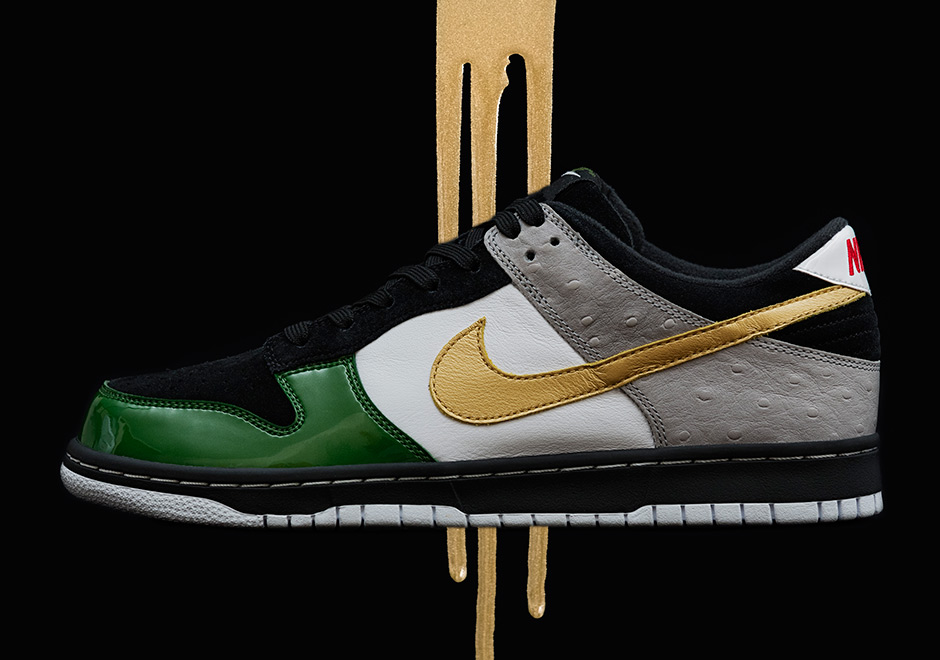 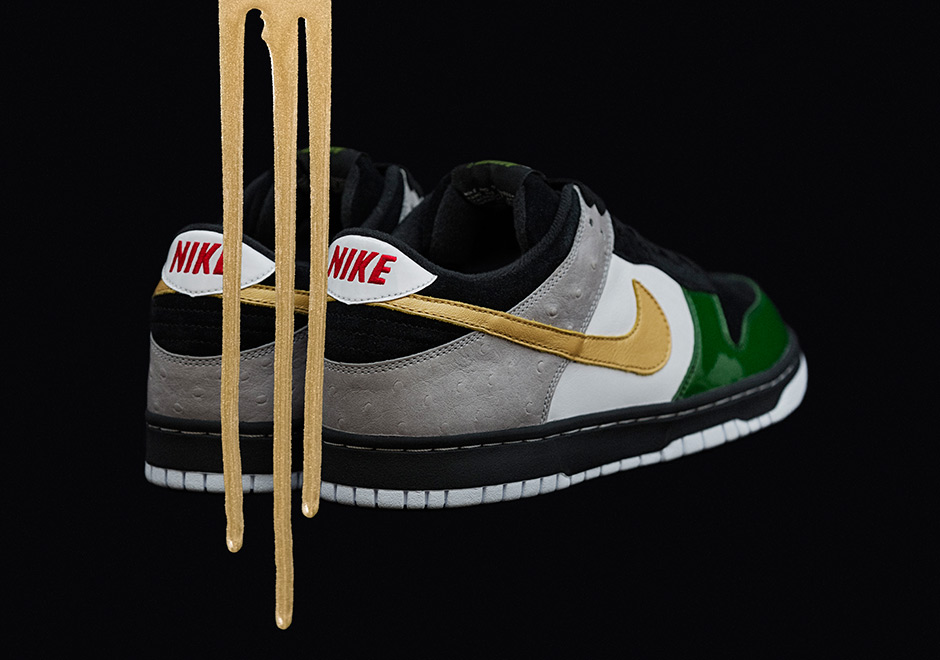 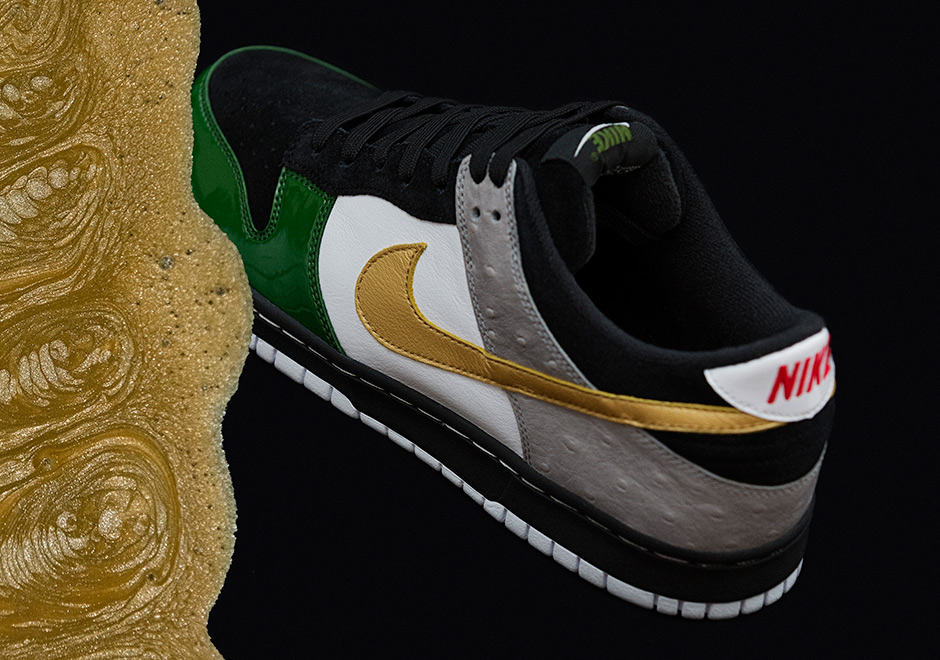 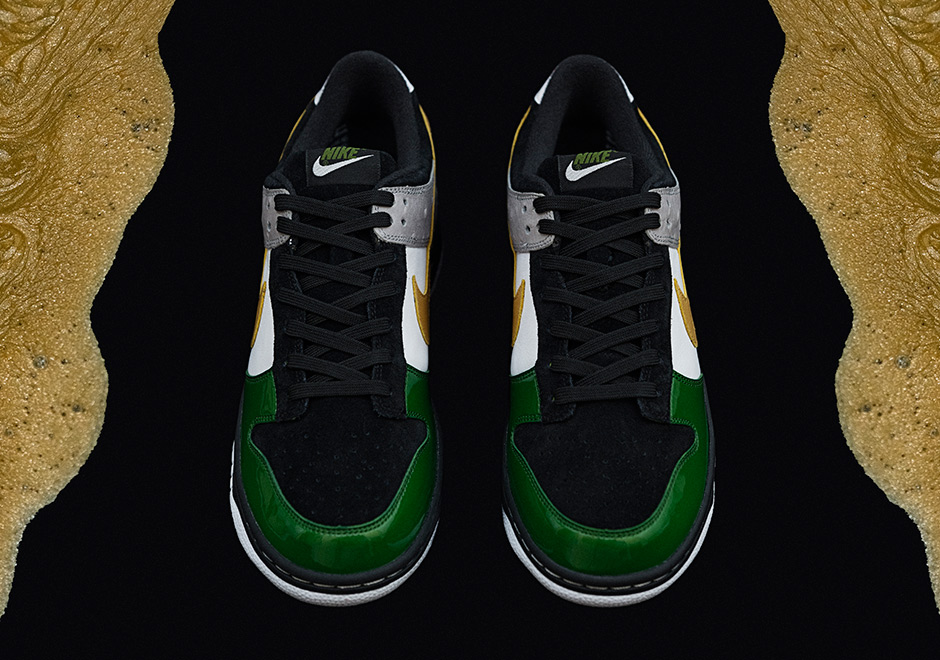 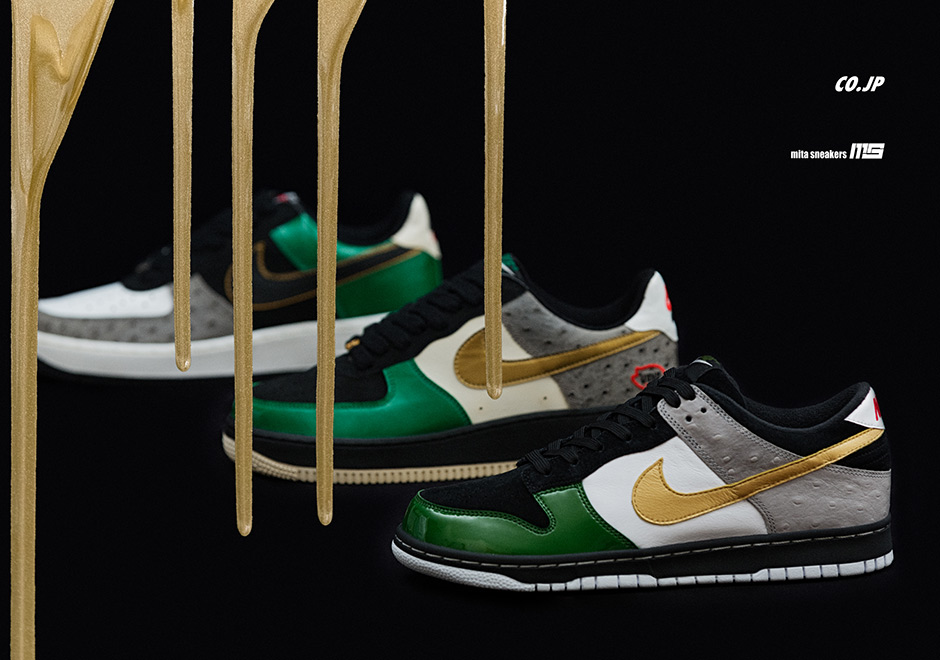