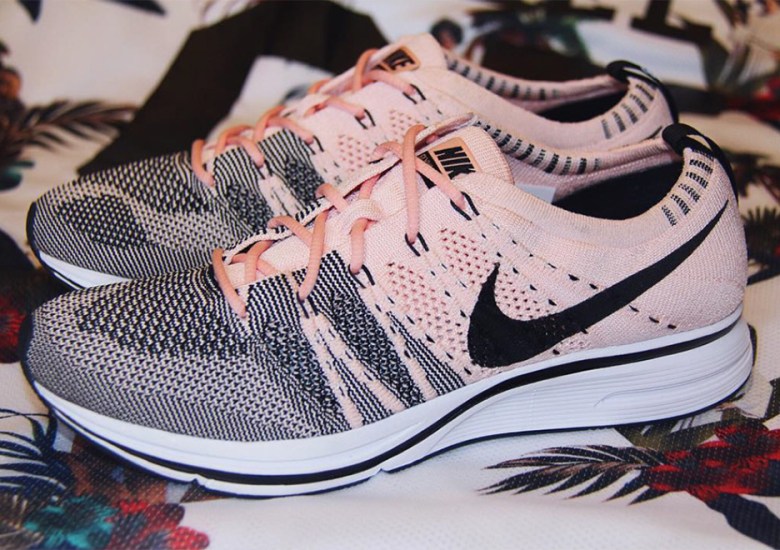 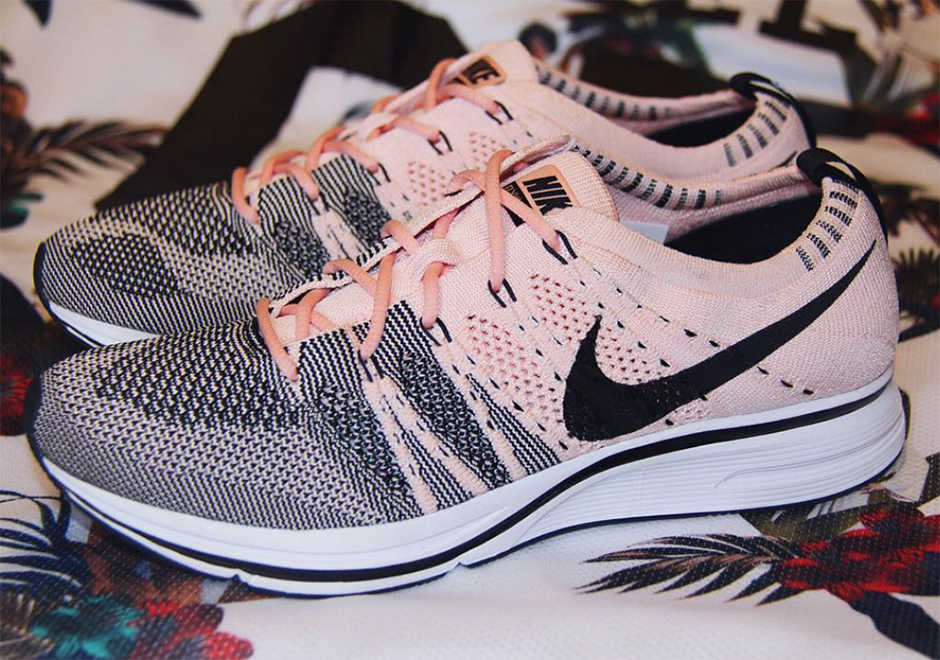 We already know that the original Flyknit Trainer White/Black will release to the masses on July 27th for $150 to help celebrate the model’s 5th anniversary after it debuted at the 2012 London Olympics. It looks like Nike Sportswear will be experimenting with a number of new looks this summer, and while we haven’t seen all of the 4 announced colorways listed here, we are excited about the Nike Flyknit Trainer Sunset Tint featuring a trendy shade of pastel pink throughout. NBA Champion Kevin Durant was spotted wearing these recently and while we’re still waiting on a Release Date, we expect to see an onslaught of others with this look on-feet throughout the summer. More photos below. 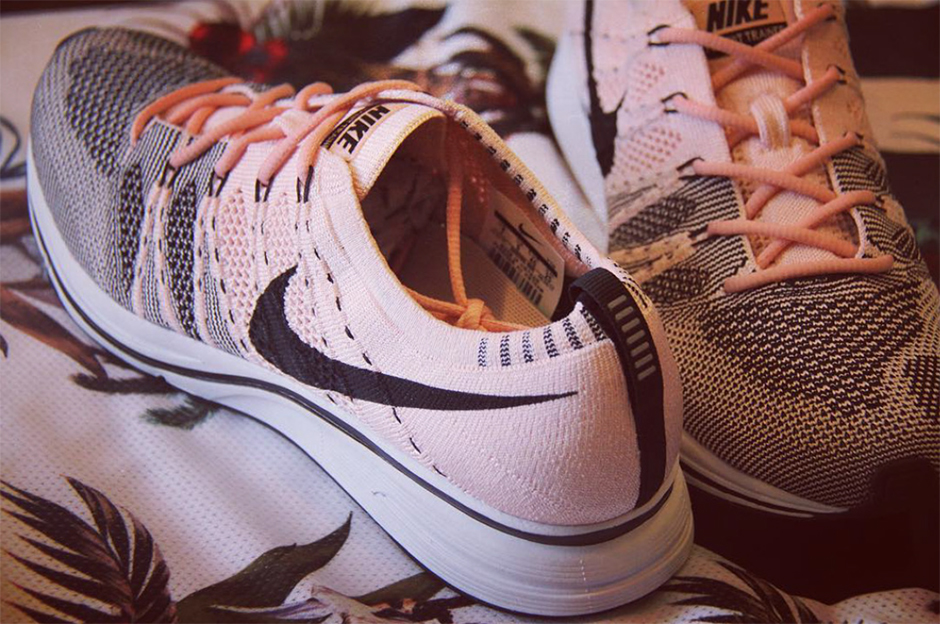 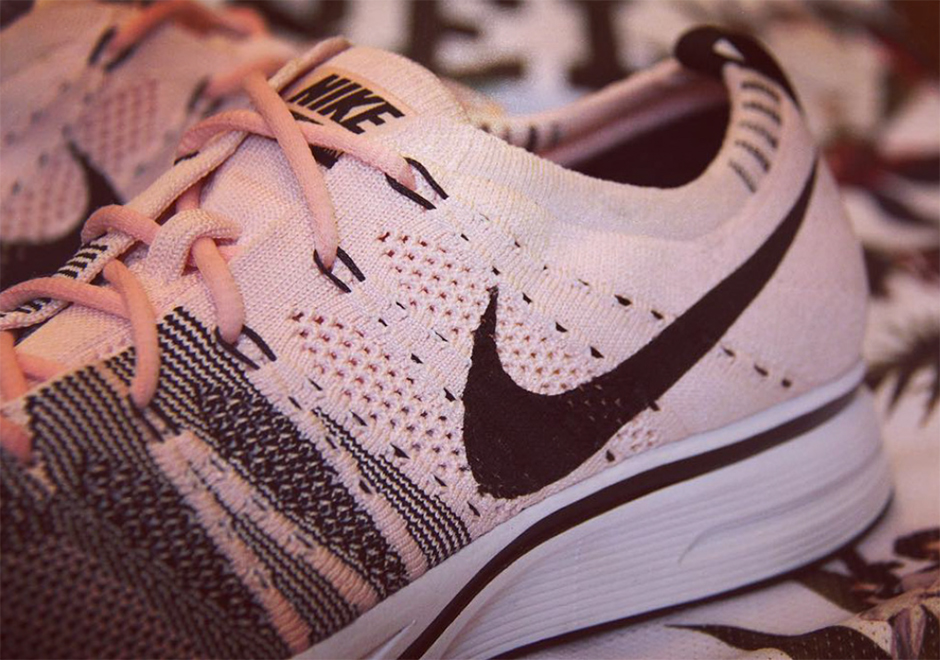 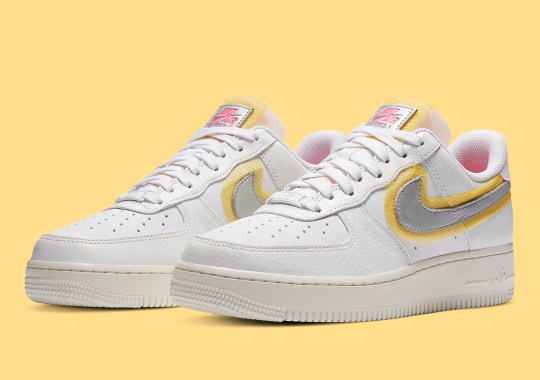