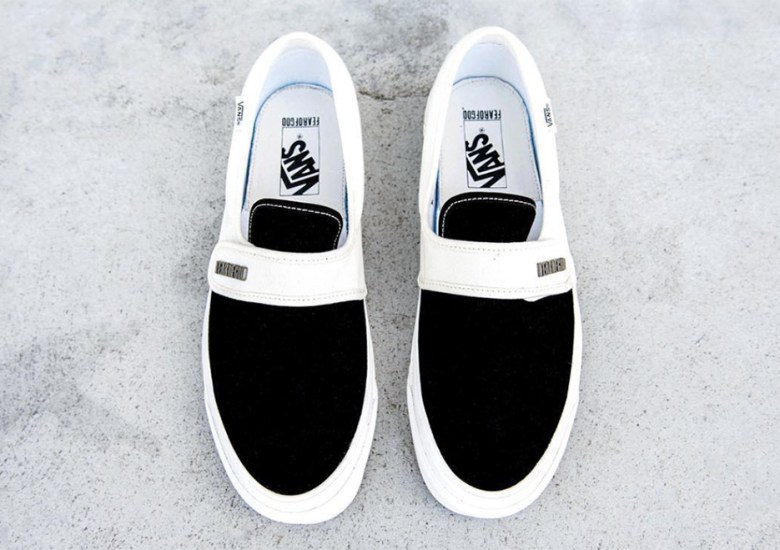 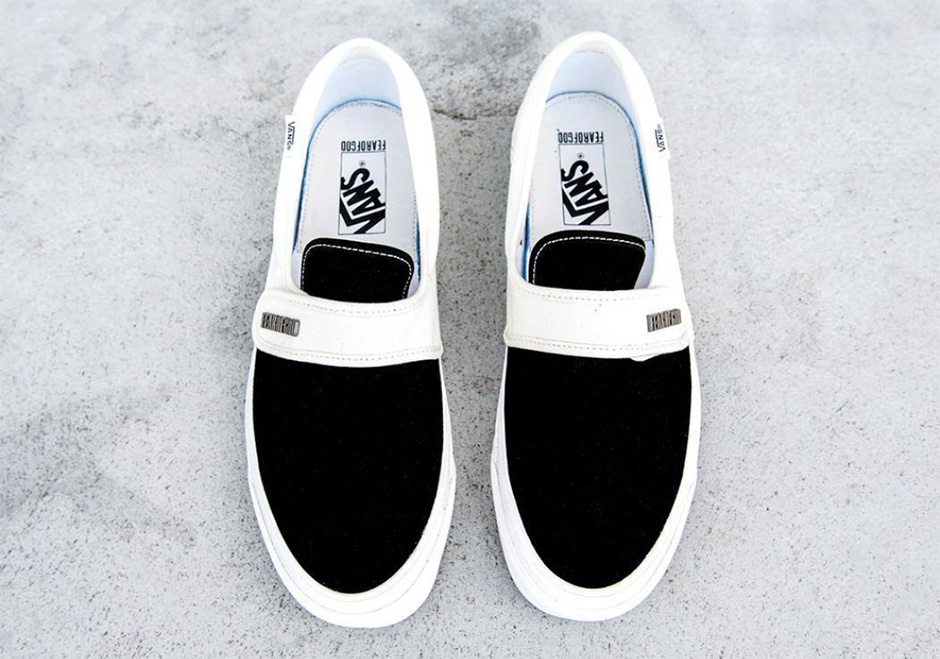 Jerry Lorenzo has been teasing his upcoming Vans collaboration(s) – yes, there will be more than just one – for quite some time now. First, there’s the Fear of God x Vans Collection slated to release this Holiday 2017 season featuring an oft-forgotten Vans model known as the Vans #147 from the early 1980s. The pair looks almost identical to the classic Slip-On, but with a midfoot strap that adds premium Fear of God touches thanks to metal additions. The Fear of God x Vans #147 will be available in limited numbers in both White/Black and Red/Black with cream white vulcanized soles for a lifestyle twist on the skate classic.

Also officially unveiled today is the more readily available FOG x Vans Collection for Holiday 2017. We’ve already seen the FOG x Vans Mountain Edition a couple of times in the past featuring a standout red suede upper and Fear of God all over print, and that collaboration will also be joined by the Vans Authentic in two upcoming options. Stay tuned for full release date details in the near future. 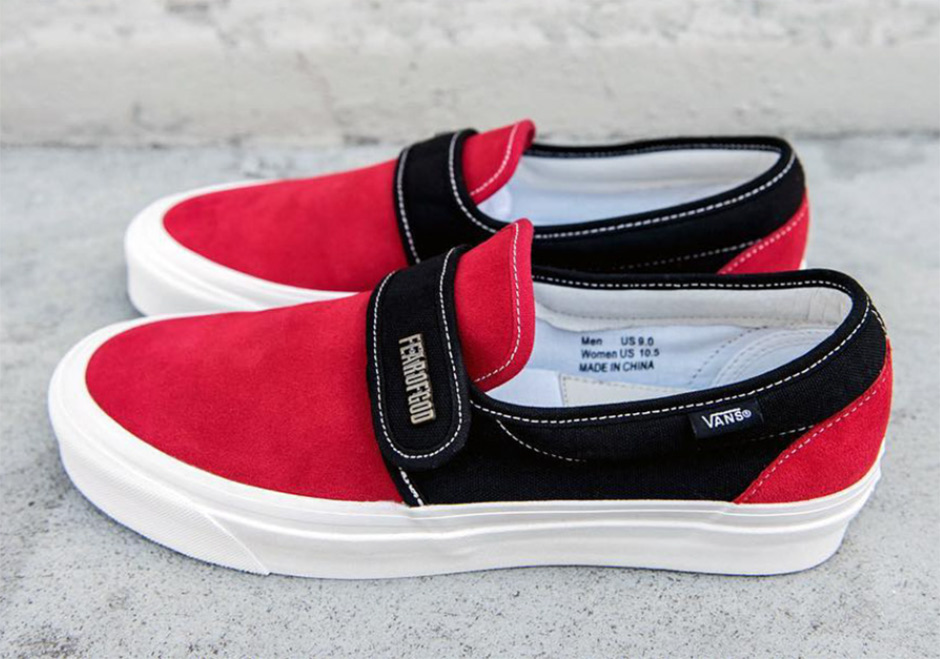 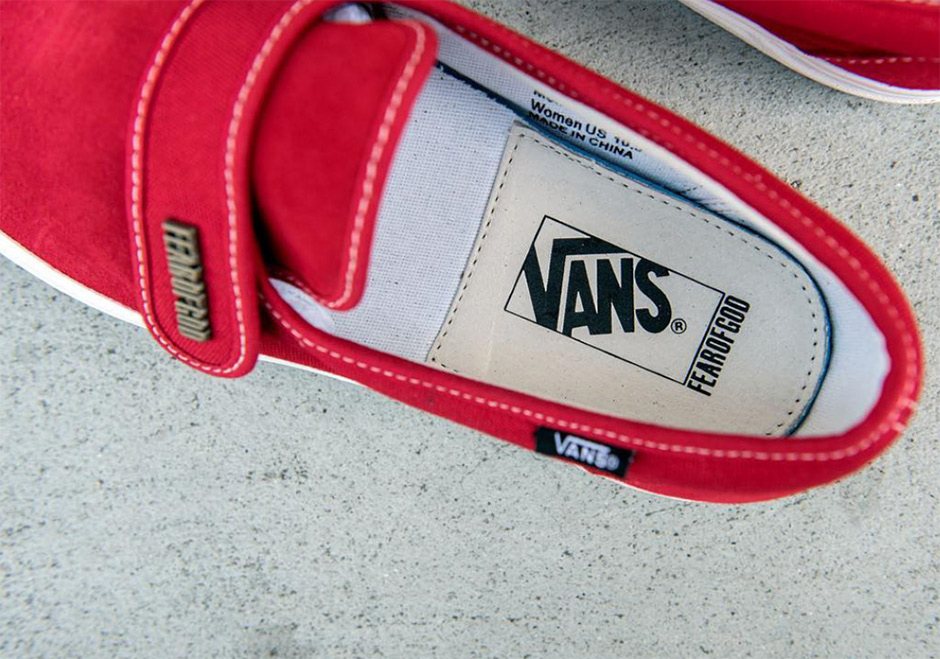 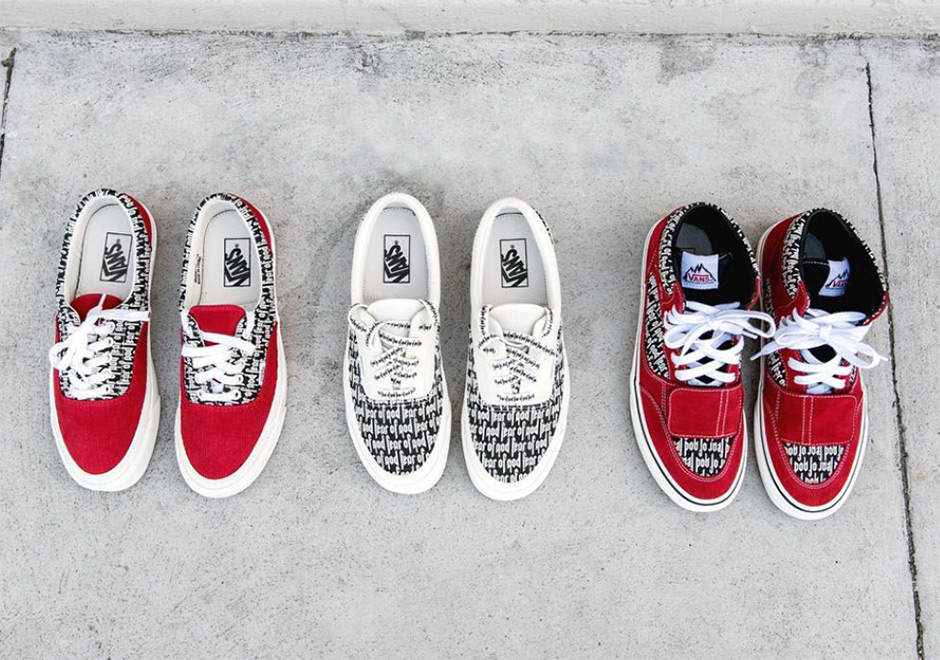 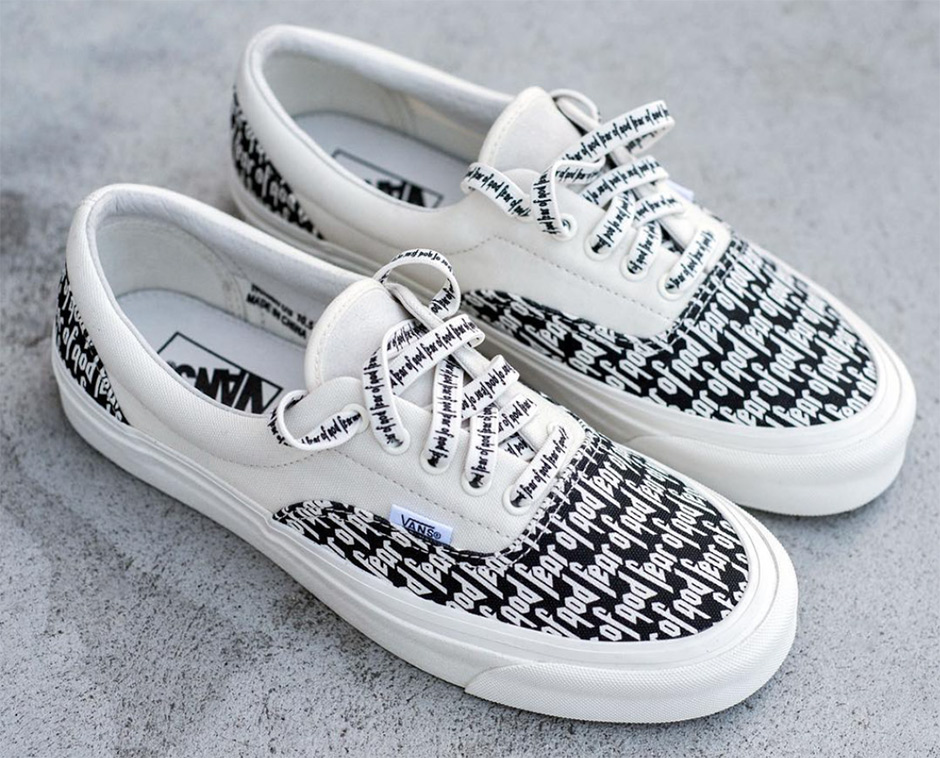 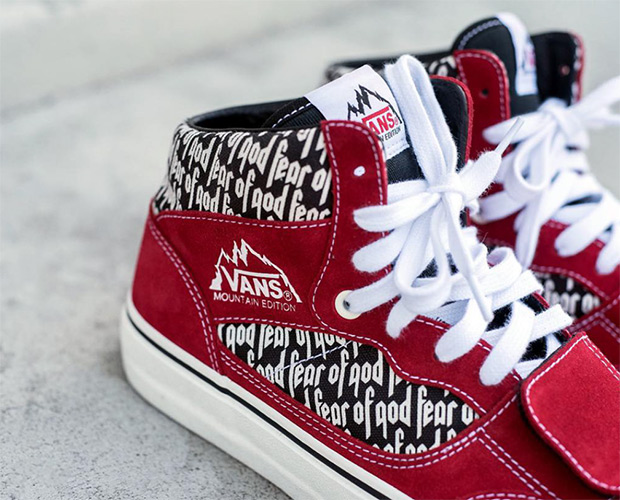 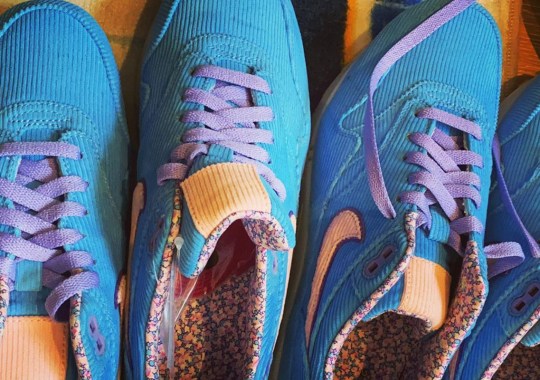 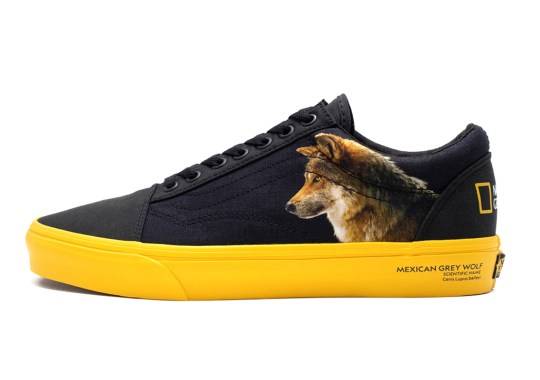 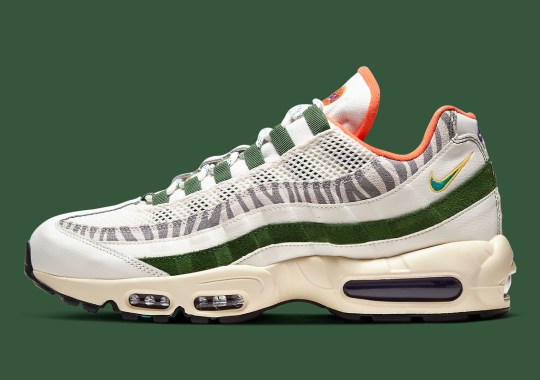