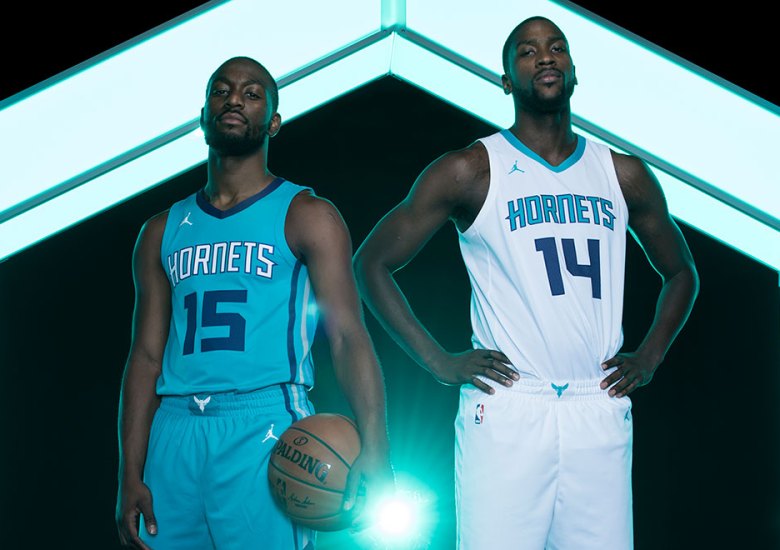 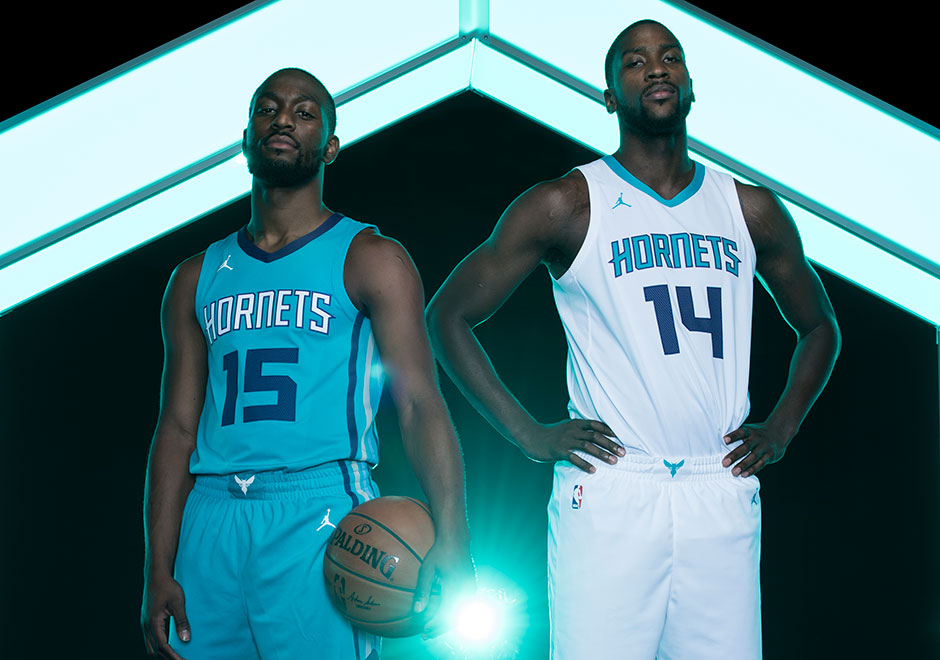 Today, Jordan Brand officially unveils new uniforms for the Charlotte Hornets and the 2017-2018 NBA season. As detailed in Nike’s official unveiling of the new jerseys, NBA uniform details have changed a bit, with the “Home” and “Away” jerseys now being called the “Association” and the “Icon” jerseys. Of course what separates the Hornets jerseys from the rest is that it will feature the iconic Jumpman Jordan logo on the upper right chest rather than the Nike Swoosh.

What’s changed with the Hornets’ new uniforms is that the stripes on both uniforms are slightly thinner, and the white uniform now has the secondary logo on the side of the shorts as opposed to the Crown CH logo previously. The teal uniform now says “Hornets” on the chest of the jersey and “Charlotte” in the tone-on-tone lettering on the shorts, reversing the prior designs. The two remaining core uniforms, inspired by the mindset of the NBA athlete and the communities that support their teams through thick and thin, respectively, will be revealed in the coming months. 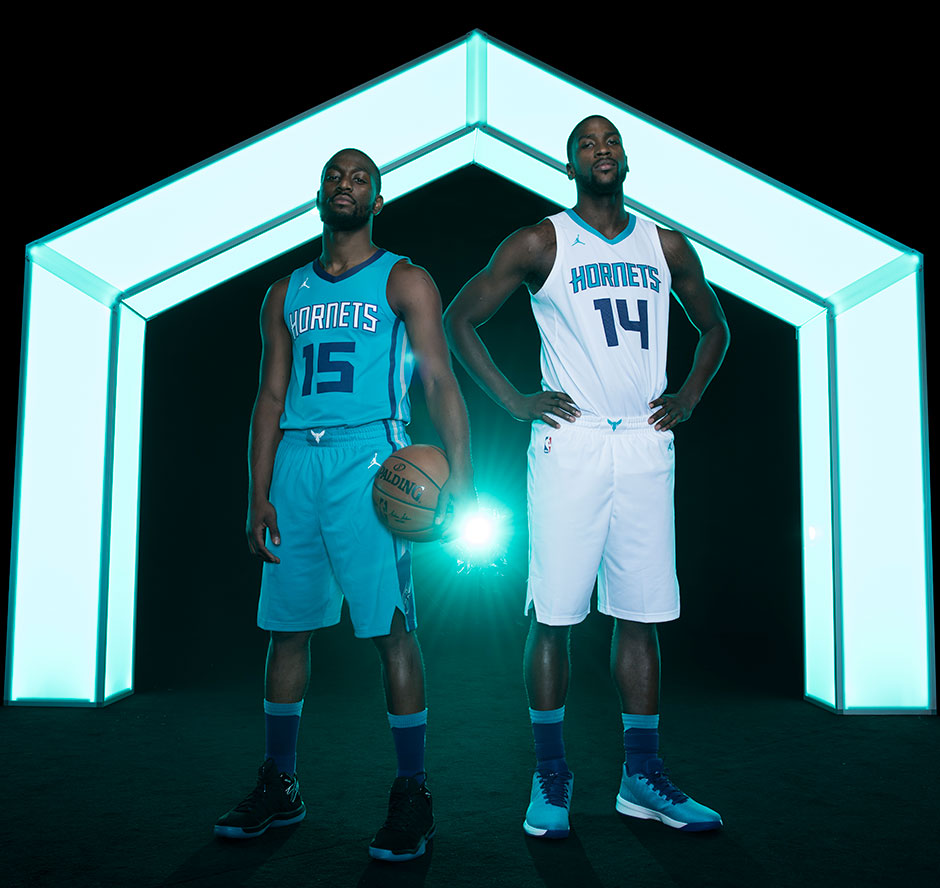 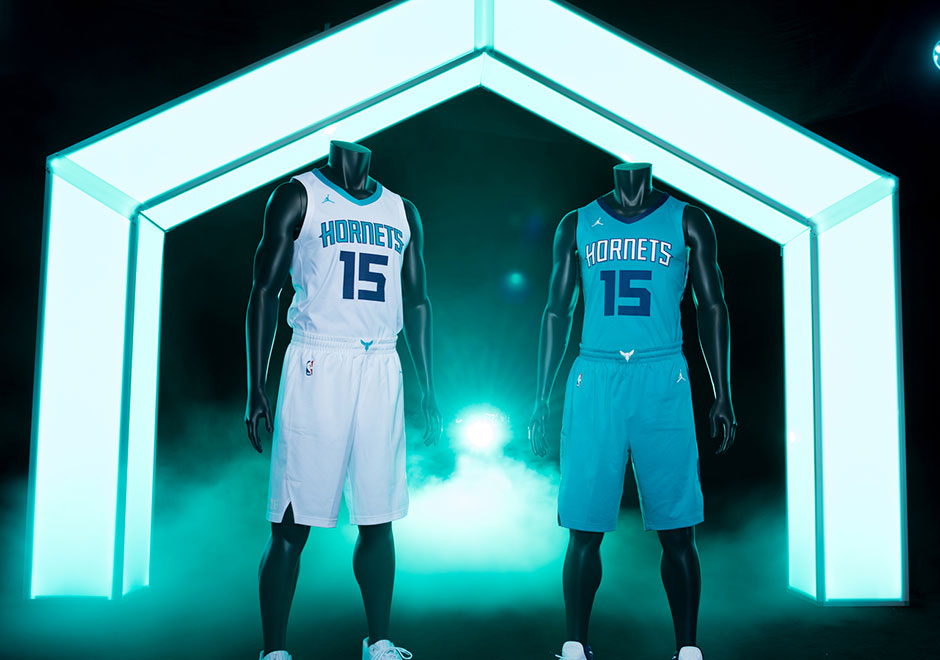 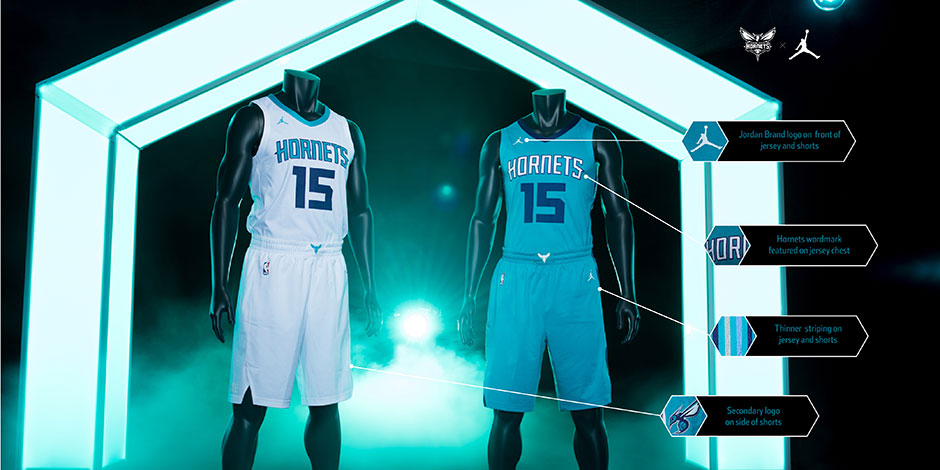 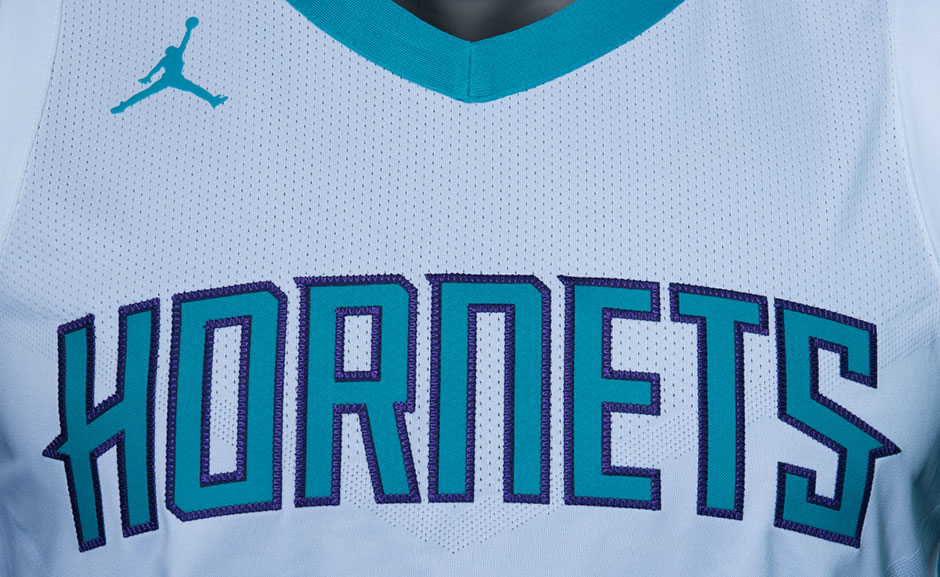 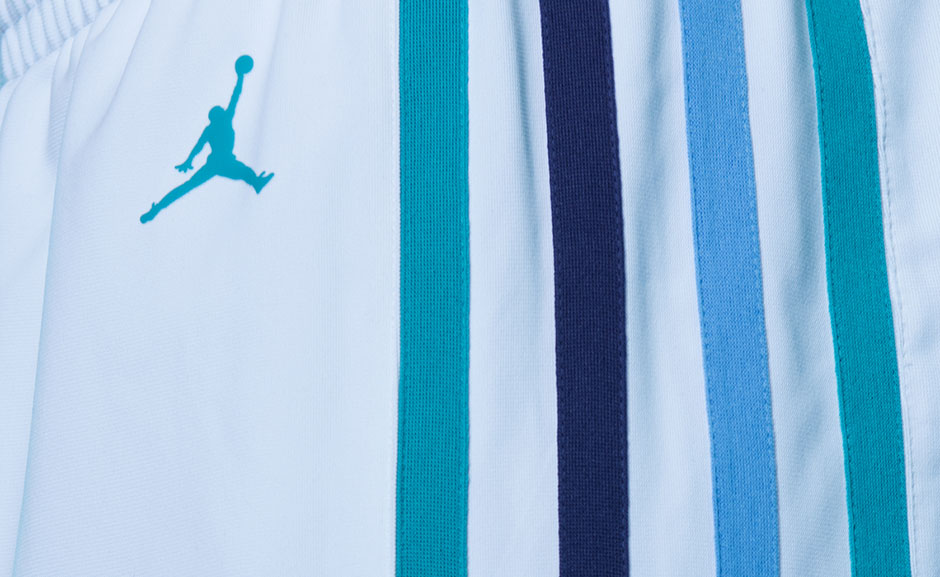 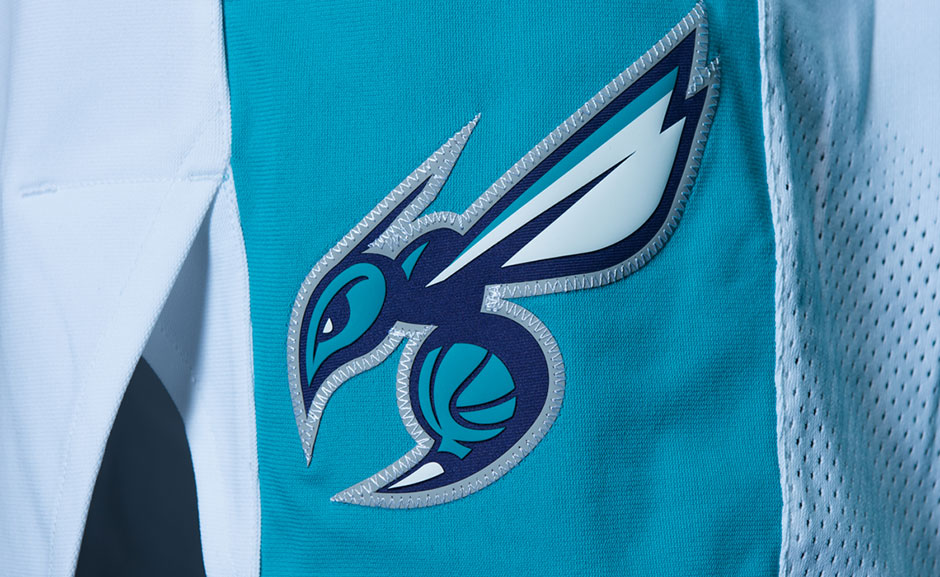 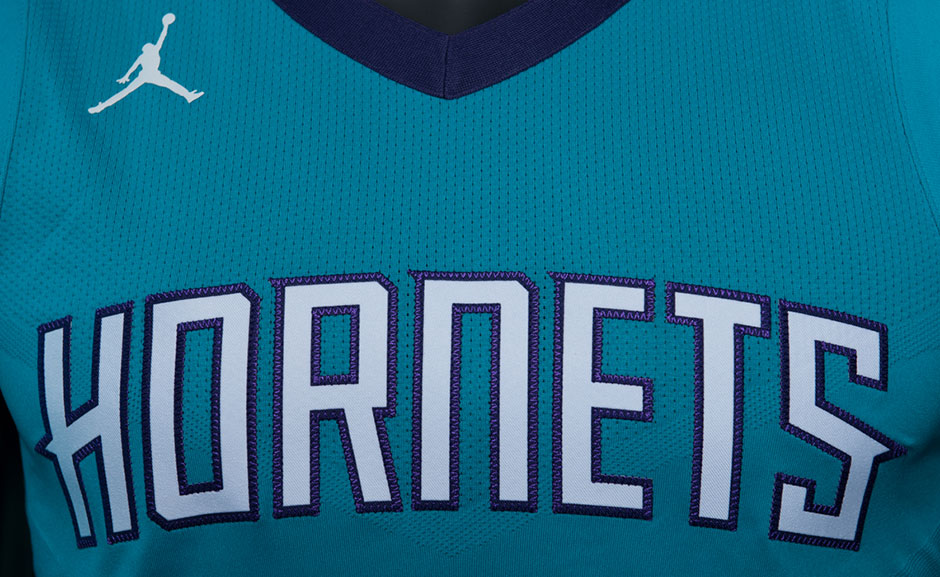 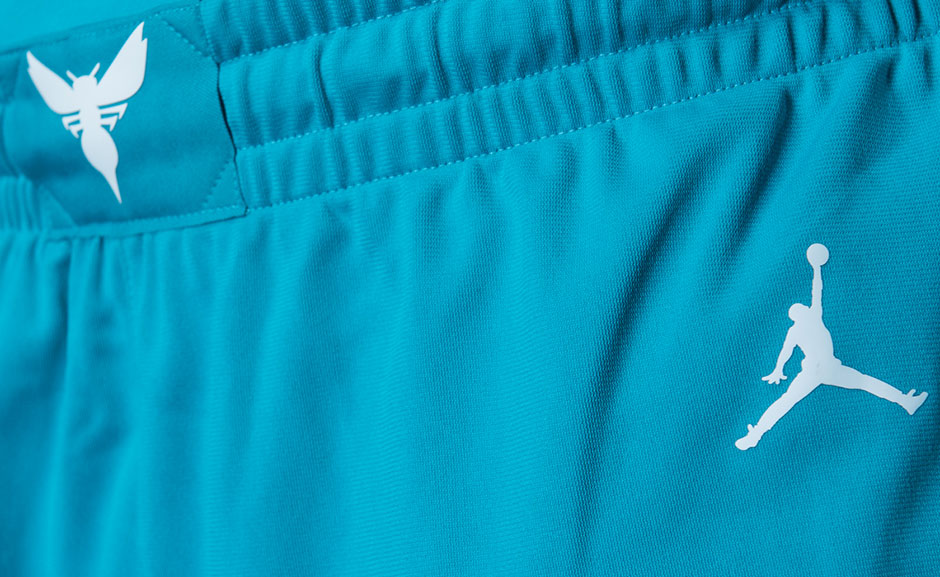 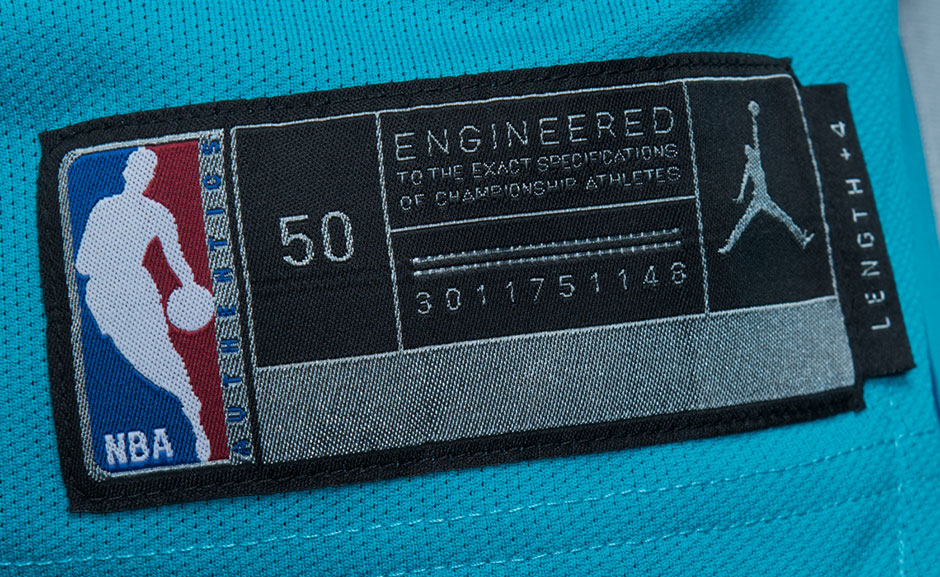