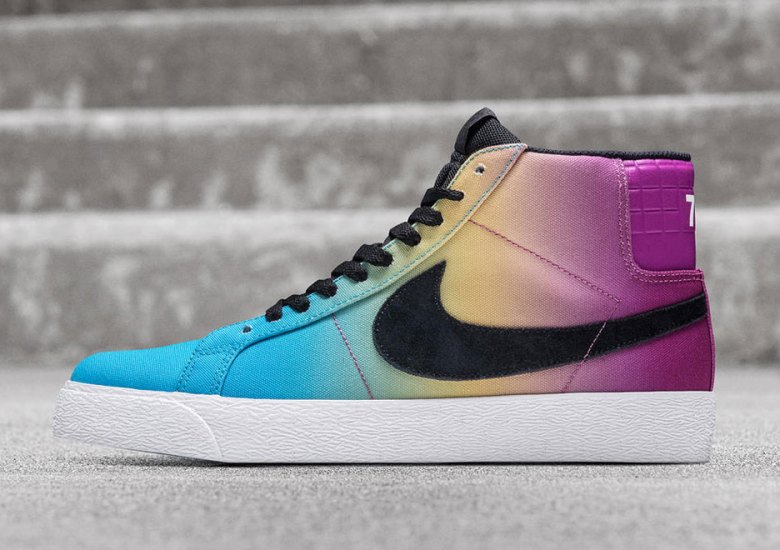 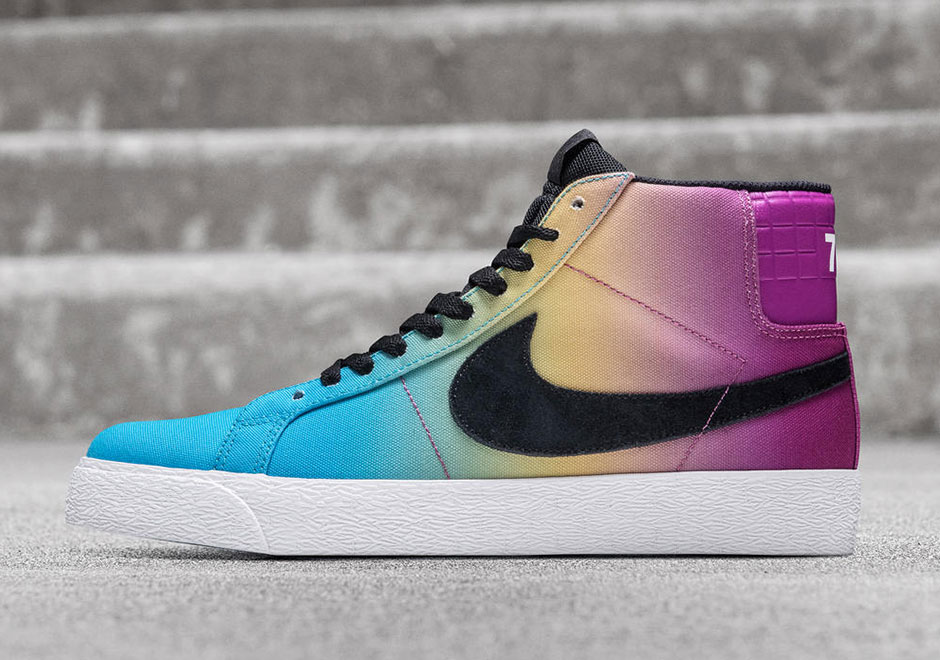 Sneakerheads know Lance Mountain as the guy behind 2014’s scratch-off Air Jordan 1 duo, but he was also one of the most important skateboard legends of the 1980s before he focused more on his time as an artist. Now Lance is collaborating with Nike once again for a special Nike SB Blazer Mid just for friends and family. The vibrant gradient pair is inspired by 1970s disco and those legendary prism-fade rock concert posters, something that Lance has used on his board graphics throughout his career. The heel also features additional stitching with ’78 and ’17 in honor of the year that Mountain first remembered seeing the Nike Blazer appear in skate magazines while the ’17 nods to the present. The leather heel dons a grid as a callout to disco balls. Don’t expect to see this pair arrive at retailers anytime soon. 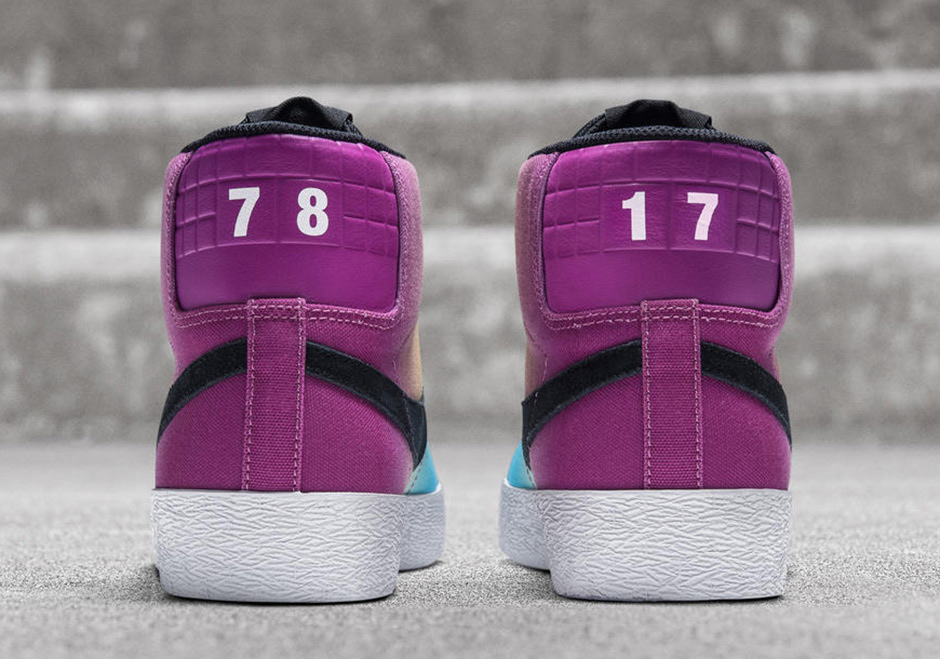 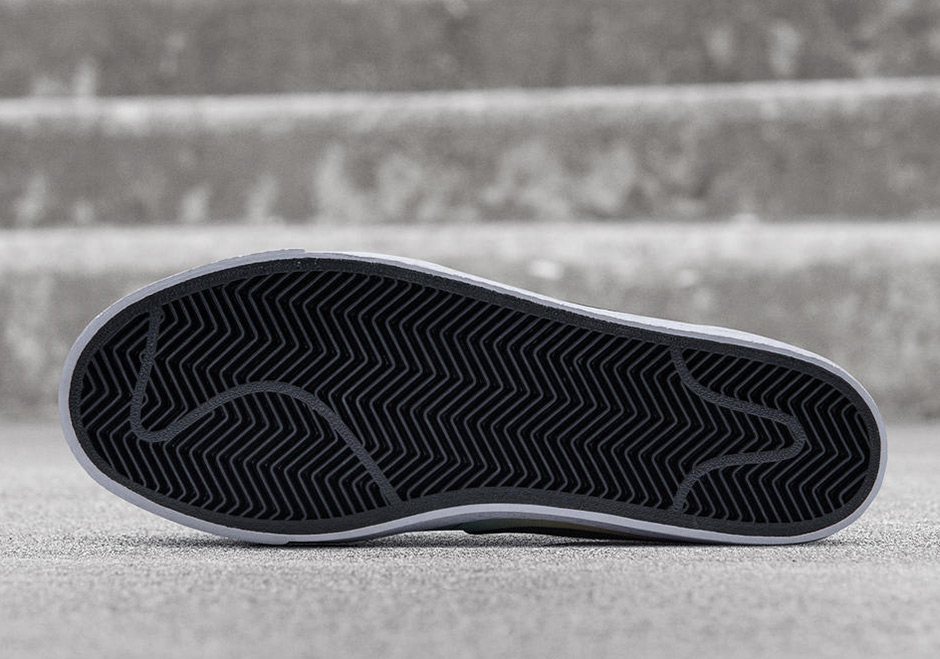 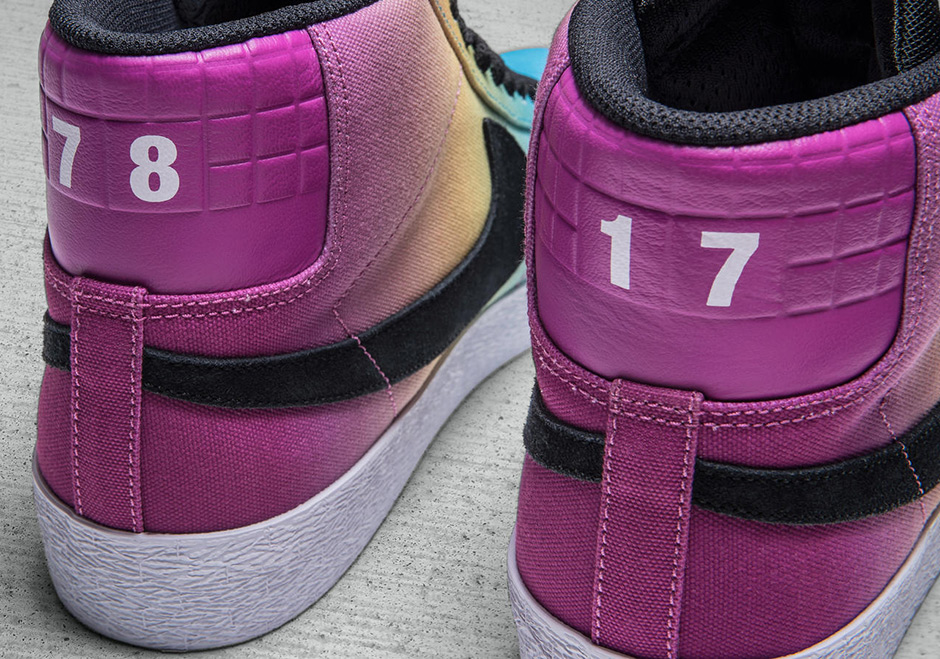